Why the West is backing Bouteflika

Yasmine Ryan
For all their public discourse about human rights and transparency in Algeria, the US and its Western allies have for years quietly backed the current regime 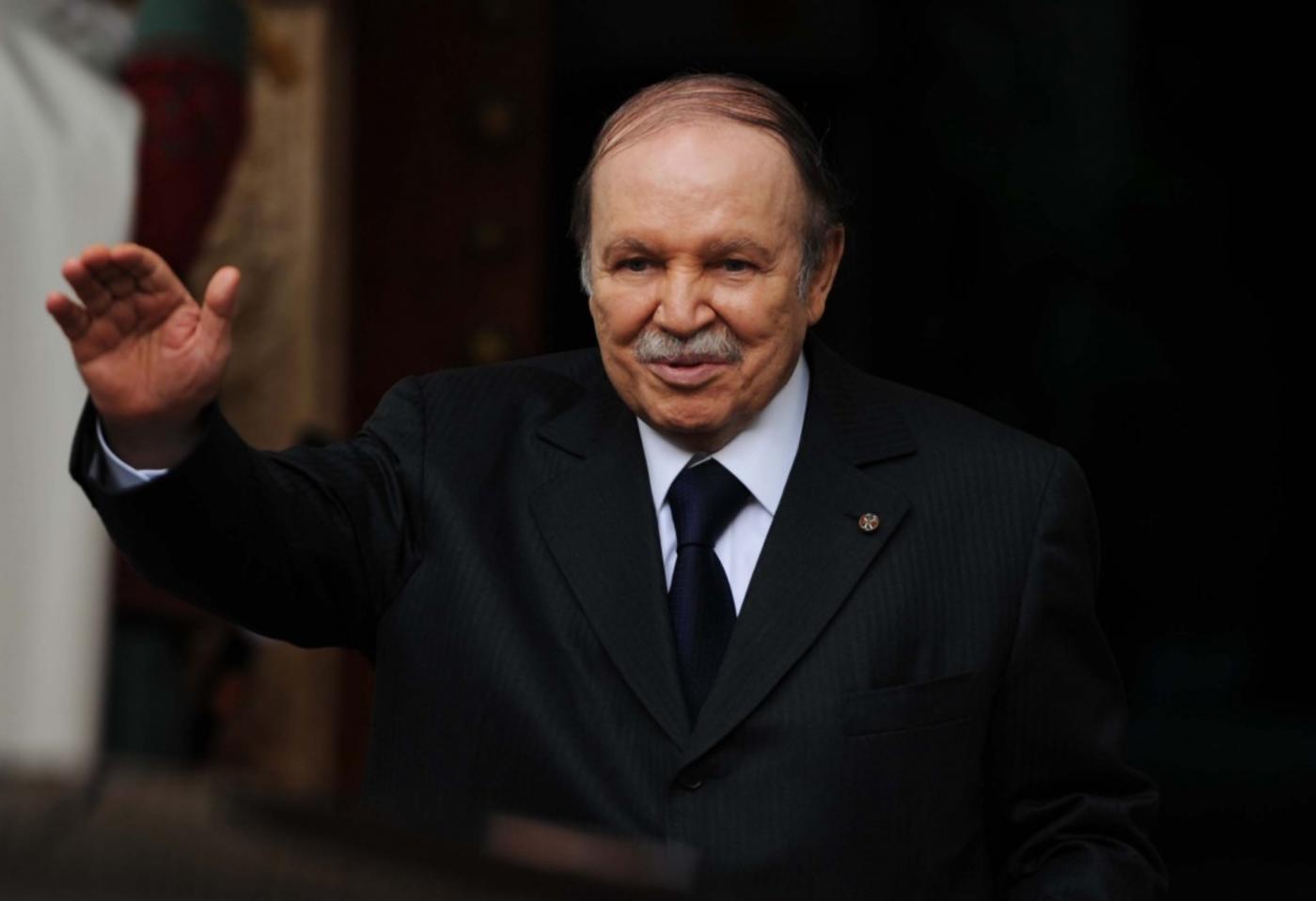 TUNIS — In Algeria's election on Thursday, the population seems set to re-elect a president for a fourth term though he's been too sick to make even a single campaign appearance.

Abdelaziz Bouteflika's supporters say he brought peace and stability to the country after a decade-long civil war. But the real determining factor in this vote will be the military. It is the army which has been the determining force in Algerian politics since the 1965 coup d’état, and Bouteflika — who played a key role in that coup — is their man of choice.

Critics say it is time for change, saying the country suffers from rampant corruption, impunity of the elite, unemployment, and a failure to invest vast hydrocarbon wealth in desperately needed development projects.

This desire for a new era is reflected among many Algerians, but they are traumatized by the internal violence of the 1990s which saw at least 150,000 killed.

The pro-status quo political elite constantly play on these fears, and this helped them contain the protest movement of early 2011 that overthrew regimes in Tunisia and then Egypt.

“The country’s situation is certainly worrying, but pushing Algerians to barricade themselves at home out of fear is not helping peaceful change that citizens so urgently want,” Algerian editorialist Madjid Larbi wrote on Friday, reacting to the tone leading state media outlets have taken in recent days. “Fear could also push some groups to resort to extreme violence.”

An intensifying stream of thinly veiled threats warns Algerians that without Bouteflika, there will be violence and chaos around election day. Critics say this reflects a "With us or against us" strategy which has been used by the military and their supporters since the bloody 1990s.

Security has been the counterargument to democracy ever since the 1992 military coup, which happened on the eve of what would have been Algeria’s first parliamentary election. It was justified on the grounds that it prevented the Islamists from certain victory. But rather than avoiding violence, it led to brutality on all sides.

For all their public discourse about human rights and transparency, the US, and its Western allies, have for years tentatively sided with the current regime, helping it to keep the status quo and avoid enacting tricky reforms.

The US, Algerian rapprochement

The US-Algerian strategic alliance has its origins in the 1990s. Much of the French establishment gave their blessing to an “eradication” campaign against the perceived danger of political Islam and while US support was more hesitant, these early links paved the way for a blossoming in ties following the 11 September, 2001  attacks.

Crucially, in 1994 when international criticism of Algeria was at a crescendo and the country was in a financial crisis, the IMF and World Bank bailed out the military regime in their most desperate hour.

“Those loans come at a really critical time for the Algerian government," said Professor Robert Prince of Denver University. "Without that loan, it looked like that government would have collapsed.”

“After things calmed down [after Bouteflika became president in 1999], the Algerian government reached out to the United States, and it was the beginning of this whole relationship,” he said.

Western interests in the region expanded in the course of the Bouteflika presidency, both economic and in terms of security. There is a widespread perception that the ruling elite have abandoned an anti-colonial spirit that survived following the 1954-62 rebellion against French rule.

The Algerian-US security bond was cemented, meanwhile, in 2001 Bouteflika visited former US president George W Bush to offer Algerian expertise and solidarity. This gave the Algerian military establishment a way to redeem itself after a decade as an international pariah.

The Bush administration found common ground with the Algerian ruling elite, and was more than happy to view North Africa through a security-centric prism. The fear that dislodging al-Qaeda from havens worldwide would lead to armed groups seeking refuge in the Sahel region, quickly led to a series of anti-terrorist collaborations. First came the Pan-Sahel Initiative in 2002, which was superseded by the Trans-Saharan Counterterrorism Initiative in 2005. Finally AFRICOM was launched in 2008, with the US footprint in the region growing ever larger. Algeria has been a crucial partner in each of these initiatives.

Relations with the West deteriorate

In 2011, Algeria’s relations with the West took a big hit when French, US and British forces led a NATO campaign to topple Muammar Gaddafi in Libya. For a brief time, activists thought that the elite's decoupling from its Western backers would offer up an opportunity to push for true reforms, but as the “Arab Spring” turned sour, the security argument regained credibility. The new uncertainty would soon push the two old friends back together.

Amr Saadani, secretary-general of the ruling National Liberation Front (FLN), and one of the main figures on the Bouteflika presidential campaign, told the Middle East Eye in an interview in Tunis last week that the heavy arms dumped into Libya by Western and Gulf states in 2011 remains one of the biggest security challenges in the region.

“The damage NATO has done in Libya has left us with serious problems. We’re managing these problems in coordination with the Tunisian army, and in Mali with France,” Saadani said. “The arms in the hands of the terrorists in Libya are not just a threat for Algeria, but for the whole of Africa and for Europe.”

In the Battle Royale between the Bouteflika camp and the DRS, Algeria's state intelligence service, the West’s interests lie firmly with Bouteflika camp reigning in the DRS and those within the armed forces that are strongly opposed.

For Amel Boubekeur, a specialist in Maghreb politics and a non-resident fellow at the German Institute for International and Security Affairs Berlin, this is largely to do with the West having an interest in reinforcing the role of the president over a nebulous oligarchy, the better to navigate its own interests.

“It’s not a matter of [individuals], it’s a matter of structural relationships,” she explains. “It’s easier to have a president they can discuss things with, rather than a complex system of army and DRS people.”

This was the context behind US Secretary of State John Kerry’s 2 April visit to Algiers. Algerian media widely portrayed the visit to be a show of support for the aging candidate, and an attempt to ensure stability in one of US’s most important strategic partners in the region.

As far as the US was concerned, Kerry’s visit was not intended to endorse Bouteflika’s reelection, said Boubekeur.

“It was instrumentalised by the Algerian regime, which wanted to give the impression that John Kerry was supporting Bouteflika,” she said.

The tone of the two men’s meeting was a far cry from Bouteflika’s first meeting with Kerry’s predecessor a generation ago. Then-US Secretary of State Henry Kissinger playfully greeted the then Algerian foreign minister as “enfant terrible” in a 1975 diplomatic meeting in Paris.

Algeria was, at that time, a symbol of proud defiance to the West.

And hear lies one of the real reasons Bouteflika’s candidacy has provoked so much discordance amongst the ruling elite - the symbolism of Bouteflika in a French hospital bed, receiving treatment for his stroke, the Chief of Staff at his side, made it very clear why a dying man has the audacity to run for a fourth term as president.

Intentional or not, Kerry’s visit has only reinforced the message that Bouteflika is the West’s guy. Bouteflika is set to win, but at the price of much resentment within the ruling elite and from the population at large, it is hard to see how this can bring long-term stability.

The fact that no Western government has condemned the election as a farce is part of the wider paradox about how they relate to the Arab world in general, even post-Arab Spring, Boubekeur argues.

— Yasmine Ryan is a freelance New Zealand journalist based in Tunisia. She has reported Algeria, Libya, France and Mali. Yasmine previously worked for Al Jazeera English and The International Herald Tribune.