Wind of change in Israel

Michal Zak
After years in the shadows, Israel’s Mizrahi Jews are celebrating their Arab origins – and proclaiming that they are the country’s true democratic voice 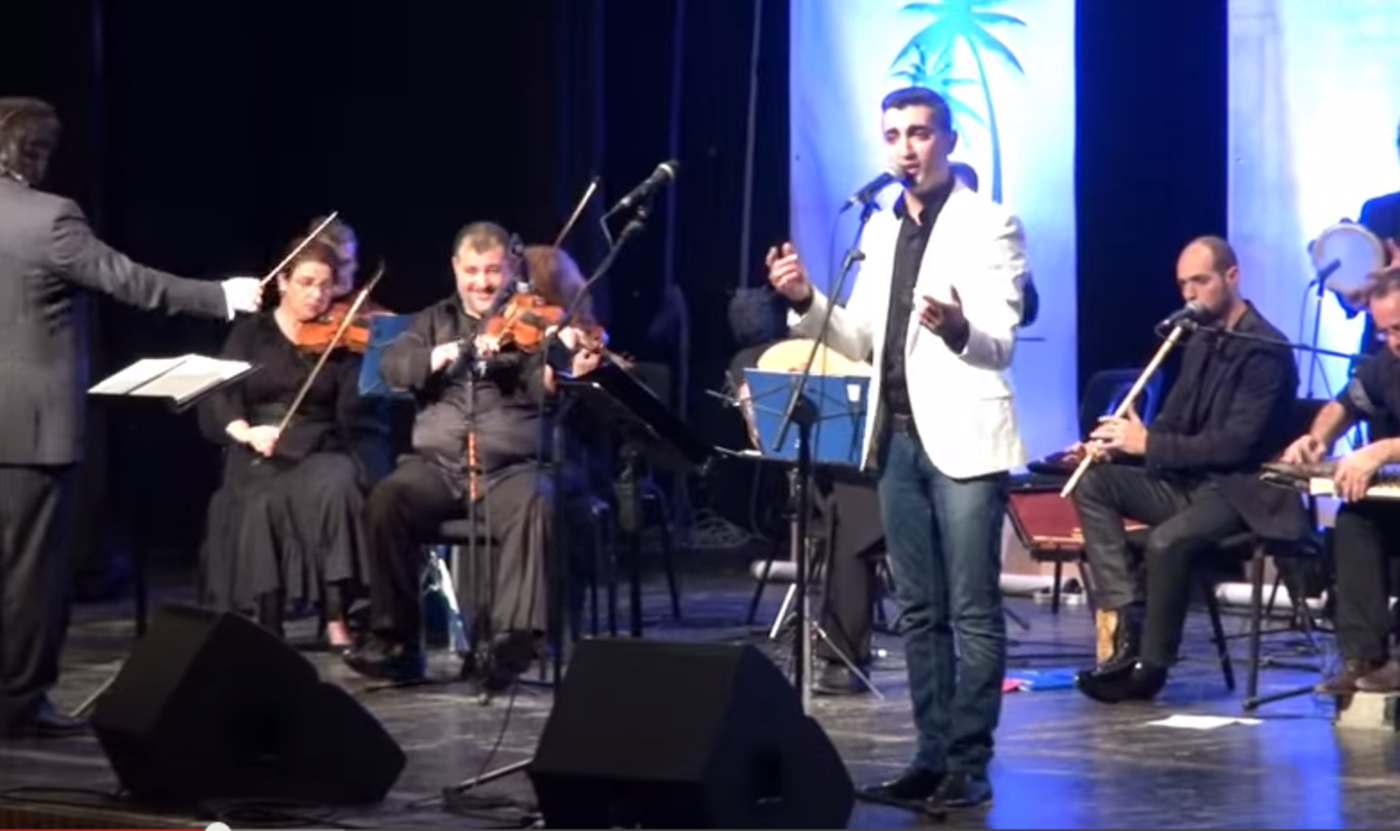 There are exciting voices in Israel today - Mizrahi (Eastern Jewish) voices that are celebrating their Arab origins and looking East.  Some of these voices can be heard on Café Gibraltar, a radio station and website. The Cafe’s staff told us that their idea is “…to honour the cultures of people around us”.  They explained further: “We live between Africa and the Fertile Crescent.  We recognise that our culture and the space in which we live is Middle Eastern.”

Last week they celebrated their fourth anniversary. Neta Elkayam was the lead performer.  She is a young Israeli Jew who taught herself to sing in Moroccan Arabic – her parent's tongue.

Like in other immigrant societies, the first generation of North Africans wanted to do what had to be done to enable their children to succeed.  Preserving their Arabic was not a part of that plan. Hegemonic Ashkenazi (western-Jewish) society did not see Arabic as an asset. Arab music was not heard on mainstream radio. It is still rare today.  Neta’s performance was amazing. There was nothing Orientalist or ethnic about it.  For a moment it felt so natural that I had to remind myself that I am witnessing a small miracle.   Ziv Yehezkel, also second generation to immigrants from Arab countries, followed Neta.  Ziv is a religious Jew who sings religious hymns. He too taught himself to sing in Arabic.

The war on Gaza revealed that the Ashkenazi left is becoming irrelevant. During the war it mostly projected ambivalence. Liberal ideals were mixed with nationalistic and anti-Arab sentiments. The war destroyed the traditional divisions between left and right.

During the war I was troubled to hear leftwing Jews around me who were worried, scared and horrified by the violence that they saw on the streets. The targets of this violence were Arabs and leftwing Jews who demonstrated against the war. They expressed revulsion by what they called “the barbaric and fascist behaviour of rightwing (mostly Mizrahi) Jews”.   There was no similar revulsion or concern regarding our pilots – most of them Ashkenazi – although the latter were responsible for a lot more damage and violence.

This widespread perception of members of one group as a threat to “our” democracy while members of the other group are viewed as enlightened heroes led me to pay a visit to Shira Ohayon in Ashdod on the first day of the ceasefire.  Ashdod, once the Palestinian city of Isdood, is now home to 215,000 residents originally from Morocco and the former USSR.  This summer the city was struck by 339 rockets.  Ohayon, a teacher, a social activist and the educational director of the Mediterranean Orchestra, received me on her terrace overlooking the Mediterranean.  “I came to write about the small and important Mizrahi left,” I explained.  She told me that I had already got it all wrong.  My mistake was that I continued to think in the conventional terminology of right and left:

“We are not a minority of leftwing Mizrahis.  We are the majority…The dominant culture of most Mizrahis is Arab, so together with the Arabs we are the majority… and the true democratic force.  It began with the Israeli Black Panthers in the 70s.  They were poor Moroccan Jews but they fought for equality and social democratic values for all. They were not sectarian.”

The Jews from Arab countries immigrated in the early 50s and most of them were housed on the borders.  They are still there today. If you live on the border of an enemy country, you are the first to suffer from attacks and you can easily develop animosity to that enemy.  Sderot, for example, is a town of 21,500. It was built on the ruins of Najd, on the Gaza border.  Most of the residents there are originally from Morocco.  Sderot suffered from rockets for 14 years but no one really did much about that. “One rocket on Tel Aviv and the whole country goes to war. Our blood is not as important,” said Ohayon.

“It is intriguing how open-minded the Ashkenazi left is about the Palestinians’ rights and culture, and how antagonistic they are towards Mizrahi rights and culture.  A leftwing minister of education included poems by Mahmoud Darwish in the curriculum, but when we demanded representation of Mizrahi culture in the curriculum, we were rejected… They speak about Palestinians all the time, but they hate us, I can’t understand it.  As if our culture is not Arab… The discourse is not only one of rejection.  It is racist.”

Ohayon’s observation is interesting.  One explanation could be that she is wrong.  The Ashkenazi left does not really like the Palestinians either.  To sum up its ideology concerning the conflict one can use their campaign phrase: “We (Jews) are here and they (Palestinians) are there.”  They advocate a two-state solution that will bring the Jews from the illegal settlements back to Israel, but will also sanctify the border and justify our state as a Jewish State. “If they really believed that Jews and Palestinians are equal, they would not have been so scared of mixing in one binational state,” said Ohayon.

Another possible explanation could be that it is easier to like the Palestinians because they are the total “other”. The Mizrahis are a bigger threat because, as part of the same religious group, their Arab culture poses a real threat to the hegemonic culture.   It is common to hear people say: “If their culture spreads we will become an Arab country, God forbid.”  This mindset tries to reduce the Mizrahi culture to folklore, regarding it as inferior.

Ohayon explained how mainstream society succeeded in getting her and her parents’ generations to do the work of erasing layers of their own Arab culture:  “My father (who came from Morocco) didn’t let us listen to local Mizrahi music which was perceived by the mainstream as low culture.  He understood that it is better that we don’t listen to anything that is not mainstream.  But he himself listened to Farid al-Atrash and other classic Arab singers! I used to turn off the radio when his Arab music went on the air.  It was music that I tried to erase because I was ashamed – the same shame I felt when my mother would speak Arabic on the street.

“The idea was that if we get rid of our eastern ways, we can integrate and be successful.  And it’s true.  Those of us who gave up our identity enjoyed social mobility – but at a high price of giving up our culture and language.  Our parents were humiliated.  They gave up everything for our success.  Now we are paying back a debt.  When I put on a performance with the repertoire of Umm Kul Thum or of the Algerian Salim Halali, I am putting on the front stage the music that I didn’t let my father hear and I am making reparations with my mother when I felt ashamed of her Arabic.”

Living under the threat of missiles intensified the crisis of identity for those who see themselves as part of the Arab culture. “The struggle must be for democracy, here and everywhere. It’s not against Islam,” said Ohayon.  “I wouldn’t have a problem with this country being an Arab country.   I speak Arabic.  My problem is with the kind of political system that the country will adopt.  I want it to be a democracy.”

Ohayon, like the young singers Elkayam and Yehezkel, is creating a new vision that includes Arab culture alongside Mediterranean European culture.

Maybe that is the new wind I felt blowing.  When Ohayon put on a performance with Yehezkel – the religious singer and the Arab Nasrin Kadri, she in her words, “broke all the walls that the Zionist movement built for us.”