Yemen war one year on: Are peace talks doomed to fail?

Afrah Nasser
In order to find a solution to the conflict in Yemen, the warring parties must address the shortcomings of previous talks 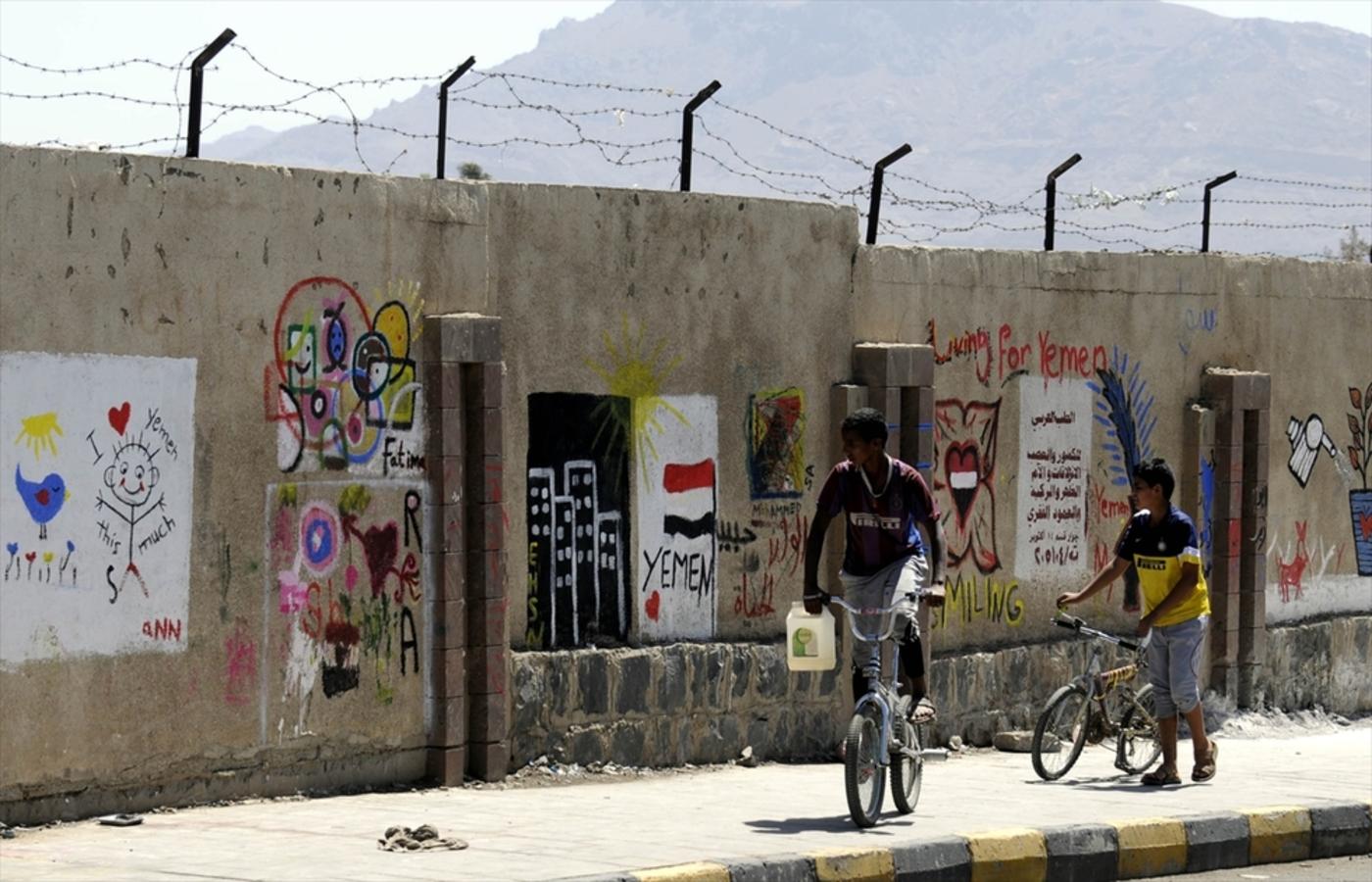 As the war in Yemen enters its second year, the previously adjourned peace talks led by the United Nations special envoy for Yemen, Ismail Ould Cheikh Ahmed, are scheduled to resume in mid-April in Kuwait. The talks cannot succeed until their structure is revised and attitudes are changed on both warring sides.

During the covert and overt peace negotiations to end the conflict, both sides have shown interest in reaching a political solution while accompanying attempts for a ceasefire have been infringed on the ground with increasing brutality.

Talks in Switzerland, in Oman and then again in Switzerland failed to establish concessions for a roadmap to a political solution and a long-term ceasefire. Instead, they gave a chance for warring parties to reposition themselves in renewed fighting.

Significant problems in the talks lay in the structure of the talk process and in the warring sides' attitudes.

Rather than having a negotiation table that includes all parties to the conflict, previous talks focused exclusively on two parties - Abd Rabbuh Mansour Hadi's government and the Houthi-Ali Abdullah Saleh alliance - and failed by excluding a major party in the conflict, the Saudi-led coalition supporting Hadi.

The exclusion of the coalition camp ultimately represented an ineffective communication and contributed to the renewal of the fighting more aggressively. Over the past year, more than 6,400 people have been killed and more than 30,000 injured, and 7.6 million people are in a position of severe food insecurity, according to the UN.

It is difficult to see the possibility of productive negotiations if the Saudis don't sit around the table as well and became involved in direct communication with all the warring sides.

A previous exchange of prisoners swap and the latest one between the Houthis and the Saudis, conducted by intervening tribal men, exemplify how talks might be more productive if the two sides started talking to each other.

An important missing component in previous talks was the participation of women. Yemeni women are playing a vital role as advocates for peace-building, as affirmed by Oxfam's executive director, Winnie Byanyima, and yet they have nearly no access to the peace talks.

As a result, Yemeni women are struggling to ensure their participation at the negotiation table through a "Pact for Peace and Security" endorsed by the UN Women, the body created in 2010 as the United Nations Entity for Gender Equality and the Empowerment of Women.

Above all, the logic of the strategies used by both sides demonstrates their different attitudes towards any prospect of peacemaking. The Saudi-led coalition's spokesperson, Brigadier General Ahmed al-Asiri, has stated that its goal is to bring a political solution to the conflict - while the military plan has never ceased.

The UN High Commissioner for Human Rights, Zeid Ra'ad Al Hussein, has reported that "the coalition is responsible for twice as many civilian casualties as all other forces put together".

On the other side, the Houthi-Saleh bloc's goal is to attain a military victory. Under such attitudes, reaching a political solution is a remote possibility.

Furthermore, the two blocs' disparate political capabilities make it difficult to foresee a political or military answer to end the fight.

The Saudis excel in politics while the political capabilities of the Houthis' are limited, but the latter have excelled in military confrontations as they had previously gained tremendous field experience during the six wars between 2004 and 2010 against the Yemeni government under the now ousted president Saleh's rule.

The idea to keep on fighting till the last drop of blood is not new to them, as fighting has become their forte.

Additionally, the role of bystanders in this conflict contributes towards slowing any peace process. Western countries such as the United States and Britain are known to be significant suppliers of arms to Saudi Arabia, and they both have kept silent over widely publicised reports about the unlawful use of weapons in Yemen (PDF).

Another bystander in the conflict is the anti-Houthi, silent majority Yemeni group, who are forced to be silent as any dissidence in regard to the Houthis is met with a serious crackdown. Tens of Yemeni journalists have been killed, jailed or forcibly disappeared under the Houthis' rule.

The conflict has caused serious human rights abuses which undermine the objective of a peaceful resolution.

With about 80 percent of Yemen's 21 million people in desperate need of assistance - a figure greater than anywhere in the globe, including Syria - and a looming famine set to ravage the country, the humanitarian situation is catastrophic.

In addition, Al-Qaeda in the Arabian Peninsula is expanding and fighters of the Islamic State group (also known as Islamic State of Iraq and the Levant) are emerging.

A dangerously growing anti-US and anti-UK sentiment is also on the rise as Yemenis see the US- and UK-made weapons, including cluster bombs, being used by the coalition forces. All these factors will backfire sooner or later.

More importantly, the longer the war drags on, the more do different political and military factions appear in the country. If these factions are not taken into consideration in any negotiation table, achieving a lasting peace will be an impossible mission.

The continuation of the conflict is a recipe for an irreversible disaster. In order to find a solution to the conflict, the warring parties must address the shortcomings of previous talks and come up with a new talks structure, focusing on immediate humanitarian concerns with long-term goals that take into account the full complexity of the conflict.

-Afrah Nasser is a Yemeni freelance writer and blogger focusing on human rights violations, based in Sweden since May 2011. She's the co-founder of the Yemeni Salon in Sweden. She blogs at: afrahnasser.blogspost.com.

Photo: Yemeni children look at murals on the country's war, painted on the walls of Sanaa University on 17 March, 2016 (AA).