Yemen: The world’s newest humanitarian catastrophe, and how Britain helped to create it

David Wearing
The UK wants to know how to deal with terrorism in the Middle East: they should stop fuelling and participating in it 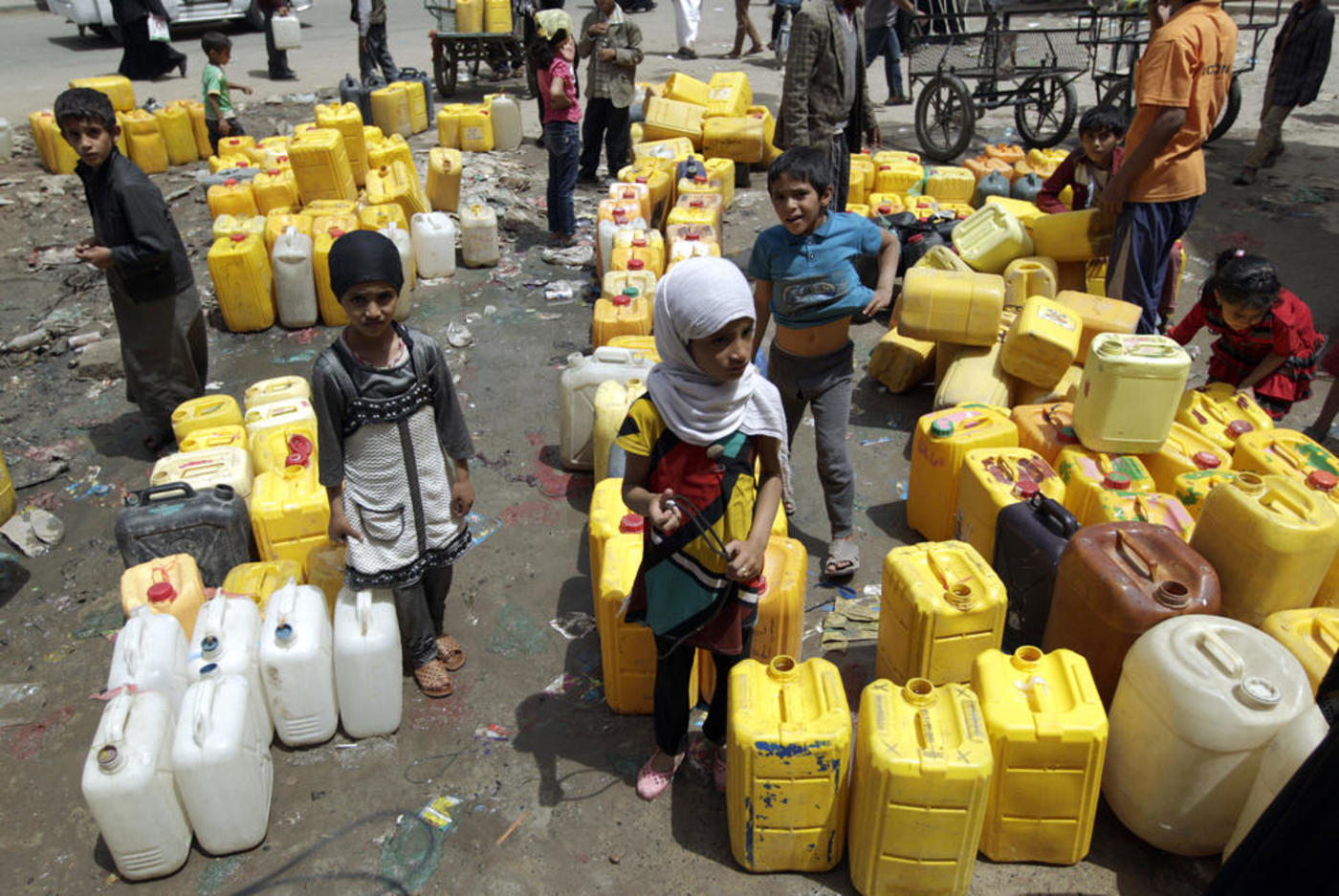 Britain has actively contributed to the creation a humanitarian disaster in Yemen, and potentially helped turn the Middle East’s poorest state into the new Syria. Not hyperbole or rhetoric, just a bald statement of fact. I’ll leave it to others to try to explain the near total silence on this issue throughout the British media and across the political spectrum. For now, it will suffice simply to tell the story.

This week the UN declared its highest level of humanitarian emergency in Yemen, with more than 21.1 million people (over 80 per cent of the population) in need of aid, 9.4 million with little or no access to water, and 13 million facing “a food security crisis” as the country teeters on the brink of famine. A fortnight ago the World Health Organisation confirmed an outbreak of potentially lethal dengue fever as a result of the general collapse of the state, civilian infrastructure and health services, with over 3,000 cases recorded since March. The total number of internally displaced people has now reached a million, with a quarter of a million made refugees.

Aid agencies have placed the blame primarily on a coalition led by Saudi Arabia, including the likes of Qatar, the UAE and Egypt, and backed by the US and UK, whose air campaign and naval blockade have dramatically worsened the situation in an already desperately impoverished country. The assault began in late March, when the Saudis and their allies waded into a civil conflict on the side of President Abd Rabbuh Mansour Hadi against the northern Houthi rebel movement. It is a case of the wealthiest Arab states joining forces to bomb and starve the poorest, with the assistance of two of the world’s richest and most powerful countries.

From the start, Whitehall pledged to back the Saudis “in every practical way short of engaging in combat”. This has involved ongoing logistical and technical support to the Saudi air force (which operates twice as many UK-built jets as the RAF), as well as the continued supply of munitions, while Royal Navy liaison officers work alongside their Saudi counterparts enforcing the blockade.

Media reports offer occasional unattributed intimations that the British have been urging restraint on the Saudis, but the PR value of this is limited given the material support that continues to be provided irrespective of the human cost. The recent announcement of a £40m UK donation to the UN’s $1.6bn humanitarian appeal for Yemen was practically an insult. A drop in the ocean of what was needed to heal a disaster that Whitehall had itself helped to create.

The official death toll since March now exceeds 3,000, higher than last summer’s conflict in Gaza, although in a country like Yemen with many remote and inaccessible areas, the true number could be higher still. In the first days of the war, Amnesty International accused Saudi-led forces of “turning a blind eye to civilian deaths and suffering,” in the wake of airstrikes on a factory and a refugee camp that killed around 80 people. By early May, Human Rights Watch had identified “credible evidence” that the Saudis were using banned cluster bombs, which pose an inherently indiscriminate, long-term threat to civilians.

Last week, both Human Rights Watch and Amnesty International published reports accusing Saudi-led forces of carrying out airstrikes on civilian targets that amounted to potential war crimes. The parallels with other religious fundamentalists murdering and terrorising civilians in the region do not end there. The archaeologist Lamya Khalidi has accused the Saudis of deliberately targeting Yemen’s rich array of priceless historic sites, in a campaign of “vandalism” that is “hard to distinguish from the Islamic State’s” in Iraq and Syria.

Like so many other countries across the Middle East, Yemen was the scene of mass protests from early 2011, triggered both by political repression and severe economic grievances. The Saudis and their Gulf allies moved to defuse the situation while preserving the existing order by engineering the replacement of President Ali Abdullah Saleh with Hadi, his deputy, who subsequently ran unopposed for a short term presidency which officially expired last year.

The failure of the transitional process to address the country’s deep-seated problems left space for the Houthis to move on the capital, allying themselves with forces still loyal to Saleh.

What Yemen needed at this point was a negotiated settlement to halt the descent into violence. Instead, Britain along with other members of the UN Security Council passed a heavily biased resolution supporting the Saudi intervention, as though the monarchs of the Arabian peninsula were credible protectors and midwives of Yemen’s transition to democracy, with the best interests of its people at heart.

The Saudis’ war has only succeeded in escalating the violence and instability further, turning negotiated peace into a far more distant prospect. As has been the case in Syria, the involvement of international actors using Yemen’s internal problems as a battlefield for their own geopolitical agendas and rivalries has poured fuel on the flames, and helped to expand an anarchic space which extremists from al-Qaeda and now Islamic State itself have rushed to fill.

In the interests of maintaining its long-term strategic alliance with Riyadh, and protecting its investment in a conservative regional order, London has not only helped to create a humanitarian disaster in Yemen, but also enabled an alarmingly aggressive foreign policy turn under the new Saudi king. The destruction of Yemen is many ways a message from King Salman to Iran, whose backing for the Houthis has been seriously overstated by an increasingly paranoid Saudi regime.

The Riyadh-Tehran rivalry is fundamentally about regional power rather than religion, but it is inevitably now playing out in both violent and explicitly sectarian ways. By supporting the Saudis’ war in Yemen, Britain is helping to drive both that country and the wider region deeper into the abyss.

Since last week’s atrocity at a beach resort in Tunisia, politicians and commentators have been discussing how the British state can best tackle the problem of terrorism in the Middle East. Well here’s one suggestion. Stop fuelling it, and stop participating in it.

Photo:Yemeni children wait to fill their jerrycans with water from a public tap amid an acute shortage of water supply. (AFP)