US to send 3,000 troops to Middle East after embassy attack, Soleimani killing 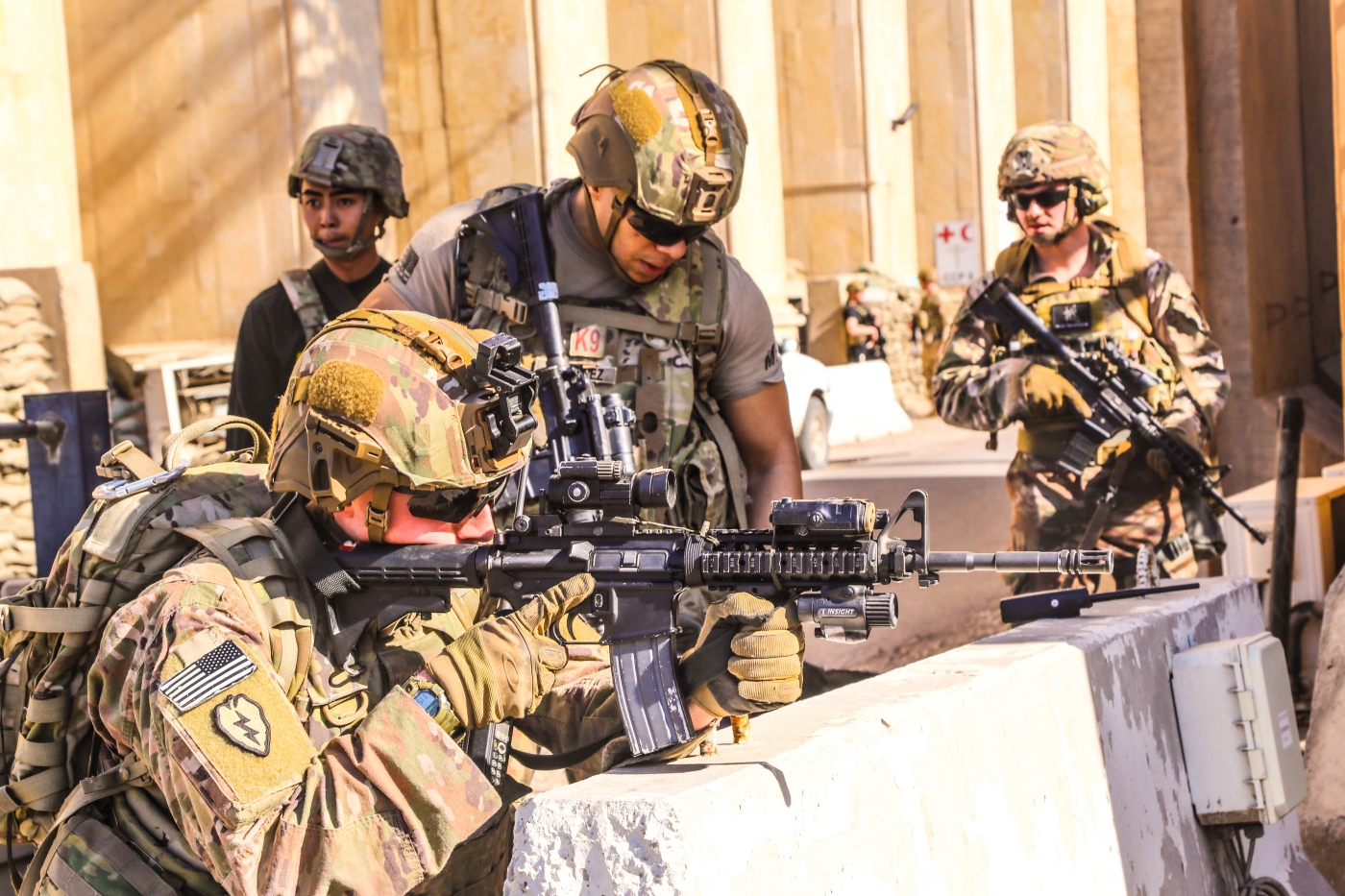 The United States is sending almost 3,000 soldiers to the Middle East as a precaution amid rising threats to American forces in the region, US officials said on Friday.

The announcement came after an American air strike killed Qassem Soleimani, the commander of Iran's secretive Quds Force and one of the country's most powerful figures.

After Soleimani's assassination, Iran vowed "severe revenge" against his killers. The officials, speaking on condition of anonymity, said the troops would be joining the roughly 750 forces that were sent to Kuwait earlier this week.

The deployment of additional soldiers from a brigade of the 82nd Airborne Division comes after thousands of protesters, most of them affiliated with the Iran-backed Popular Mobilisation Forces (PMU), attacked the US embassy on Tuesday.

Angry crowds marched unimpeded through the checkpoints of the usually high-security Green Zone to the embassy gates, where they hurled rocks towards the compound, outraged by US air raids in Iraq and Syria that killed 25 PMU fighters on the weekend.

The overnight attack, authorised by US President Donald Trump, was a dramatic escalation in a "shadow war" in the Middle East between Iran and the United States and its allies, principally Israel and Saudi Arabia.

In a tweet, Trump said Soleimani had "killed or badly wounded thousands of Americans over an extended period of time, and was plotting to kill many more", but did not elaborate.

Their deaths divided Iraqi public opinion. Many condemned the attacks, seeing Soleimani as a hero for his role in defeating the Islamic State group. Others voiced approval, saying Soleimani and Muhandis had backed the use of deadly force against unarmed anti-government protesters last year and put in place the militias they blame for many of Iraq's social and economic woes.

Reuters news agency reported later on Friday that US Defense Secretary Mark Esper had cancelled plans for a personal vacation amid the intensifying tensions following the assassination.