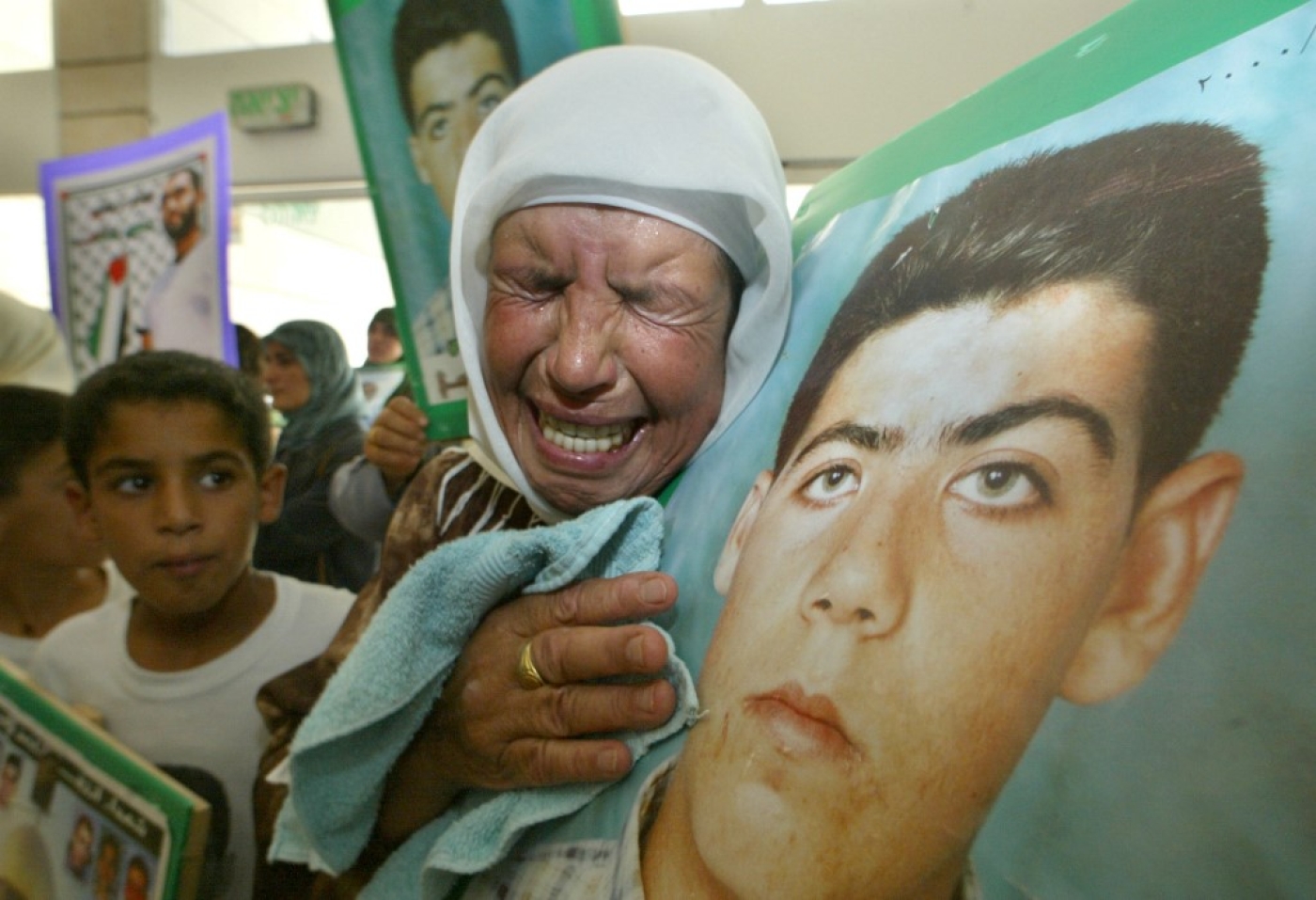 We know of no other historical moment since the Nakba that united Palestinians in the way that the start of the Second Intifada did. We witnessed events that caught the attention of all Palestinians, as varying forms of struggle intensified across different areas.

Smoke in the sky from burning tyres blurred the Green Line. Systematic Israeli fragmentation was disrupted for weeks on end

Until the outbreak of the intifada, we had also not witnessed since the Nakba a similar disintegration in the differences between Palestinians of 1948 and 1967. The Palestinian of Gaza died in 1948-occupied Palestine, and 1948 Palestinians were wounded in the neighbourhoods of Jerusalem. It was no longer possible to differentiate between photos of the occupied West Bank and the Triangle area of 1948 Palestine.

Smoke in the sky from burning tyres blurred the Green Line. Systematic Israeli fragmentation was disrupted for weeks on end.

Twenty years since the start of the Second Intifada, the question remains: How did this inclusive and collective event end with the deepest rupture in the history of the Palestinian people, and an unprecedented initiative by political and social groups within the 1948 Palestinian community to assimilate with colonial institutions?

The answer requires assessing the reality in which we’ve lived for the past two decades, with knowledge of traditional colonialist strategies. Inside the Palestinian territories occupied in 1948, we witnessed a shift from unified uprisings to demands to integrate into Israeli institutions. How did Israel pave the path for our capitulation after the Second Intifada?

The essence of colonialist Zionist efforts is to rip apart the Palestinian people, both socially and politically. To achieve this, different legal and administrative models were followed in each geographical area, and the systems of control varied. Intifada: The writing was on the wall
Read More »

Several factors, including the extent of Israeli state violence, the level of “privileges” granted to each region or social stratum and the differing boundaries for political activism and work contributed to varying forms of Palestinian resistance in each area, along with different levels of individual and collective sacrifice.

In the first few days of the Second Intifada, unified resistance shook the Israeli system of division, upsetting its security and political balance. The uprising fuelled a barrage of clash points that shocked and drained the security system. It brought the enemy back to its primitive savagery, uncovering its bloody essence.

Bullets alone were not enough to stem the uprising. Israel needed a deeper and longer process to consolidate its system of division. This process consisted of reframing the narrative and erasing the unified character that differentiated uprising from crime.

The state carried out this operation by way of a device with a vital historical role, cloaked in the appearance of an investigative committee: the Orr Commission. Formally titled the National Commission of Inquiry into the Clashes Between the Security Forces and Israeli Citizens in October 2000, the committee was appointed by the Israeli government and headed by Supreme Court Justice Theodore Orr to investigate and report on the killing of 13 Palestinians by Israeli police.

On 28 September 2000, worshippers and leaders from Palestinians in the '48 territories stood to confront then-Likud leader Ariel Sharon when he marched into the al-Aqsa Mosque compound. The next day brought hundreds to the mosque again; several Palestinians were killed and scores more were injured. Israeli bullets did not differentiate between Palestinians’ different-coloured IDs.

On 30 September, as political factions announced a general strike, the Galilee and Triangle regions witnessed protests and civil disobedience in the form of road closures, and an attack on a police station in Nazareth. It was clear that evening, especially after images emerged of 12-year-old Mohammed al-Durrah’s killing, that the fires in each Palestinian village and city would not easily be put out.

Within the span of a month, Israeli forces crushed the intifada in the 1948 territories. Scores of people were killed, wounded or imprisoned. Economic pressure was used, including the suppression of vital services and products. We also saw waves of workers fired.

In November, the Orr Commission was appointed - a defining moment in the “Arab-Israeli” narrative of the intifada in 1948 areas. The final report was based on an extensive hearing process and published in September 2003. Its main finding was that the root cause of the uprising in '48 was “discrimination”, and it criticised the government for not prioritising the needs of this community. It called on the state to close gaps in education, housing, development, employment and services.

Amid the extraction of these important issues from their colonial context, the report ignored the al-Aqsa Mosque issue - the catalyst that brought people to the streets. From its publication up until today, the report constitutes the main outline of the Israeli government’s policies towards Palestinians of 1948.

The government adopted the committee’s recommendations, formed a special committee to implement them and drew up parliamentary groups to monitor their implementation. Many plans were created to “develop the Arab sector” and integrate Palestinians into government institutions.

More importantly, the report was used as evidence of racial discrimination against Palestinians in ’48, becoming a central reference for political and human rights work in the community. Palestinian parties in the Knesset drew up speeches and draft laws based on it, as well as dozens of petitions to human rights groups.

The 1948 Palestinian leadership’s adoption of the report was a huge mistake - no less of a blunder than the Oslo Accords for the 1967 Palestinian territories.

The Orr Commission aimed to “cure” Palestinian unity by restoring the model of colonial separation, which had been cracked. It implemented the colonial framework of transforming the colonised into subjects without any will. The issues and opinions that brought thousands into the streets, and the sacrifices they made, became mere symptoms of a deeper crisis in their relationship with authorities. It was as though tens of thousands hadn’t gone out in protest, waving Palestinian flags and professing their Palestinian identity. 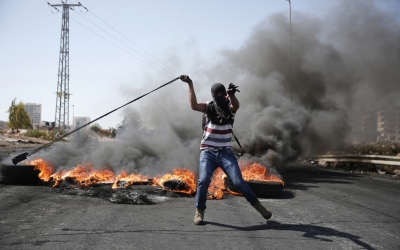 A new intifada for a new generation
Read More »

An official summation of the report reads: “The riots inside the state coincided with serious riots in Judea, Samaria and the Gaza Strip. Prominent personages from the Arab sector indicated this was not coincidental, and reflected interaction between Palestinians inside the Green Line and Palestinians on the other side of the demarcation.”

It continues: “Even this combination of events is unprecedented. Against the background of these aspects, the events were considered an ‘intifada’ that exceeded the definition of local uprisings … The messages transmitted during the October disturbances blurred and sometimes erased the distinction between the state’s Arab citizens and their legitimate struggle for rights, and the armed struggle against the state being conducted by organisations and individuals in the West Bank and Gaza.”

Noting that “the concept of citizenship is incompatible with the presentation of the state as the enemy”, the report details methods to disperse protests in the ’48 territories, the circumstances in which it might be necessary to use live ammunition and rules on the use of snipers.

These are not questions that Israelis ask about the crimes they commit in the occupied West Bank. Presenting it in this context is not a judicial formality, nor merely a democratic attempt to preserve the image of Israel. It is a means of control, ensuring that soft power is managed as a tool for division.

The report summation notes: “The state must work to wipe out the stain of discrimination against its Arab citizens, in its various forms and expressions. In this context, the state must initiate, develop and operate programmes emphasising budgets that will close gaps in education, housing, industrial development, employment and services.”

After the state formally adopted the report’s recommendations and the illusions of accountability for those responsible for the killing of 13 martyrs were dispelled, nothing remained of the commission’s report beyond its calls for “bridging economic and social gaps”. In practice, the report paved the way for a tango dance between the Israeli government and the political leadership of 1948 Palestinians.

This ultimately led in 2015 to Government Resolution 922, a five-year plan that the Joint List celebrated as a great achievement. It explicitly vowed, for example, to recruit hundreds of Arab officers into Israel’s police service, alongside other more profound blunders, under the guise of “economic development”.

Also as part of the Orr report’s implementation, the Authority for the Economic Development of the Arab, Druze and Circassian Sector was established in 2007 as part of the Prime Minister’s Office, with the explicit aim of developing Arab initiatives and investments in Israel, encouraging integration into the Israeli labour market.

This was all done with the aim of strengthening 1948 Palestinians’ attachment to Israel, and to fuel the sociopolitical divisions of the Palestinian people. Experience has taught us not to raise our expectations of the political leadership, whose status and functions are rooted in colonial law.

The report is an ugly and shameful falsification of a glorious historical moment, and of the will of those who took to the streets that day

In 1976, when Land Day events broke out, the Israeli government was presented with the confidential Koenig Report, which was later leaked to an Israeli newspaper. It aimed to outline the repression of Palestinians in ’48, maintaining their political subservience to Israel and deterring them from “nationalist tendencies”. The document argues that the reason for the “rebellion” of Land Day was that the state did not equip the tools to secure their attachment to the Jewish community in a proper and effective manner.

The similarity between the logic of the Koening Report and the Orr Commission report is striking. The Orr report appears as an implementation of the Koening document, which called to manage the suppression of Palestinians in ‘48 with the ability to analyse the disturbing trends and try to treat them with objective thought that secures long-term Jewish national interests.

Palestinians played into the divisive and colonial logic of the Orr Commission by demanding its establishment, participating in its work and adopting its recommendations. The report is an ugly and shameful falsification of a glorious historical moment, and of the will of those who took to the streets that day.

The investigation did not lead to any justice. All it did was highlight to Palestinians in ‘48 their advantage over the occupied West Bank and Gaza: that their blood deserves a commission of inquiry.

A longer version of this article first appeared in Metras website. 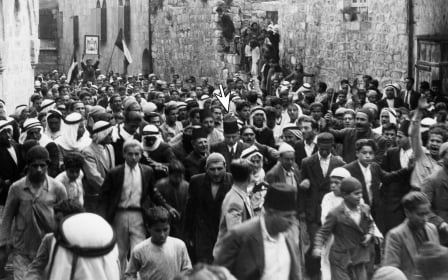