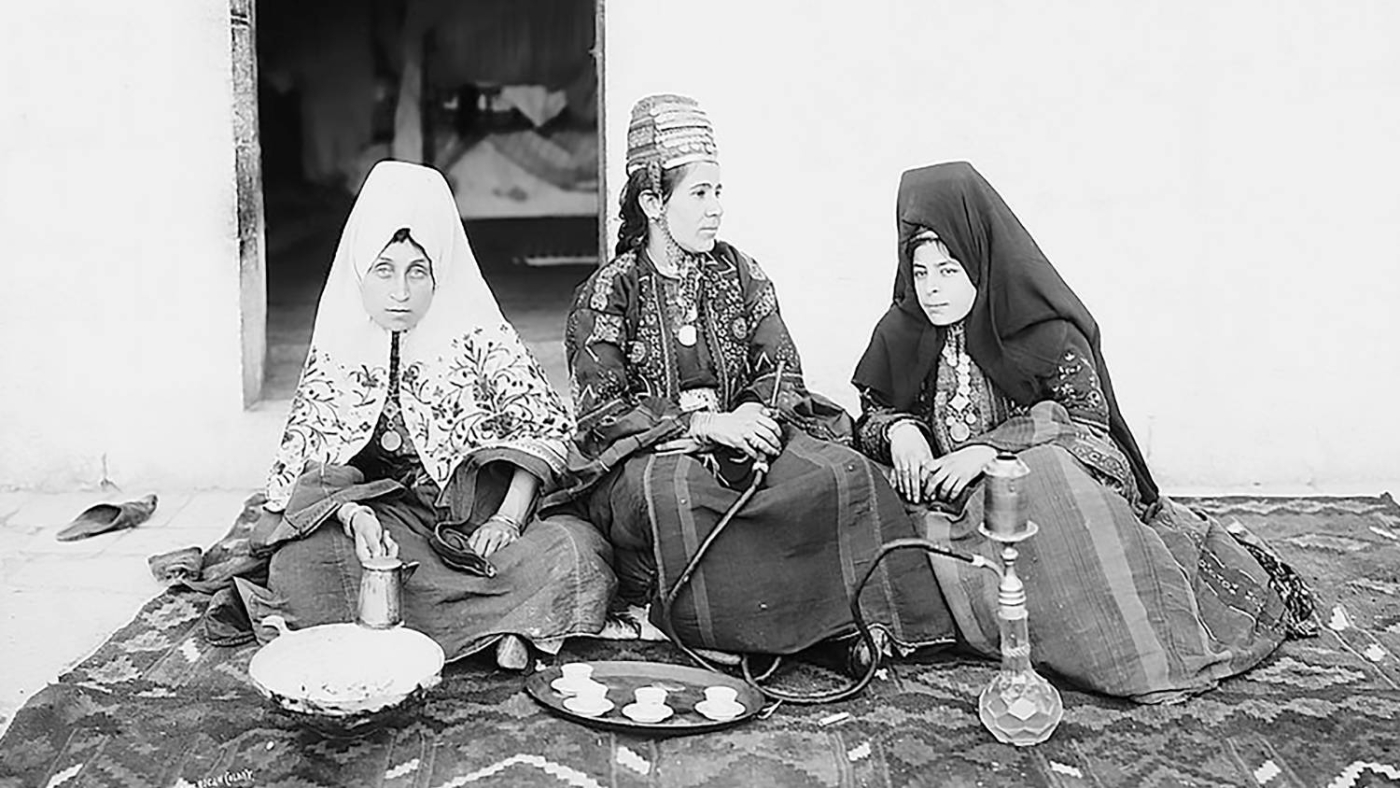 Threads of identity: The historic fashions of women in the Middle East and North Africa 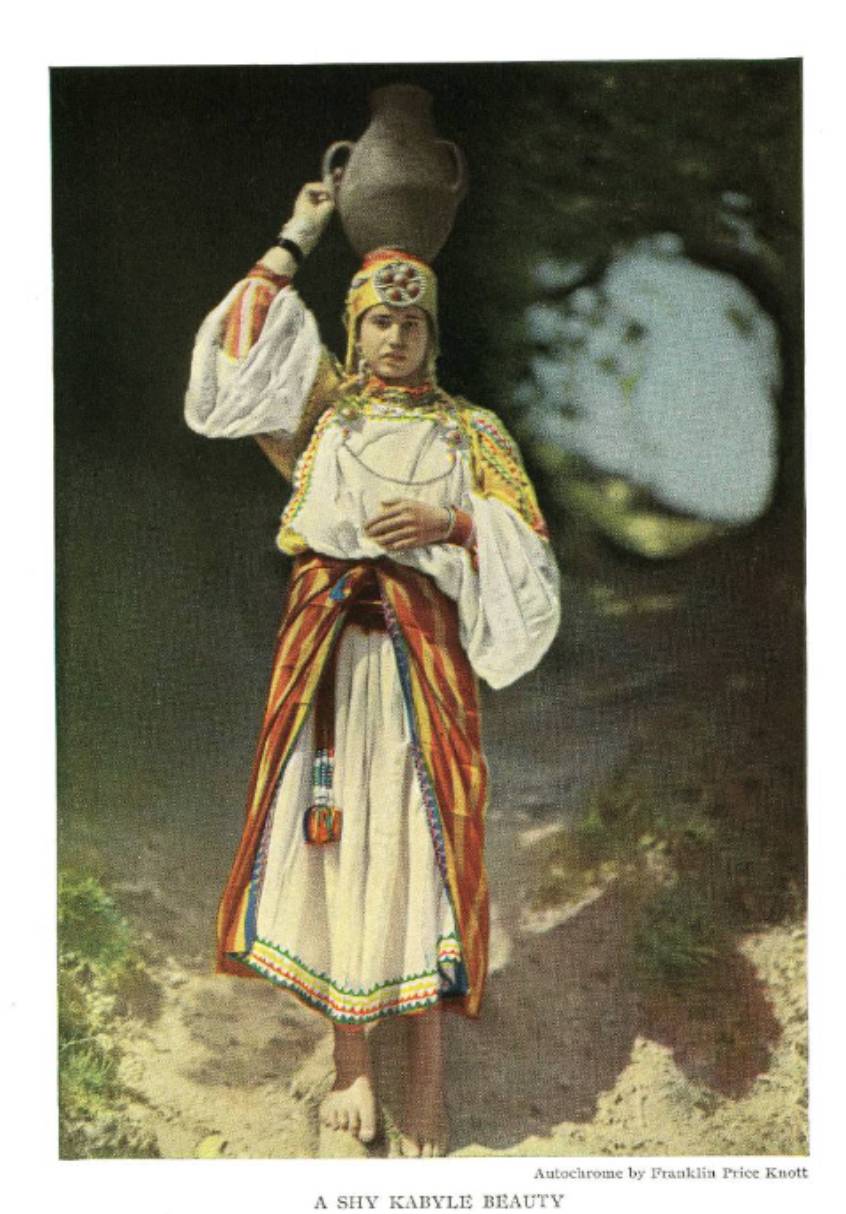 In the modern world fashion has become a beacon of disposable, consumerist culture, with the global industry estimated to be valued at $1.7tn. Nowadays fashions change with the season, and clothes are purchased and discarded with relative ease. Yet, historically, fashion was rooted in identity and culture.

In the Middle East and North Africa, specifically, regional fashion represented deep spiritual connections with land, family, region, religion and ethnicity. Women's fashion, in particular, was a visual representation of identity and ancestry.  Every garment and piece of jewellery worn was symbolic, and centred on a deep association with culture.

This photo essay explores some of the traditional pieces of clothing and accessories worn by women throughout the region.

One of the most dynamic parts of traditional cultural attire is the headdresses worn by women throughout the region. Headdresses served many functions that stemmed from practical purposes such as protection from the climate and modesty, to serving as personal banks for dowries.  The intricate details adorning each type of headdress signify a commitment to honouring ancestral history.

North Africa has a cultural heritage that has been influenced by a myriad of civilisations from the Romans to the Ottomans. Importantly, the indigenous Amazigh culture was central to the development of artisanal crafts, rich textiles and exquisite designs. Headdresses, such as the one depicted in the National Geographic image above, are an important part of Amazigh tribal traditions and have continued to influence the traditions of North African countries, and the wider Middle East.

The Kabyle peoples are an Amazigh group who reside in the mountainous region of Kabyle in northern Algeria. The Kabyle have traditionally been known as skilled artists and jewellers, who created intricate pieces from the finest silvers using traditional blue and green enamels. The headdress in the image above features a large pendant and the girl is adorned with jewels. Her dress also displays the exquisite patterns and jewelled adornments that make the traditional Kabyle gown. 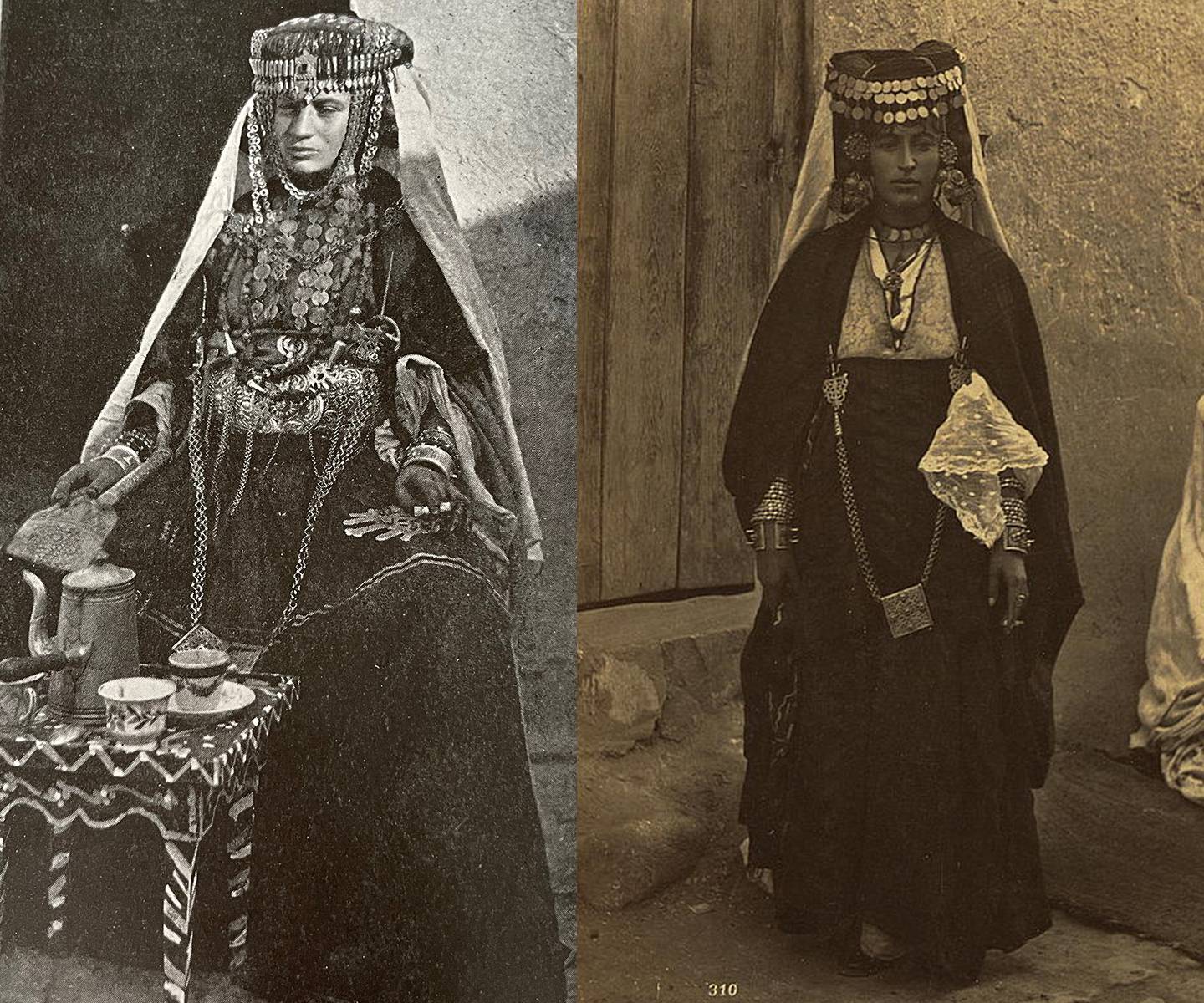 Headdresses of the Ouled Nail tribe

The women of the North African Ouled Nail tribe were known for their signature crown-like jewelled headdresses that are layered in gold coins and adorned with chains, beads and other accessories like feathers. In addition to the headdress, women wore gold and silver jewels all over their bodies. The picture on the left depicts a woman of the Ouled Nail tribe wearing a golden girdle. (Right image: Ouled Nails- Biskra, Algeria 1860-90, American Library of Congress. Left image: National Geographic Magazine, 1914) 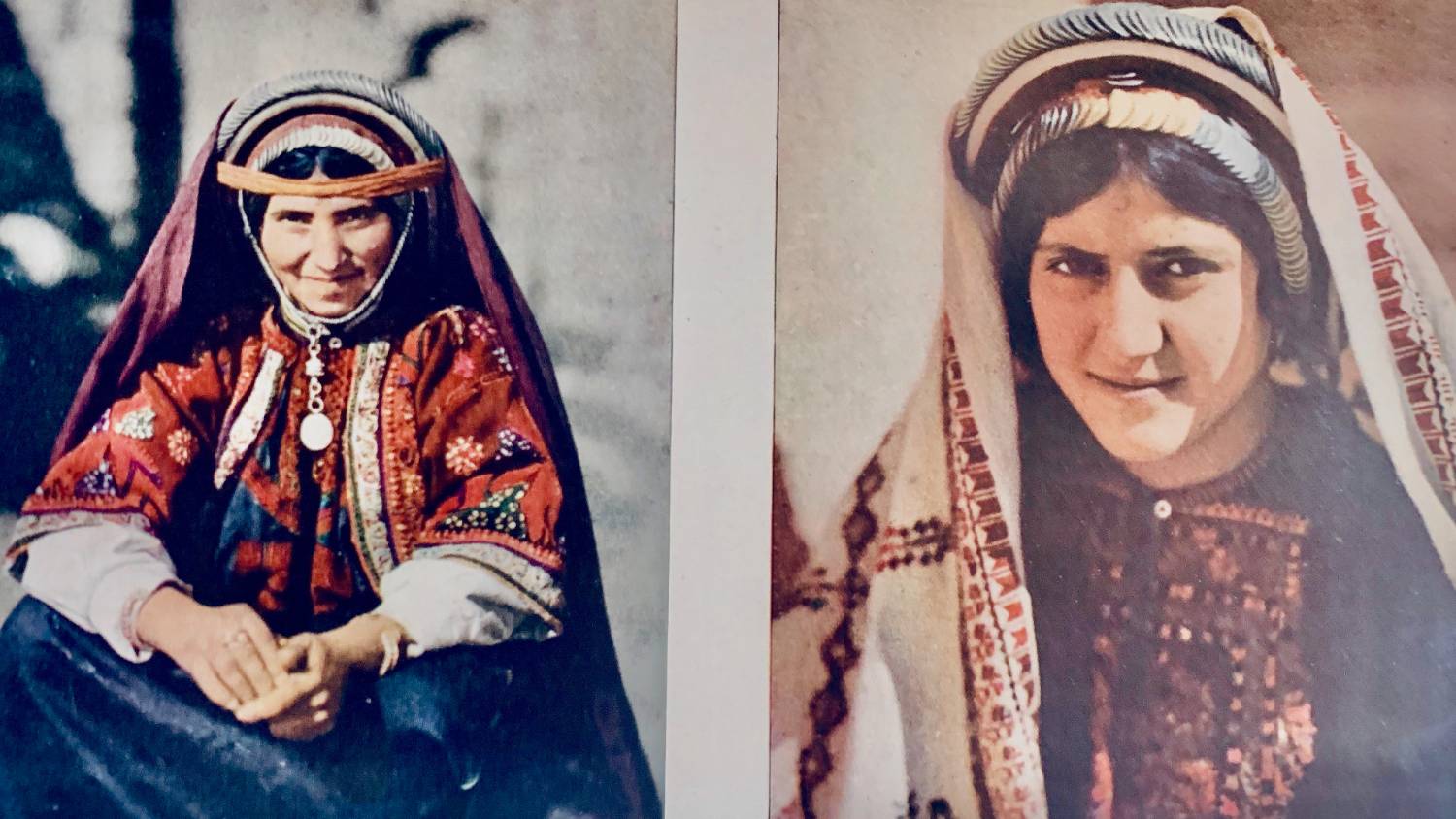 There are many variations to the Palestinian coined headdress worn by peasant women throughout Palestine. Like other cultures, the Palestinian headdress acted as a physical bank, where women used it to store their dowries and other gold and silver they had accumulated throughout their lives. Palestinian traditional fashions varied based on geographical locations, and women throughout Palestine had distinct styles and customs for headdresses. Here we see the Jerusalem and Ramallah headdress is an embroidered hat adorned with gold and silver trinkets. Some women added coral beads to their headdresses as well as decorative tassels. (National Geographic) 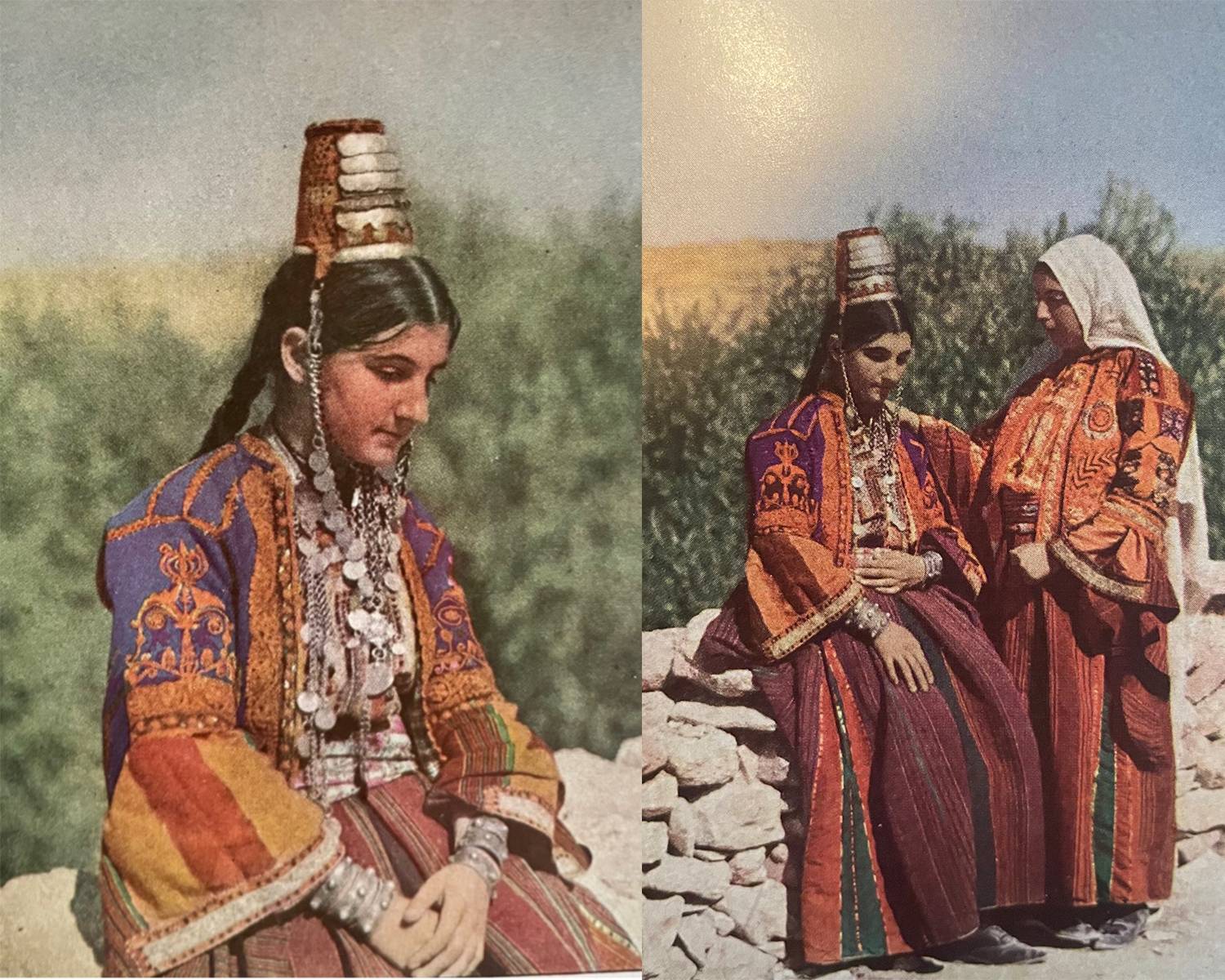 Unlike the Ramallah/Jerusalem embroidered headdress, the married woman of Bethlehem wore a fez-like hat called the Shatwa. The Shatwa is adorned with rows of coins, coral beads, and other jewelled adornments. Some women allowed the Shatwa to be visibly displayed, while other women wore thick white veils over their Shatwa and covered their headdress. (National Geographic Magazine, 1925) 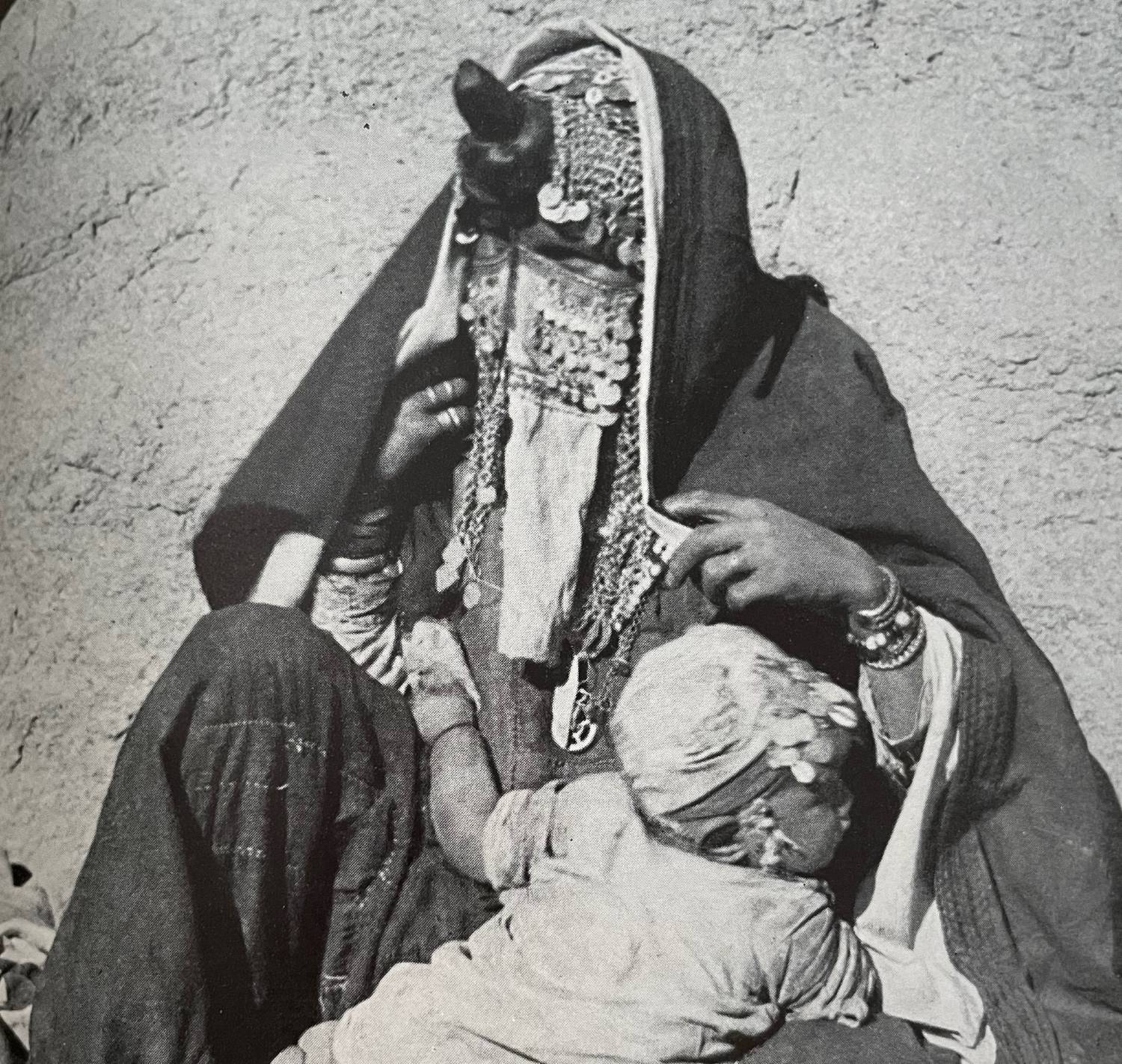 Bedouin tribes of the Negev desert in Palestine had unique headdresses. The women of the Turi tribe, for example, wear a headdress that is composed of a veil of coins, where only the eyes are visible. To signify they are married, the Turi women braid their hair and wear it across their foreheads in the shape of a horn. (National Geographic Magazine, 1927) 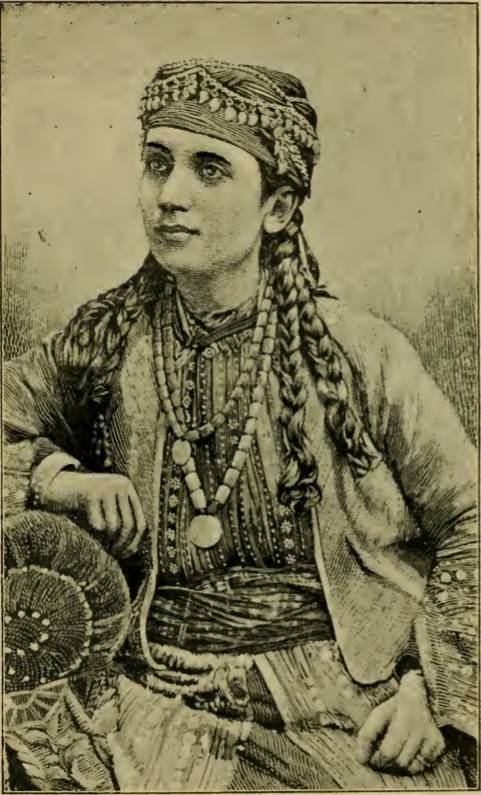 Persian women have historically been known for the vibrance and bold colours that adorned their traditional dresses and their headdresses as well. There are many different traditional designs all over Iran that are particular to each region and ethnic group within the country. One of the most popular traditional headdresses in Iran is the coined hat. Many women wore this hat and braided their hair as depicted in the photograph above. (Persian Women by Isaac Malek Yonan, 1898, American Library of Congress) 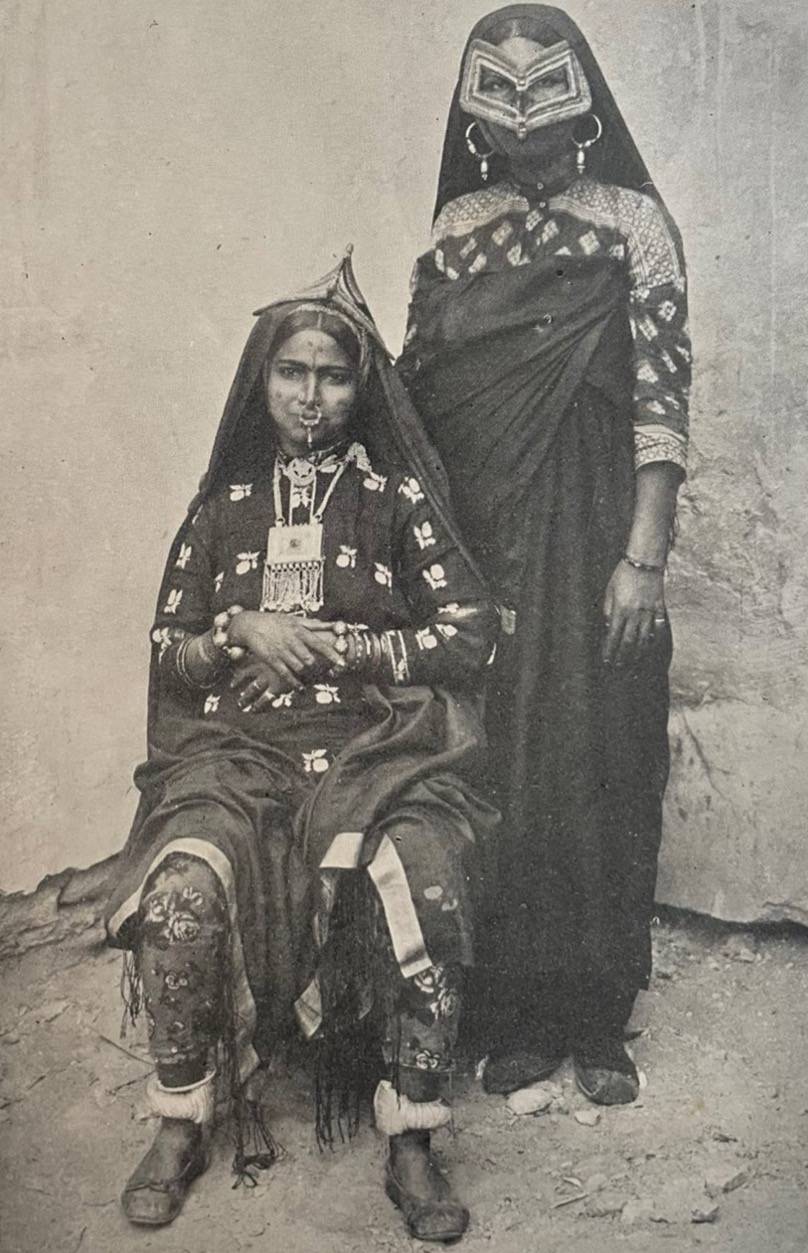 The Omani Batoola is a distinct headdress of the Gulf region. Made of many different materials such as silk, gold and silver threads, as well as goat leather. The Batoola covers the woman’s face from the eyebrows down to the mouth. The Batoola has practical purposes and serves as a shield to protect women’s faces from harsh desert climates, and it also serves as a symbol of modesty. There are many varied styles of the Batoola reflecting the diversity of the region. Pictured is the traditional Omani Batoola (National Geographic, 1911) 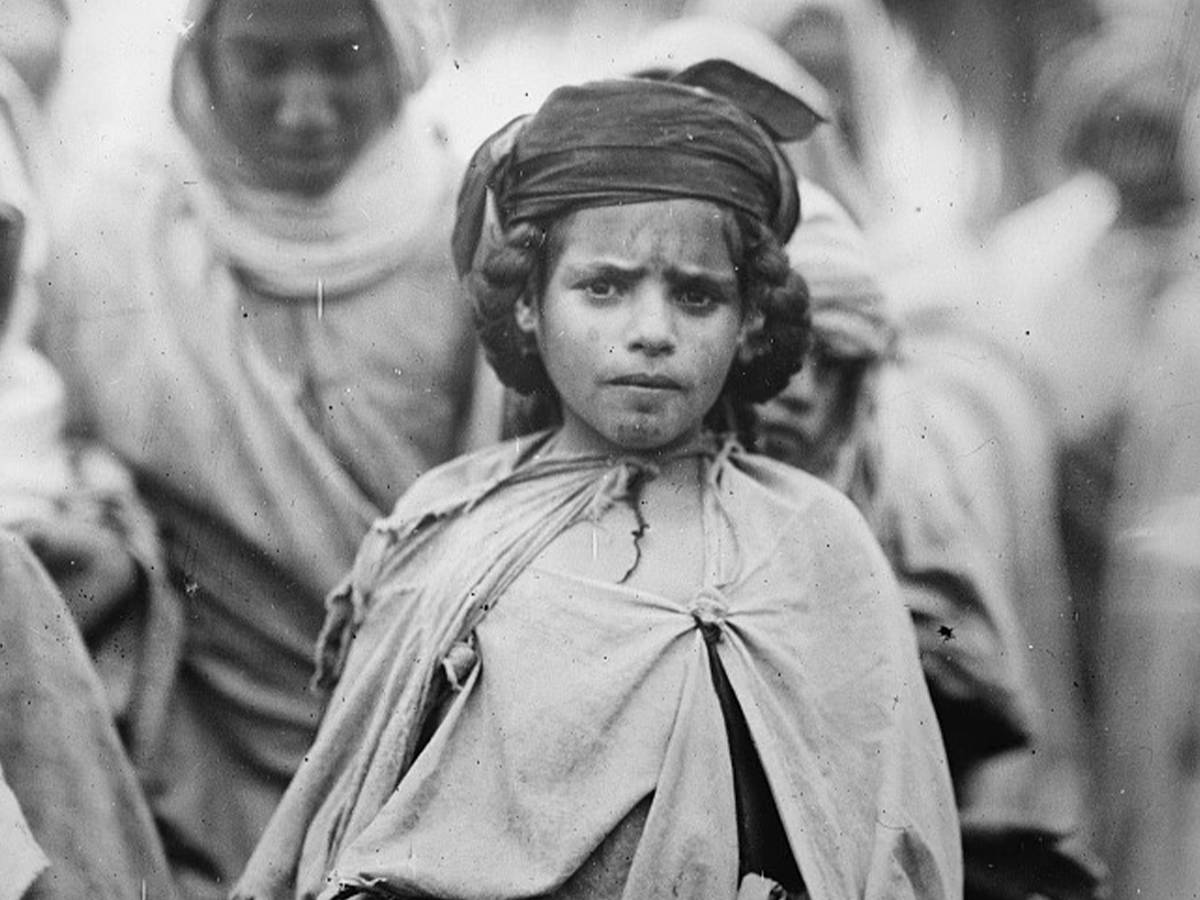 Face tattooing was a common practice in North Africa and throughout the wider Middle East. Namely, Amazigh, Kurdish, and various Bedouin tribes would tattoo distinct patterns and designs on their faces. This practice became widespread in different parts of the Middle East, especially among Palestinian Bedouins and peasants.

In North Africa, Amazigh tribes widely practised the art of tattooing like the Tunisian girl seen here. One of the first and most traditional tattoos is the chin tattoo called the siyala. The siyala tattoo was a symbol of good health and fertility, and was tattooed on a woman with the hope that she would be able to bear healthy children. All facial tattoos represented important stages of a woman's life in order to bring about fertility, good health and good fortune. (American Library of Congress, 1920) 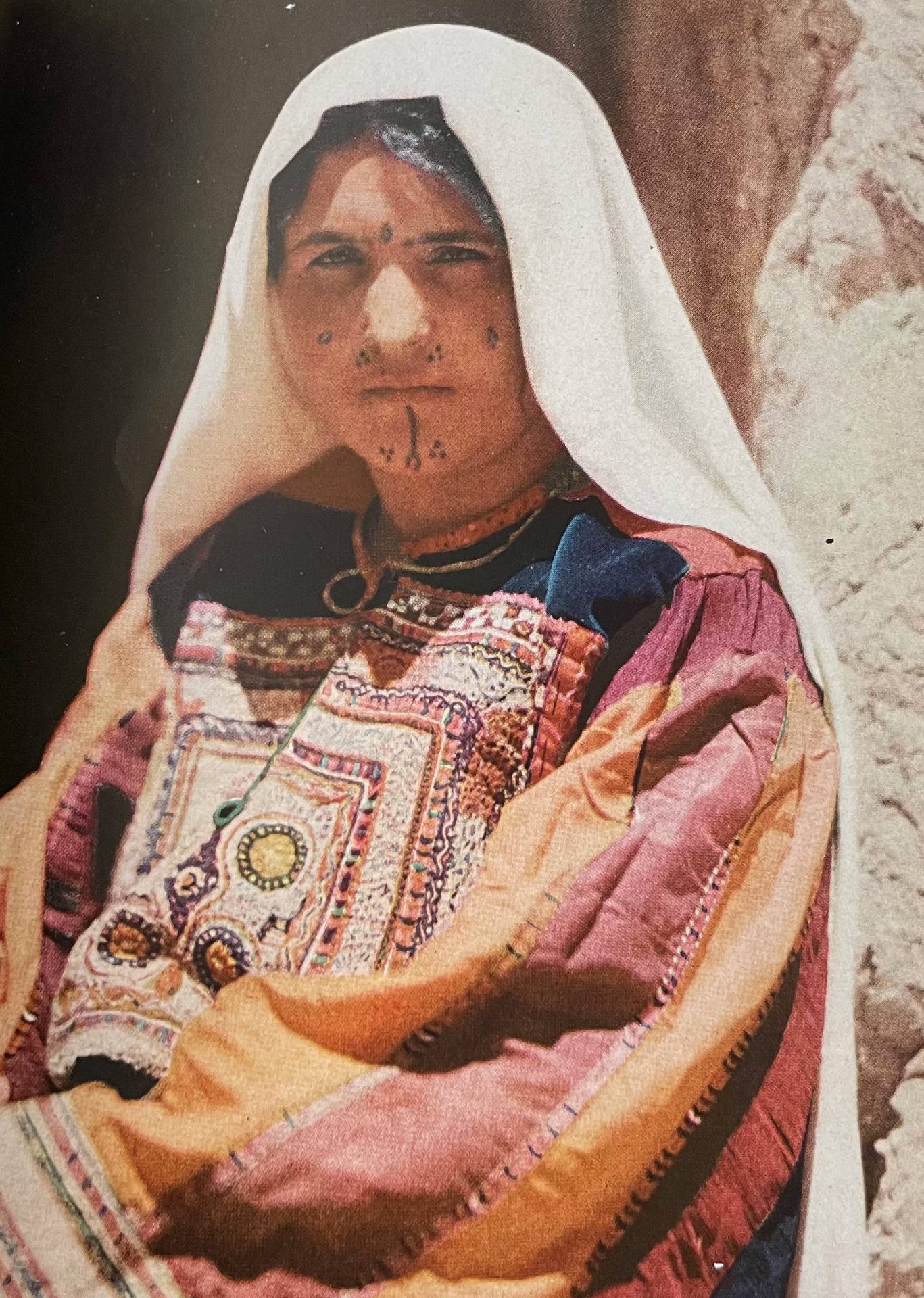 With the spread of Islam in North Africa and the Middle East, the practice of facial tattooing gradually died down, however it remained widespread throughout villages and within Bedouin communities in the region. One of the regions it was most prevalent in outside of North Africa was Palestine. Pictured is a Palestinian Muslim woman from Bethlehem with facial tattoos (National Geographic Magazine, 1927) 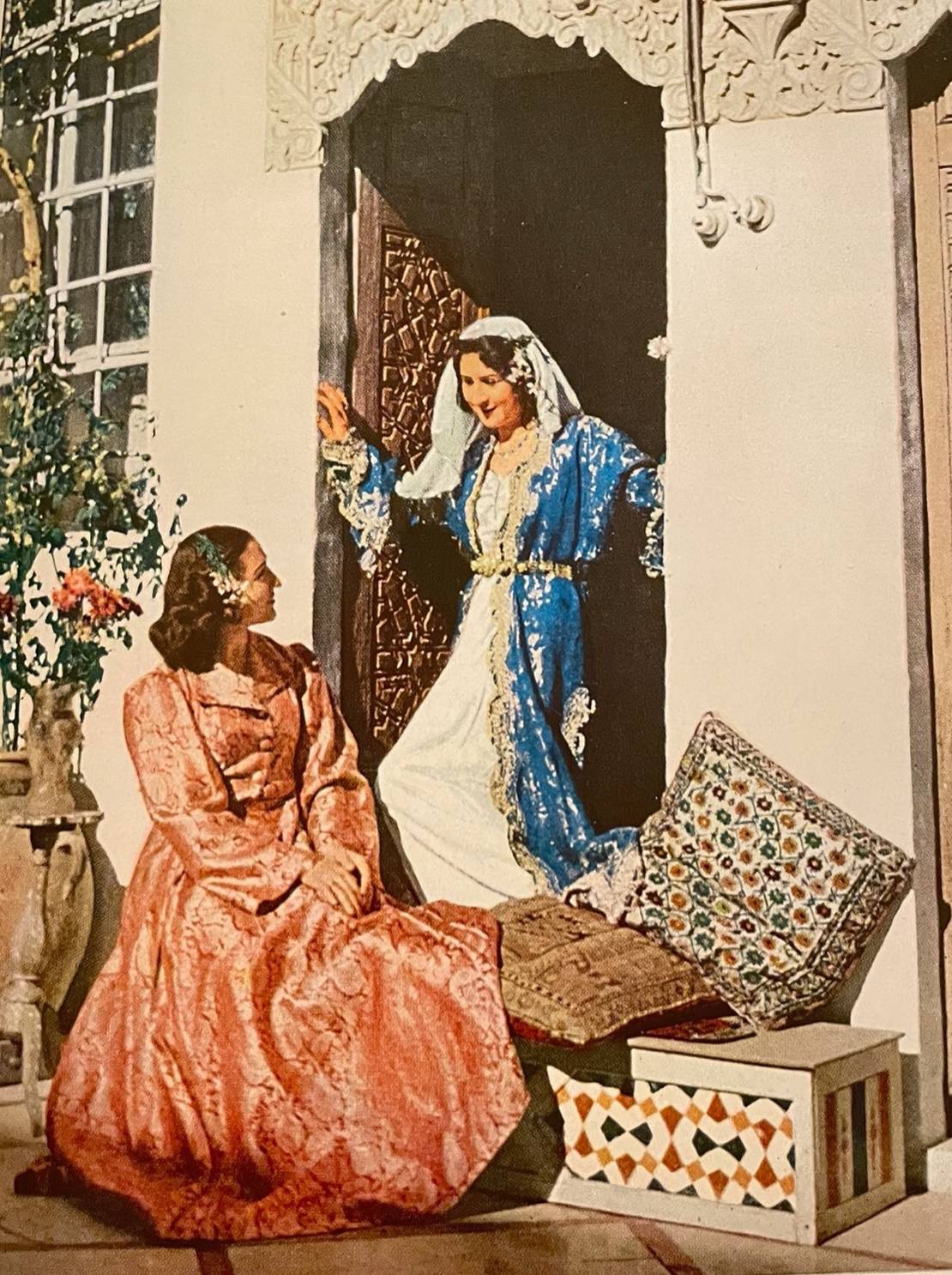 One of the world's oldest inhabited cities, Damascus, was a hub for the fine silk industry in the region. The famed damask fabric, originally made of silk, was considered a treasure throughout the region and was known for its vibrant colours, intricate patterns, and softness. Throught the country, Syrian women wore elaborate gowns made of the Damask woven textile. Damascene silk was traded across the world and is especially admired throughout the Arab world. (National Geographic Magazine, 1946) 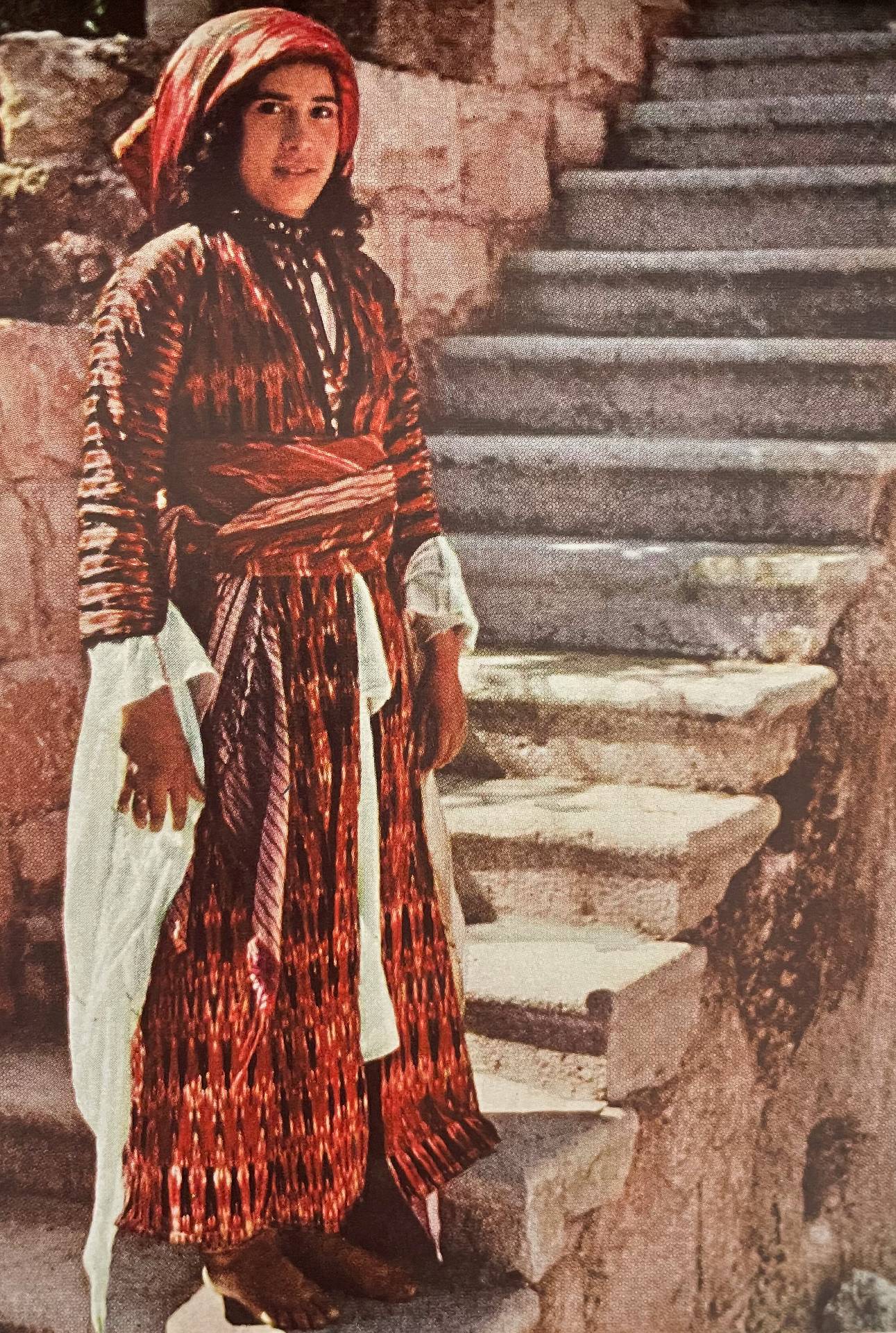 Women of Nazareth (El Nasra) and the Galilee region of Palestine also wore dresses with rich silk fabrics and varied patterns. Pictured is a woman from Nazareth in 1938, wearing a traditional Nazareth dress (National Graphic Magazine, 1927) 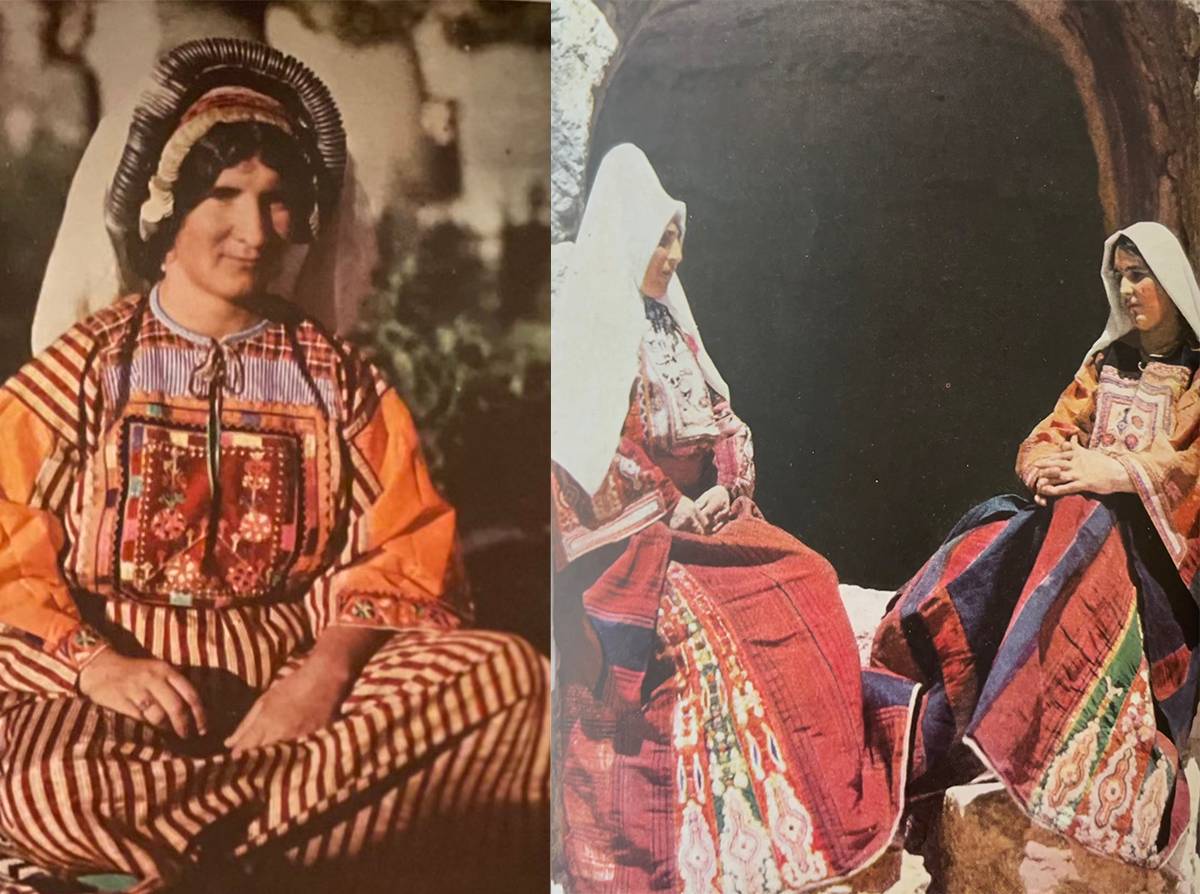 The Ramallah thobe is known for its vibrant red embroidery and ivory fabric. The Bethlehem region features some of the most distinct patterns and is the origin of the Malak style, the queen of thobes that was adopted throughout Palestine and worn on special occasions. Some women also chose to be buried in their malaks signifying how revered this kind of thobe was.

Other areas like Gaza feature dark black fabric adorned with deep blue and red embroideries. In places near Jerusalem, like the historic village of Lifta, different fabrics and colours would be used and adorned with distinct embroidery. 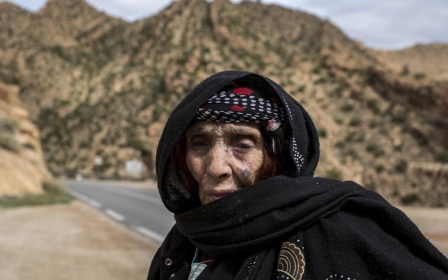 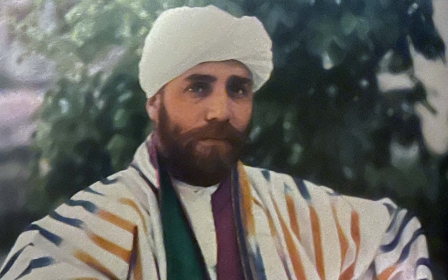 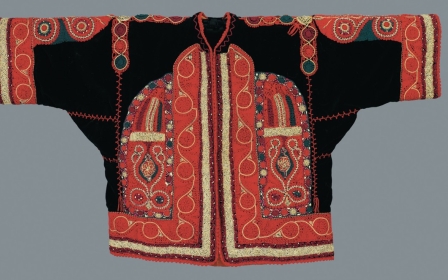 Fashion
Palestinian fashion from ancient Canaan to a thobe in Congress