It has taken 180 years, but things could be about to change in the last EU capital without a formal centre for Muslim worship 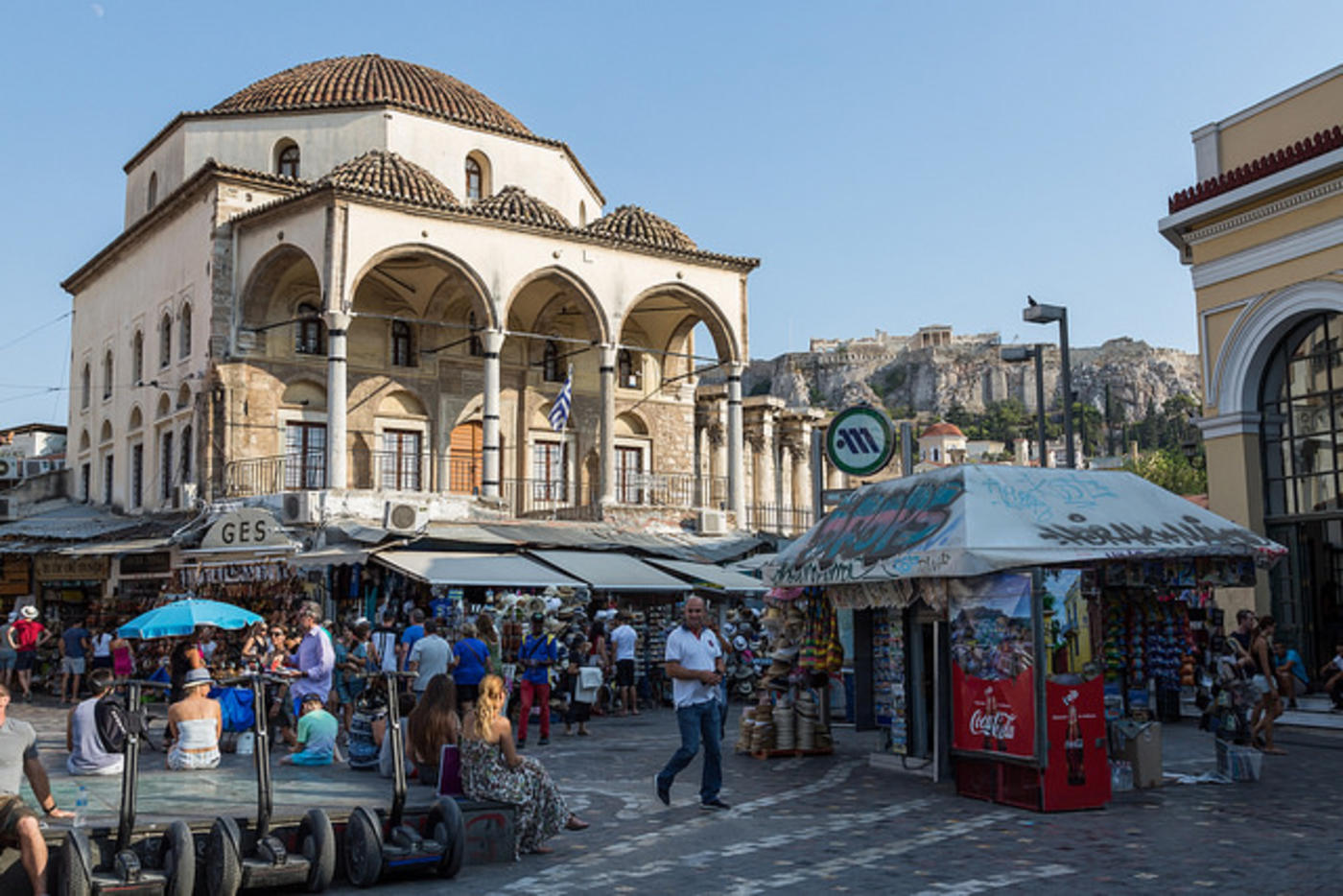 The Tzistarakis Mosque in the centre of Athens, in use until the end of Ottoman rule in 1832, was one of Athens' last official mosques. It now functions as an annex of the Museum of Greek Folk Art (MEE / Will Horner)
By
Will Horner

ATHENS – Apartment blocks overlook a muddle of tightly parked cars and bitter-orange trees cast some desperately needed shade in a narrow side street of the central Neos Kosmos neighbourhood. The only indication that this is different from any other Athenian street is a sign above a nondescript garage door that reads “Al-Salam Mosque”.

A cosmopolitan mixture of men and boys from Iran to Nigeria, and many countries in between, descend the steps behind the garage door into the basement, remove their shoes, and sit patiently on a patterned deep-red carpet under ventilation ducts and metal pipes. After the imam recites the Adhan (call to worship), they line up in rows and perform their Friday prayers.

To pray in a basement behind a garage door every day may seem unusual to most, but it is the norm for the Muslim community in Athems. It is estimated that around 100 informal mosques, mostly in garages or converted basements, serve the Greek capital's 200,000 practising Muslims. Up to one million Muslims are believed to live in Greece, a figure swollen by recent refugee and immigrant arrivals.Karim Rassas’s grandfather founded the al-Salam mosque after moving to Greece 40 years ago from Palestine. It was passed on like a family business, and the mosque is now managed by Rassas's uncle.

“For Friday prayers this place is packed,” Rassas says. “We have people here from lots of different countries who come to pray.”

“My grandfather’s family left Jaffa and went to Saudi Arabia, but my family couldn’t find work. So, 40 years ago they moved to Greece and flourished.”

Rassas, 22, is a US citizen by birth, but was educated in Greece and speaks fluent Greek, Arabic and English. He says he is proud of his grandfather’s mosque and the important role it plays for Muslims here. “He was a very generous guy and this place is his legacy,” he says.

‘We deserve to have a place to pray with dignity’

But it is not out of choice that Muslims in Athens have converted garages and basements into mosques at their own expense.

No new mosques have been erected here since Ottoman rule ended in 1829. One of the last remaining mosques in Athens was converted into a prison before getting a new lease of life as a museum of folk art.

Fo 40 years, various governments have tried to construct an official mosque, but numerous plans and bills in parliament have consistently failed, leaving Athens as the only EU capital without one. That looks set to change.

This month, the government went further than any of its predecessors when it passed a bill to accelerate 10-year-old plans to build a mosque in the Athens neighbourhood of Votanikos. The bill foresees the allocation of 946,000 euros ($1.1m) of public money to build on land owned by the Greek navy. It is a further sign of the loosening grip of the old Greek Orthadox Church. Prime Minister Alexis Tsipras, a self-avowed athiest, has shown more of a willingness to confront the power of the church: he was sworn in under a civil rather than a religious oath and his government has legalised same-sex civil partnerships.

Nikos Filis, Greece’s education and religious affairs minister, told the Ekathimerini newspaper that building a mosque would help to prevent the "radicalisation" of the country’s Muslim community.

“If we wish to avoid the problems facing France and Belgium, we should not make the mistakes that they are now trying to deal with,” Filis said.

“The existence of makeshift mosques is a shame for the country as well as for the Muslim community and a danger to national security,” he added.

The mayor of Athens, Giorgos Kaminis, also described the new bill as “a decisive step in regards [to] rights and in particular in regards [to] the self-evident right to practise religious worship in conditions that respect the dignity of believers, as foreseen by the country’s constitution and by international treaties”.

But the journey to this point has been slow, and the opposition deep-seated.Naim Elghandour, an Egyptian who has lived in Greece for 44 years and is the president of the Muslim Association of Greece, has spent decades arguing in favour of building an official mosque. To him, the Greek government's failure to build a suitable place of worship is deeply unfair.

“Speaking on behalf of Greek Muslims, those [of us] who hold a Greek passport, we feel like second-class citizens because we have to make our prayers in garages and underground basements,” he said. “We are Greek citizens and taxpayers and it is our right. We deserve to have a place to pray with dignity.”

Growing up in Port Said, Egypt, in the 1960s, Elghandour grew up close to that city’s thriving Greek community. “There were 10,000 Greeks in the city,” he says. “They had their cemetery, their churches, three schools. They had yacht clubs in the best places on the canal and they had their own strong community. They had a very good life in Egypt. Why can’t we have the same here? I can’t understand why not.”

Athens’s journey to get its first new mosque since the Ottomans started back in 1971. Three bills on the matter have been passed since 1996 and every Greek government over the past 20 years has pledged to get the job done. But, so far, the moves have all come to nothing.

Sotiris Roussos, who was a senior expert in the Middle East department of the foreign ministry from 1999 to 2003, said that authorities have come painstakingly close, only to meet great opposition.

“[In 2004] we had the construction permit for a mosque and the establishment of an Islamic Culture Centre in Paiania [a town about 18 miles east of Athens],” explained Roussos, who was involved in the government’s plans. “After negotiations we agreed that the project would be a Public Benefit Foundation, built on state land, funded by the King of Saudi Arabia … we were very close to starting, very close.”

But the project was stalled indefinitely by strong opposition from the Greek Orthodox Church (in a country without a formal separation of church and state) and opposition from residents and the mayor of Paiania.

According to Roussos, the church was in favour of establishing a mosque, but officially opposed the project because “it thought that an Islamic Culture Centre under the control of Saudi Arabia would disseminate radical political and religious propaganda and thus pose a threat to national security”.

Roussos believe the church’s main motivation is to maintain its political power in Greece. “It’s not that the church is anti-Islamic necessarily,” he says. “But they believe that if a government allows the Muslims to have a mosque and allows the Catholics to become a church in Greece, as it has done, then the state will start having the same distance to all religious organisations [treating all religions the same] and become truly secular. Building a mosque is a process of becoming truly secular. The church is afraid of losing its political power.”

Other hurdles have also yet to be overcome.

The chosen site seems to be unpopular with locals and some Muslims in Athens are also unhappy with what they see as a remote and dusty industrial zone, sandwiched between haulage companies and abandoned warehouses behind an unused naval base.

“I feel like they are purposefully trying to put us far away,” Rassas says. He would like to see the mosque built somewhere more centrally, like the makeshift al-Salam Mosque his uncle now runs.

“My fear is if we were to build a central mosque, what will happen to the other mosques like this one? Are they trying to shut down our smaller mosques,” he says.

“This place here [al-Salam Mosque] is better because it’s right in the centre.”

Residents in the area of the proposed mosque told MEE they oppose the project and expressed anti-Islamic sentiments.

“Anti-Islamic sentiment is clearly very high among people in Greece,” Roussos said. A tendency to identify Turkish rulers with Islam, as well as a readiness to link all Muslims to terrorism is helping breed fear and ignorance, he explained.

In Greece, anti-Islamic sentiment has manifested itself in the neo-Nazi Golden Dawn party, which openly uses racist rhetoric, aggressively opposes plans for a mosque, and has been linked with violent attacks on immigrant communities.

Elghandour, says he feels this is a prejudiced minority and that Greeks and Muslims, mosque or not, will continue to live peacefully as neighbours.

“We [Muslims and Greeks] have a very good relationship. This is what has kept this country safe. We have lived all these years in peace and harmony. It is based on the co-operation and mutual respect,” he said.

“We will never let a very small minority, who hate everybody, intimidate us.”

But other Greek Muslims continue to be all too aware of the hurdles and say that despite the recent developments in parliament, they are not celebrating just yet.

“It’s been 10 years now,” Elghandour says. “I cannot say I am not pleased [about the latest bill] but I have some reservations.”

“Since 2006, there have been several attempts to build a mosque. I hope this is the last one ... I am waiting to see something going on, some construction happening. I want to see with my own eyes the companies going there to build, then I will be happy.” 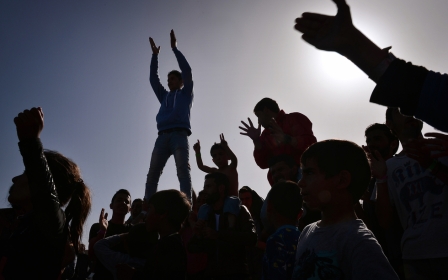 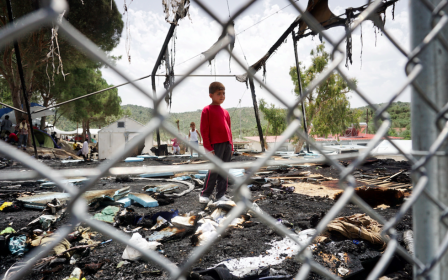 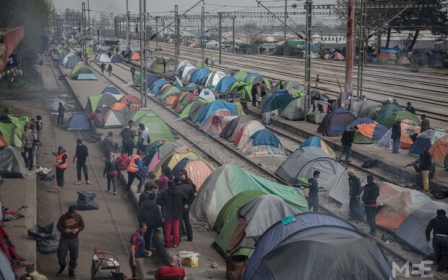