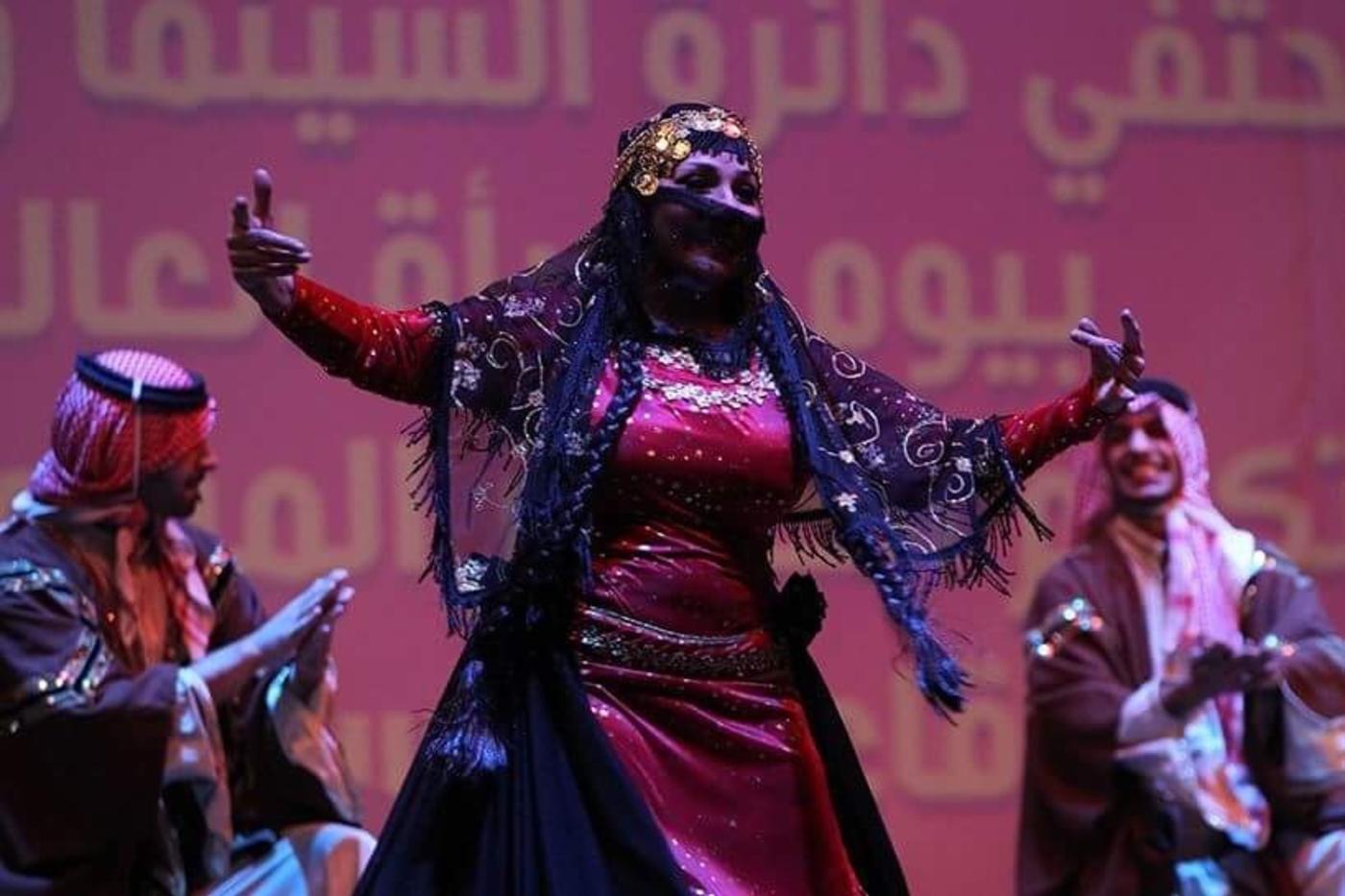 BAGHDAD - A drumroll cuts through the chatter of attendees at an oil ministry event in Baghdad.

A darkened stage is flooded with light and the smiling dancers of Iraq’s National Folk Dance Troupe appear in a whirling, swirling mass of colour, performing with seamless coordination only achievable through hours of training.

The audience cheer, clap and fumble for mobile phones to photograph this unexpected delight engulfing their senses.

In the 1980s, the dance troupe, which exclusively performs traditional dances, had been an award-winning outfit, trained by maestros and experts from the former USSR, with countless global performances under its belt.

"People look at me now and say you're a big man, how could you have been a ballet dancer?" says Thanoon, roaring with laughter outside a Baghdad cafe frequented by artists, poets and intellectuals. "But of course I was young once, and thin."

Because of sanctions and war, all the trainers left Iraq

But, as the troupe was reaching its peak, the war with Iran started. A decade later, Iraq's invasion of Kuwait sparked the first Gulf War, and the country's arts scene fell into decline.

"Because of sanctions and war, all the trainers left Iraq, the troupe became weak and the level of everything - dancers, musicians, set designers - really dropped, and many artists fled," says Thanoon. "We diminished in size and quality, and we were about to disappear completely."

For a man from a well-respected local tribe, who had already broken with tradition to pursue his career as a dancer, Iraq's collapse was merely another challenge. "I left behind all the tribal traditions to pursue this career, but dance has always been my passion and I never cared what others thought," he says.

Thanoon says only he and fellow dancer Hana Abdullah had the power to save the group. "We were determined to keep the troupe going because we were carrying the whole history of Iraq in our dances, so we dug in our heels and continued," he says.

Working virtually for free and with no budget, Abdullah and Thanoon mustered some new dancers and boosted their repertoire.

"The troupe is very precious to us, so we made a big effort to write new dances and, because I was only one left in the theatre then, I had to be good. I had to be the best," he says. "I choreograph the dances, and Hana trains the dancers, and she is perfect."

Established in 1971, Iraq's National Folk Dance Troupe's aim was to showcase traditional Iraqi dances all over the world. It was put together after visiting teachers and maestros who trained the country's best dancers had become enchanted by Iraq's rich cultural heritage.

Its focus on traditional rather than modern dance or ballet - both of which forms the dancers continue to train in - was something that saved the troupe.

As Iraq tumbled into years of sectarian-fuelled violence following the US-led 2003 intervention, the arts scene in Iraq collapsed further.

While fighting raged in the streets of Baghdad, Muslim hardliners, who viewed dancing as sinful or shameful, started cracking down on artistic expression, prompting more musicians and dancers to flee.

Following threats, Thanoon temporarily relocated his own family to Jordan, himself returning to Baghdad to continue working with the dance troupe.

I worked on dances with themes of solidarity and the unity of Iraq to give everyone a very important message: we have to be a unified country

"We faced a lot of difficulties because what we do is art and dance and, in Iraq, dancing like this is not really allowed but when people saw there was no nudity, our costumes were very modest and moral, and we were only dancing traditional dances, no-one minded," says trainer Abdullah.

"Traditional dances have a message, a story or an idea," says Thanoon. "I worked on dances with themes of solidarity and the unity of Iraq to give everyone a very important message: we have to be a unified country."

Thanoon, who stresses the importance of rigorous training in all dance forms, has passed the discipline instilled in him by his erstwhile international teachers down to Iraq's next generation of dancers.

"If anyone misses a class, they get punished because discipline is essential. This art form demands dancers to be at their peak of physical fitness, which requires daily exercise, and I dismiss dancers if they can't keep up with the training," he says. "I am a dictator in my art."

His commanding presence inspires respect and devotion from his dancers.

"Mr Fouad is like our father, and he's a wonderful person," enthuses Riham Kareem, 27, one of the troupe's four female dancers, from the 10 there once were. "The training is hard - four to five hours every day, and even more when we have an upcoming performance - but this huge effort to be perfect when we perform is very satisfying."

Adel al-Aebi who, at 58, is still the group's lead dancer, says both Thanoon and Abdullah are relentlessly inspirational, even during long, tough rehearsals for their most challenging dances.

I will continue until I die and, honestly, death is the only thing that will keep me from the troupe

Although he has technically retired, for Thanoon, leaving is out of the question, not least because there is no-one with comparable skills and experience to replace him.

"I will continue until I die and, honestly, death is the only thing that will keep me from the troupe," he says, admitting that he has consistently prioritised the group over everything, including his family. "The troupe is such a big part of me, it's my life and soul, and the dancers are like my sons and daughters."

Thanoon also shoulders the responsibility for the group's financial survival and support. "About eight years ago I went to the Ministry of Culture because all of our stores, archives and even costumes were burned in the 2003 war and we were starting again from zero.

"They gave me $40,000, so I bought everything we needed to restart properly, even cloth and sewing machines," he says, adding that he used some of the funds to transform a storeroom in Baghdad's National Theatre, where the troupe is based, into a new studio.

Despite his efforts, the troupe faces ongoing problems. Dancers' salaries are just 500,000 Iraqi dinar ($420) per month, which Thanoon says makes it difficult to recruit new members, and the troupe has a budget of almost nothing, meaning they have no money to cover expenses to travel to international events, if they are invited.

Dance as 'ambassador' for Iraqi arts

Iraq's National Folk Dance Troupe may be a shadow of its former self but, largely thanks to Thanoon's unflinching vision and drive, it has not only survived but boasts 12 professional and well-trained dancers.

Thanon praises the quality of the troupe’s backing tracks, a necessity prompted by most of its musicians fleeing the country. Always focusing on the positive, he adds: "But this will be better for us in the future because, when invitations start coming again, usually they only want a maximum of 15 people and, if we have too many - like a whole orchestra - they won't invite us because of the price of flights and hotels."

A few years ago, Thanoon also directed and featured in a music video for Iraqi singer Khadem al-Saher, which was filmed in Dubai.

Although he admits that the troupe's "golden decades" were the 1970s and 80s, when they performed in 70 different countries, darkly adding that "there have been no golden years since 2003," Thanoon believes in both the future of the troupe and its national importance.

"This troupe is very important, and we want people to know that there is a dance company in Iraq. Our troupe should be like an ambassador for Iraq to all other countries," he says. "We hold all the history and heritage of Iraq in our dances."

"There are many artists and dancers in Iraq who love and appreciate beauty," said lead dancer Aebi, his face still flushed from the performance at the oil ministry.

"Terrorists make a dark life but we make beauty, and I hope that the whole world will see that we do not only have destruction in Iraq, but also art." Inside Iraq
Never stop the dance: The trials of Baghdad's ballet school 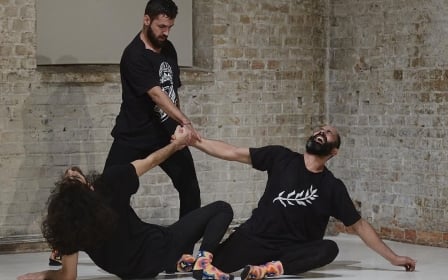