Can an open-air graffiti museum lure tourists back to Tunisia?

150 graffiti artists from 30 countries covered the lazy Tunisian town of Erriadh, with bright and colourful graffiti, attracting tourists from around the world 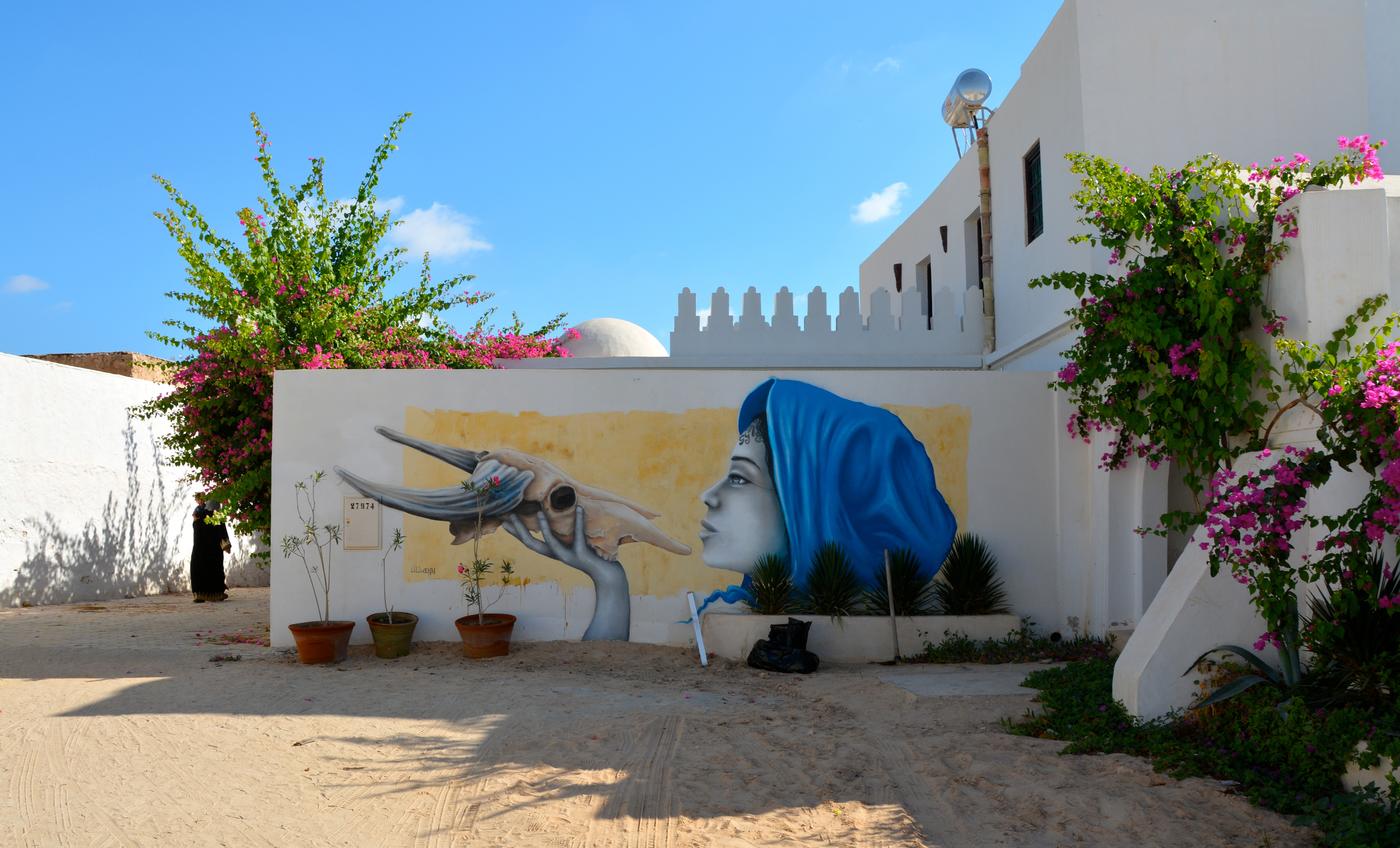 The small village of Erriadh, on the Tunisian island of Djerba, has been transformed into an open-air graffiti museum, luring tourists from all over the world.

“It is exceptional,” said Ridha Jebali proudly, an excited lunch restaurant owner on the neighbourhood’s dusty main road. “You know they are like professional,” he added, explaining how his village welcomed 150 artists from 30 countries this summer to put colour on the characteristic Tunisian white stone buildings. His favourite graffiti is a portrait of a cat, “I swear it looks like a real one,” he said amazed.

The street art project “Djerbahood,” curated by Mehdi Ben Cheikh, a Tunisian-French artist, brought the contemporary art medium of graffiti to the old and calm so-called “Island of Dreams” where Christians, Jews and Muslims have lived side by side for years just outside the country’s southern Mediterranean coast.

The playful graffiti project is the first of its kind in Tunisia, so when Ben Cheickh proposed the idea to Tunisian graffiti artist, El Seed, he didn’t hesitate, “I found the idea so innovative that I couldn’t say no,” he explained. Especially right now, he argued, a time when most media is focusing on the security threat scaring off many of the country’s tourists, this project offers something positive. “As a Tunisian artist, I believe it is a duty for me to support this kind of initiative.”

North Africa’s largest island and its authentic village of Erriadh are mostly recognised for having the world’s oldest synagogue, El Ghriba. The island is known for its calm co-existence between Jews, Christians and Muslims. The picturesque village, with its white stone houses and blue decorations are often framed by the island’s many colourful flowers and many of the murals are incorporated with this scenery, for example a dome which Belgian artist ROA has transformed into an octopus.

Besides El Seed, international artists such as Mexican Curiot, Liliwenn from France and Saudi artist Deyaa put their print on the town.

It is not easy being a graffiti artist in Tunisia. “The greatest challenge today is to gain recognition,” explained El Seed. But the graffiti artist acknowledges the country’s talent and emphasised that a lot has changed since the revolution ousted former president Zine al Abidine Ben Ali in the beginning of 2011. “The scene changed totally. I don't believe that Djerbahood could have been possible before,” argued El Seed, who is one of the Tunisian artists who have flourished in the past three years. He is certain that his work wouldn’t have been possible during Ben Ali, neither his mural on the country’s tallest minaret belonging to the Jara Mosque in southern town of Gabes nor his project, Lost Walls, where he spread his calligraphy during a month long journey throughout the country, which he hoped would give his people unity and hope.

Calligraphy artist El Seed was born in France to Tunisian parents, he started playing with the Arabic language already as a teenager. “People always react positively to my work,” he said, believing that one of the reasons to his success is that he paints in Arabic, “art has to talk to the people” in order to be captivating. He found inspiration from the quiet island and its inhabitants. “I always talk with the local population, they tell me stories and teach me about their history,” he explained.

Djerbahood may serve as inspiration for future graffiti artists as it has received a lot of attention worldwide. “The end result was amazing, a real success,” argued El Seed. “You can see it through the excitement of the local population and the visitors.”

Many tourists who are coming to Djerba are interested in the exhibition, explained Kevin Dick from Mosaique, a Canadian travel agency who brings his guests to see the open-air exhibition. “I hope that the graffiti will bring more tourists here,” he said as he was showing an American family around the small alleys and the deserted buildings hosting some of the murals.

One German tourist who was making her way through the small alleys was Elke Sohns, a middle-aged woman who has been coming to Tunisia since 2002. She enjoyed the small Mediterranean country, “some years I have been here up to four times a year,” she said and laughed. She is intrigued by the artwork, “I have never seen anything like this before,” she said, “I heard of this initiative before I went and decided that I wanted to see it with my own eyes.” Sohns is impressed and is carefully taking photos of each and every mural, every step she took was carefully followed by the neighbourhood’s amused and curious children.

However, two of the locals I met were sceptic when the artists invaded their quarter and began to work. “At first I didn’t like it but now when I see how many visitors it brings I changed my mind,” said Samia Belthaj. Her boutique of clothes is right in the middle of the graffiti and a large colourful mural is covering her boutique entrance. She confessed happily, “There are many more customers now.” Her neighbour, Souad Ghabel agreed, “There are now both European and Arab tourists who come to our little neighbourhood.” She is proud of coming from Erriadh, before tourists came to this part of the island for the synagogue but this exhibition has made people wonder around in their quarter, putting the calm “Djerbahood” on the map. 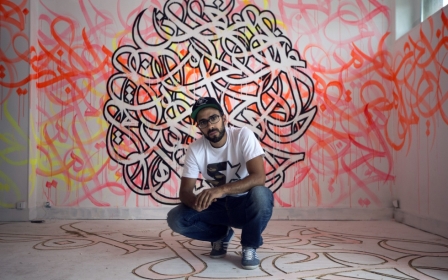 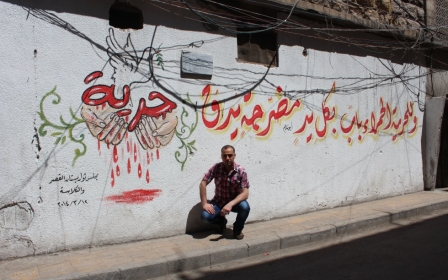