The demise of Lake Urmia sparks trouble in Iran

'Iran is becoming an uninhabitable desert. But do not think that it will happen tomorrow. It has already happened!' 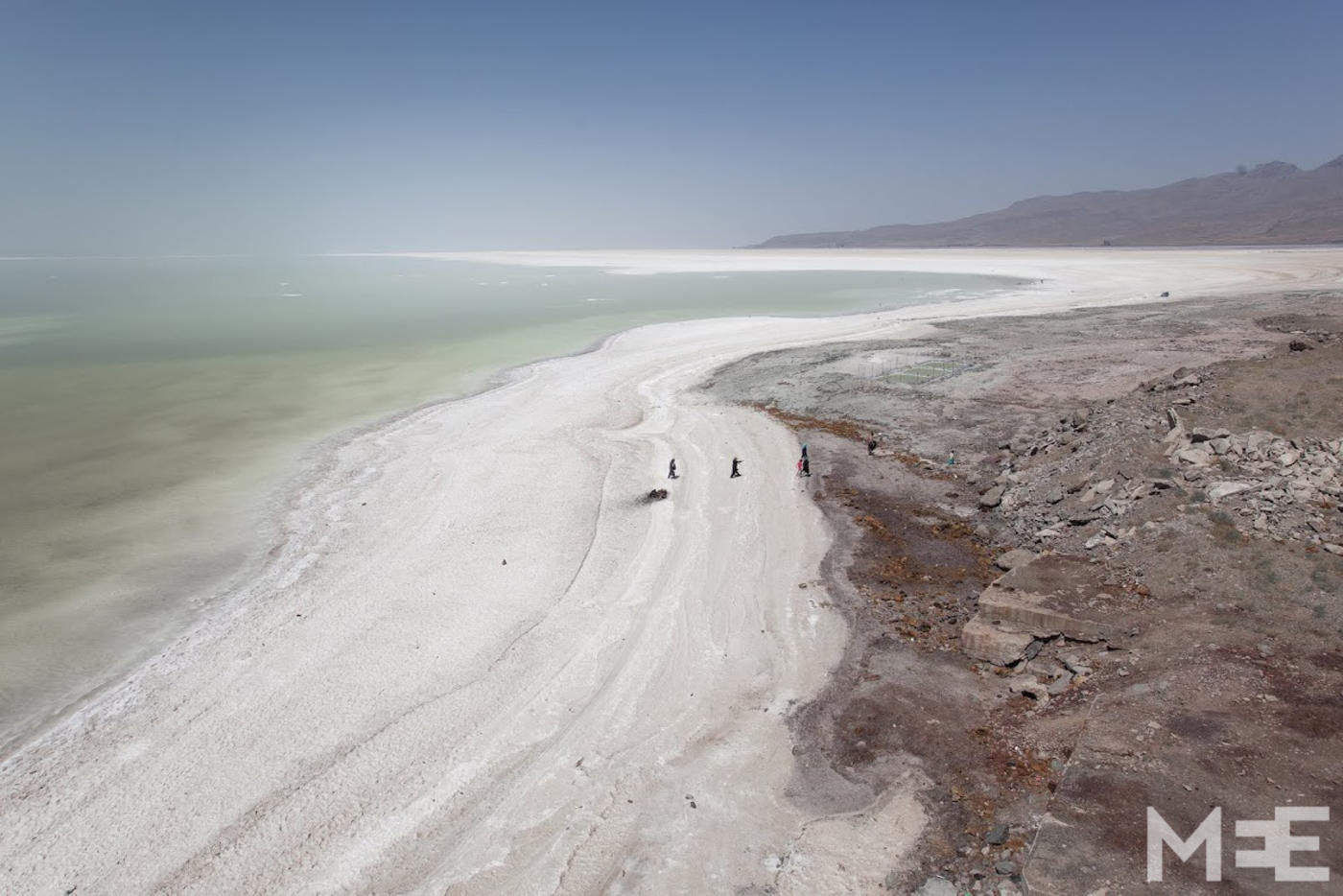 Once the world’s sixth largest saltwater lake, Lake Urmia, lost in the desolate mountains of northwestern Iran, has begun shrinking. As the lake has dried up and its shores have started to recede, the surrounding land has begun to die, causing an unprecedented ecological disaster.

Located near the Turkish border between the provinces of East Azerbaijan and West Azerbaijan, Lake Urmia has been vanishing for three decades.

The region is home to the Iranian-Azeri community, who depend on the lake for their livelihoods, and have been left devastated by its retreat. The ecological disaster has only further fuelled long-standing political resentment among the minority, which demands more cultural, economic and political rights, with tensions previously boiling over and people taking to the streets to urge the government to act.

In an attempt to develop and modernise Iran after the 1979 Islamic Revolution, President Mohammad Khatami launched a large building programme that was later continued by his successor, Mahmoud Ahmadinejad. Overall, 70 dams were built on the rivers feeding Lake Urmia to supply water for the growing Iranian agricultural industry. In addition, more than 24,000 wells were illegally dug by villagers around the northwest region, further increasing the demise of Lake Urmia.

Once the lake began to die, so too did the hubbub of tourists' cars and the noise of shipping trucks that were once abundant. These days few outsiders venture here. Those who do are shocked to see abandoned boats that have been left as rusty scraps and look like stranded carcasses corroding away on the salty bottom.

Summer temperatures here can reach up to 50 degrees Celsius, but the winter months bring a winter chill with temperatures known to drop below zero.

Tahir, 40, made the trip from Tabriz with his family to spend the day by the water. As a child, he used to spend his vacations on Lake Urmia. With a hint of nostalgia in his voice, he remembers diving into the lake, taking boat tours, and building sandcastles.

But today, the water has disappeared and salt has replaced the sand. Tahir’s wife, daughter and brother have made the journey with him and try to make the most of it by soaking in what looks like a large puddle.

“I’ve been coming here since I was very young and I can tell you that the lake was not like this before,” Tahir told Middle East Eye. “Look at the marks on the pile of the bridge! Today, we have to go far away to find some water to wade in. Can you imagine that before we could jump from the bridge? Now if you did that, you would kill yourself.”

According to UNESCO, the lake has lost between 70 to 80 percent of its surface since 1970. Formerly sixteen metres deep, it doesn’t exceed two metres today.

Baybek Tebrizli, a lawyer and an environmental activist who has lived in exile in London for more than 15 years, says he is very worried about the future of Lake Urmia, which has been registered as a UNESCO Biosphere Reserve since 1976.

“We [in Iran] say that there never was any fish in the lake,” said Tebrizli. “Ok! But it contained some plankton, essential to the survival of dozens of bird species. But because of the increase of the water’s salinity [340 grams per litre], the plankton disappeared and birds do not come here anymore.”

A shepherd with a weathered face, Elshan, 52, says he uses the flatlands surrounding the lake near the small village of Aq Gonbad to feed his herd of about 50 goats.

“I always have to go farther and farther with my goats to find some bushes. The salt kills the plants,” he said.

Anar, a teenager who lives near the lake, says that he has definitely seen its shores recede.

“The evaporation of the water created this immense desert of salt which destroys any form of life,” he says. “Even my dog would not want to live here!”

While government planning has been a key cause of the desertification in northwestern Iran, environmental factors – such as the ferocity of storms that kill crops in surrounding areas – have also played a key role.

A devastating cycle is emerging. If the lake were to totally dry up it would expose 8 billion tons of salt to the open. This salt in turn has been seeping into the region’s ground water at an alarming rate, raising the risk of cancers, high blood pressure, and respiratory problems among the local population.

The dangers of desertification have been well recognised. Former agriculture minister Isa Kalantari told Iranian media back in 2013 that “Iran is becoming an uninhabitable desert. But do not think that it will happen tomorrow. It has already happened!”

Octogenarian Jamal told MEE that the phenomena is accelerating. “Before, the water arrived near our village. Today it disappeared two kilometres away. It is because of the actions taken by the government. They only think of their own interests and we can die.”

In a region supplying an important part of Iran’s crop production, the devastation caused by the drought and the salt have put also put countless farmers out of work.

“The poor health of the economy and the industry in Iran could spark things off again” said Bernard Hourcade, an expert of Iran at the French National Centre for Scientific Research (CNRS).

In 2011, demonstrations erupted in the northeast as well as Azerbaijan to protest the death of the lake and the lack of response from Tehran. People filled the streets and clashed with the police, intensifying the tensions between the Iranian Azeri community and the government.

“The lake remains a pretty big thorn in the side of the Iranian government. There is a long history of paranoia from the religious elite of the country around the spectre of Azeri independence," explains Bernard Hourcade, referring to a nationalist movement which has tried to unite the Azerbaijani people from Iran and Turkey, and modern-day Azerbaijan since the early 20th century.

Arsalan Chehrgani – a representative of the Southern Azerbaijan National Awakening Movement which advocates for the independence of Azerbaijan region – also says the lake is a key cause of grievance.

"Lake Urmia has been a very politicised subject for a few years," says Chehrgani who lives in exile in the US. "We do not like the violence. We always use methods of nonviolent protest, as Gandhi did. It is a way for us to challenge the mullahs’ reign and hold them accountable for what they are doing in Iran. We want democracy, human rights and the right to self-determination."

Iranian authorities have slowly begun to wake up the issue, although many complain it’s a case of too little too late.

Ahmadinejad said in May 2011, after mounting pressure to address the issue: “The Western countries devised a plan to cause our drought. According to accurate climate reports, the European countries used special equipment to create rain clouds in Europe and prevent them from reaching Iran and the Middle East.”

Ahmadinejad then went on promise to release 600 million cubic metres of water from the Aras Dam, located on the lake’s shores, while his successor Hassan Rohani went further, putting Urmia at the heart of his 2013 election campaign and promising $5bn to finance the effort.

To date, however, neither of these promises have materialised.

“It [Ahmadinejad’s plans] still remains in the project stage,” says CNRS’ Hourcade. “Ahmadinejad had plans to save the lake, and so does his successor Hassan Rohani today. But these are only plans. Making them a reality is another story.”

Rohani’s plans meanwhile will take at least 20 years, Hourcade argued, and it will be too late.

“The lake will have died before [then],” he added.

Only first names have been given in some instances at the interviewees' request. 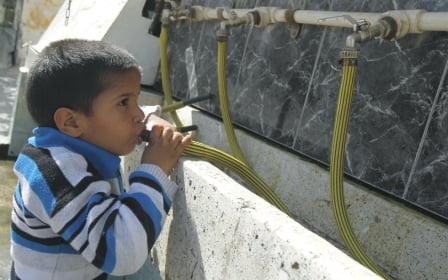 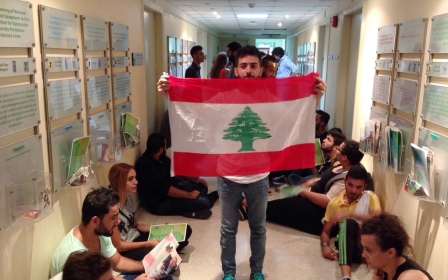 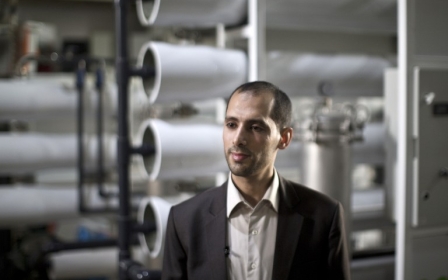