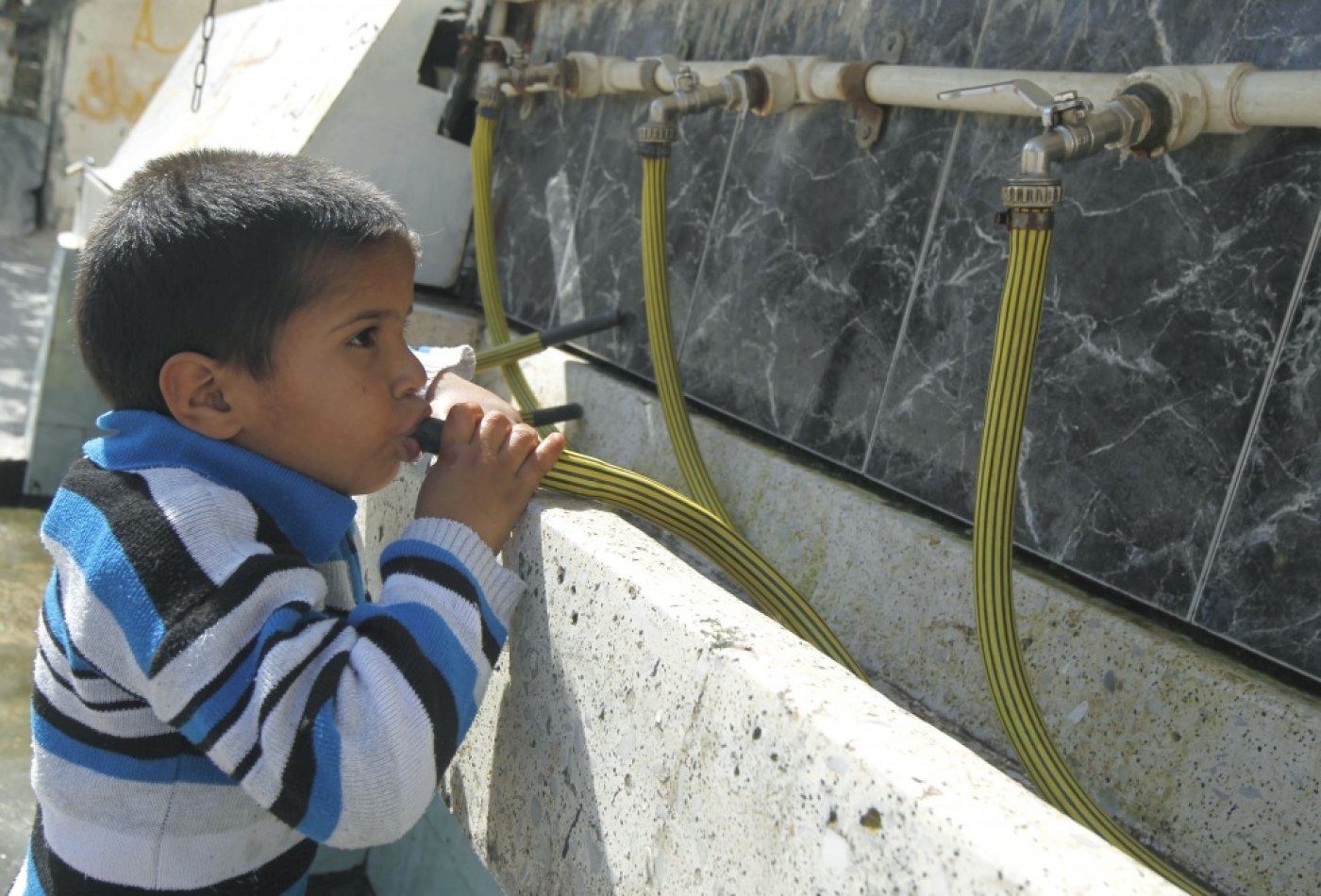 Israel’s Gaza offensive, which by the sixth day has claimed at least 145 lives, including 28 children, and injured as many as 1,000 people, threatens to bring an even deeper humanitarian disaster to the area, with vital water and sewerage systems being destroyed by Israeli air strikes.

Palestinian officials on Saturday claimed that the Israelis had targeted water wells in different parts of Gaza City, leaving thousands of families without access to clean drinking water. An Oxfam official said going into the weekend that 90 percent of the water in Gaza was already unsafe to drink.

The sewerage system is also a target, with Israeli warplanes targeting sewage treatment stations in West Gaza City early on Saturday. The areas most affected are Shati refugee camp, Tal al-Hawa, Sheikh Ejleen and most Western districts, according to Saed al-Din Atbash, head of water facilities at Gaza Municipality.

Atbash told reporters in Gaza City that Israel is deliberately targeting the wells.

"Warplanes have targeted two wells directly, one near to al-Maqwsi area 9a densely populated area with residential tower blocks) and another in al-Zaytoun, both used by 7,000 inhabitants," he said.

Israeli warplanes have also targeted five water pipelines that supply large numbers of Gazans. With each line providing water to 20,000 inhabitants, as many as 100,000 people could be affected by the attacks.

The latest damage to vital infrastructure is further straining the Palestinian health system, and the World Health Organization has already appealed for $60m to help prevent its collapse. Gaza Municipality estimates the damage to each of the water wells at $150,000. The cost to the civilian population could well be higher, forcing families to try and stockpile on expensive and scarce drinking water.

Oxfam's partners have had to suspend efforts to chlorinate water supplies in Gaza because of the ongoing violence, despite 90 percent of water in Gaza already considered unsafe to drink. Surviving infrastructure faces another threat and the organisation fears that water pumps and sewage plants could stop functioning within days because of severe shortages of fuel.

Shati refugee camp, in northern Gaza, is among the worst affected areas. Home to Ismail Haniyeh, who until last month exercised prime ministerial authority in Gaza, the camp is seen as a valuable target and has been hit at least once by Israeli F16s, local eyewitnesses said.

Atbash said repairs to the water line will require a period of calm and until then about 70,000 residents will be deprived of water in the refugee camp.

Gaza Municipality sees the Israeli attacks on the water and sewerage systems as "collective punishment" of the Palestinian people.

"Under international law, the targeting of civilian water supplies is classified as a war crime," Atbash said. "The Israeli occupation’s fighter-jets targeted a sewage-station holding 25,000 cubic meters of untreated sewage, pumped in from four areas daily."

The latest attacks are exacerbating an already critical sewerage situation. The New York Times reported last year that 13 sewerage stations in Gaza Strip were either overflowing or were close to overflowing, and 3.5 million cubic feet of raw sewage were finding their way to the Mediterranean Sea on a daily basis.

Atbash appealed to the international community to urge Israel to stop targeting water and sewerage facilities, saying that all occupied civilians have a legal and human right to clean water, sanitation and hygiene.

"We are constantly working to improve municipality water facilities to citizens in Gaza. The Israeli occupation is deliberately destroying the water wells in order to increase the human suffering during the hot summer season," he said.

As anywhere else, consumption of water in Gaza increases in summer, but power-cuts due to Israel’s destruction of electrical systems have forced water-pumps used by families to be shut down.

"We often don’t have access to both water and electricity in the same hour," said Umm Ramzy, a mother of seven children, who daily has to confront the fact that occasional drips from the water tap will not take care of family needs or domestic chores.

Gaza Strip needs on average 180 cubic meters of water annually, while the capacity of the local aquifers is no more than 80 cubic meters per year. To handle the shortage, the municipal water supply is cut at certain times and distributed to different areas according to the population density, which Umm Ramzy finds difficult to live with.

One of her children announces there is no water to flush the toilet for the second day. If this situation continues, Gaza residents will be subjected to a humanitarian crisis worse than the immediate one of trying to survive under Israel’s air-strikes. In some areas, a few trucks are distributing limited water to families, but for drinking only, not for anything else, said residents of Shati refugee camp.

"We never think of taking a shower," Umm Ramzy told the Middle East Eye. "That’s a luxury right now." Gaza’s summer can be unbearably hot anyway, where families find it difficult to cope with daily life. With war, it certainly makes it worse than before.

The World Bank has plans to improve the situation through the proposed $43m North Gaza Emergency Sewage Treatment Project, which according to the World Bank "aims to (a) mitigate the immediate and impending health, environmental and safety threats to the communities surrounding the poorly treated and rapidly growing sewage lake in the Beit Lahia area of northern Gaza; and to (b) contribute to the provision of a satisfactory long-term solution for the treatment of wastewater in the Northern Gaza Governorate.

However, no funding has yet been committed to the project, and with everything in Gaza on hold while the Israeli military operation continues, it looks as though things are set to get worse, before they get better.