Clean water is not on the agenda in Egypt, but given the scale of health problems among Egyptians living near the Nile, perhaps it should be 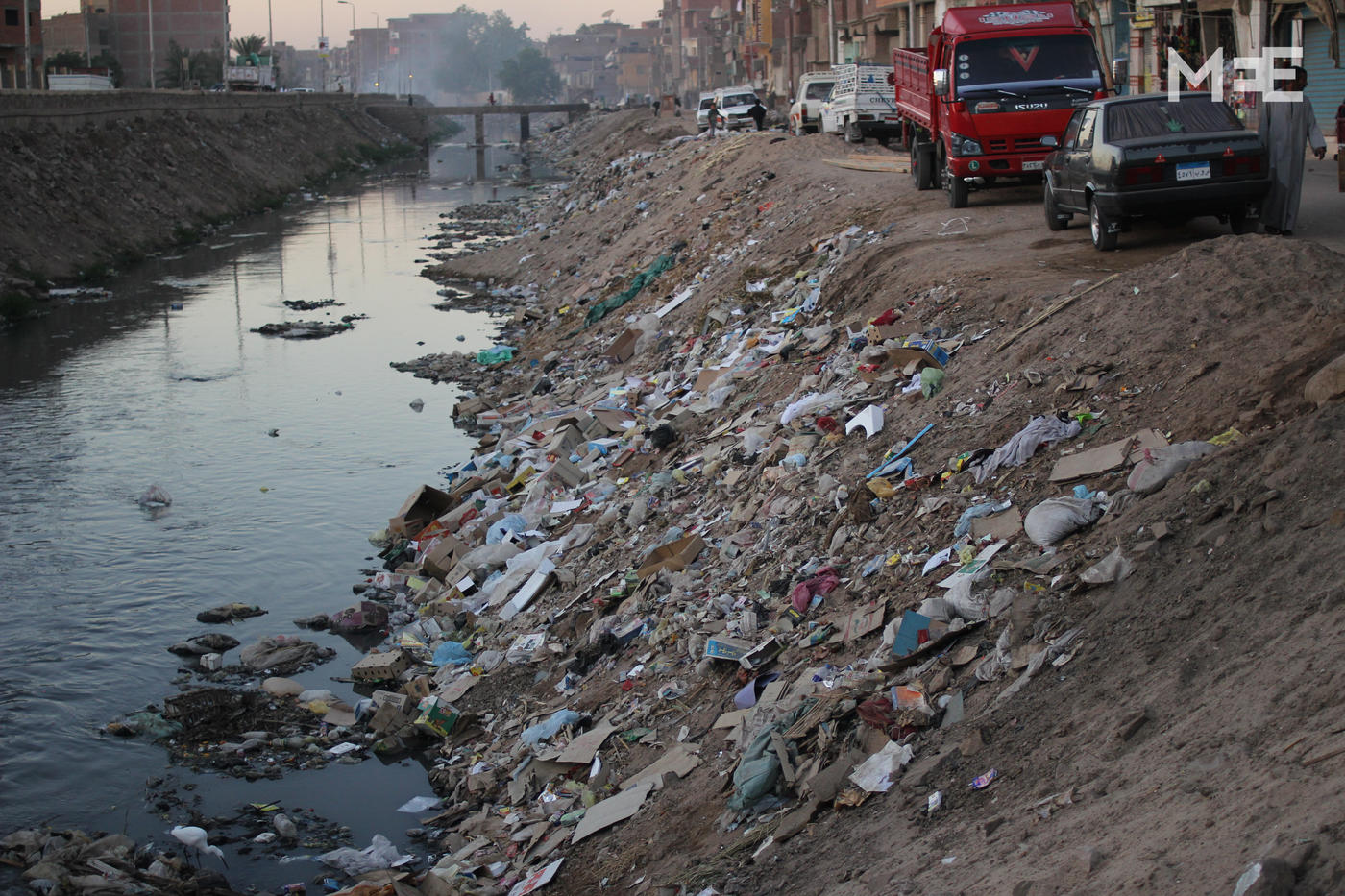 A sour smell reminiscent of rotten eggs assaults your senses as you approach the entrance to Egypt’s otherwise idyllic southern city of Aswan. The effluence from an open sewer into the Nile across from nearby factories is one of many obvious signs that Egypt’s sole source of fresh water is becoming a toxic repository.

In the Aswan village of Abu Reesh Bahari, farmers live a largely traditional lifestyle, one that depends on the Nile to sustain their livelihoods. Taj Ismail, a local farmer, still draws his drinking water with a bucket. The water, he says, sometimes has a strange smell to it.

Ismail keeps a thick file of his medical problems. He takes a cocktail of medicines for a wide range of ailments that affect his kidneys, liver and stomach. Ismail, 50, has no known history of diseases in his family.

“My father and my grandfather worked into their old age,” he says. “My father only died at 75 because of an electrical accident.”

Ismail’s neighbour, a lettuce farmer, Sayed Mahmoud Arou, 42, also believes something is wrong with the water. He complains of pains in his sides and a lack of money for treatment.

“We know when the water is clean and when it’s dirty,” he says. “It’s only been dirty since the Coca-Cola factory arrived.”

Despite the connection in the minds of many locals between the drinks factory and the state of the local water, a Coca-Cola Egypt representative told Middle East Eye that its factory stopped production in 2009 and that it's now used as a warehouse. It no longer discharges industrial waste, she said.

“As for the sewage waste, it goes internally to the public sewage centre under the continuous supervision of both health and environment bodies,” said Coca-Cola’s Ghada Makady in an email.

“In a nutshell, the pipe [dumping into the Nile] does not belong to us.”

Taking care of itself

In 2000, the South Centre for Rights, a local NGO, filed a legal complaint against river pollution and poor drinking water quality. The case was resolved in December 2014.

The Ministry of Housing has been adopting procedures to improve the situation, according to Abdul Rahim Awadallah of the South Centre. The NGO has also produced campaigns in local TV and newspapers about pollution, and has interviewed factory and hotel employees, who say their employers dump pollution into the water at night when authorities are not around.

“We will not solve this [problem of pollution] until we fix the whole system of Egypt,” Awadallah says.

The problem of water pollution is spread throughout Aswan. Uncollected garbage floats in canals. Hospitals are connected to the same sewage pipes as homes. Private trucks collecting liquid waste from homes unconnected to the city sewage system dump their effluent on farmland across from the river. In one spot, a truck’s waste burned through the electrical wires supplying streetlights.

A water station is on the other side of the street where the remnants of waste were visible. It treats about 600,000 litres per day of drinking water taken directly from the Nile. According to an employee there who preferred not to give his name, the Ministry of Health tests both river water and treated water about once a week. The ministry always says the water is clean. Even if the tests were wrong, the employee believes the Nile has a way of taking care of pollution on its own.

“Every 50 metres the Nile cleans itself,” he said vaguely without explaining why he thought this was the case.

A 'champion' of diseases

The Greek traveller Herodotus called the land of Egypt “a gift of the river.” Some 2,500 years later the Nile still dominates Egypt’s landscape, but much has changed. The Nile no longer floods farmland, thanks to the construction of the Aswan Dam in 1970, which also means farmers use chemical fertilisers, since silt is blocked at the dam.

Farming remains an important profession, with an estimated 10 million farmers, or about 11-14 percent of the population. That makes pollution in the Nile all the more worrisome. It is a cause and at the same time symptomatic of one of Egypt’s biggest plights: the poor health of its citizens, particularly when it comes to illnesses and diseases affecting the vital organs.

About 600 miles downstream from Aswan, the small city of Mansoura in the rural Egyptian Delta would seem like an unlikely place for a medical centre of international standards. But a renowned doctor, Mohamed Ghoneim, established just that in the 1980s. The Urology and Nephrology Centre of Mansoura University receives patients from around the country and provides free care when possible to patients who are residents of the immediate region. It has a growing waiting list for organ transplants, and receives more patients each year, according to a doctor there. He believes factories along the Nile that are not following environmental protocols harm his patients.

“There’s an increase in the incidence of pollution and one consequence of that seems to be an increased incidence of bladder cancer,” says Yasser Osman, professor of urology and a renal transplant surgeon.

More specifically, the type of bladder cancer increasing in Egypt is transitional cell cancer as opposed to squamous cell cancer, which indicates a greater exposure to pollutants.

Renal failure and dialysis are other indicators, but the figures from Egypt’s official statistical agency, CAPMAS, have the number of patients actually decreasing from 2009 to 2012, the last year available. Since the figures only represent government hospitals, however, they are only capturing a fraction of the cases of illness. Many Egyptians turn to private clinics, because as one joke goes, "It’s better to avoid public hospitals unless you want to get sick."

Water is only one of many sources of pollution, however, so it is difficult to say with certainty that it is the primary cause of organ diseases. Many Egyptians are already at risk of bladder cancer from smoking. They are also at risk for health problems from hypertension, salt consumption, physical inactivity and obesity. The high rates of Hepatitis A, B and C infections are connected to liver failure.

“Egypt is a champion in non-communicable diseases for all the wrong reasons,” says Henk Bekedam of the World Health Organisation. “Any of these issues are constraints to any organ in your body especially the kidneys and to a lesser extent the liver.”

Studies on the Nile downstream have found the level of heavy metals is unsafe for drinking. Similar pollution studies upstream have not occurred, but not for a lack of dirty water.

For all the diplomatic pressure on upstream countries to limit water projects, the Egyptian government has done little if anything to protect the water system within its own borders.

“We have a big problem with industrial waste,” says Mamdouh Raslan, the deputy chairman of the government’s Holding Company for Water and Waste Water. “According to the law, every factory is responsible for treating its effluent. So waste cannot be dumped into our networks or into drains without proper treatment.”

The government occasionally shuts factories down if they're found dumping waste, but monitoring is inconsistent. It’s also a hard sell to convince factories to treat waste when the government struggles to do so itself. Raslan estimates that 9-10 million cubic metres of water per day, or about 40 percent of the water system, is untreated. The wastewater goes into the Nile and its canals, and eventually the Mediterranean. Some farmers use untreated wastewater for irrigation.

The government would also need to improve monitoring of factories, remove garbage from canals, and compel building owners to clean rooftop tanks and replace old pipes.

All of that is absolutely essential to ensure Egypt’s “gift” does not go to waste. 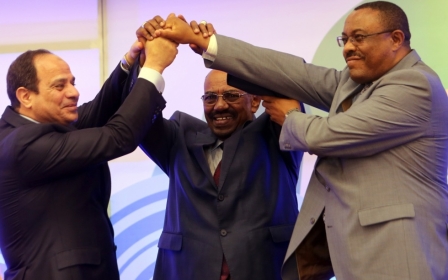 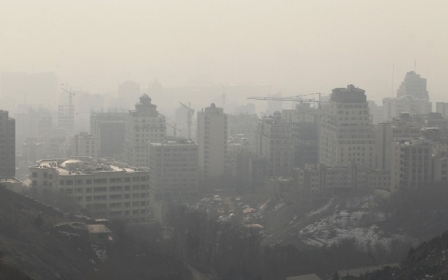 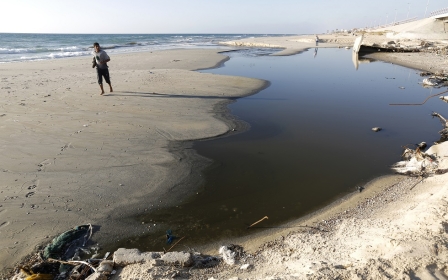