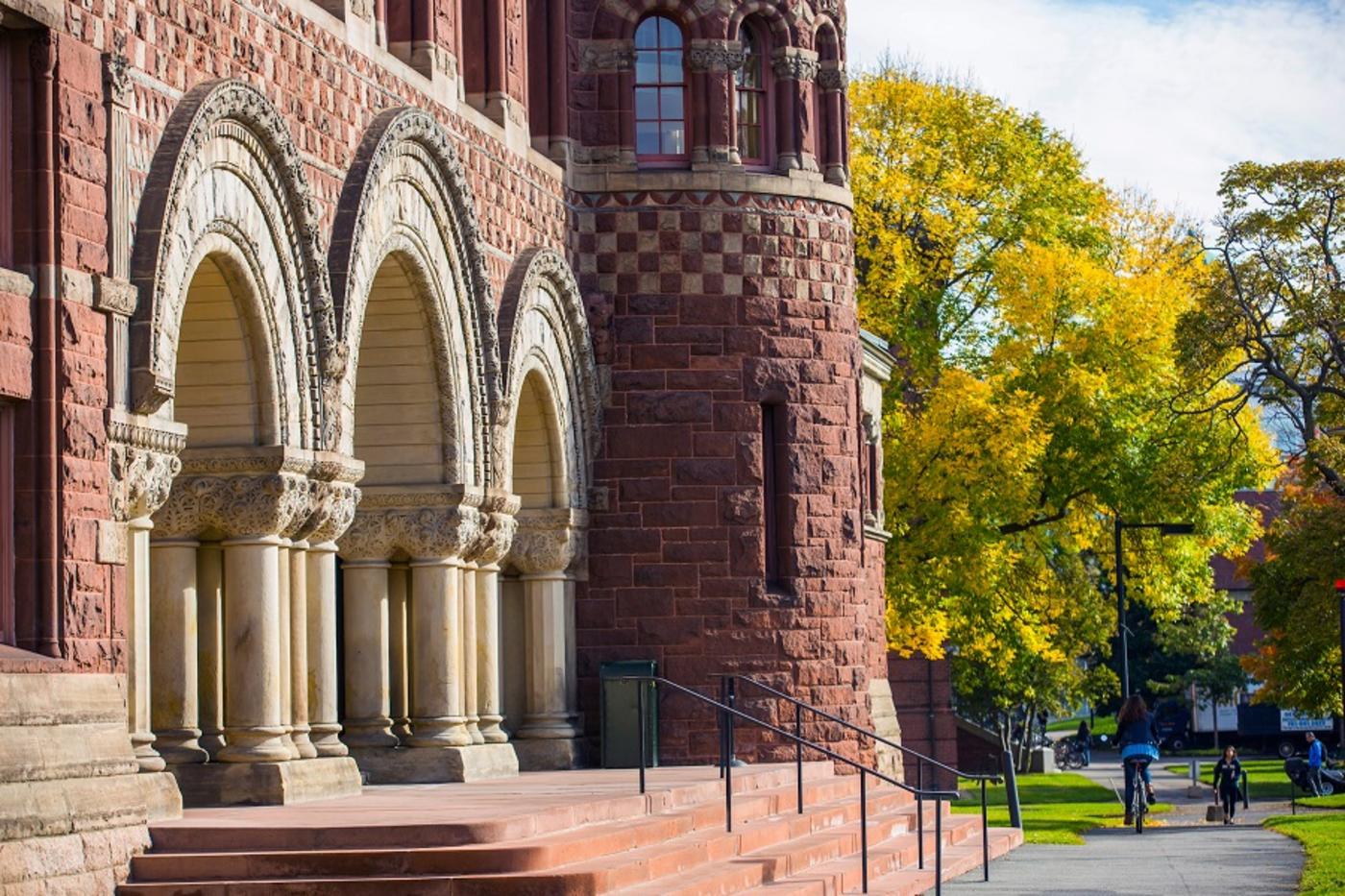 BOSTON, Massachusetts – As the United States continues to grapple with growing Islamophobia, Harvard Law School has launched a “flagship research venture” to organise the world’s information on Islamic law: SHARIAsource.

SHARIAsource hosts scholarly discussions of court cases that have dealt directly with state and Sharia law from all over the world, with a special focus on the US.

“Islamic law is so often seen as an esoteric and impenetrable base of law. There’s this kind of perception of a lack of logic, because it’s based in theology,” Tai continued, “but actually there is a very clear logic behind it. The way it’s laid out historically, it worked well for the societies in which it was applied.”

The project was conceived nearly a decade ago, by Dr Intisar Rabb, Professor of Law at Harvard Law School and a director of its Islamic Legal Studies Programme. The initiative has come to fruition over the past few years.

The research initiative’s blog publishes cases in narrative format to “break down the cases into a story and explain what they mean, how it actually played out. That’s what we’re doing to dilute the complexity of these cases,” Tai said.

The overwhelming majority of the 173 US cases published thus far have seen judges often completely ignore Sharia. Many of these cases deal with discrimination lawsuits and religious freedoms of prisoners who have converted to Islam while in prison.

SHARIAsource’s first published case narrative at the beginning of March focused on Aleem v Aleem, where a couple married in Pakistan, moved to the US, and then requested a divorce.

The husband divorced his wife and then argued that she should not have any rights to property because this had not been outlined in the marriage contract that was signed in Pakistan.

On her part, the wife stated that the divorce should be litigated according to US law, and the property split equally. The court agreed, saying that the Maryland court would give no deference to Pakistani statutes, derived from Sharia.

“American legal principles are going to take precedence,” Tai said regarding the case.

With several US states passing a ban on the use of Sharia and foreign laws in state courts and others considering it, Tai and her colleagues have been given another goal, to make the complexities of Islamic law easily understood by the public.

Law of the land

Imam John Ederer, an Oklahoma native who teaches at Al-Salam mosque in Tulsa, Oklahoma, said that Muslims are obliged to honour the law of the country they live in, according to Islam.

Ederer, 38, converted to Islam at the age of 18, and studied Arabic and Islam in Egypt and Kuwait a few years later.

“As citizens of a non-Muslim land, we are obliged to honour [and] respect the law of the land,” Ederer said. This is found in chapter five of the Quran which requires believers to fulfil all contracts, the imam explained.

'As citizens of a non-Muslim land, we are obliged to honour [and] respect the law of the land'

“If I choose to be a citizen, take a green card or a visa, I am obliged to follow these laws," he added.

Oklahoma’s measure to ban the state's courts from considering Sharia law and other foreign laws under any circumstances, was passed in 2010. It was blocked shortly after and then struck down in 2013, when a judge found it violated the freedom of religion provisions of the US Constitution.

"It is abundantly clear that the primary purpose of the amendment was to specifically target and outlaw Sharia law," wrote US District Judge Vicki Miles-LaGrange, who issued the verdict.

The US Constitution protects religious liberty in the US and prevents any law from targeting a specific religion.

Ederer said that the ban on foreign laws in state courts is cause for concern for many in the Christian and Jewish communities as well, as neither of these religions were founded in the US.

'There isn’t even a universally agreed-upon notion of Sharia law today. In Saudi Arabia it is Saudi law, in Egypt it is Egyptian law. This is because we live in a modern nation-state system'

-Dr Samy Ayoub, lecturer at the University of Texas and expert in Islamic law

Dr Samy Ayoub, a lecturer at the University of Texas and expert in Islamic law, Muslim ethics and modern Arab legal regimes, agreed with Ederer, telling MEE that it is incompatible with Islamic legal tradition to impose Sharia in the US.

"There isn’t even a universally agreed-upon notion of Sharia law today. In Saudi Arabia, it is Saudi law; in Egypt, it is Egyptian law," Ayoub said. "This is because we live in a modern nation-state system,” which changes the accepted tenets from one country to another.

Rather than dealing with a real problem, such laws are more of a tactic used to open up conversations that “criticise the Muslim community,” he concluded.

Will Smiley, assistant professor of history at Reed College and a researcher, told MEE that after the Oklahoma amendment and others were rejected, new laws “only restrict foreign law if the application of that law violates constitutional rights”.

Smiley said that “Islamic law is hardly ever applied” in US courts, and that the “intent of the current laws is probably discriminatory, and so is their political effect”.

However, it is not as if US courts never defer to religious law. In 2014, Burwell v Hobby Lobby Stores, Inc - a case heard by the Supreme Court of the United States - the justices ruled that Hobby Lobby, an Oklahoma-based chain of arts and craft stores, did not have to provide birth control as part of its employee health coverage under the Affordable Care Act, as it went against the Christian values of the owners.

'I don’t hear people talk very often about ‘Christian law,’… When courts deal with Christian or Jewish rules of law and ethics, we talk about religious belief - not about law'

-Will Smiley, Assistant Professor of History at Reed College and researcher

"I don’t hear people talk very often about ‘Christian law’… When courts deal with Christian or Jewish rules of law and ethics, we talk about religious belief - not about law,” Smiley said.

Smiley believes that the Hobby Lobby case highlights the difference in public discourse.

"Because it was about Christians, we instead talk about whether US law should accommodate their religious beliefs. This one little difference in wording makes Muslims’ religious rules, about behaviour and ethics, sound much less personal than Christians’ - and probably scarier,” he concluded.