Fearing execution, Saudi Shia are forced into a life in hiding

According to activists, some Shia Muslims have gone into hiding as they face arrest, imprisonment and even the death penalty after unfair trials 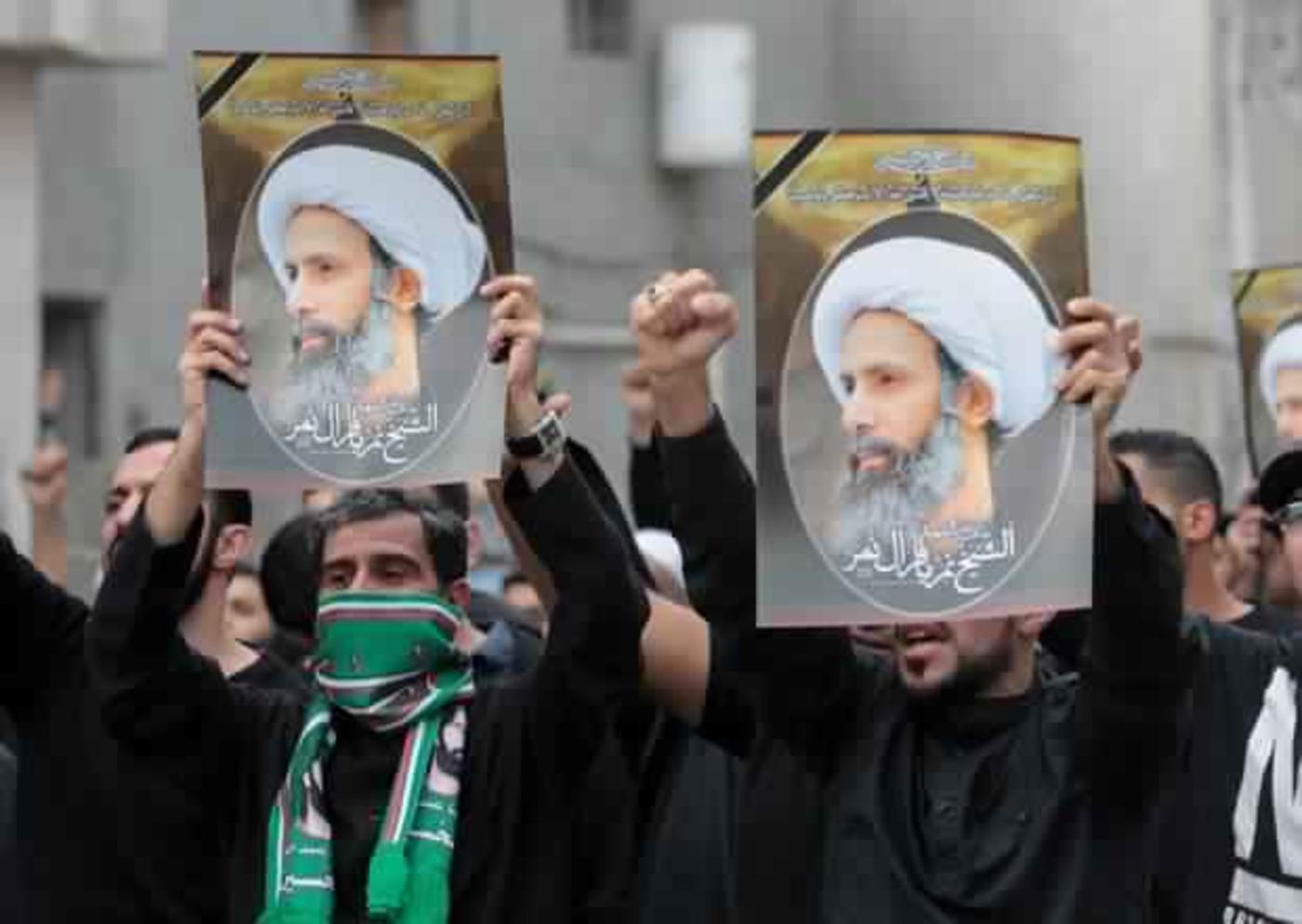 When Saudi security forces stormed into Abdullah’s home in al-Awamiya, a majority Shia town in the eastern province of Qatif, in February, he was nowhere to be found. He had been in hiding since security forces first raided his home in May last year.

Since then, *Abdullah says he has been taking refuge in different homes and corner shops every two days.

Abdullah is worried he may never see his family again if he is caught. He is yet to meet his baby girl, who was born six months ago.

“I haven’t seen my wife in nine months and I just have a photo of [my baby],” he told Middle East Eye in a phone interview. “It hurts me so much not being able to be with them.”

Dozens of other young men, say activists on the ground, have gone into hiding in al-Awamiya, with no place to go since there are checkpoints manning the town’s exit points since August, when Saudi forces flattened most of the town's old quarter and forcibly relocated many of its residents.

“I still don’t know why they’re after me. I think it’s because I participated in protests against the state [during the Arab Spring],” said Abdullah. “The whole community is scared. I think I know at least 50 people who have been seized by police [in al-Awamiya].”

Six of Abdullah’s family members have been arrested within the last year. According to Abdullah, the same day security forces raided his home in February, his nephew was dragged out of his sister’s house without explanation. Abdullah claims those arrested in al-Awamiya are taken to a prison in the eastern city of Dammam and later charged with harbouring terrorists or attempting to overthrow the state.

These charges, suspects Abdullah, are handed down to people who protested against the ruling family during the Arab revolutions which erupted in 2011. At the time, many Saudi Shia rallied behind the charismatic Shia cleric Nimr al-Nimr, who called for an end to the Saudi monarchy and spoke out against religious and political discrimination of Shia in the kingdom.

Every time I saw him his health was deteriorating. He was often limping, and he became very thin

Al-Nimr was arrested by Saudi authorities in 2012 and sentenced to death. On 2 January 2016, he was executed along with 46 other prisoners, mostly held on charges of terrorism, sparking protests across the region.

Saudi Arabia is notorious for its intolerance towards religious minorities, notably Shia communities who continue to face arrest, imprisonment and even the death penalty following unfair trials.

In a 2017 report, Amnesty, along with Human Rights Watch, said that in recent years it has recorded an increase in death sentences against political dissidents in Saudi Arabia, including members of the Shia Muslim minority. The organisations said that there are at least 38 members of Saudi’s Shia community – who make up 10 to 15 percent of the population – currently sentenced to death.

Family members of the executed cleric say that the government is now after them. One of his cousins, Jihad al-Nimr, fears for his life and is looking for a way to escape al-Awamiya.

“I think I’m wanted because I joined [al-Nimr] in demonstrations and protested his execution,” he told MEE. “I also protested when the authorities refused to hand over [his] body so that we could give him a proper burial.”

My mother pulled me away from my father, so the police could drag my dad out of the house

Just days after Jihad went into hiding in November, police raided his home and arrested his brothers and nephews. The women, said Jihad, were forced into a separate room where they cried out for their sons and husbands who were dragged away.

“They took my two brothers and nephews,” said Jihad. “Their wives and mothers have been trying to find out where they are being held, but authorities have told them nothing.”

The spokesperson of the Saudi General Prosecutor’s office did not respond to MEE’s requests for comment by the time of publication.

Meanwhile, Crown Prince Mohammed bin Salman claims that the kingdom’s problem is not with Shia but rather with Iran, as he reiterated in a recent interview with The Atlantic. But Jihad believes that more Shia will die under his rule.

While Saudi Shia have long been marginalised in the Sunni-ruled kingdom, some claim that the oppression has worsened since Mohammed bin Salman was appointed by his father as next in line for the throne in June last year.

According to Dana Ahmed, the Amnesty campaigner on Saudi Arabia, 26 men have had their death sentences upheld by the Supreme Court since Bin Salman took power, rendering their execution imminent.

“The authorities continue to use the death penalty as a political weapon against Saudi Arabia’s Shia minority,” she told MEE.

Shortly after Bin Salman assumed power, al-Awamiya was being pounded to rubble by Saudi security forces who have been engaged in clashes with armed Shia residents since May.

However, the Saudi government plans to build a development project, including a shopping mall in its place, after claiming that the neighbourhood was harbouring Shia militants. Al-Awamiya, the hometown of al-Nimr, has long been a flashpoint for protests by Saudi's Shia minority since the Arab revolutions in 2011.

By the time fighting came to a halt in August, security forces had set-up checkpoints at every exit and maintained a heavy presence in the town. With the ongoing police raids, Shia from al-Awamiya and elsewhere in Saudi Arabia say they are living in perpetual fear.

[Bin Salman] keeps telling the West that he will reform Islam, but he keeps raiding the homes of Shia and stripping us of any political rights

The 32-year-old Prince Salman was granted vast new powers when he was made heir to the thrown. He has long portrayed himself as a reformer, and was recently on his first trip abroad in a bid to charm foreign leaders.

After Prince Salman took on his role, Saudi Arabia announced that women will be allowed to drive, bringing an age-old policy to an end.

However, *Abbas, who lives in al-Awamiya, told MEE that Shia Muslims in the community are not buying into the image that Bin Salman is portraying of himself.

“Bin Salman is already acting like he’s the king of Saudi Arabia,” Abbas told MEE. “He keeps telling the West that he will reform Islam, but he keeps raiding the homes of Shia and stripping us of any political rights,” he said in a phone call with MEE.

Abbas al-Hassan is one of the 26 prisoners on death row. His wife, Zakih, told MEE that al-Hassan was arrested on 2 June 2013. Her two daughters, she says, clung onto him as the officers wrestled him away from their home in Jeddah. Maria, who was just 15 years old at the time, remembers feeling the grip of her father’s hand for the last time.

“My mother pulled me away from my father, so the police could drag my dad out of the house,” she told MEE. “I really hope my father comes back to us. We really miss and need him.”

I really hope my father comes back to us. We really miss and need him

After languishing for three years in a prison in Jeddah, al-Hassan was sentenced to death in December 2016 for ostensibly colluding with Iranian authorities and operating a spy cell in Saudi Arabia, charges that he and his family deny.

The evidence brought against al-Hassan was based on a confession that he says was extracted under torture. He never told his wife details about the mistreatment, except that his legs were tied to his hands and that he couldn’t sleep for days.

The authorities also reportedly threatened to imprison his wife and children if he didn’t tell them what they wanted to hear.

Ahmed, the Amnesty campaigner, told MEE that other prisoners reported being tortured by being slapped in the face and beaten on the back.

Fourteen Shia were reportedly threatened with more beatings, she says, unless they signed a confession in front of a judge.

“Authorities should have investigated the allegations of torture, but they never have,” she told MEE.

Weeks after the death sentence was handed down to al-Hassan, his lawyers appealed the decision in January 2017. During that time, Zakih visited her husband every second week in prison.

“Every time I saw him his health was deteriorating. He was often limping, and he became very thin,” she said.

In December, prison guards told Zakih that her husband had been moved to a prison in the capital Riyadh and that she wasn’t allowed to visit him.

Fearing the worst, she travelled to Riyadh to inquire about her husband at the Supreme Court. The judges told her that al-Hassan’s death sentence had been ratified by the Supreme Court along with 11 other Shia prisoners, in what was described by Amnesty as a "grossly unfair mass trial".

Amnesty International has found that death sentences are often ratified without informing the families or lawyers of inmates.

“I refuse to accept that my husband will be killed. This isn’t fair for him or for our family,” Zahkih told MEE.

I refuse to accept that my husband will be killed. This isn’t fair for him or for our family

Taha Hajji, a Saudi Shia human rights lawyer who advises Zakih from Germany, said that lawyers of political detainees risk reprisal if they speak to the press.

He was forced to leave the country for trying to persuade authorities to spare the life of cleric al-Nimr over two years ago.

“Shortly after [al-Nimr] was executed, I received a call from the prosecutor’s office informing me that I was wanted for arrest,” he told MEE.

“I can’t know for sure the official charges, but I thought I should try to fly to Istanbul from Saudi Arabia despite the risk of being arrested at the airport. I was lucky that nothing happened,” he added.

While Hajji is safe, al-Hassan might not be so lucky. Zakih says that there is nothing they can do to appeal the death sentence after it’s been ratified. She nonetheless continues to visit her husband who was returned to the prison in Jeddah in January.

With no timetable given for the execution, she doesn’t know how many more times she will get to visit him.

“I can’t contemplate a life without my husband,” she told MEE. “I have so much pain in my heart, but I try to act strong in front of him.”

*These names have been changed to protect the subjects’ identities. 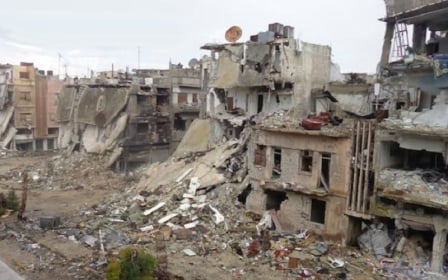