'This is not Aleppo': Shock at extent of destruction of Saudi Shia town Fears are growing of an escalation of the Saudi offensive on Awamiya, as shocking images from local activists and satellite photos reveal the extent of destruction in the Shia town in a months-long siege that has killed at least 12 people.

A satellite image show how Awamia town before and after Saudi force raided the town #Awamia, #Qatif. #Awamiasiege #SaudiArabia pic.twitter.com/XbsCfcXsSD

According to an activist with sources in the wider province of Qatif, workers on farms in al-Ramis, to the northeast of Awamiya, received voice messages last week asking them to take their animals out of the area.

There have also been requisition notices attached to houses in the district of al-Shweikah, about 6km south of Almosara, issued by the Alibrahim private property development company, which is also responsible for the renovation of Almosara.

Ameen Nemer, a former resident of the town, told Middle East Eye he feared the Saudi government was preparing to widen its offensive on the Shia-majority region, saying "they don't want a living thing in Awamiya".

The battle for Qatif

Tensions have flared up in the city over reported plans to demolish and renovate Almosara, which the government also claims is being used by armed gunmen, and at least a dozen people are so far thought to have been killed in the violence.

On Monday, the pro-government al-Sharq al-Awsat news site reported that two men from a list of 23 "terrorists" issued by the Saudi interior ministry, had turned themselves in.

The two men, identified as Ramzi M al-Jammal and Ali H al-Zaid, reportedly voluntarily reported themselves to the authorities.

The site said that of the 23 listed, eight had already turned themselves in, while most of the rest had been killed. Three remained at large.

Local residents told Reuters that three policemen and nine civilians had been killed in the clashes. Though the death toll is hard to verify, this would appear to indicate that as many as 24 people have been killed.

Awamiya has long been a flashpoint for protests by Saudi's Shia minority - the influential cleric Nimr al-Nimr, who was executed by the Saudi government in 2016, came from the town.

Confirming precise details about the situation in Qatif has long been difficult due to tight controls over media scrutiny imposed by the Saudi authorities.

Reuters reported earlier this year that foreign media could visit the area only if they were accompanied by government officials, purportedly for safety reasons.

Local activists accuse security forces of driving residents out of Awamiya by firing randomly towards homes and cars as they confront armed men in the area, charges Saudi Arabia denies.

They said several houses and shops have been burned or damaged by the fighting. Electricity has been shut down in much of the city and private generators have been damaged, while water, fire services and waste collection have been cut off.

The lack of services has led to local community volunteer groups collecting rubbish themselves.

Hundreds of people have been evacuated or forcibly evicted from houses around the area, including outside of Awamiya in the wider Qatif area.

"The issue is after they demolish Almosara, I don't think things are going to settle down in the region," said Nemer.

"I can't predict the future but it seems it's going to be worse than before."

And there is a strong will to resist it. The people of #awamia collect their trash by themselves since 3 months ago pic.twitter.com/HXPxWwT7f0

Nabih Alibrahim, a former municipal councillor and the engineer overseeing the Almosara project, has been subjected to repeated assassination attempts in recent months as the plans for the district got under way.

According to the pro-government al-Arabiya news site, Alibrahim was shot in the back and leg in a shooting in March, and in June his house was subjected to an arson attack.

Although a Qatifi Shia himself, Alibrahim has long been critical of the "religious conservativism" of Awamiya and indicated that tensions had long been simmering below the surface.

In a 2006 diplomatic cable released by WikiLeaks, Alibrahim warned that Awamiya - which he said locals jokingly referred to as "Fallujah" - was "tougher and more volatile" than other towns in Qatif.

He also said that the only police station in Awamiya had never been staffed, and that all local government offices were in the neighbouring town of Safwa.

Alibrahim was also critical of Sheikh Nimr, though he described him as "my neighbour and my friend".

"But we approach things very differently," he said, speaking to American diplomats on a tour of the town.

"He speaks out strongly against the government and even against Sunnis. I prefer a more diplomatic approach."

He added that the fighting also worked as a "useful diversion" from the political unrest in the Saudi palace following the supplanting of former crown prince Mohammed bin Nayef with the current king's youthful son Mohammed bin Salman.

"That's been more complex than I think they would have hoped for - I think there's been some resistance to it, there's nervousness about how much irritation there is with what happened to the extent that [bin Nayef] didn't leave the country in recent weeks when he was meant to leave the country," he explained. 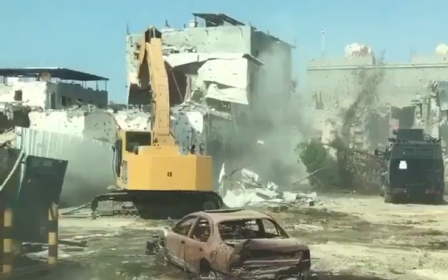 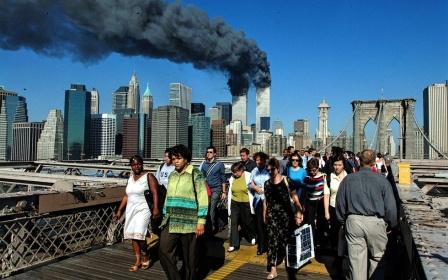