Festival on the frontline of Tunisia's struggle against militants

How do you preserve your rural way of life when a militant group moves onto your mountain? WASSAIYA, Tunisia - It's Saturday night, and Wided Hallali, 17, sits in a cinderblock chicken coup that has been converted into a small theatre and cinema by a cultural centre in Wassaiya, a mountain village in northwestern Tunisia. Along with around 20 other youths seated on hay bales, Wided laughs, smiles and cheers as Adnen Hallali, a 40-year-old teacher, actor and poet, performs a dramatic monologue in the makeshift space.

The nighttime hike to the theatre, about 20 minutes from the village centre over rocky, cactus-spotted terrain, and the performance are part of the fourth annual Festival of the Shepherds, which Adnen Hallali, who shares his last name with many of his extended relatives in the village, founded to celebrate local traditions and engage youth in cultural activities.

Wassaiya, home to just over 1,000 people, is a predominantly agricultural village in Tunisia’s underdeveloped hinterland. Most youth here will either leave for university and work or adopt the pastoral and agrarian lifestyle of their forbearers.

Aside from Adnen’s efforts, there are few organised opportunities for young people to be exposed to the world beyond the village - a space that has become even more confined in the shadow of security concerns.

Wassaiya is located on Mt Semmema, about 50km from the Algerian border in the Tunisian governorate of Kasserine. The mountain, along with nearby Mt Chaambi and Mt Selloum, has become the focal point of Tunisia’s struggle against the al-Qaeda-linked militants of the Okba Ibn al-Nafaa brigade. Since Tunisia’s revolution in 2011, the mountains where Wassaiya’s sheep graze have become the group’s base of operations.

The Okba Ibn al-Nafaa Brigade is an official branch of Al-Qaeda in the Islamic Maghreb (AQIM), which traces its roots to the Algerian civil war in the 1990s. AQIM opposes Western influence in North Africa and supports the establishment of an Islamic Caliphate by overthrowing what the group considers to be "apostate" governments in the region, including Tunisia’s.

In the past two years, attacks against security forces in the area have killed more than 70 soldiers, according to Alaya Allani, a professor at Manouba University in Tunis, specialising in the country’s history of Islamism.

The Tunisian government also blames the brigade for the 18 March attack on the Bardo Museum in Tunis, which resulted in the death of 24 people, including the two gunmen. The Islamic State (IS) also claimed responsibility for the attack. However, security experts have dismissed this claim as a propaganda move on the part of IS.

Tunisian security forces have responded to the militant attacks by launching a military campaign in the area around the three mountains and imposing a closed military zone along the border.

Between the restrictions on movement imposed by security forces and fear of the militants, the security situation has altered life and hampered the economy for the villagers of Wassaiya and the surrounding area. As a result, the Festival of the Shepherds has taken on an edge of cultural resistance against the daily difficulties faced by the villagers and the spectre of militancy in Tunisia.

When Adnen Hallali, who works as a French teacher in the costal town of Nabil and returns to Wassaiya two to three times a month, started the Festival of the Shepherds four years ago, he was looking for a way to celebrate the cultural traditions of the mountain where he grew up.

“Almost everyone is this area is a shepherd,” Adnen explained.

The other main economic activities of the village revolve around foraging for wild rosemary and halfa grass, which is used for the weaving of baskets and mats. The halfa grass products and rosemary are sold in markets throughout Tunisia and contribute to the modest economy of the village. The area is also rich in folksongs that speak about the traditional way of life.

The festival was initially intended to attract people from other parts of Tunisia and abroad to Wassaiya to listen to the folk music, share food and experience local life by taking the sheep out to herd and foraging for rosemary and halfa grass. “The idea was to honour the local people and traditions,” Adnen said.

But the way of life started to change two years ago. At the end of July 2013, militants attacked a military patrol on nearby Mt Chaambi, killing eight soldiers. The attack was unprecedented in modern Tunisian history, which has not seen the political violence of many of its neighbours.

The militants, a mixture of Algerians, Tunisians and Libyans, had taken advantage of a lapse in security following Tunisia’s revolution to establish a presence in the mountains, which the government had known about for more than a year, according to Allani. “The government … only intervened after their first operation,” Allani said.

In the past two years, militants from the Okba Ibn al-Nafaa Brigade have carried out more than 20 attacks against Tunisian security forces on Mt Chaambi, Mt Selloum and Mt Semmema. In response, the government launched a campaign to try to push the militants from the mountains, which has yet to be successful. The campaign, however, has intensified following the Bardo attack, with the government having some success striking at the group’s leadership.

As part of the security measures, the government declared much of the area around the three mountains and along the Algerian border a closed military zone.

For the villagers of Wassaiya, this has meant that they are no longer able to graze their sheep or forage like they used to. “Before we were able to walk the whole mountain,” Sameh Hallali, a 29-year-old shepherd and farmer, said as he was tending his flock in a small field near the village centre.

“The closed military zone starts just 200m past the village centre,” Adnen explained. If the villagers venture too far into the mountain, the military stops them and turns them around. Also, if there is a military operation in the area, the closed military zone is often extended to cover the whole village. These restrictions have had a significant, negative impact on the local economy, he added.

While the militants have not attacked the local population on the mountains, they do enter villages in the area from time to time to steal livestock, food, water and other supplies. “We are afraid that something like that will happen here,” Sameh said.

There is also at least one village on Mt Semmema that is known to harbour sympathies for the militants and that provides them with supplies, according to Adnen.

On 22 April, three days before this year’s Festival of the Shepherds, militants attempted to attack a military patrol on Mt Selloum. The attack did not result in any casualties, but security forces continued to carry out operations against the militants for the following two days, which resulted in the deaths of three soldiers and 10 militants.

Given the ongoing operation in the region, security forces were wary to let the Festival of the Shepherds take place. “They called me … and told me we had to cancel it,” Adnen said of the security forces, who were worried that the presence of a small number of foreigners, mostly journalists, at the event would make it a target for the militants.

Adnen, however, was adamant that the festival should continue. “This event is our way of resisting. Since they insist on using weapons against us, we are going to use our own weapon, which is culture, against them,” he said.

Around 70 people from Wassaiya and other parts of Tunisia gathered on 25 April, the first night of the festival, to listen to singers from the village perform local folk music and watch a performance by an oud player and singer from Tunis who was invited to perform in the village for the festival. Villagers passed around freshly picked sprigs of rosemary to those in attendance, while armed members of the national guard stood around the perimeter of the gathering. As the sun set, the audience converged on the makeshift stage, raising the rosemary into the air, and chanted, “Long live Tunisia. Long live Mt Semmema.”

Following the concert, a number of the villagers and guests went to Adnen’s family home for a dinner of lamb couscous and an evening of music and poetry. Much of the poetry turned the security situation on the mountain into a source of humour, with tongue-in-cheek references to soil that grew landmines instead of plants among other illusions to the situation.

After dinner, a number of the guests, including a large contingent of youth from the village, headed to the converted chicken coup for an impromptu performance.

Just after sunrise the next morning, the villagers and guests gathered again to take the herds of sheep out to graze in a nearby field and a group of village youth performed breakdancing. Afterward, Adnen and other organisers led activities for the youth of the village throughout the morning, including teaching them songs and having them make abstract art projects.

“It’s a moment of joy for us,” Adnen said as the festival drew to a close. At the same time, the larger context of the event was not lost on him. “We can’t talk about eradicating terrorism by bombs. We need to look at culture as well … It’s a kind of prevention against extremism,” he added, noting that if youth in the village had nothing else to do they would be more susceptible to extremist messages propagated by some religious figures and online.

At the end of the festival, Wided Hallali, who had been laughing and enjoying the performance at the converted chicken coop the night before, said that the trip there had been her favourite part. “It made me feel like it was safe,” she said. With two years left of high school, she still doesn’t know what she wants to study in university. But, she said, maybe she would pursue something related to culture.

For now, despite living on the frontlines of Tunisia’s struggle with militants, her life has gained a sense of normalcy. “We are living and God is protecting us,” she said. 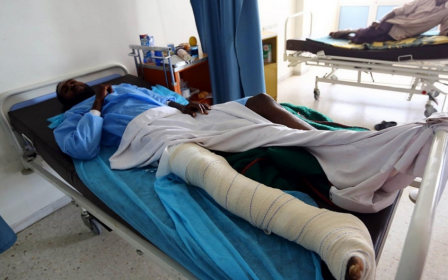 Libya Crisis
Tunisia’s ‘Little Tripoli’, an oasis from the war next door 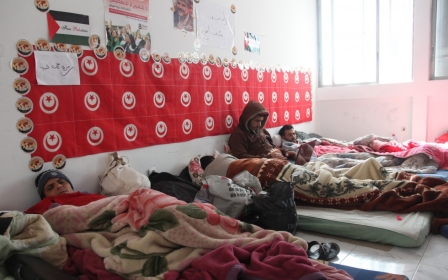