The fight on Libya's westernmost front

On one of the least-reported front lines in the Libyan civil war, the battle for control of Wattiyah military airbase enters its fourth month 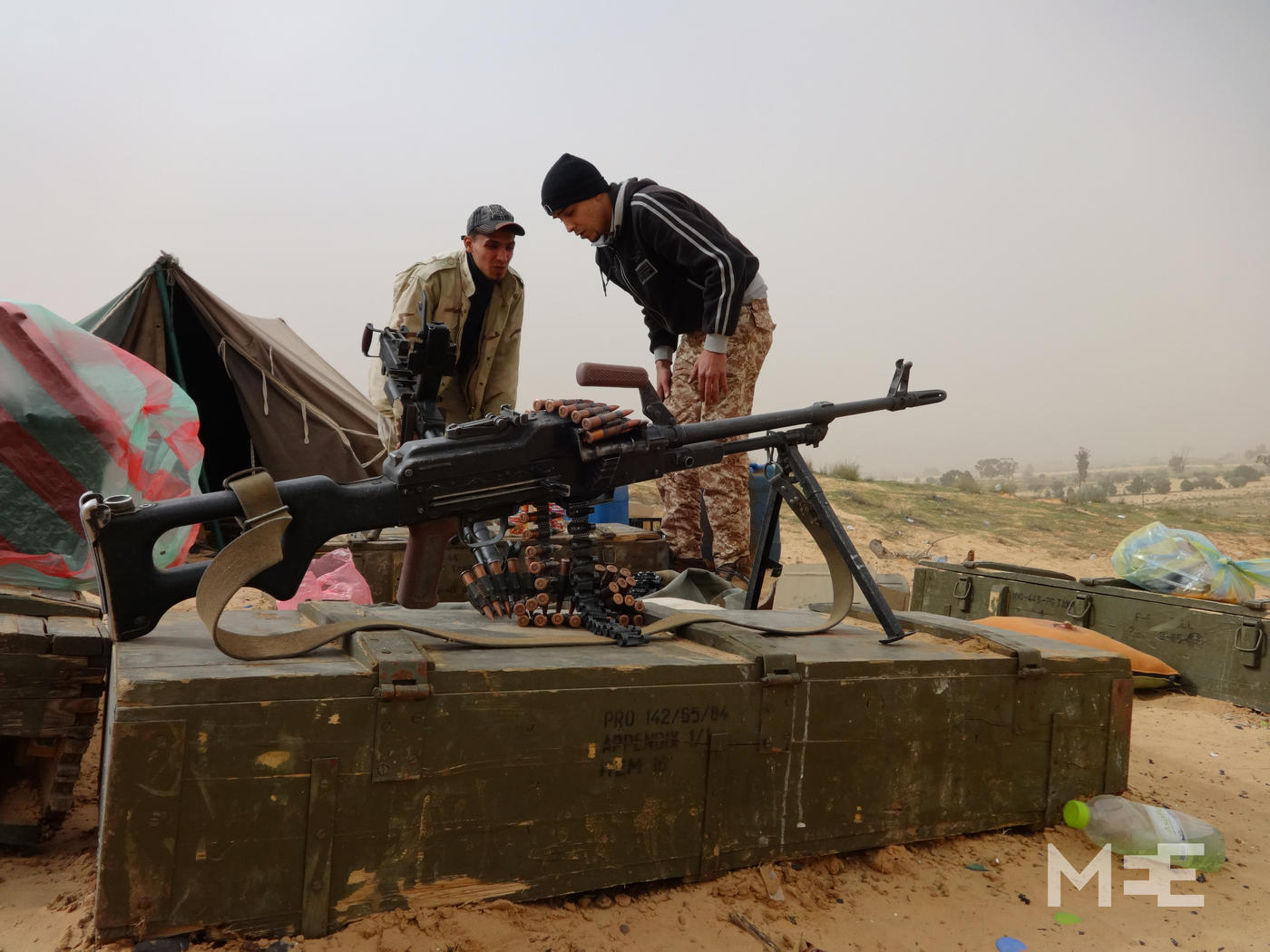 TRIPOLI - There is a flurry of movement at the top of the sandbank where two young men in military fatigues are manning a Soviet-era 12.7mm calibre heavy machine gun, while another peers through periscope binoculars. A tank has been spotted in no-man’s land, a few kilometres away, bumping over the barren wasteland that surrounds the sprawling Al-Wattiyah military airbase, over which forces loyal to rival governments are vying for control.

There is a brief exchange of heavy fire before the gun jams. Two of the young soldiers wrest the weapon from its tripod and lug it down to the camp, leaving the lookout alone at the brink of the sandbank.

Propped on top of one of four ammunition boxes lodged in the sand outside a tent, petrol is decanted into a half-litre water bottle and poured over the mechanism of the semi-dismantled weapon. “Petrol is very effective,” one of the soldiers says confidently. “This will soon be working again.”

This is one of a string of Libya Dawn encampments on the westernmost frontline of Libya’s fractured civil conflict, stretching across a 90-kilometre arc, from south of Sabratha to near the Tunisian border, in a battle which has already dragged on for three months.

The offensive on Wattiyah was launched in November by forces affiliated to Libya Dawn, a militarised-political movement that took control of Tripoli in the summer, after a battle which left the international airport and some of the capital’s oil infrastructure destroyed.

Wattiyah airbase is held by troops from the Libyan National Army (LNA) and supporting forces, loyal to the Western-backed government now sitting in the eastern town of Beida, and the parliament - the House of Representatives - based in Tobruk. After the takeover of Tripoli, LNA troops withdrew to the Jebel Nafusa (Western Mountain) region to regroup and take on Libya Dawn forces in a series of battles for territory.

Months of fighting for Wattiyah has propelled the Libya Dawn forces to 22 kilometres away from the airbase, said to be one of the largest on the continent of Africa. Although the conflict appears to be at a deadlock, both sides claim to have the upper hand.

“Our forces are still in place, defending as planned. This has become a nightmare to Libya Dawn and has exhausted them,” commander of LNA military operations in the western region Colonel Idriss Madi says, speaking from Zintan.

The commander of one of Libya Dawn’s units - the El-Khoudorat El-Moujahida Brigade - Muftah Abuleafa, however, describes the airbase as “half-surrounded.” Missiles fired from the Libya Dawn front line can now reach the facility, he explains, adding: “We are waiting for them to surrender, and negotiate with Misrata.”

Dialogue efforts between the elders of Misrata - Libya’s third city and the origin of some 56 brigades fighting at Wattiyah - and Zintan have been ongoing since before the attack on Tripoli airport but have yet to have any real impact on the ground. “As a matter of principle we have supported dialogue with all, and this was the case from the beginning, but Libya Dawn has no unified leadership that can take decisions,” Colonel Madi claims.

Although the Libya Dawn troops at the Wattiyah frontline are confident, describing fighting as being in sporadic bouts and the situation as “stable”, this sustained conflict is taking its toll. Both sides are guarded about giving the total figures of their dead and injured. One 22-year-old commander, Mustafa Zeidi, quietly lists the names of those killed in his brigade - a two-month tally of 20 dead and 15 injured.

The sustained battle for Wattiyah has a Mad Max edge in its fight to control resources, and one of Libya Dawn’s advantages is its dominance over refined petroleum. At checkpoints manned by Abuleafa’s brigade, petrol is confiscated from civilian cars heading into the mountains to prevent it from being handed over to LNA forces.

Local families continue to live on the fringes of the sprawling conflict zone that surrounds the airbase, refusing to be evacuated, preferring to stay on in their farms and hamlets, rather than become another statistic amongst Libya’s increasing numbers of internally displaced people. They have mixed allegiances, and many cars have been found carrying canisters of petrol, believed to be destined for fighters from the mountains.

“Zintan has a big problem with getting petrol, that’s why we confiscate canisters from civilian cars heading that way,” Abuleafa’s deputy Adel Toumi explains. “Although now we notice people are driving towards the mountain with full tanks and coming back empty. We think they siphon out the petrol.”

These locals have become caught up in one of the most political, yet underreported, conflicts in Libya’s civil war.

Some of Libya Dawn’s fighters and even commanders are fresh-faced youngsters, in mismatched uniforms with shocks of curly black hair pushed under caps. Few have had formal training, with military experience limited to the 2011 revolution and assorted conflicts that have increasingly defined post-revolutionary Libya. Even the training of some older leaders, such as former businessman turned military commander, 43-year-old Abuleafa, comprises just two years’ military service under Qaddafi.

“All this army is mine. I pay for it,” Abuleafa says, gesturing towards the scattered tents and improvised fighting vehicles, known as technicals, above which a sandy wind now obscures the sun. “Most of these guns I’ve bought myself.” The Tripoli-based government, he admits, has no money to purchase weapons, although it continues to supply ammunition and has a scheme in place to buy back weapons from fighters in the future. “Zintan also sells guns. I actually bought some guns from the enemy, via local people,” Abuleafa explains. Other Libya Dawn soldiers have brought their own guns to the front line, some left over from the 2011 revolution when thousands of weapons were seized from Qaddafi’s stockpiles.

Despite fleets of photogenic technicals, often daubed with mud and sand at Wattiyah for camouflage, it is a conflict being fought mostly with outdated equipment. Much of this is Soviet-era weaponry, bought by Qaddafi between 1979 and 1985 when sanctions prevented Libya from doing business with western countries.

The sandy terrain, too, is challenging. One of El-Khoudorat El-Moujahida Brigade’s encampments is on the edge of a deserted farm, where hens still scratch for morsels of food in the sand beneath trees in an olive grove. Outside the farmhouse, a mechanic tinkers with the engine of a bulldozer, needed for creating defensive banks of sand, parked outside the farmhouse. Here, sand is both a friend and foe - essential for defences, yet ruinous for weapons and equipment.

Libya Dawn’s troops at Wattiyah, who operate under the Tripoli-based Chief of Staff and Ministry of Defence, take legitimacy from the claim that they are defending the revolution from an enemy that is comprised of both “terrorists" and supporters of the former Qaddafi regime.

“These people are Qaddafi loyalists. When I caught some soldiers fighting here, I found pictures of Qaddafi on their phone,” Abuleafa says. Another fighter, Hamza Najanadeen, captured by the LNA and detained in Zintan for 66 days before being released as part of a prisoner-exchange, claims to have seen members of the regime-era military in the mountain town.

“Qaddafi is dead and Libya Dawn is loyal to the Islamic State (IS),” Colonel Madi says. The rising presence of IS in Libya is one that Libya Dawn insists is not actually IS but rather groups of Qaddafi-loyalists using the name and flag to further destabilise the country. But Libya Dawn’s open tolerance towards other militant groups, including Ansar al-Sharia, has generated suspicion from the opposition, which routinely labels them terrorists.

As Libya Dawn-affiliated forces continue to clash with those fighting under the internationally recognised institutions in the east, at the oil export terminal of Es Sidra and in Benghazi, the crucial fight for Wattiyah continues.

Military vehicles driving along the coastal highway that runs between Ras Jedir and Tripoli, and several heavily manned checkpoints, are the only visual hint of the presence of this extended Libya Dawn front line, parts of which lie just a few kilometres from the road.

But, for those living or working along the coast, the daily sound of fighting serves as a reminder of the ongoing war. As the sun sets over the Mellitah oil and gas facility - a joint venture between Libya’s National Oil Corporation (NOC) and Italy’s ENI - a stream of distant explosions can be heard as the fighting gathers momentum. 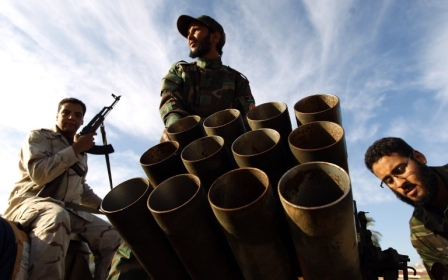 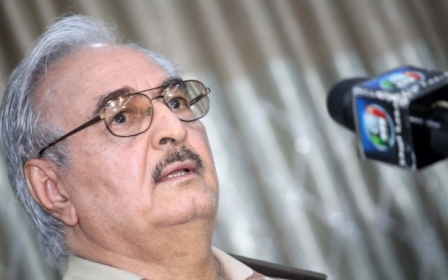