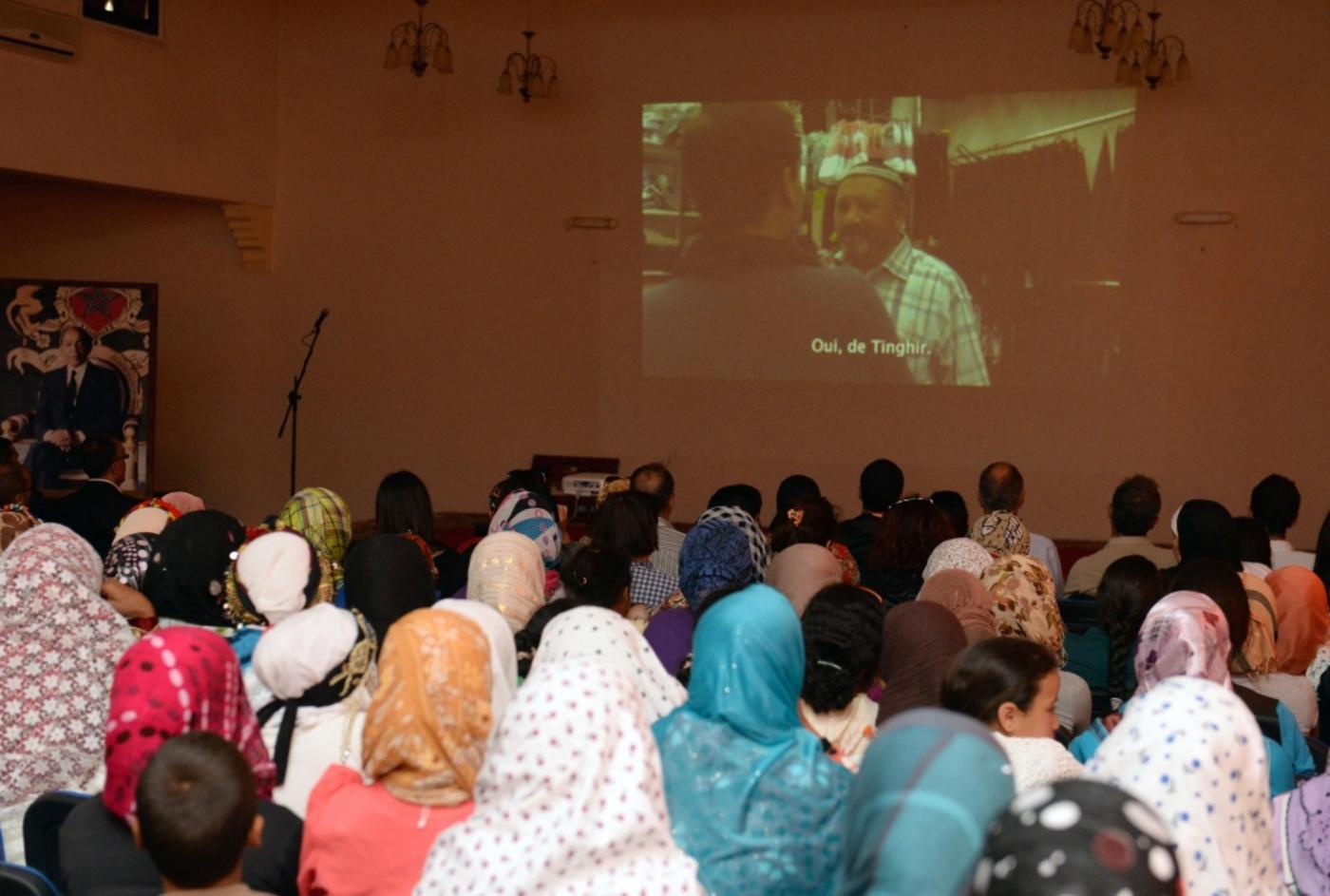 Moroccans watch a movie by French-Moroccan director Kamal Hachkar, about the Jews of Morocco (AFP)
By
AFP

TINGHIR - In the bustling Berber town of Tinghir beneath Morocco's towering Atlas mountains, some residents remember with nostalgia when Muslims and Jews co-existed harmoniously, the subject of an acclaimed but controversial documentary.

Morocco has had a Jewish community since antiquity, and in the late 1940s it counted some 250,000 members, or 10 percent of the North African country's population.

But these numbers dropped dramatically in the decades after the founding of the Jewish state, and today only around 5,000 Jews remain.

There are now none left in Tinghir, a small town on edge of the Sahara whose "mellah" or historic Jewish district present in so many Moroccan cities, is a relic of this bygone era.

But French-Moroccan director Kamal Hachkar has brought memories of its Jewish past back to life with his award-winning documentary Tinghir-Jerusalem: Echoes from the Mellah, which came out last year and was shown for the first time on Sunday in Tinghir, his home town.

"My work speaks of a very special period when Jews and Muslims lived together in this Berber region, in Morocco's far southeast," Hachkar told AFP.

"This history speaks to everyone because it touches on the universal themes of exile, loss and otherness."

The documentary has caused a stir in Morocco, with around 200 people, mostly Islamists, demonstrating against it being shown at the 2013 Tangiers film festival, denouncing what they called an attempt to "normalise relations with Israel".

"Some have accused me of working for [Israeli spy agency] Mossad. But most of them haven't even seen the film!" said the 36-year-old director.

There is no evidence of controversy in Tinghir itself, where the screening was attended by around 400 people and evoked emotional memories rather than protests.

"This story is ours and will continue to be, whatever the issues and the manipulations of others," said Fanny Mergui, a Moroccan Jew who emigrated to Israel with her family at the age of 16 before returning to Casablanca, where she now lives.

"I was born with a Star of David and a crescent moon on my head. This land here, we will carry it with us for ever."

Kindness kept us together

Daoud, an elderly craftsman in Tinghir, is among the few who are able to share personal memories of the town's Jewish past with the younger generation.

"There was always understanding between Jews and Muslims. Religion separated us, but kindness kept us together. The departure of the Jews left a vacuum, and they are always in our memories," he said.

For Jauk Elmaleh, a musician from Casablanca, Hachkar's film captures the "love and fraternity" that he believes unites Moroccans "without distinction".

In 2011, another French-Moroccan director, Nabil Ayouch, who has a Muslim father and a Jewish mother, took on the Israeli-Palestinian conflict in his documentary My Land, interviewing young and old from both sides.

But for Hachkar, a Muslim and a Berber like millions of Moroccans, who lives in France, the question of identity is a more compelling subject, and doubtless a safer one.

"I learnt from my grandfather that there were Moroccan Jews. Before, I thought that all Moroccans were Muslim. Suddenly I found my spirit opened," he said.

"When I was young I felt like an oddity, at once Moroccan and French, living in the heart of Normandy but identifying with this otherness."

The Moroccan authorities are keen to highlight the country's tolerance, rich history and cultural diversity, scrapping a list drawn up 20 years ago that banned parents from giving their children certain Berber names, and opening a Jewish museum in Casablanca in the late 1990s.

But at the same time, there is also an ongoing and highly charged debate about Israel's links with Morocco, whose government is currently headed by the moderate Islamist Party of Justice and Development.

Two bills drafted last year proposed sanctions for Moroccans visiting Israel, one of which has since been dropped.

And last month, an organisation calling itself the "Moroccan observatory for the struggle against normalisation" published a blacklist of people promoting any rapprochement, which has only fuelled the controversy. 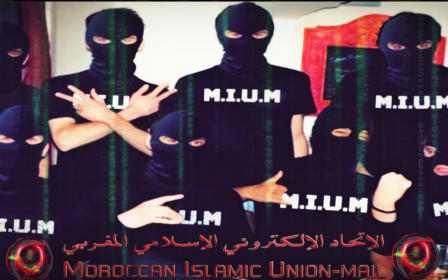