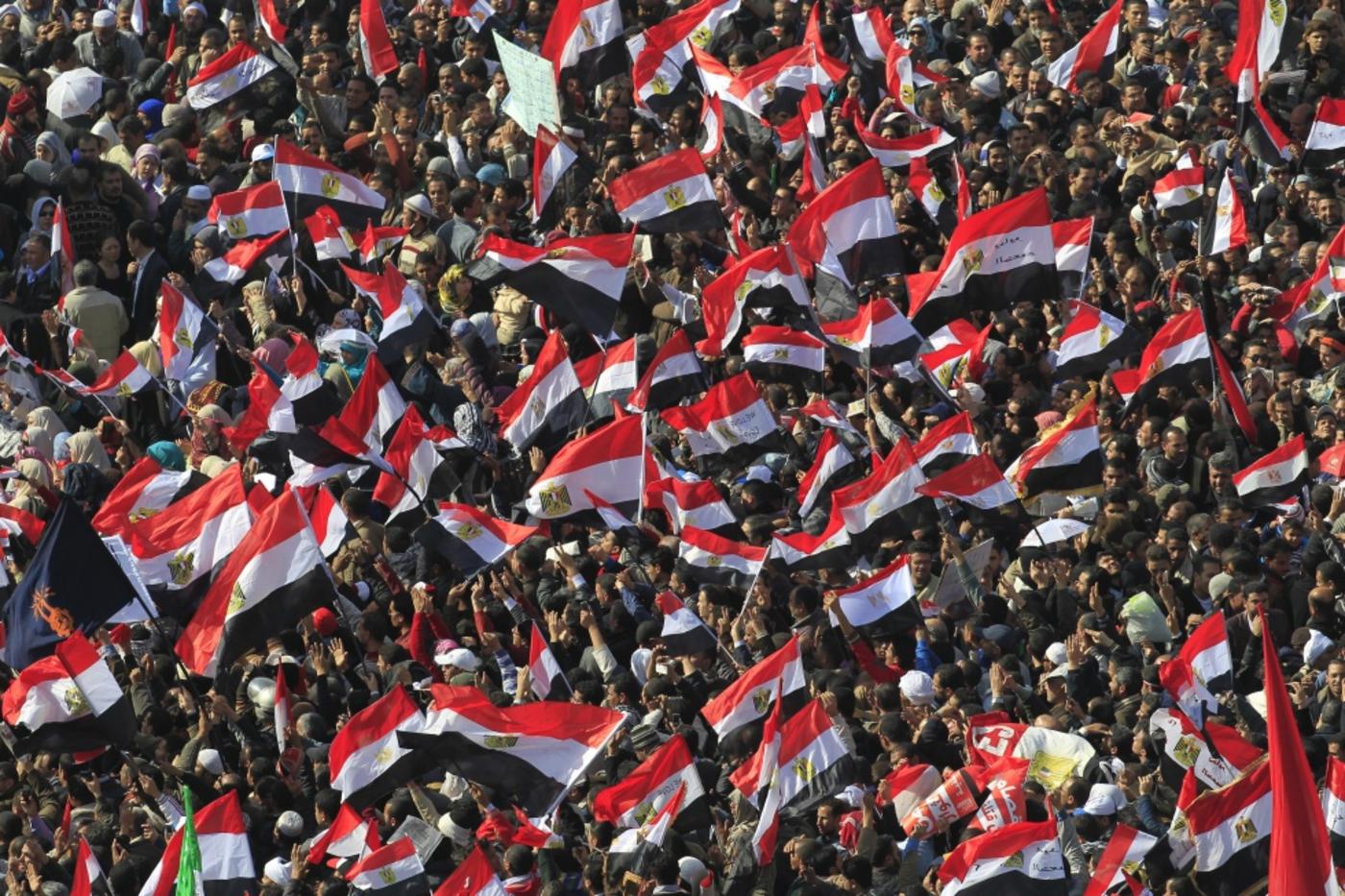 A rally in Tahrir Square. The Square became the rallying point for protesters in the 2011 revolution. (AFP)
By
Arwa Ibrahim

The Square, a documentary about the 2011 Egyptian Revolution, offers a lively snapshot into the sequence of three years of events through the eyes of Egyptian activists. While it is an inspirational film that depicts the passion of the revolutionaries, its narrative is selective and sharply divisive at this particularly acute juncture in Egyptian national history.

Banned in Egypt for its attack on the military, The Square which was released in time for the third anniversary of the 25 January revolution, was massively hyped but induced irate reactions as well. The Academy Award nominated film premiered in theatres and on Netflix on 17 January 2014, after it had initially premiered at the Sundance Film Festival a year earlier. Jehane Noujaim, the director , re-edited it adding eight minutes of footage to include ongoing turmoil.

Noujaim, an American-Egyptian filmmaker, is well-known for her film Control Room, a documentary on the media coverage of the US invasion of Iraq in 2003. The film director who works across the US and the Middle East, grew up in the affluent Cairo neighbourhood of Zamalek, before moving to Boston in 1990 to study visual arts and philosophy at Harvard.

Noujaim follows six activists mainly during their time in and around Tahrir Square. The narrator and protagonist of the film, Ahmed Hassan, a passionate twenty-something year-old with high hopes and a somewhat naive outlook, comes from the deprived Cairo suburb of Shubra and is son to an illiterate woman who sells vegetables for a living. Hassan is emblematic of many young Egyptians who took part in the revolution for a better future.

The second protagonist Khalid Abdalla, a British-Egyptian actor and filmmaker - known for his role in The Kite Runner, is an eloquent voice that tries to analyse events in the film. Abdalla was influential in conveying developments in Egypt to Western media. Magdy Ashour, a member of the Muslim Brotherhood, who alternates between being loyal to the group’s official stances and then defying them at times, is an affable character but not representative of the majority of the Brotherhood and Islamists in general. While Hassan, Abdalla and Ashour are the main characters of the film, Noujaim also follows Ramy Essam, known as the protest singer of the revolution who is captured by army officers and tortured; Ragia Omran, a human rights lawyer; and Aida El-Kashef, a filmmaker who also documents parts of the revolution.

The first half of the documentary is vibrantly reminiscent of The Square’s euphoric spirit and the pluralistic atmosphere that unified Egyptians - Muslims, Christians, seculars, liberals, Islamists, the illiterate, the deprived as well as the educated and the wealthy, all under a single banner - a demand for social equity, freedom and justice.

The film uses unique footage that immerses the viewers into a world they could have only glimpsed through news reports. The documentary’s account of the revolution however is limited to that of a specific clique in the society – mostly educated, liberal, secular, English speaking revolutionaries, represented by most of Noujaim’s characters and a group she herself belongs to. Noujaim falls short in highlighting focal voices and events, therefore building a biased narrative of why the revolution went wayward.

Noujaim illustrates the Egyptian military as a malicious force that had initially stepped in to support the people, yet quickly shows its true colours, evicting, torturing and killing protestors. Surprisingly, however, her protagonists Hassan and Abdalla celebrate the military take-over in July 2013 as Hassan says, we got rid of “Mubarak, the military and Morsi” without realising he is welcoming the military back into power.

At the same time, Noujaim depicts the Muslim Brotherhood and Islamists in general as complacent, breaking away from the revolutionary principles by brokering a clandestine political deal with the army, nominating a candidate for the presidential elections, then wrecking the country’s security, economy and political stability and eventually derailing the revolution.

On the other hand, the filmmaker does not address the strong hold of the Mubarak regime cronies over Egypt that continued after the 18-day sit-in and into the elections, the obvious repercussions of change in a deep state riddled with corruption and backwardness, the targeting of Egyptian women in public squares or the rift that occured between Islamists and Coptic Christians.

Noujaim is discriminatory in her narrative, excluding key milestones of the three-year storyline, most notably the story of Rabaa Square, which although did not happen in the film’s setting of Tahrir, was the biggest massacre in modern Egyptian history, taking the lives of hundreds of protestors on 14 August 2013.

The Square leaves its viewers with an underlying message: the military and the Brotherhood are equally responsible for the failure of the Egyptian revolution and the only true revolutionaries are the secular-liberals who remain true to the revolutionary principles. To bolster her narrative, Noujaim projects her characters disappointment with the Islamists’ actions without giving members of the Brotherhood a chance to address the claims made against them. Although she shows recordings of army generals making their case, there is no voice for the Islamists except through the amicable yet inarticulate Ashour. She does not depict the varying discussions within the Brotherhood and the fierce dissent among their youth as their leaders tried to seize an unprecedented moment of victory for the group. Moreover, Noujaim shows the Brotherhood, as an organisation, only present in Tahrir very late in the film, while in fact the group had a leading role in the success of the uprisings since 28 January.

Furthermore, she excludes the mention of notorious Islamic figures of the revolution such as Shaykh Emad Effat. Effat was a leading religious authority in Al-Azhar, who also spoke out vehemently against the Mubarak regime and took part in the protests until he was shot dead during the Mohamed Mahmoud clashes of November-December 2011.

Noujaim’s protagonists remain on the periphery of reality, not engaging with politics or the aftermath of rebuilding a state that has experienced a revolution. Instead they remain activists who can only see change through protesting on the streets and in public squares. The result of their views can be seen in the unfolding of events in Egypt today.  Noujaim’s characters trusted the military into power again and welcomed a military coup as "acontinuation of the revolution". The film’s protagonists sharply condemn any political factions, particularly the Brotherhood, who naively attempt pragmatism and politics to move Egypt forward. Through Khalid’s powerful line, “in politics you have to compromise, while we the revolutionaries know no compromise”, Noujaim portrays the secular-liberals as highly moral individuals, claiming that the revolution belongs to a single facet of the Egyptian people.

The film ends with news shots reporting the eviction of protestors from Rabaa while Hassan calls Ashour to tell him that he wants to come and stand with him, but never does. A black screen follows, with white print conveying that Ashour is violently removed from the sit-in while hundreds of protests are killed. There is no illustration of the Rabaa protesters harrowing plight. Finally, the film ends by saying that its two foremost protagonists Hassan and Abdalla “continue to fight for an alternative to Military or Brotherhood rule”.

Although films are not objective, the incomplete narrative made cannot be taken lightly; documentaries play a vital part in forming the collective memories of national and global histories. The underlying connotation is severely disconcerting and destructive to the Egyptian national conscience. At a time when Egyptians of all ideologies and political affiliations, particularly affiliates of the Muslim Brotherhood, are being prosecuted, detained and even killed on a daily basis across the streets of Egypt, this film dilutes the reality. 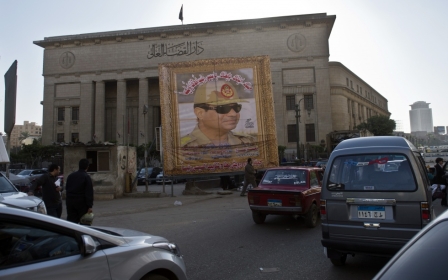 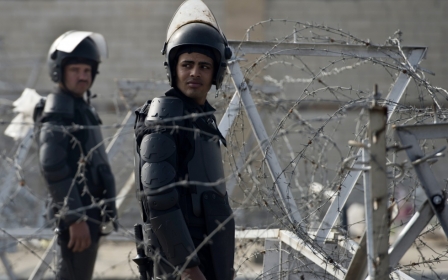