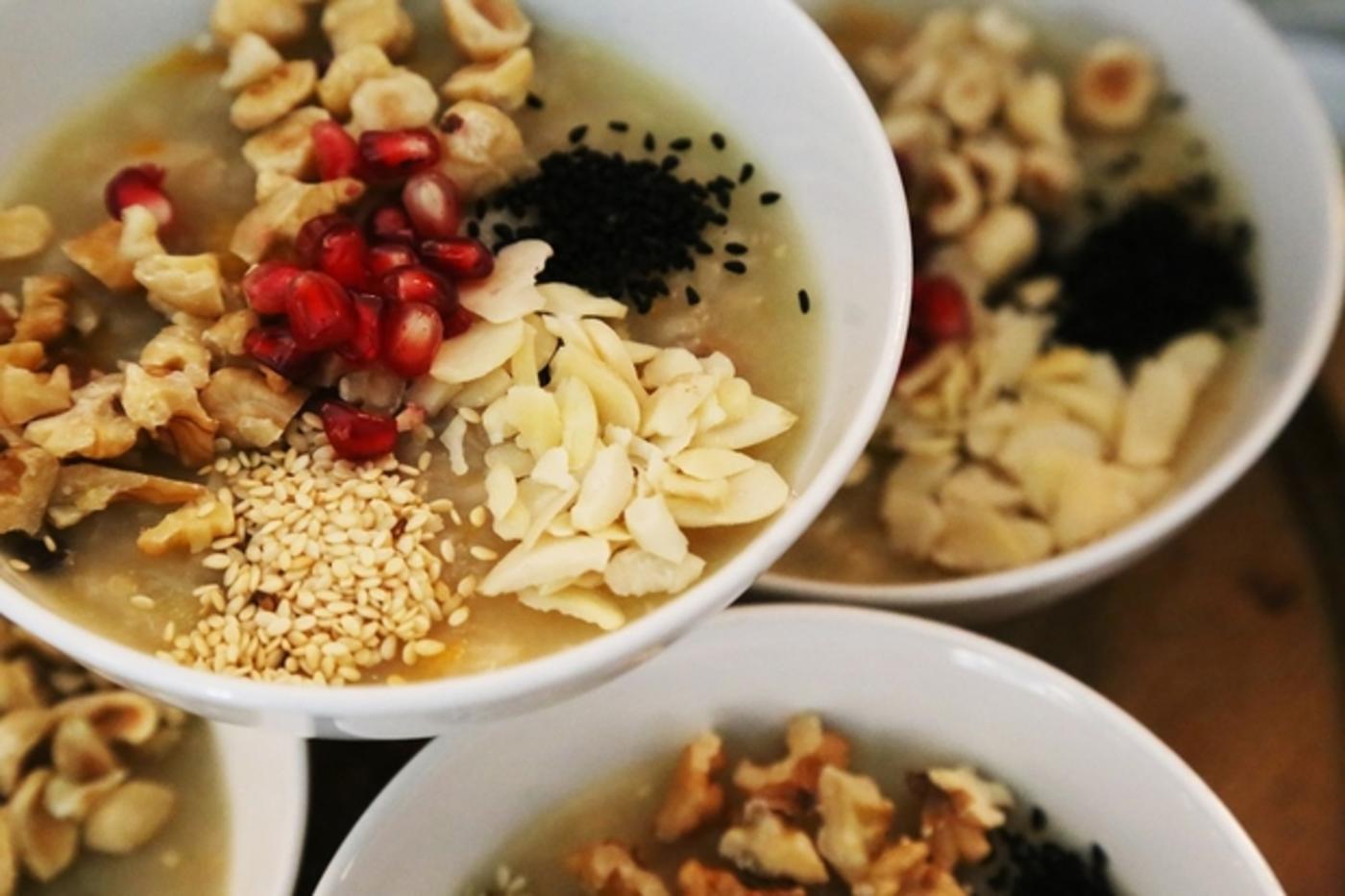 ISTANBUL, Turkey - Just before 6pm on a blustery autumn Saturday, Maksut Askar, head chef at Istanbul’s acclaimed Neolokal restaurant, is taking a break before dinner service begins. He has a busy few hours ahead of him.

He is also prepping for a trip to a global food symposium, where he will be dispelling one of the greatest myths about Turkish food – that’s it’s all about the kebab.

“Our cuisine is actually all about home cooking and pot cooking - it is not just about kebabs and doners,” Askar tells Middle East Eye in the courtyard of the SALT Galata, the historic Ottoman bank which houses Neolokal.

“I’m going to Ireland tomorrow to speak at an event called Food on the Edge, and the subject of my speech is: ‘Are we a kebab nation, or is it the tip of the iceberg?'''

The answer to the first question, quite simply, is no. Turkey is not a kebab nation, despite what decades of tourists might think. Over the years, the doner kebab, comprised of meat shaved off a giant vertical spit and jammed into a pitta, has become a stereotypical Turkish meal for those visiting the country; it’s cheap, it’s quick, and it’s available on the street into the early morning hours, to head off a hangover (and not just in Turkey).But in recent years, Turkish chefs have been bringing traditional recipes out of their homes and into their restaurants. Combining the growing trend of farm-to-table ingredients with Turkey’s incredible variety of regional flavours, Istanbul's restaurant scene is now full of options for those looking for a meal with a little more substance.

Chefs are searching out local suppliers from around the country to stock their pantries, changing their menus seasonally, if not daily.

At Neolokal, every dish is an updated classical regional recipe, and each has a story behind it.

'I would say there is no such thing as Turkish cuisine; cuisine is not about your ethnic group'

The tarhana soup, usually a simple mix of fermented grains, spices, yogurt and tomatoes, is made more complex by the addition of tirit, a beef slowly cooked in duck fat rather than itsusual stock. The gambilya, a simple yellow bean native to eastern Turkey, is turned into a sage fava cream, served with grilled octopus and pepper salsa.

"I would say there is no such thing as Turkish cuisine; cuisine is not about your ethnic group,” Askar says.

“Your cuisine is about your geography, where you’re living, and what geography gives you. So if you respect the traditions, cultures or people, you cannot put it under one umbrella. Here, there are Georgians, there [are] Greeks, there are Armenians, there are Turkish, Syrians, Kurdish people, and Circassians, and they have their own living culture, so that’s why we decided to call it Anatolian cuisine."

Before transitioning into the art of cooking, Askar studied culinary management at Istanbul's Bogazici University. After around 10 years in the management business, he moved into the kitchens of Istanbul restaurants like Lilbitz and Sekiz as a chef, then opened Neolokal in May 2014. “I’m a person who was born in this geography - the thing I know best is my own culture. So I cook my own culture. I cook my own traditions and my own childhood memories.”

The comfort of food

Across town, in the neighbourhood of Nisantasi, chef Semsa Denizsel was one of the first to bring home cooking to the masses. Her restaurant, Kantin, has been around for the past 17 years, serving up the food she learned to cook in her mother’s kitchen.

As fresh octopus is being prepared behind the counter, she takes a break for a late lunch: a one-pot concoction of aubergine, meatballs and chickpeas, slow-cooked with hints of pepper paste and fresh mint. The dish is so simple that it does not even have a formal name.

“My kind of food is my comfort food,” says Denizsel, who is from a seventh-generation Istanbuli family.

“But comfort food comes from the food you eat as a child. You can’t just say Istanbul food is this one thing; because we get so much immigration in Istanbul, the food changes as well.

"Food is about culture, and the culture is about people, and since the movement of the people changes, the culture also constantly keeps changing. So the food here is evolving all the time.”

Denizsel’s menu changes on a daily basis, depending on the season and quality of produce  – a dining experience that was foreign to locals back in 2000. She takes inspiration for her dishes from the vast array of regional influences that have passed through her home city.

She has labelled her dishes "new Istanbul cuisine", which reflects the melting-pot nature of the city.

“What you would eat [at] Kantin is not the typical Turkish food you would find,” Denizsel explains. “For example, we have an aubergine dish with tons of onions in it, called imam bayildi, or ‘imam fainting’. But the way it’s cooked in Istanbul is different than the way it is cooked in Anatolia. They fry it, we don’t, and the result is very different."

It is not clear where the distinct name of the dish came from, but some people say an imam swooned with pleasure when he first tasted the dish.

Just off Istiklal Street, Istanbul’s main shopping thoroughfare, another young chef, Civan Er, has dedicated his restaurant Yeni Lokanta to experimentation. Er formally trained in London at Leiths Cookery School and then worked at Istanbul restaurant Changa for about six years before its closure.

“We’re trying to do dishes that are new to ourselves,” he tells MEE. “That’s why the restaurant is called 'Yeni’ – literally it means new in Turkish.”The atmospheric eaterie, decorated with illustrated tiles and shelves of fresh sour dough bread, houses a brick oven, which on this particular evening is cooking up a rustic skillet full of slow-cooked spare ribs.

'Food is about culture, and culture is about people'

For Er, "new" does not have to be molecular cuisine, full of jellies and foams – just innovative ways of combining ingredients he grew up with, creating multi-dimensional flavours, beyond just sweet and savoury.

“In our manti (a traditional dumpling dish) we do it with our own twist,” he says. “Normally manti is just plain yoghurt and burnt butter. We get a salty yoghurt from Antakya in southeastern Turkey, and we make a sauce out of it with ginger, pomegranate molasses, lots of chillies, onions and it’s a different thing.

"All our dishes include some kind of twist, and people are starting to become more interested in this style of food, from our geography.” 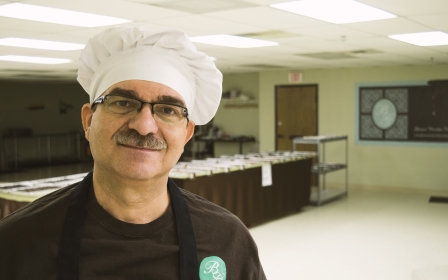 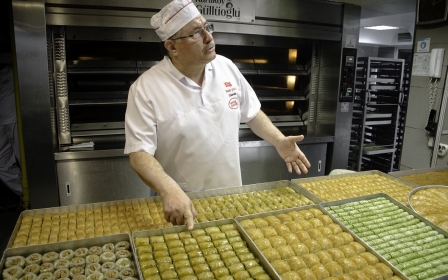 Food & Drink
In the lab of Istanbul's baklava master: 'The stomach never lies' 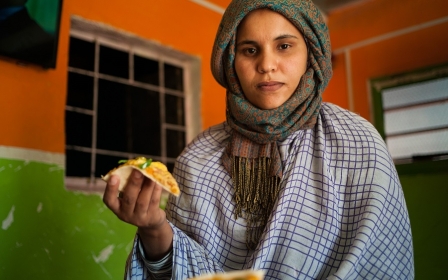