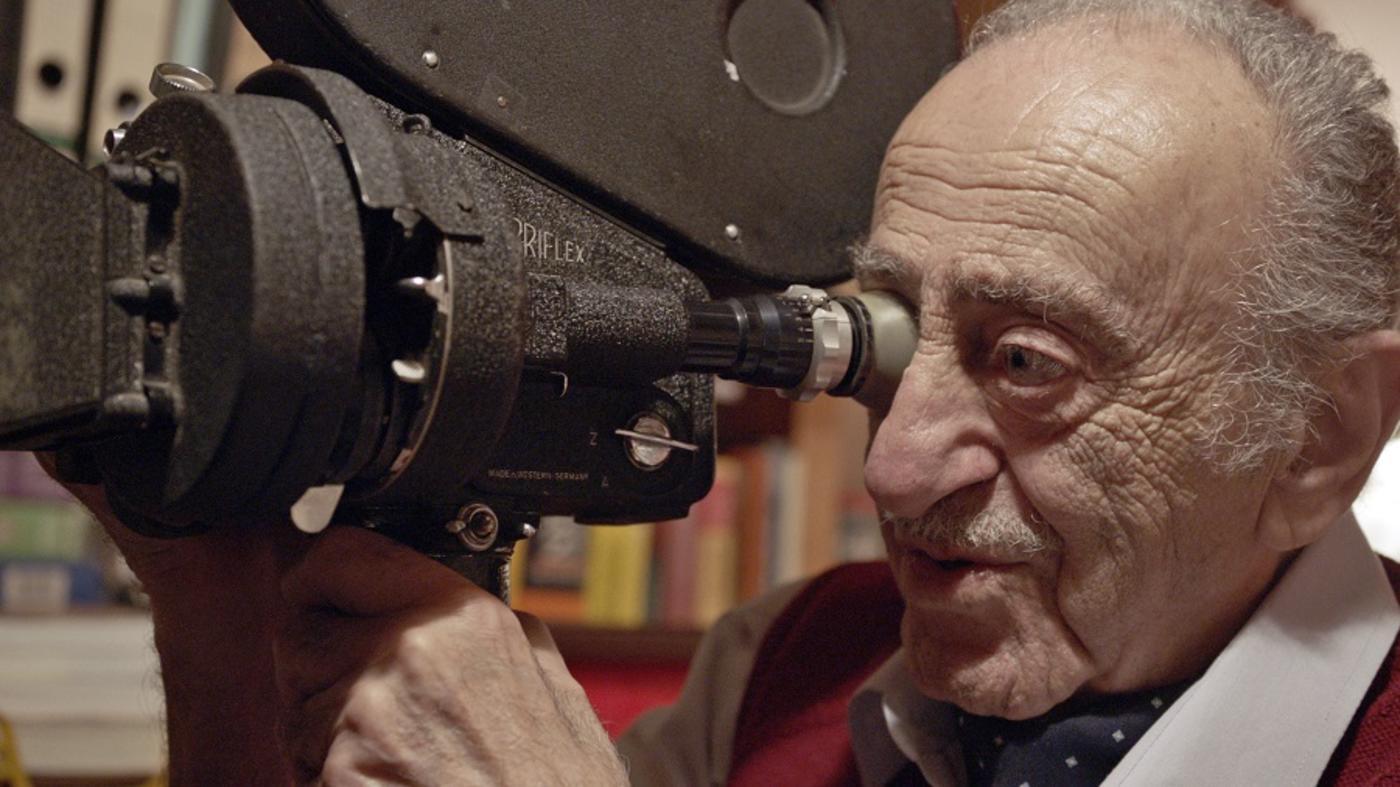 Born in Tripoli in 1927, Nasser was among the first Arab filmmakers to study cinema in the US (Photo courtesy of Abbout Productions)
By
Joseph Fahim

Even if you are a bona-fide film devotee, chances are you may have never heard of Georges Nasser. In fact, few people outside of the handful scholars inside Lebanon have heard of the pioneering Lebanese filmmaker.

For more than half a century, Nasser has been pushed into a peripheral role within the Arab film history. Internationally, his legacy has been relegated to a footnote in Dictionary of Filmmakers, a book by the influential French historian Georges Sadoul.

After years of complete obscurity, Nasser is finally getting his day in the sun thanks to the new biographical documentary Un Certain Nasser and a restoration of his first film Ila Ayn (Whither, 1957) at the Cannes film festival in 2017.

Nasser's story is no mere rise-and-fall anecdote of a talented film director emerging at the wrong place and the wrong time. The story of Nasser is the story of Lebanon: a conflicted identity, collective amnesia, and the myths of a disjointed national narrative.

Born in Tripoli in 1927, Nasser was among the first Arab filmmakers to have studied cinema in the US, obtaining a degree from UCLA before returning to Lebanon in the mid-50s to direct his first feature, Ila Ayn.

Unlike the few Lebanese directors who preceded him, whose style was largely informed by theatre traditions, Nasser’s cinema was more sophisticated. It was topical and singular. Ila Ayn would soon make history, becoming the first Lebanese picture to be selected for the Cannes Film Festival in 1957.

A melodrama that centres around the head of a family who decides to migrate to Brazil in search of a better future, Ila Ayn was the first Lebanese film to fully exploit the potential of evocative cinematography. Nasser used largely restrained performances, advanced use of transitions, clever visual symbolism and pervasive existential themes underscoring the narrative.

Additionally, Nasser's representation of women was revolutionary: both in Ila Ayn and his subsequent films, his female characters were sexually liberated and strong-willed, unashamed of their desires and as determined as their male counterparts.

Nasser's representation of women was revolutionary: his female characters were sexually liberated and strong-willed, unashamed of their desires and as determined as their male counterparts

This enormous endeavour was carried out at a time when basic cinema tools did not exist. “We didn’t have actors then; we didn’t have technicians then,” Nasser said in an interview with Lebanon’s MTV last summer.

“I did the movie by giving a group of youngsters certain tasks, and explained what these tasks were. It was a tremendous effort, but it was worth it, because the film put Lebanon on the international film map.”

However, Ila Ayn was not a box office success. Its mix of melodrama and Italian neo-realism was too radical for the cinematically unacquainted audience of the time.

His next movie, Le Petit Étranger (The Little Stranger), hit the screens in 1962, storming Cannes once again. A French-language coming of age story about a young country boy who gets corrupted by merciless city life, Nasser’s sophomore effort was a hot mess: surreal, unruly and beautifully framed.

Every chapter in Nasser’s career could be regarded as a reflection of a befuddled identity.

Themes of immigration, the sense of belonging and identity still resonate with today’s audiences. Both Ila Ayn and Le Petit Étranger have stood the test of time

By using French dialogue, Le Petit Étranger aligned Lebanese identity with France, an ideology associated with some of the older generations of Christian Lebanese.

Le Petit Étranger wound up being both a critical and commercial failure, terminating Nasser’s career in Lebanon and casting his legacy into oblivion.

In one of his many tall tales, Nasser blamed Egyptian distributors for the film's commercial failure. He claimed that they had threatened Lebanese theatre owners with withdrawing Egyptian films had they shown Nasser’s, in fear of ushering in a new Lebanese wave that would have stolen the throne of Egyptian cinema.

It would take Nasser 12 years to make another film. Produced by the National Film Organisation, Nasser’s final work, Matloob Ragol Wahed (Only One Man Wanted, 1974), is an allegorical Palestinian tale about an heir of a peaceful family who plots vengeance against the crooked ruler of his village. Although it may have been a wholeheartedly Syrian production, the mere exploration of an Arab narrative could signify Nasser’s then regard for Lebanon as part of the Arab world.

Abundant with over-the-top performances and blatant symbolism that veer towards self-parody, perhaps unintentionally, it is a sublime piece of kitsch; a B-western replete with showdowns, female nudity, and a garish use of primary colours.

A year later, the Lebanese Civil War would erupt and Nasser would shift his efforts to creating a Lebanese film syndicate - which never materialised - before taking a teaching job at the Lebanese Academy of Fine Arts.

Nasser is quite a character. He’s a director who directs himself – the way he walks, dresses, smokes. He’s very visual

Unlike the numerous Lebanese filmmakers who found international acclaim with their civil war stories, Nasser mysteriously never approached the subject, losing in the process any influence he might have had on subsequent generations.

Since then, Nasser remained a largely anonymous figure among the film community and general audiences alike. That is until two of his former students, Badih Massaad of MC Distribution and Antoine Waked of leading art-house production company Abbout, decided to bring his work and story to the young generations across the region last year.

A tribute to a teacher

“Nasser is quite a character. Once you meet him, you can never forget him,” Waked told Middle East Eye. “When I bumped into him one day and told him about where I work, he asked me if I could set up a meeting with us. Upon meeting him, [Abbout CEO] Georges Schoucair, who wasn’t familiar with his work, immediately suggested making a movie about him. Most people in Lebanese cinema know who Georges Nasser is, but only half of them have actually seen his movies or know what he’s about.”

Un Certain Nasser was not meant to be an inquisition of Lebanese identity, nor did it venture to distill the truth from the Nasser legend. Simply put, Waked and Massaad sought to create an amiable tribute to their old teacher.

“We wanted to take what we like about Nasser, his fascinating character, and acquaint people who never met him with who he is. We did an extensive interview with him, and gradually he started opening up to us,” Waked said. “Nasser is quite a character. He’s a director who directs himself – the way he walks, dresses, smokes. He’s very visual.”

“The myths he has propagated are an integral part of his persona,” Massaad said. “Throughout the film though, the truth behind the man, behind these myths, starts to surface.”

The story of Georges Nasser also doubles as a miniature of the entire Lebanese film industry.

“Nasser is a representative of any artist working in Lebanon,” Waked said. “You’d have a dream, and you work hard to realise it, but you constantly face obstacles that ultimately get the best of you."

Nasser took what he learned from Hollywood and put it in a uniquely Lebanese context, but his films were rejected. Then he fought to create a union; to acquire state support for funding and exporting Lebanese films internationally, but he failed.

"Nasser’s story, of unfulfilled dreams, is perhaps the story of the whole Lebanese cinema: you’d have great talents born; then they die; then they get resurrected like a phoenix; then they die again. It’s a never-ending circle. Lebanese cinema is wholly defined by a series of thwarted attempts," Waked said.

For the 91-year-old, returning to Cannes with the world premiere of the restored version of Ila Ayn last year closes the circle that started more than half a century ago.

Nasser’s story, of unfulfilled dreams, is perhaps the story of the whole Lebanese cinema: you’d have great talents born; then they die; then they get resurrected like a phoenix

“It felt as if the audience were discovering a new filmmaker,” Massaad said. “Themes of immigration, the sense of belonging and identity, still resonate with today’s audiences. Both Ila Ayn and Le Petit Étranger have stood the test of time.”

Lebanon has always had a short-term memory - perhaps a survival mechanism that seeps into every other facet of contemporary life.

"Cinema is the mirror of its country of origin," Nasser said in the documentary.

Most film students have never seen Nasser’s films, let alone those of more prominent and popular directors such as Maroun Baghdadi, Borhane Alaouie or Randa Chahal Sabag. Raw self-reflections may have been too demanding for a country still struggling with myriad inner conflicts.

For the past few months, Nasser has become, once again, a household name. The myths that shrouded his filmmaking, the glaring gaps in his filmography, and the incompleteness of his tale make him a thoroughly Lebanese story. 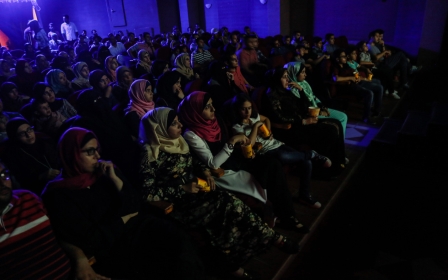 Culture
The big screen saver: How cinema is providing hope for Gazans 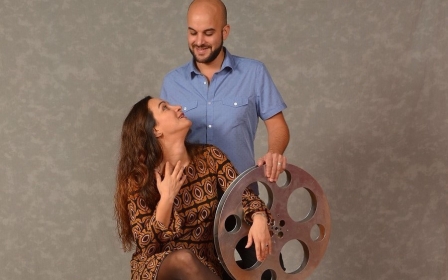 Algeria
Algerian new wave: 'When words are lacking - that’s where cinema comes in'