Alaa al-Dali’s leg was amputated after being shot at the Great Return March protests, crushing his dream of participating in the 2018 games 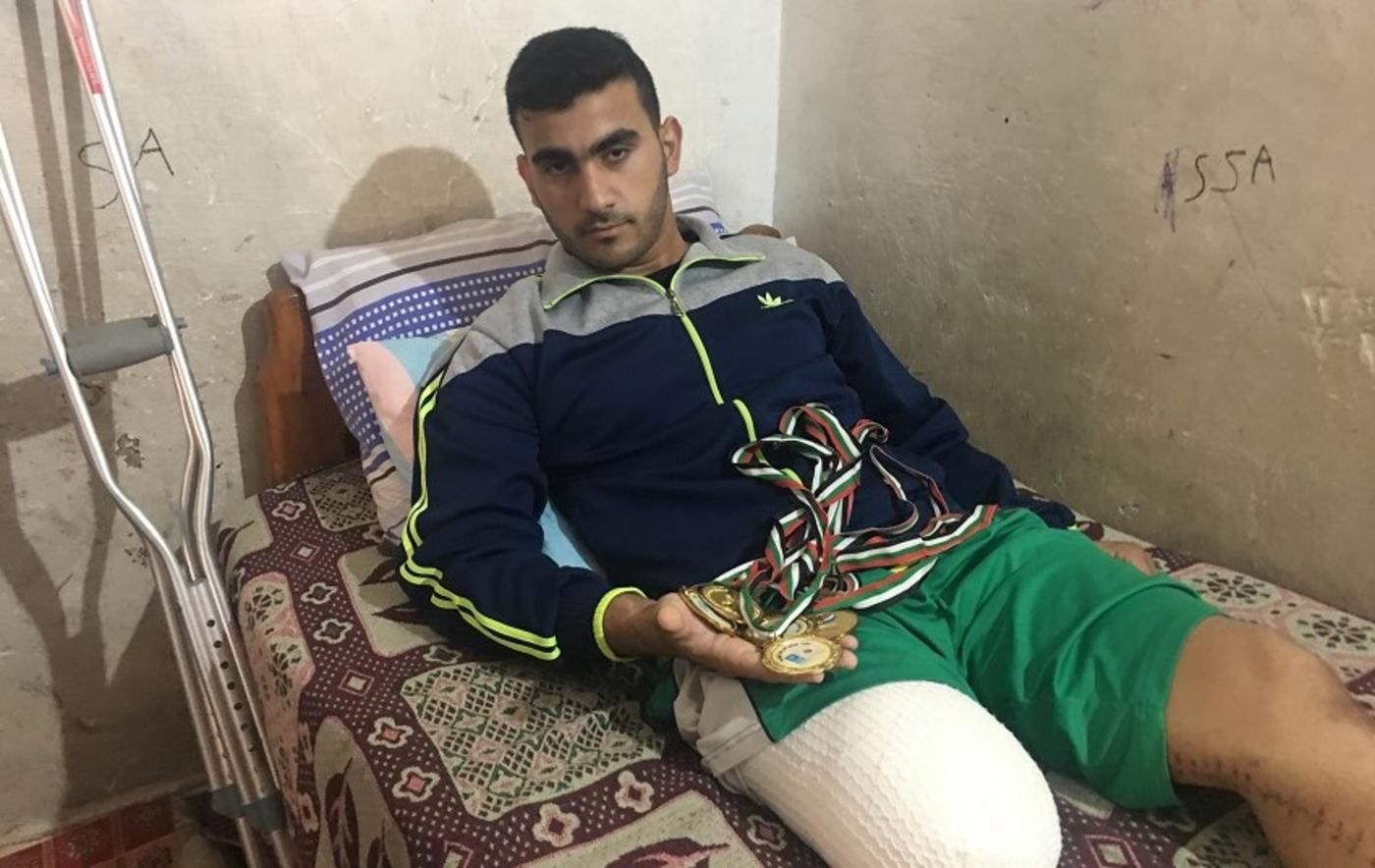 GAZA STRIP – The moment Alaa al-Dali was shot in his right leg by an Israeli sniper, a long sought-after dream came crashing to the ground with him. The 21-year-old cyclist had been training for months to compete in the 2018 Asian Games being held in Indonesia this summer.

“My dream flashed before my eyes as if it had already become a thing of the past,” al-Dali recalled.

I knew the moment I was shot and fell to the ground, I knew that I would never be able to ride a bicycle again in my life

He was participating in the protests kicking off the 46-day Great Return March campaign on Land Day, 30 March, calling for Palestinian refugees' right to return to their former homes now inside Israel, when he was shot near the eastern Gaza border fence.

“I knew the moment I was shot and fell to the ground, I knew that I would never be able to ride a bicycle again in my life,” al-Dali told Middle East Eye. “I have been training for months, for at least six hours a day […] to represent my team and raise my country’s flag at the Asian Games.”

After undergoing nine operations, al-Dali’s family was told by doctors that his leg would have to be amputated due to damage to his bones and tissue caused by an alleged "exploding" bullet, which is prohibited by international humanitarian law. It is designed to fragment and explode upon impact, smashing bones and tearing blood vessels.

'I did not even have rocks'

With several awards under his belt, al-Dali, a cyclist from Rafah city in the southern Gaza Strip and member of the Palestinian Motorsport, Motorcycle and Bicycle Federation, had his eye on the prize at the 2018 Asian Games, which will kick off in Jakarta in August.

Last year alone, al-Dali won three local awards, including the bronze medal in Tokyo League 2, a race organised by the Palestinian Olympic Committee in partnership with the United Nations Development Programme (UNDP) and the government of Japan.

Alaa is one of the best cyclists in Palestine. He won several awards and we were depending on him to represent Palestine in the Asian Games

On 30 March, al-Dali, along with thousands of others, headed to the eastern Gaza border fence to take part in the protests demanding their right of return, 70 years after the Palestinian Nakba (the catastrophe), when more than 750,000 Palestinians were forcibly displaced from their towns and villages in the Palestinian territories in the wake of Israel's establishment in May 1948.

“I rode my bike to the eastern border fence along with three of my friends that day,” he recalled. “I was unarmed. I did not even have rocks. I just stood about 200 metres away from the border fence and got shot with a live bullet right under my knee."

According to the Palestinian Ministry of Health, at least 40 Palestinians have been killed and more than 5,000 others have been injured, while dozens have been left with long-term disabilities since the start of the protests. In the meantime, the UN's human rights chief slammed the Israeli army for the "deplorable" killing of 42 Palestinians in four weeks.

The Israeli army says its forces only open fire on "instigators" or to stop protestors approaching the fence separating the territory from Israel.

However, rights groups have said that Israel is carrying out a policy of deliberately targeting protesters with live fire and using "excessive and lethal force". The Israeli rights groups B'Tselem even launched a campaign earlier this month calling on Israeli soldiers to refuse orders to "open fire on unarmed protestors" in Gaza.

Al-Dali’s 56-year-old mother, Intisar, said that she had had a bad feeling about the protests and warned al-Dali before he left for the march.

“The Israeli forces do not care if the protesters are peaceful or not. I myself took part in many protests during the first Intifada (uprising) in 1987, and the Israeli soldiers used to shower us with live bullets even when we did nothing but chant,” she said.

I was unarmed. I did not even have rocks. I just stood about 200 metres away from the border fence and got shot with a live bullet right under my knee

Al-Dali remembers arriving at the European Gaza Hospital and waiting five hours before being treated because of the scores of other wounded protesters. He fell unconscious after losing a lot of blood and was kept in the intensive care unit for two days before undergoing surgery.

According to Intisar, when the family demanded his transfer to a West Bank hospital to have access to better medical treatment and avoid amputation, the Israeli authorities denied him permission to leave.

“The Palestinian Ministry of Health liaison office told us that the Israeli authorities informed them that they would not accept any referral applications for Palestinians wounded during the protests,” she said.

Al-Dali believes that the Israeli authorities purposely denied him, and dozens of others, permission to leave as a form of punishment. “By denying me access to medical treatment, the occupation destroyed everything I have been building for years,” he lamented.

The only thing helping me achieve my dream…was amputated

Reuters reported that the Israeli military said that apart from “exceptional humanitarian cases,” medical treatment would not be provided to Palestinians who took part in the protests.

“It was decided that any request for medical treatment by a terrorist or a rioter who took part in violent events would be denied,” an army statement said. “Foreign residents have no vested right to enter Israeli territory, including Palestinians living in the Gaza Strip.”

Israeli army forces have been stationed along the fence separating Gaza from Israel for the past three weeks, using tear gas, snipers firing live ammunition, tank shelling, and air strikes.

Palestinian demonstrators have burned tyres along the border to reduce visibility and have thrown stones and incendiary devices in the direction of Israeli troops.

Al-Dali’s 25-year-old brother Mohammed says there was a good chance doctors could have saved his brother’s leg if the necessary medical equipment and staff had been available.

Gaza has been suffering a humanitarian crisis as a result of the Israeli-imposed blockade on the Strip since 2007.

Nearly 43 percent of essential medicines in Gaza are at zero stock and “essential life-saving medical equipment has stopped functioning due to the constant fluctuation in the current of electricity,” according to a 2017 report by the World Health Organisation (WHO). As a result, Gaza hospitals have been struggling to cope with the mass influx of injuries over the past three weeks.

“To save my brother’s leg, doctors would have spent no less than ten hours performing a very complicated surgery to remove the [bullet’s] fragments. But there were dozens of other young men in need of urgent operations. Spending ten hours to save one person means leaving others to die,” he said.

Ashraf al-Qedra, the spokesman for the Ministry of Health in Gaza, says Israel’s use of exploding bullets reflects its intention to inflict the largest number of casualties among civilians.

The bullet – prohibited by international humanitarian law – explodes upon impact to cause the most damage possible. This makes it difficult to extract, forcing doctors to resort to amputation. According to Medical Aid for Palestine, surgeons in Gaza have been forced to perform 17 amputations (13 legs and four arms) since 30 March.

“You can imagine how hard it is for someone to be told that their leg was amputated. The only thing helping me achieve my dream…was amputated,” al-Dali said. “The moment they told me that I lost my leg felt like a nightmare. I did not believe this would be a reality that I have to accept and deal with for the rest of my life.”

In a statement in response to Middle East Eye, the Israeli army said that it “employs only standard weapons and ammunition that are lawful under international law”.

Amnesty International has called for a global arms embargo against Israel, accusing its forces of committing war crimes in the Gaza Strip.

Although there was no mention of exploding bullets, the rights group said that the nature of Palestinian protestors' injuries "shows that Israeli soldiers are using high-velocity military weapons designed to cause maximum harm to Palestinian protesters that do not pose imminent threat to them".

"These apparently deliberate attempts to kill and maim are deeply disturbing, not to mention completely illegal. Some of these cases appear to amount to wilful killing, a grave breach of the Geneva Conventions and a war crime," continued Magdalena Mughrabi, Amnesty deputy director for the Middle East and North Africa.

Hassan Abu Harb, al-Dali's trainer, had high hopes that al-Dali would win several international awards. “Alaa is one of the best cyclists in Palestine. He won several awards and we were depending on him to represent Palestine in the Asian Games,” Abu Harb said, adding that al-Dali was selected along with two other cyclists to participate in the competition and preparations for his travel had already been underway.

According to Abu Harb, since the beginning of the protests about five other Palestinian athletes in Gaza have lost their legs due to injuries sustained by explosive ammunition, including Muhammed Khalil, a 23-year-old football player, whose leg was also amputated.

Abdul Salam Haniyya, a member of the Supreme Council for Youth and Sports in Palestine, says Israel’s targeting of Palestinian athletes is nothing new.

“The Israeli forces have been systematically targeting Palestinian athletes for years. By using live ammunition and explosive bullets, they are clearly intentionally causing them disabilities,” he said.

By using live ammunition and explosive bullets, [the Israelis] are clearly intentionally causing them disabilities

According to the Palestinian Ministry of Youth and Sports, 32 athletes were killed and 27 others were injured in the 2014 war launched on the Gaza Strip, including Ahed Zaqout, a Palestinian football player, who was killed after Israeli forces shelled his apartment.

Still, al-Dali says he does not regret taking part in the protests, even if it cost him his leg.

According to al-Dali, his current goal is to travel abroad to replace his leg with an artificial limb and participate in the next Asian Para Games, which is for athletes with disabilities. “Whether I get an artificial limb or not, I will continue my training and work on strengthening my left leg to be able to ride my bike again,” he said.

“I will take [my disability] as a new challenge and depend on my other leg to achieve my dream,” he said. 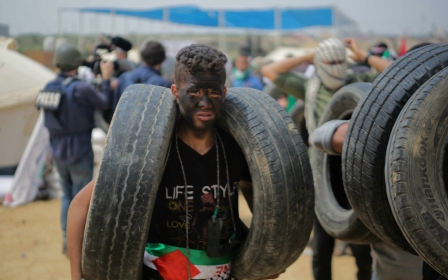 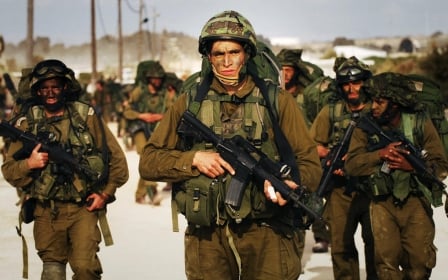 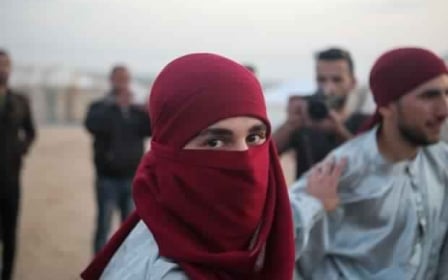