Palestinian village, Wadi Fukin protests the upcoming theft of some 1,000 of hectares of land, much of which has belonged to residents for generations 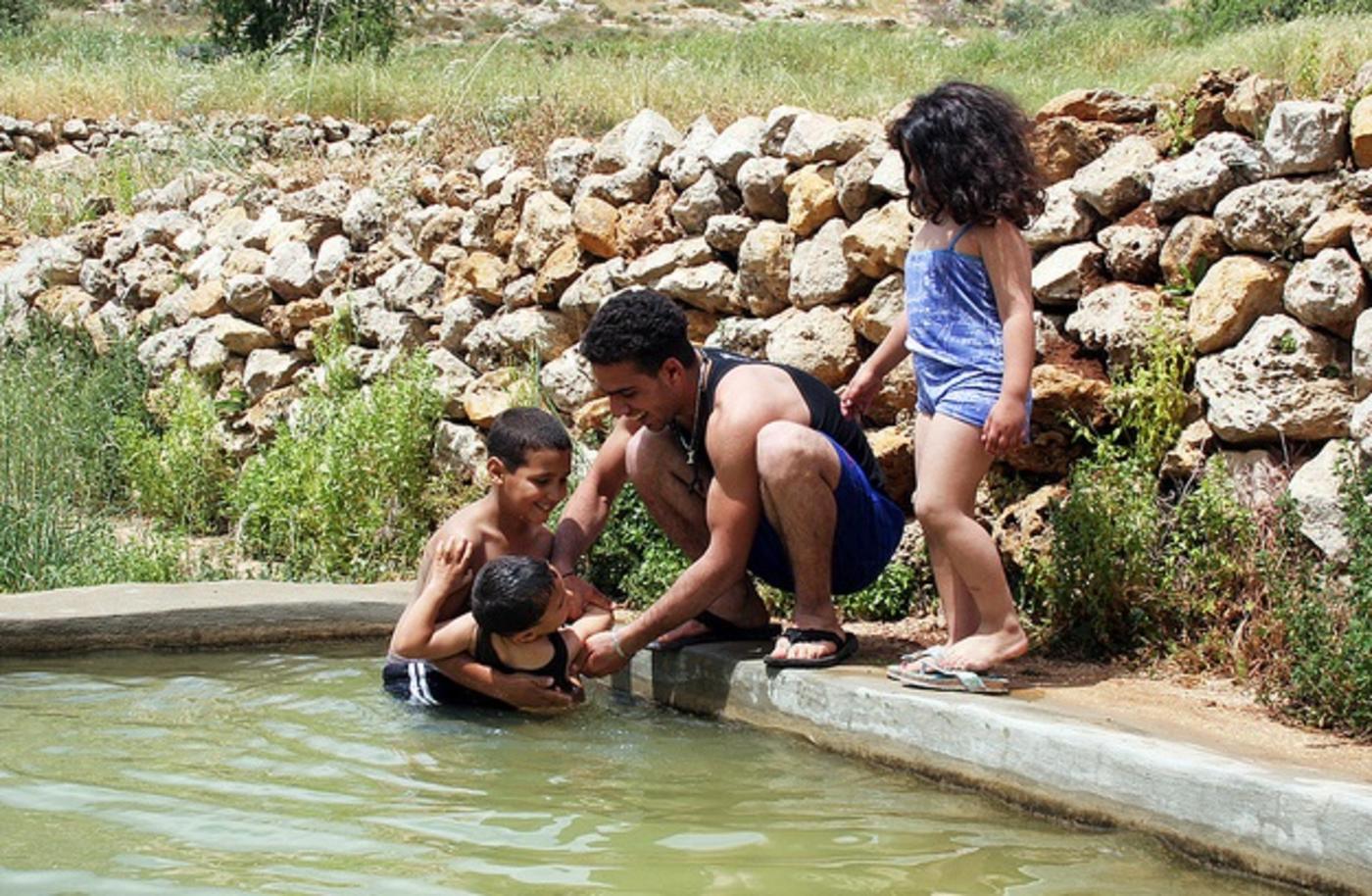 It’s Friday afternoon, and Wadi Fukin lies still and quiet in the dry heat of early autumn. Some twenty minutes’ drive from Bethlehem, it’s home to about 2,000 people, many of whom earn their living from cultivating the neat, leafy plots that line the valley. Roads are set irregularly into the steep slopes of the town, and families eat together on verandas lined with plants and flowers.

For the past three weeks, however, things have felt a little different in Wadi Fukin. The village is one of a handful of Palestinian communities that are set to be hit hard by Israel's latest West Bank land seizure - an unprecedented confiscation of some 4,000 dunums (400 hectares) of land between the Green Line and Gush Etzion. The move could transform the reality of the West Bank, breaking soil for a new settlement that will claim large areas of the future Palestinian state as Israeli territory.

For the residents of Wadi Fukin, it’s disastrous.

“I own land in Wadi Fukin,” Ibrahim Aghoub, a schoolteacher from the village told Middle East Eye. Like most in the village, his family’s income depends on crops they’ve been growing on their land for decades. On 31 August, Aghoub, along with many others in the village, received warnings from the Israeli authorities that the land would be confiscated. Bright yellow signs, in Hebrew and Arabic and issued from the civil administration of Judea and Samaria, warned residents that land was now government property and that trespassing was forbidden.

“This is land that belonged to my grandfather,” Aghoub said. “We’ve got 1500 dunums (150 hectares) in total, but 600 dunums (60 hectares) of that was taken. The village is getting smaller and smaller. The Israelis now are trying to take all the land they can take to be part of the settlements and to include them in their land.”

Aghoub’s land makes up a sizable chunk of the 1,500 dunums (150 hectares) that was seized by Israeli authorities on the last day in August. It’s over half of the village’s land, and locals have been left reeling by the news. For many years now, Palestinian residents have been prevented, in varying degrees, from developing the area that surrounds their village. It’s classified predominantly as Area C, the Israeli-controlled zone which takes up some 60 percent of the West Bank, and which Palestinians can’t legally develop without a permit that is nearly impossible to obtain. Farming is stunted, depriving locals of their income, and restrictions on building mean the capacity for Wadi Fukin to expand with natural population growth is being reduced to nothing.

“We’ve become like a refugee camp,”said Ahmad Sokar, the head of the village’s council. “We need space to build new houses. And because there’s so little, the land in the village now has a high price, so we can barely afford to buy in our own community.”

“The Israelis also stop us from implementing projects in Area C, and that means we cannot implement some projects like a sewage network, so there’s no sewage network in the village right now,” Ahmad continued. “When we do anything they give us an order to stop working. We wanted to build a small park, a playground for the children, for the youth, and they gave us an order to stop working. This was one and a half years ago. We were also going to build a tent near this area but they stopped us too. They prevent us from building rehabilitation, agriculture, roads, and from planting some areas.”

The prevention of building, residents say, has a clear purpose. Under an interpretation of Ottoman law, areas that haven’t been cultivated for ten years they can be claimed as state land by Israel, so if Palestinians are prevented from developing fields and plots, they become -  technically speaking, at least - legally up for grabs. Advocates for the confiscation argue that the land wasn’t privately owned or developed, and say its probable use - the expansion of the Gush Etzion settlement bloc - is necessary and desirable.

Wadi Fukin residents obviously disagree - and once in the village, it’s impossible not to understand why. Over the last few decades, they’ve witnessed the enormous growth of Beitar Illit, and now they live in the shadow of the city of almost 50,000 people. The parks, schools and houses that cast a formidable shadow over the valley are gleaming white. Every year, the settlement, which is built illegally on occupied and confiscated land, boasts an annual top score in the “Beautiful Town in a Beautiful Israel” contest. It’s also entirely Haredi - or Orthodox Jewish - and the fastest growing of Israel’s settlements, with some projections pegging the 2020 population at 200,000 people.

Beitar Illit does not keep to itself. The day before MEE visited Wadi Fukin, residents say, a group of men and women from the settlement arrived at the village’s and used the neighbourhood's irrigation water for bathing and swimming. In such circumstances, Sokar explained, residents are powerless to do anything but stand and watch. “They have guns with them, and the farmers were afraid because doing something, even talking with them, is very dangerous,” he said.

At 70 years old, Ahmad has lived in Wadi Fukin for decades of war and displacement. In 1948, he said, the village’s lands spread over 12,000 dunums (1,200 hectares), but more than 9,000 (900 hectares) of it was confiscated in the “Nakba”, when the state of Israel was created with the expulsion of hundreds of thousands of Palestinians. In the following decade the village’s population was expelled, fleeing to the nearby Dheisheh refugee camp, but returned in 1972. Beitar Illit was created in 1984, and as the settlement grew to dwarf the Wadi Fukin, the village’s hope for its own future dwindled.

Still, the people of Wadi Fukin are fighting back. Since the announcement of the confiscation, protests have taken place every Friday; peaceful marches involving the whole village approach the settlement, followed by young men who throw stones at the army jeeps. Both are met with tear gas and sound bombs. And the Israeli decision is being challenged in the courts, too: those who have had land confiscated were given 45 days to appeal the decision, and are now preparing their documents to make their case.

As the quiet of the afternoon was punctuated by sound bombs and the hiss of tear gas last Friday, families in Wadi Fukin watched from the hillside as the confrontation unfolded. Unlike some other communities in the West Bank, the youth of the village are new to these kinds of protests, and the sense that they’re learning with each weekly action is palpable. One boy, returning from the hill where he’d been running from shots, was met with a furious mother: “It’s far too dangerous for him,” she said, “he’s only ten years old, he should be staying inside.” Her son only grinned, excited by his new challenge.

Everyone here, however, agrees that this is a crucial fight against confiscation and occupation. And from her home overlooking the valley, Hayam Salah Anasrah expressed her admiration for the growing movement. “Our boys are clever,” she told MEE. “We need them to protest.” Wadi Fukin’s future may be increasingly precarious, but the community seems unlikely to give up soon.