Last stand of a hybrid language from Oman's seafaring past

The Kumzari language of Oman's Musandam peninsula has stood proud for decades, but this unique linguistic heritage is now endangered 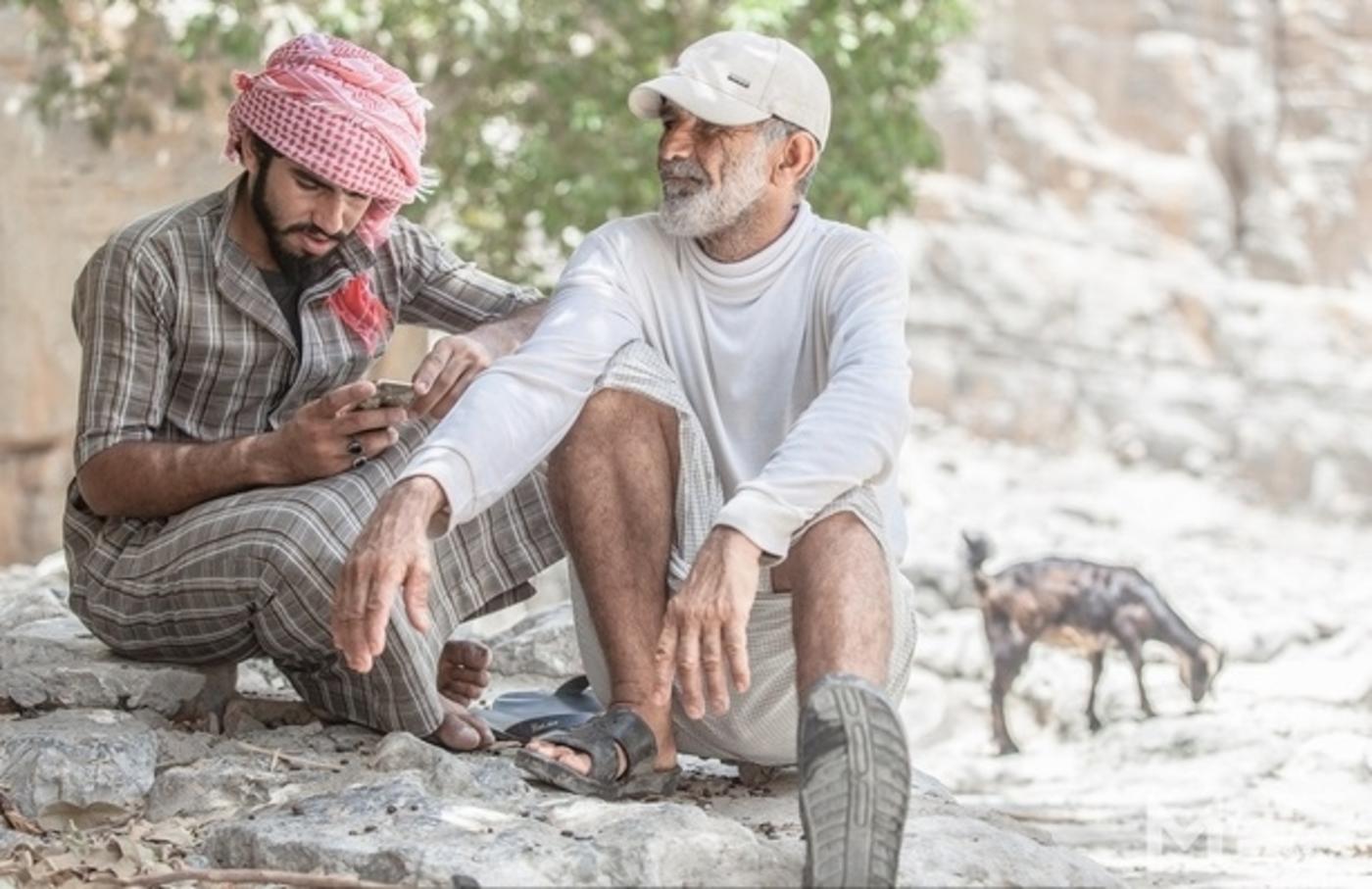 KUMZAR, Oman – It is a little past 8pm. A significant drop in temperature has made the heat a little more bearable. Hassan Hassan, dressed in an elegant dishdasha (robe), walks across the sun-baked pebbles of Kumzar, his leather sandals squeaking. With a traditional meedwa pipe between his teeth, the 22-year-old fisherman scans the horizon, the mountains and the sea.

On the very tip of the Musandam Peninsula, which jutts onto the Strait of Hormuz, Kumzar, with its 4,500 souls, could be likened to a tiny Gallic village resisting occupation. A crossing point for thousands of seafarers in the days of the spice trade and the slave trade (up until the mid-20th century) and under the former Sultanate of Muscat and Oman (1859-1970), the village forged a strong identity and, above all, a language unique in the world: Kumzari - the result of a blend of more than 45 languages, including English, Urdu, Arabic, Farsi and even Portuguese.

But with the rise to power of Sultan Qaboos in 1970, the future of the Kumzaris’ culture was at risk. For the past half century, Oman has been developing at breakneck speed. The UN has ranked the social and economic growth of the sultanate, since 1970, among the top 10 nations worldwide. Since then, education - and language in particular - has played an increasingly important role in the policies of Oman.

From the outset of his reign, Sultan Qaboos instigated major reforms promoting national unity, with a particular emphasis on language. Consequently, Arabic, spoken by the entire population, became the country’s official language. In 1984, with the construction of the first Arabic-only school, the language made its official debut on the Musandam peninsula where up until then it had been a minority language.

Hassan recalls how hard it was for his generation to switch from their mother tongue to Arabic. “Kumzari was no longer allowed at school. It was hard for us because before then, we hardly ever used Arabic in the village. It was only used at the mosque, in fact. Otherwise, it was mostly spoken outside of the village. Nowadays, everyone speaks it,” he told Middle East Eye.

The arrival of TV and internet only made matters worse, which adds to the young fisherman’s pessimism. “One day, only the village elders will use Kumzari. Young people will only speak Arabic. Though today people my age still use mainly Kumzari among themselves, school in Arabic really changed a lot of things.”

Yet the young man has no regrets. “It may be the only language like it in the world, but I still prefer Arabic. It’s easier to speak Arabic, or even English. Arabic is international. It’s what I use on Facebook and WhatsApp, and when I speak to my girlfriend, who I met in Muscat. One day I’ll teach my children Arabic. It’s a lot more useful.”

Hassan, a pragmatist, sweeps aside the cultural value of Kumzari to take a more practical view of things. “Nobody speaks Kumzari. Where else in the world is it spoken? Do you think someone in New York would answer me if I started to speak in Kumzari. It isn’t even on Google Translate.”

'They are surrounded by Arabic'

In the early morning, Abdullah Hamed sets off to tend to his herd of goats. The 58-year-old man, with a deeply creased face and a cap fitted snugly to his head, sits down with difficulty. In the shade, his goats calmly watch every move and gesture he makes. Next to him, Ali Hassan, a 20-year-old fisherman wearing a backwards hat and a pair of nylon shorts, exchanges WhatsApp messages with friends in the city.

Hamed is one of the village elders. The man claims to “know everything” about Kumzar and the people who live there. He is aware how much life has changed. “I was born up in those mountains. Back then, there was a single fresh water spring for the entire village. There was no hospital, no school, no electricity. Basically, it was a stopover for merchant sailors.”

Fleets coming from the Ottoman Empire, India, Persia, Portugal, Holland, and a number of other European countries, used to stop here for fresh water before continuing on their way. “The village is special, just like our language, Kumzari. It is unique. In the few neighbouring villages facing the strait people speak only Arabic.”

So is the emergence of the Kumzari language directly tied to the fresh water spring, as some locals suggest? No one knows for sure. Just as no one knows the exact date the village was founded, not even Hamed. “A long time ago, during World War II, the village’s founding dates were carved into some nearby rocks, but somebody removed them. So one day we asked the oldest village elder, who was one hundred and twenty-five. He didn’t know either, only that the village already existed when he was born.”

It is in this vague historical context, by and large brought about by the absence of written sources, that the practice of Kumzari continues to decline, although the language is an integral part of its cultural identity. Kumzari today is on the “seriously endangered” list in the UNESCO Atlas of the World’s Languages in Danger.

Erik Anonby, an associate professor in French and linguistics at Carleton University in Canada, lived in Kumzar for several years and compiled an unprecedented dictionary of the Kumzari language. “Right now, it looks as if it’s heading toward disappearance,” he told MEE. “The Kumzaris realise how important it is to preserve it. They are proud of their language. But a number of social realities come into play. They are a minority, entirely surrounded by Arabic speakers, so if they don’t persist in practising their language, it is going to disappear,” the professor warned.

“In the past, Kumzari was spoken 100 percent of the time. Arabic was only used outside of the village or with strangers. Today, however, Arabic is spoken in both the village and at school. It is mandatory for school children to speak it. And when they go home, they turn on the TV, which is also in Arabic. All the media are in Arabic. The only exceptions are text and WhatsApp messages. Kumzari is used for text messaging, but written in Arabic.”

Ali Hassan's cell phone vibrates. The young man uses Kumzari to exchange messages with friends, but using the Arabic alphabet. Like Hassan Hassan, the 20-year-old belongs to the new generation not overly enthusiastic about sustaining Kumzari for generations to come.

Family, the last hope for sustaining the Kumzari language

A few hours later, at the entrance of Khasab, 30-year-old Abdul Qader sits at a local restaurant sipping lemon juice with mint. The former English teacher knows the history and evolution of his language better than anyone, though he too is unable to date it. “Sailors of different nationalities created the language to be able to communicate among themselves in a language that was exclusively theirs, to maintain a degree of confidentiality in their dealings.”

Though he refuses to accept the ultimate disappearance of Kumzari one day, he admits that a process is inexorably underway. “It all depends on the families. Some teach their children Arabic, others Kumzari and Arabic, and others still only Kumzari. Some families think there is no point in teaching Kumzari at all, that the children will learn it on their own, since everybody speaks it in the family and in the village. To them, it’s a natural process.”

The former professor says this may not be enough, however. “Arabic is taking on an increasingly important role in local culture. The Kumzari language, specific to this village alone, lacks legitimacy in the eyes of the Omani authorities with their policies of nationalisation.”

While the Omani government is particularly interested in forging a national identity out of a constellation of tribes, the Qaboos Sultanate had concerns, at one time, that outside pressure could influence the village of Kumzar. MEE spoke to Marc Valeri, a senior lecturer in political economy of the Middle East at Exeter University.

“In 1970, the tribal leaders in the region were consulted to officially delineate the border between the United Arab Emirates and Oman. The sheikhs in the largest confederation in Musandam [the Shihuh] were in favour of an attachment to Muscat, and therefore to Oman. The people of Kumzar, most of who belong to the Shihuh confederation, but to a relatively weak political branch, had no say in the matter and were forced to go along with the decisions made in Bukha and Khasab [two large towns on the Musandam peninsula] by the most influential of the Shihuh sheikhs.

"This led to tensions in Kumzar, but also in Dibba, where the majority of townspeople were in favour of joining the Emirates. Dissent was quickly repressed by the Sultan’s forces.”

Closer to the Emiratis, the Kumzaris had little desire to be subjected to the authority of Muscat. But their dreams of a Musandam distanced from the Oman Sultanate were ill-timed.

“The Dhofar Rebellion [1964-1976] was in full swing and was starting to spread, from the south of the Oman Sultanate, on the Yemeni border, to the north of the country,” explains Valeri. The communist rebellion born in one of the poorest regions of Oman and supported by the communist government of South Yemen was being fought by the Omani government, which tended at the time to consider any form of political agitation or insubordination as a communist threat.

“Thus some groups in Musandam opposed to the region’s attachment to Muscat were accused of having ties to the Dhofar Rebellion and to the Popular Front for the Liberation of Oman and the Arabian Gulf, which was very active in the region up through the late 1970s. So it was in this context that arrests took place in Musandam, in the name of the “fight against communist terrorism”.

Nearly 50 years later, the sore spot remains. Hassan Bourassaf, a 27-year-old Kumzari engineer, remembers the disparaging looks of the people from the city, their remarks about the way the Kumzaris dressed, supposedly like Emiratis, and the racial profiling at job interviews. Though he acknowledges that tensions have since calmed down a little, inequalities still persist.

A researcher, who insisted on remaining anonymous, confirmed that the Omani authorities are suspicious of the Kumzaris even today. “Their language is close to Farsi. Geographically, they are closer to Iran. This is why the government, after the Iranian Revolution, kept such close tabs on the village. They were afraid that Iran might win them over.”

Suspicious authorities, mandatory schooling in Arabic, and the arrival of internet and television means that the future of Kumzari identity is under greater threat than ever. But for Qader, its extinction would only mean the end of an era and not a disappearance. For the professor is sure his native language is alive, and will continue to live “in the soul” of his people. 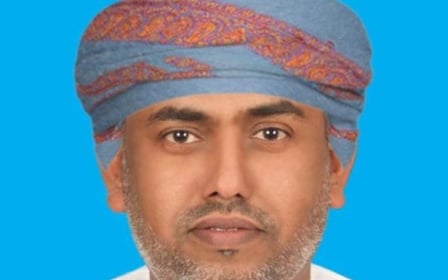