Algeria has recently begun to publish their own version of Manga, amid a growing demand for the Japanese style comics 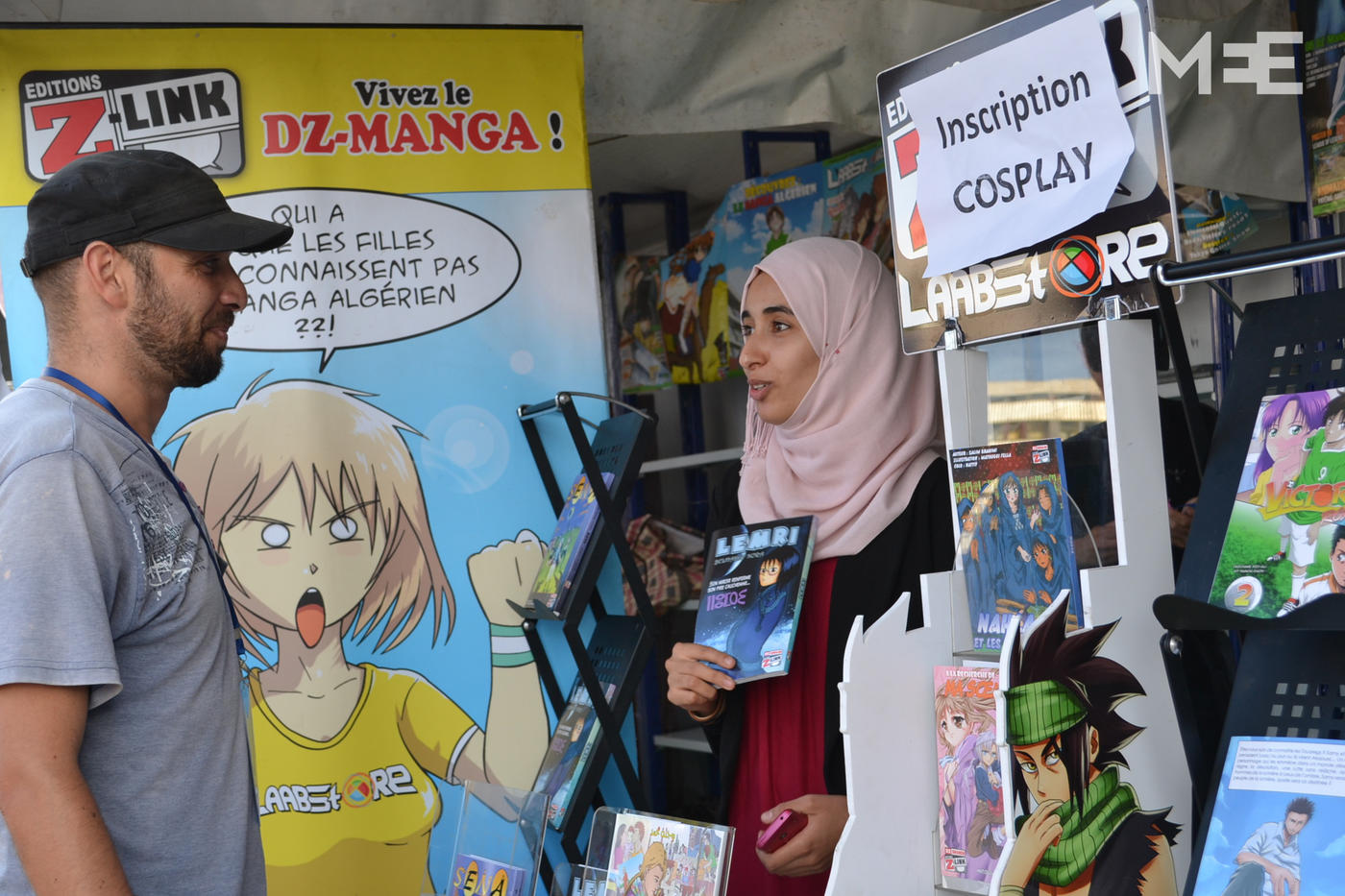 Standing in a corner of a bustling pavilion, where large posters of Manga heroes are plastered on the rear wall, Nora Belhadef is beaming. The 24-year-old artist, dressed in blue skinny jeans and black tennis shoes, is just about to make her first public appearance at the 8th International Comics Festival of Algiers (FIBDA).

A few minutes before interacting with her audience for the first time, the butterflies in her stomach begin to flutter.

"I've been drawing for the past 10 years and now my dreams are coming true... but I'm totally freaking out! I have no idea what I am going to say to the readers and how I’ll autograph the books."

Belhadef was first drawn to Manga - a comic book art form with its roots in Japan - after getting into the Japanese Manga series, Naruto she recalls. She holds a copy of Lemri (meaning Mirror in the Amazigh Berber language) in her hands. This particular story is based on the mythology of an ethnic group in the north of Algeria, Kabyle, and deals with an evil spirit haunting Zakia, a 23-year-old student. The scenes take place in Constantine, a city located about 430km east of Algiers.

Next to her, Kamel Bahloul, the co-founder of Z-Link, Algeria's sole publishing house devoted to the local production of both Manga and cartoons, which released Lemri four months ago, tries to encourage the young Mangaka (Manga comic artists). "We are delighted to promote a new generation of talents." Bahloul said.

Between 6 to 10 October, the esplanade of Riadh El Feth, on the heights of the capital, was the hotspot for die-hard fans of graphic novels. Manga has recently flourished in Algeria, a country with a strong culture of comics.

Cartoons started running in local newspapers in the late 1960s. After a significant decrease during the Black Decade (the period of armed conflict between the government and Islamist rebels during the 1990s), local production has resumed as of mid-2000 and Manga has become trendy, Salim Brahimi, Bahloul’s partner, explained.

"Not only are Algerians attracted to the Japanese cartoons, but young local talents have also emerged and are printing their own versions of Manga art," Brahimi told MEE while proudly sporting a black custom designed T-shirt with a message emblazoned across it saying "You’re invincible."

Fella Matougui, a 20-year-old student living in the mountainous region of Kabylie, is a rising star of DZ-Manga (Algerian Manga - based on the area code El Djazair). She became famous in comic book circles after releasing The Revolution, marking the 50th anniversary of Algeria’s independence from France, in 2012. Top hits also include Samy Kun, created by Yacine Haddad. "It is about a teenager who gets mixed up in the Sahara’s issues. The story takes place in Tamanrasset (1900km south of Algiers)," Brahimi told MEE.

With Victory Road, Sid Ali Oudjiane has won Algerian Manga addicts’ heart, too. "His series feature a schoolboy’s quest for football glory. I really admire his capacity to draw like a Japanese Mangaka.

"I came to buy the latest edition but, unfortunately, it isn’t available yet," Khadidja Ramdani, who moves away empty-handed, told MEE. "I would love to become a Mangaka. I spend all my spare time drawing characters," the 19-year-old student at the Bab Ezzouar University added.

Z-Link’s Manga are all local products, from the drawings to the scripts, Brahimi highlighted. Though Algerian Mangakas remain faithful to the typical Japanese style, using the basic ingredients, including sharp humour, suspense and hyperactive characters, they bring to their work a distinctive local touch, peppered with Algerian slang. "Our publications deal with typically Algerian scenes only. It focuses on ordinary people. So it’s easy to relate to them," Brahimi told MEE.

At the Z-Link tent, the crowd remains impressive throughout the days. Teenagers, both female and male, flock to the table displaying copies of Laabstore Magazine, Z-Link’s monthly review specialising in Manga, cartoons and game. A group of boys comment on Laabstore’s front page, showing a woman dressed with an Algerian traditional outfit. "Some have still no clue that Algeria produces its own Manga comics," a hostess, wearing a custom black polo with the logo of the publishing house, told MEE.

Both magazines and books fly off the shelves. "We sell hundreds of copies every day during the festival. Some editions are even sold out. Girls read as much as boys," the hostess said. "Our products are sold at a competitive price. They are three times cheaper than the imported items," Bahloul told MEE.

In front of the Z-Link stand, adults seem as interested as the young festival goers. "Manga isn’t the preserve of the young population. The readers’ age ranges from 7 to 77," Kamel Bahloul said. "I bought books for my three granddaughters and I eventually started to read it. My favorite Mangaka is Fella Matougui. We had the chance to meet her last year during an exhibit. She is so sweet and her stories are poetic and breathtaking," Meriem, 79, told MEE, showing a picture posted on Facebook of the trio reading comic books, slumped on a couch. She leaves the pavilion carrying Matougui’s latest book, entitled Ghost.

Since its launch in 2007, Z-Link has become a successful company, increasing both its catalogue and staff. "At the beginning, there were just the two of us, Salim and I. Now, were are a total of 30 employees," said Bahloul with satisfaction. "From 2007 to October 2015, we released 53 editions of Laabstore and 46 comics, with a majority of DZ-Manga. Laabstore’s print run has risen from 2,000 copies up to 10,000," he detailed. "At the beginning some bookstores were reluctant to reserve a space for comics books. Given the growing demand, now they want us to occupy a large portion of their shelves," Brahimi said.

The items are published in Darija (colloquial Arabic), standard Arabic and French. "We are currently working on translating our publications into Berber with the help of the High Commission for Amazigh Affairs (HCA)," Bahloul said.

Undoubtedly, the greatest recognition so far has come from the Manga Mecca itself. In 2012, the Kyoto International Manga Museum selected several Algerian books. "The products were not only exhibited in Japan, [but] research has been made there about the Algerian phenomenon," Brahimi said. "Algerian authors have also been invited to well-known French comics festivals in Angoulême and Montpellier," Z-Link's co-founder added.

However, none of the Algerian artists manage to make their passion their sole occupation. "So far, no one earns enough to stop working." Brahimi explained. In spite of her precarious status, Nora Belhadef hopes to continue her career. "I’m working on a new project. Because of my studies, I can draw during the nights and the weekends only. I wish I could study at the Kyoto Seika University to improve my skills. I know it won’t be easy but if you love something you need to fight for it." 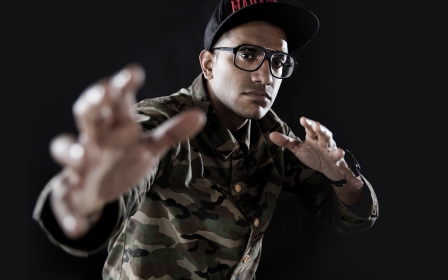