Mauritania: the thorn in the side of President Aziz digs deeper

Facing trial on 24 December, and possible imprisonment, Biram Ould Abeid is a rising star among anti-slavery activists around the world 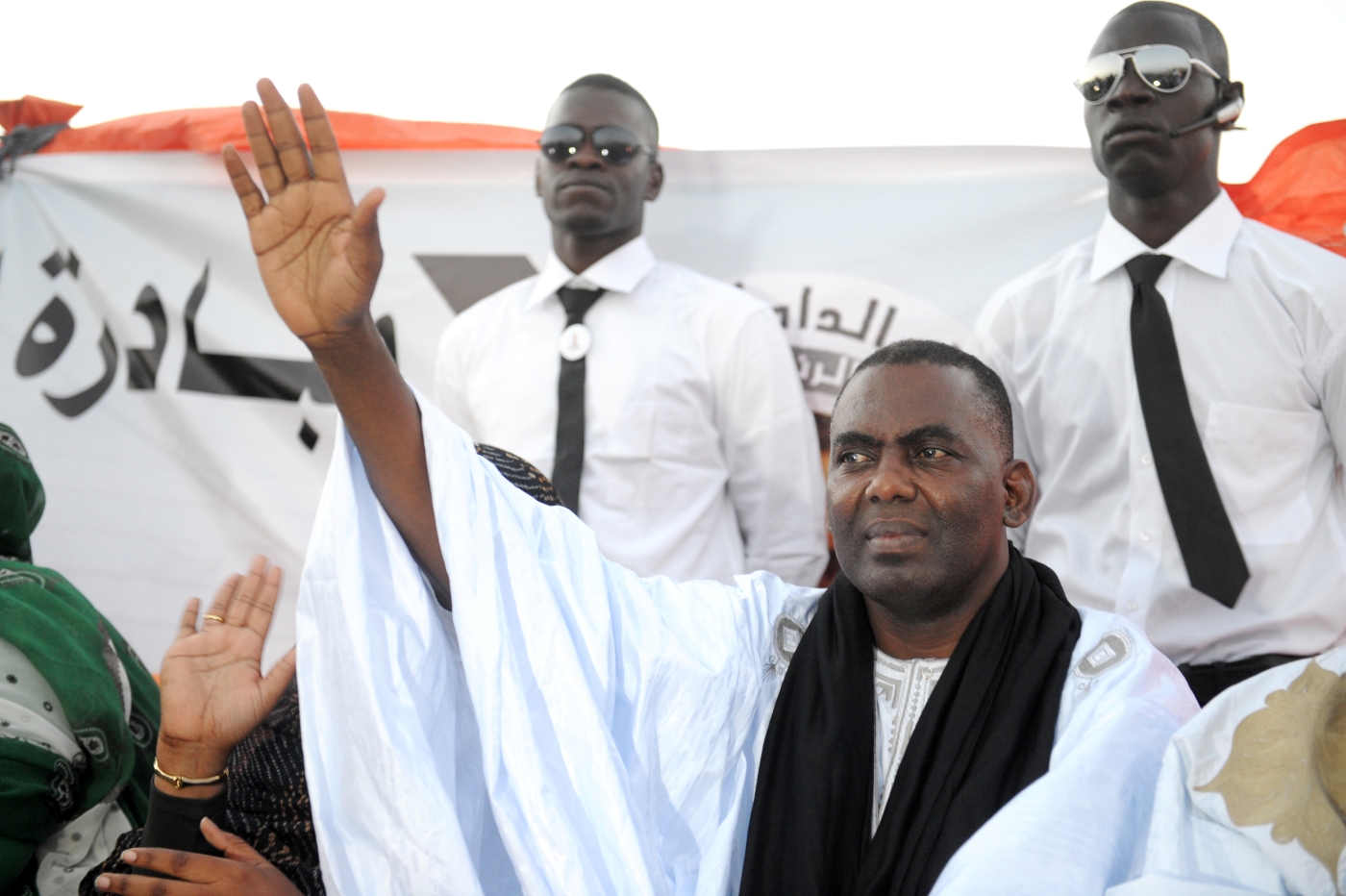 Biram Ould Abeid has been called the Mauritanian Nelson Mandela, “Le Spartacus Mauritanien”. The 2013 United Nations Human Rights Prize laureate  has received the Echoes of Africa (University of Philadelphia - 2014), FrontLine Defenders at Risk (presented by Ireland’s President - 2013), and the City of Weimar’s Human Rights Prize (2011) awards. The 2014 Mauritanian Presidential runner up was also named by Foreign Policy magazine as among the “100 Leading Global Thinkers of 2014”. Yet, along with 16 other activists, he now finds himself awaiting trial in Mauritania on multiple charges, including “racism”, “working in an unauthorised organisation”, “violating public order”, “inciting violence” and “offending the authorities”. How did it come to this?

Biram is a rising star among anti-slavery activists around the world. A member of the Haratin ethnic group in Mauritania, he was born to a free father, Dah, and an enslaved mother. Born into slavery, Dah was set for the same destiny. But owing to the ailing health of his mother's master, Dah and his mother were granted freedom adhering with the Quranic principle that acts of benevolence will be rewarded.

But the family’s plight continued. Dah pleaded with his first wife’s master to set her free so he could take them to Senegal which he deemed a freer society. Dah's pleas were rejected as he had insufficient funds, a decision supported by a judge. The French colonial governor acquiesced, stating he could not interfere as the dispute fell under Islamic law.

Mauritania has a troubled history of slavery that continues to this day. It began with slave raids against black Africans by Berbers in the 8th century, that reached as far down as the Senegal River. But it was not until the arrival of Arabs in the 11th century that the practice of slavery and a deep-rooted caste system became entrenched.

With the arrival of French colonial expansionism into modern-day Mauritania, came a policy of “peaceful pacification” through maintaining the status quo of societal structures, whereby Paris negotiated with local chieftains and nobles to obtain the local populations’ submission. This resulted in further entrenchment of slavery in both law and practice.

Post-independence Mauritania tacitly abolished slavery with its adoption of the Universal Declaration of Human Rights in 1961, and abolished it officially in 1981. However, the practice of slavery was only criminalised in 2007. The 1981 abolition took a non-victim-based approach to combating slavery by awarding compensation to slave masters in accordance with Shariah Law. The early 1990s still carried reports of shackles and chains being sold in Mauritanian markets.

Though undoubtedly progressive, the 2007 Anti-Slavery law falls short of being implemented effectively as Islamic Law still supersedes statute law in Mauritania in the minds of those who administer the law and high society in general. The UN Special Rapporteur on Contemporary Forms of Slavery has further noted after her 2014 country visit that the 2007 Anti-Slavery law relies solely upon the police and judiciary, who “have shown a reluctance to follow up on allegations of slavery-like practices, with most cases being closed without any proper investigation”, and that “the burden of proof lies on the victim”.

Tackling modern slavery has also been hampered partly by political instability since Mauritania's independence in 1961. Having had 6 coup d’états, post-independent Mauritania has been ruled autocratically with the military holding the balance of power. The most recent coup d'état in 2008 brought current President Aziz to power.

According to the Walk Free Foundation’s November 2014 report, there are 155,600 slaves in Mauritania. Conversely, the Mauritanian authorities consistently deny the widespread prevalence of slavery in the country, preferring to label cases as a few “last vestiges of slavery”.

Many Haratin are denied access to education, further obstructing their ability to gain permanent independence. Freed slaves, therefore, often return out of necessity to their former masters to work in “slave-like” conditions, which restarts the process of exploitation. This is notwithstanding the invisible shackles that a master embeds in a slave’s mind.

It was Dah who instilled in Biram an unrelenting desire to right the wrongs of modern day slavery affecting predominantly the Haratin ethnic group. The name Haratin derives from the Arabic word for “freedom”, and the suffix “Abd” or “Abid” or “Abeid” - Biram's surname - denoting one’s current or former slave status.

Biram trained as a lawyer in Mauritania and Senegal and has worked for a number of anti-slavery organisations, as well as the Mauritanian National Commission on Human Rights, from which he was expelled by the Commission's President for having voiced concerns on slavery.

Biram established a non-governmental organisation, “initiative pour la résurgence du mouvement abolitionniste” (IRA-Mauritanie) in 2008. He has held numerous protests, sit-ins and demonstrations to raise awareness of the plight of modern-day slavery in Mauritania. He also locates current and former slaves - the majority of whom are women - and shelters them in his own house where some receive training in a trade, such as sewing.

He also takes the police to the homes of slave masters to help improve on the paltry solitary conviction - resulting in a 2 month custodial sentence - since the adoption of the 2007 Anti-Slavery law.

In 2012, Biram was detained and sentenced to death - later absolved - with President Aziz vowing to administer it, for having burnt several religious texts belonging to the 8th Century Islamic scholar, Maliki. His works were heavily influenced by Aristotelian philosophical belief of slavery's natural existence. These texts, on which some slave masters justify the enslavement of others, are accepted by some Islamic Fiqh school of thought in Mauritania, although they are rejected as a justification for slavery by many other Muslims scholars elsewhere in the world. Biram was seeking to challenge this school of thought as being “un-Islamic” and illegal in Islamic Jurisprudence.

He remains a thorn in the side for Mauritania’s current President Aziz. He is challenging the societal status quo in which the Arabo-Berber ethnic group - those alleged to be the masters, accounting for around 20-25 percent of the Mauritanian population - hold most positions of power; in the police, judiciary, politics, religion and education.

Biram therefore sought to challenge the status quo by running for the 2014 Presidential elections on an anti-slavery platform, coming second with 9 percent of the vote, elections of which fraught with criticism, a meagre 56 percent voter turnout and boycotting by most opposition parties.

On 11 November 2014, Biram and 16 other IRA-Mauritanie anti-slavery activists were arrested near Rosso, prior to which they had been undertaking their “La Caravane” protest whereby they travel to various locations to raise awareness of slavery. This was partially prompted by the quashing of charges of under-aged sex against a 15-year-old girl who had been raped by her master, who himself was not charged.

Since their arrest, there have been confirmed reports of substandard conditions of detention, obtaining confessions under duress, lack of fresh air circulation, and loss of consciousness due to overheating. Notwithstanding the perceived arbitrary nature of their detention, this has solicited strong responses from international human rights NGOs (NGOs) such as Amnesty International, Frontline Defenders, the Unrepresented Nations and Peoples Organization, Anti-slavery International, the Society for Threatened Peoples and the Walk Free Foundation. On 13 November, IRA-Mauritanie's office was forcibly shut.

One cannot understate this situation's significance in the notoriously politically-fragile Mauritania. Mauritania now stands at a crossroad: if these activists are convicted, it will give precedential free-license to the Mauritanian government and elites to continue possessing slaves with impunity; if quashed, it could then act as a catalyst for liberating the shackled from their masters who will then be unable to maintain the practice with tacit state protection.

As things stand, it remains difficult to view this episode as anything but a purge of anti-slavery activists. Statements from NGOs should be the least of President Aziz’s worries. It is difficult to see how President Aziz will avert the pressure that is increasingly mounting upon him as this situation draws out. The UN, the EU, the US, the UK, the Netherlands, Canada and its usually silent, former colonial power France have already made clear their positions.

Biram’s status as the 2014 presidential election runner up has noticeably raised the stakes for not only how he is treated, but also the anti-slavery movement. He reportedly has not been subjected to maltreatment unlike his colleagues who allegedly have, a likely reflection of President Aziz's awareness that the international community is following the Mauritanian authorities' actions closely.

Abidine Merzough, IRA-Mauritanie's European Coordinator, spoke to Middle East Eye regarding the reasons for Biram’s incarceration, delcaring, “ We believe the success of IRA-Mauritanie's campaign has deeply shaken the position of the slave owners, especially the radical Islamists who are increasingly infiltrating the government, which has motivated this crackdown.”

Abidine believes that if the judges succumb to the pressure of President Aziz, his colleagues will get somewhere between 3 and 8 months in prison. With the trial fast approaching, he expressed that Biram is hopeful and positive about the outcome, “Biram and his friends are in good shape in spite of their ordeal, and they are at ease awaiting with patience for the process to finish.”

Abidine also told MEE that he is hopeful that there will be positive long-term effects from their ordeal. “We believe that the ramifications of their detentions will be entirely in our favour in view of the large, international support we've received, and the ensuing pressure placed upon the Mauritanian government.”

How much deeper will Aziz's thorn dig? Biram's trial, set for 24 December 2014, will be key to answering this question. It comes in the wake of the recent discovery by SOS Esclave, an NGO, on 9 December 2014 of slaves in Atar, reportedly held by Mauritanian Minister of Social Affairs of Children and Family Lemina Momma. If there was ever a more crucial time for change, this is it. 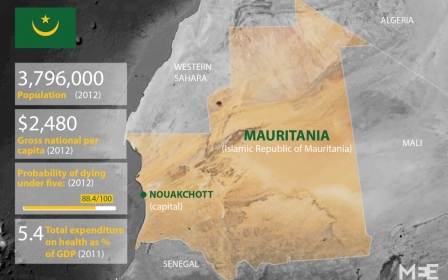 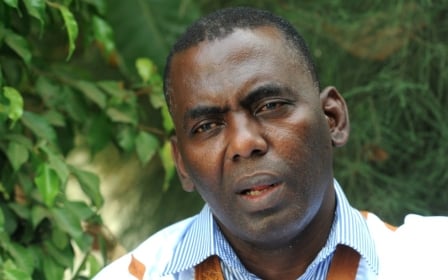 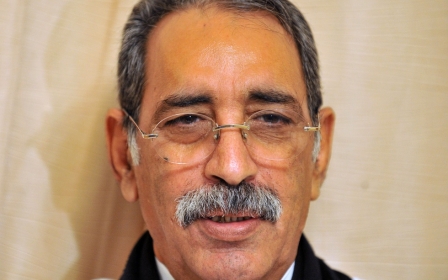