Middle Eastern film in 2018: Why it was a milestone year 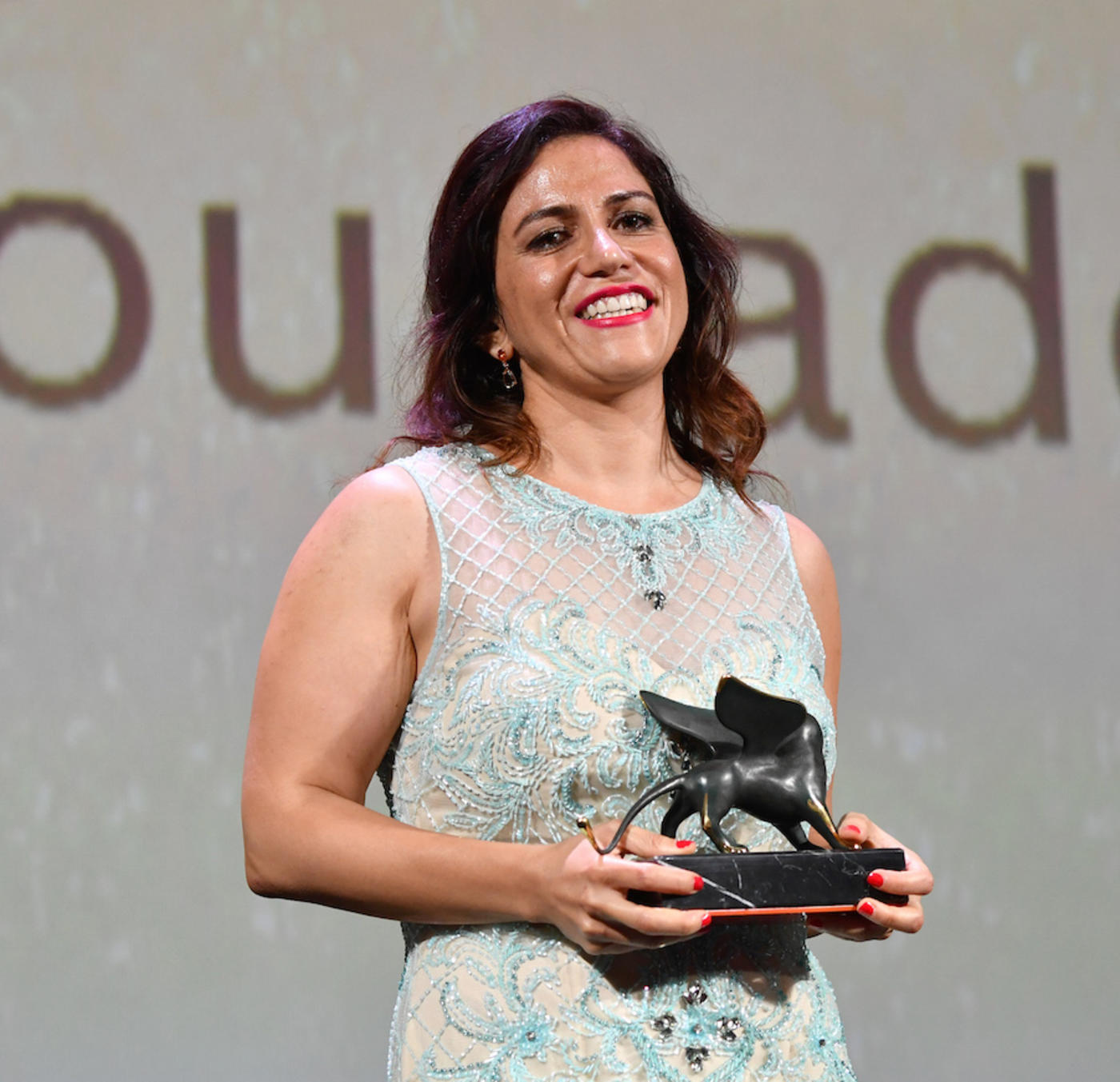 After disappointing festival representation and a modest box-office performance in 2017, Middle Eastern film bounced back in 2018. It is a year that shall be regarded as a milestone in the raggedy, unpredictable fortunes of the region's cinema.

Iran continued its festival domination with Jafar Panahi’s Cannes best script winner, Three Faces. Palestine won big in Rotterdam with Muayad Alayan’s The Reports on Sarah and Saleem, which went home with the special jury award for the film's screenplay.

Cannes 2018: Reclaiming the Arab narrative one film at a time
Read More »

Syria made the biggest splash in Middle Eastern cinema this year. The war-torn country scored its first Oscar nomination with Feras Fayyad and Steen Johannessen’s documentary, Last Men in Aleppo. And Soudade Kaadan became the first Syrian filmmaker to receive an award in Venice with her debut feature narrative, The Day I Lost My Shadow.

Saeed al-Batal and Ghiath Ayoub won the top prize at the Venice Critics’ Week with the documentary, Still Recording and Talal Derki was bestowed with his second Grand Jury Prize at Sundance’s World Cinema documentary event with the Oscar-shortlisted, Of Fathers and Sons.

Although, the selection of the road movie Yomeddine in the Cannes competition, along with the success of Tolga Karacelik’s Sundance-winning Turkish comedy, Butterflies, and Abdelhamid Bouchnak’s Venice-picked Tunisian horror, Dachra, demonstrated the growing appetite for out of the box stories from the region.

What distinguishes the best of 2018’s crop is their shrewd political commentary, which has been infused in universal stories about familial dysfunction, impotent machismo, sexual infidelity and teenage angst. Each is a small miracle, disrupting the increasingly oppressive echo system of the region and proving that the postscript for Middle East’s cinema is yet to be written.

Tunisian director, Mohamed Ben Attia, rose to fame with his promising, if conventional, Berlinale-winning debut, Hedi (2016). Like its predecessor, Weldi treads on a familiar subject matter: a middle-aged couple struggling to cope with the sudden disappearance of their teenage son and his subsequent recruitment by the Islamic State militant group. Yet the treatment is anything but conventional.

By choosing to withhold the complete details behind the son’s radicalisation and denying the parents concrete resolution or catharsis, Ben Attia has conjured up a deeply moving, slow-burning family drama about loss, grief and self-forgiveness. His sophomore effort is, by turns, subdued and powerful; detached yet highly engaging. It is a powerful film of quiet grace.

9. Erased, Ascent of the Invisible

Lebanon's 15-year civil war has, by and large, dominated the country's cinema for more than three decades. Just as new generations begin to turn their back to the subject, Ghassan Halwani emerges virtually out of nowhere to deliver this documentary about the disappeared victims of the war.

Halwani uses a single photograph of an anonymous man abducted by two other people in broad daylight during the Camps War in 1986, as a starting point for a reflective investigation on collective amnesia and the brutal moral cost of an enforced peace.

Incorporating animation and documentary footage with off-screen testimonials and written texts, Halwani scavenges the pockmarked walls of Beirut to unearth posters of the missing from underneath endless layers of advertisements. As entire generations born after the war grapple to make sense of their nation’s tarnished history, Halwani suggests that remembrance of those who vanished beyond trace, those who lost their individuality, is not simply a matter of political recognition - it’s a moral duty.

Having explored the role of image in journalism before and after the 2011 Egyptian revolution in the 47-minute film Crop (2013) , Egyptian director Marouan Omara has reteamed with German filmmaker Johanna Domke for their first full-length feature. Dream Away is a quasi-experimental documentary following a group of seven different workers in a Sharm El Sheikh resort depleted by the economic crisis and loss of tourist trade that followed the 2011 revolution.

Omara and Domke infuse the candid testimonials of their subjects with surreal flourishes, most notably in the gigantic moving monkey asking the young workers about their dreams and wishes in the Red Sea resort, while brilliantly capturing the sparseness of this once booming and now abandoned tourist hub.

An understated commentary on the unfulfilled promises of the miscarried revolution, Omara and Domke’s Egypt is populated by lost souls stranded in an indefinite purgatory. Innovative and evocative in equal measures, Dream Away is also one of the most beautifully photographed Middle Eastern movies of late.

7. The Day I Lost My Shadow

A young mother is thrust in a nightmarish journey in the Syrian backlands as she quixotically searches for a cooking gas cylinder at the beginning of the civil war in 2011. As time passes by, she observes people without shadows: men and women who have been scarred for life by death, loss or violence.

In her auspicious fiction debut – which earned Venice’s Lion of the Future prize for best first feature – director Soudade Kaadan lends her hard-boiled realism treatment of the war a fantastical touch, inspired by folk traditions and the magical realism of Spanish master, Víctor Erice (Spirit of the Beehive, 1973).

Politics and religion are largely sidelined, as the quotidian chores turn into herculean endeavours that are transformed beyond recognition.

Kaadan’s reconstructed Syria is a place of ghosts and vengeful demons; a wasteland haunted by unavoidable death and looming destruction.

This film cements Iranian filmmaker Shahram Mokri's reputation as one of the most fascinating, unorthodox talents working in Iran today: a genre-bending horror flick shot in one long take. The post-apocalyptic stadium backdrop acts as an ominous playground for a murder mystery that sees members of an unidentified sports squad using a police investigation to carry out more killings. The sister of the slain victim – who may or may not be a vampire - barges into the scene to turn the procedure on its head.

Invasion is pure bravura filmmaking; an anarchic vampire fable borrowing elements from the Russian cinema of Alexander Sokurov, as well as the traditional Ta'ziyeh, a Shia passion play, that focuses on the murder of Imam Hussein, grandson of the prophet Mohammed, in the 7th century.

Beneath the stunning filmmaking, however, lies a clandestine commentary on Iran’s decaying power structure, the crumbling patriarchy and a volatile youthful female force hellbent on shaking its core foundation.

Syrian director Sara Fattahi directs her lens towards three middle-class women dealing with the consequences of the war; a mother, an actor and an artist, as well as Fattahi herself – attempt and fail to shake off their traumatic memories as they struggle to settle in their new Vienna home.

Their Syrian domestic detainment has been replaced by inner confinement and their exile has augmented their isolation and inner torment. Contrary to familiar documentaries about Syria, Chaos contains no action nor sketches of triumphant immigrants and no record of destitute refugees at the European borders.

The silence of Fattahi’s women and their banal rituals are impregnated with naked emotions that have no release. Chaos, in its stark honesty, could very well be one of the most truthful documents of the Syrian war.

Four Turkish military men embark on a nocturnal journey over the course of one long evening to take control of an Istanbul radio station and announce what would unfold into the now forgotten 1963 failed coup.

This is the unusual setup for Mahmut Fazil Coskun’s triumphant third feature: a deadpan, dark political satire about decadent patriarchy, institutional incompetence, and skewed morality. It also happens to be the funniest Middle Eastern comedy of the year.

Relying on meticulously composed long takes that are occasionally intercepted by bouts of sudden bloodshed, Coskun delivers his staunch criticism with fierce imagination and confidence, holding a mirror to present-day Turkish politics with all its absurdity, corruption and violence.

Set in the Kadisha Valley in the Northern mountains, Yara is the rarest of Middle Eastern films: a chaste cinematic feast devoid of any political or social subtext. Little happens in Yara’s tranquil universe, as Fahdel patiently, lovingly observes the bucolic daily routines, the little talks and the innocuous courtship.

In realising a simple Arab romance at such politically troubled times, Fahdel has crafted a piece of transcending cinema that believes in the possibility of human goodness and the spiritual power of beauty. Yara is both a delight for the senses and a panacea for the soul.

2. The Reports on Sarah and Saleem

The emergence of Palestinian filmmaker Muayad Alayan in 2015 with the Brechtian comedy thriller, Love, Theft and Other Entanglements, was met with unease by the Arab film community. A forward-looking director openly laying bare the increasingly complicated dynamic between Palestinians and Israelis, Alayan went a step further with his follow-up effort which incited the ire of the boycott, divestment and sanctions movement by casting two Israeli actors.

Based on a true story, Alayan charts the extramarital affair between the titular Palestinian driver and the Israeli wife of a high-ranking military official as it spirals into a political standoff between the two rival countries when it’s discovered.

The Reports on Sarah and Saleem is a painfully honest, audaciously grounded view of a prejudiced society where simple sexual infidelity becomes a political impasse. With an admirable objective lens, Alayan exposes the racist, unjust Israeli legal system – an extension of an apartheid state where Palestinians continue to be treated as second-rate citizens.

Yet Alayan also refuses to succumb to the mandatory hagiographic depiction of his countrymen, painting an unflattering picture of a community still fixated on hero-worship. There are no sympathetic characters in Alayan’s world and no blameless individuals fighting for a lofty cause. The women and men in this place, as seen from Alayan’s non-judgmental lens, are lustful, transgressive, vain and weak.

They are real and all the more human.

To say that few were looking forward to seeing Turkish master Nuri Bilge Ceylan’s latest outing would not be an overstatement. The prospect of sitting through a 190-minute family drama was daunting to say the least.

As it turned out, Ceylan has created a modern masterpiece that ranks among his very best work, and above his overvalued Palm d’Or winner, Winter Sleep. An achingly intimate Chekhovian tale about an aspiring young writer returning to his rural village after graduation and coming face to face with his dysfunctional family, The Wild Pear Tree uses little of Ceylan’s signature striking visuals, replacing them with lengthy dialogue rich with psychological revelations and philosophical meditations.

The film is arguably Ceylan’s warmest and most humane: a heartfelt tale touching upon the inevitable disappointments of life, the agony of growing up and irreconcilable intergenerational disquiet.

Filled with irony and humour, it’s also Ceylan’s most political movie to date, implicitly pointing to the growing role of religion in everyday Turkish life and towards the longing for a saviour in face of institutional failure.

Few filmmakers can wield such myriad strands so seamlessly and so effortlessly as Ceylan can. He is Turkey’s great chronicler of contemporary national life who, with his latest opus, has made the ultimate Anatolian state of the nation movie.