Mahmut Fazil Coskun’s latest work is the rarest of beasts: an intelligent, subtle political film that does not reveal its cards too quickly 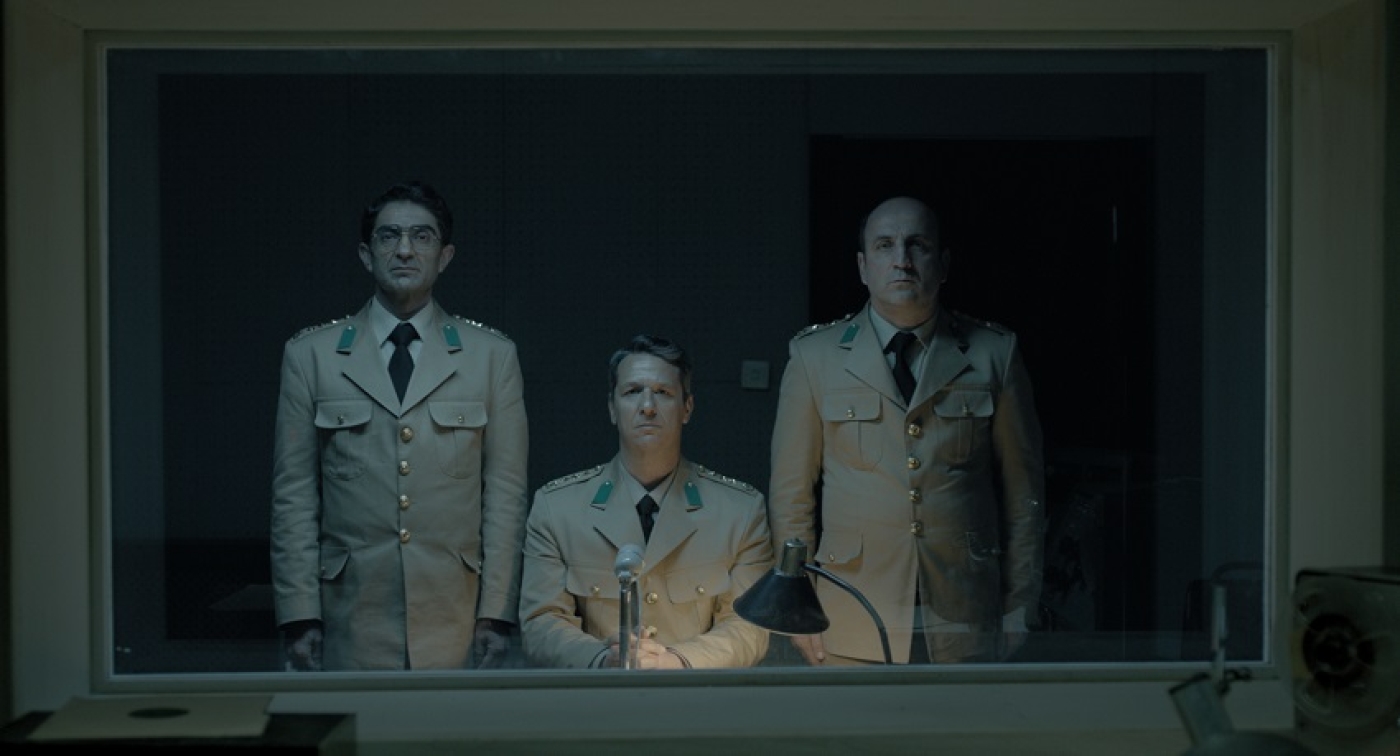 ISTANBUL, Turkey - It all starts in one foreboding evening in a taxi. The year is 1963. Two men sit motionless while momentary looks of apprehension flicker across their stony faces.

The taxi reaches a roadblock and an exchange occurs between the two passengers and the police guard at the checkpoint, who then lets them go. Soon, they reach their destination - a bakery. Before they leave the taxi, one of the two coldly shoots the driver in the head. The camera remains stationary, like the men who are unfazed by the violence.

We soon realise that the two passengers, Sinasi (Tarhan Karagoz) and Reha (Ali Seckiner Alıcı), along with the colleague they pick up from the bakery, Kemal (Murat Kılıc), and the fourth member of the group, Rifat (Sencan Guleryuz), are all fringe military men prepping for a military coup.

Their superiors in Ankara entrusted them with one simple mission: to occupy the main radio station in Istanbul and announce the coup. Naturally, things do not go as planned, and through a series of absurdly comic happenstances over the course of one evening, the mundanity, futility and sheer hubris of the entire enterprise begin to unfurl.

This is the setup for Mahmut Fazil Coskun’s deliciously acerbic third feature, The Announcement. The film had its world premiere in September at the Venice Film Festival's Horizons competition and is currently starting its international theatrical run.

A dark satire that doubles as both a stern attack on Turkish macho culture and a mockery of the country’s impotent ruling class, Coskun’s film is the rarest of beasts: an intelligent, subtle political film that does not reveal its cards too quickly.

The 45-year-old Coskun emerged on the international festival scene with his feature debut, Wrong Rosary (2009), a tender, unusual romance between a muezzin and a Catholic nurse. The film showed his knack for profound, atypical characterisation and a strong command of mise-en-scène.

He returned in 2013 with his sophomore feature, Yozgat Blues, a quiet, atmospheric drama about an Istanbul-residing music teacher forced to get out of his shell when he leaves to Yozgar, the titular provincial town for a concert.

Like its predecessor, Yozgat Blues is a gentle human drama that shows Coskun’s penchant for deadpan humour and a stripped-down visual style. Both were explorations of different facets of modern Turkish life: the yearning for a profound connection in the bustling backdrop of Istanbul and the different possibilities of connections in the tranquil, still Yozgat.

The Announcement is a departure of sorts - a cold, analytical picture devoid of the warmth and emotional generosity found in spades in Coskun’s first two films. It’s also Coskun’s first film to engage, albeit indirectly, with his country’s shambolic, brooding politics.

Coskun began his career in 2000, directing biographical documentaries for TV before making the transition to narrative filmmaking with Wrong Rosary.

The beginning of the century witnessed the arrival of a generation of filmmakers such as Zeki Demirkubuz, Semih Kaplanoglu and Nuri Bilge Ceylan. Their films enjoyed plenty of attention from European and Western film festivals, paving the way for a subsequent generation of independent filmmakers like Coskun to emerge.

According to Coskun, a change in the law that restricted government funding to established producers and allowed the Ministry of Culture and Tourism to offer large grants for first and second-time filmmakers was also a key factor in the flowering of this movement.

Despite its eerie timeliness, The Announcement – which was co-penned by the highly acclaimed novelist and film writer, Ercan Kesal – was conceived in 2014, two years before the failed military coup of 2016 and not as a reaction to it.

The story of the film is based on the 1963 failed coup of Colonel Talat Aydemir - an ill-calculated endeavour to impose a military regime.

In his research, Coskun stumbled upon a little anecdote about an attempted takeover of Ankara Radio, but no details about the incidents were available. The imaginary tale of what could’ve happened became The Announcement.

This is a story from the modern times, not the post-modern times. And modernisation is all about perfectness and minimalism

“When we were pitching our project to the Ministry of Culture, we were met by plenty of scepticism. We were told that nobody knows anything about the 1963 coup, and since the last one occurred in 1980, the young generations wouldn’t find it relevant,” Coskun told Middle East Eye. “Two years later, guess what happened?”

The 2016 coup occurred while Coskun was scouting for locations. The director, as a result, halted pre-production to ponder what had happened and its possible implications for his project.

“There was no political rationale behind the film. I had a different reason for telling that story. But after the coup, we knew that it would certainly be interpreted from a political framework,” Coskun said. “We considered changing the script at some point, but at the end, we decided not to and started shooting eight months later.”

Thematically, all three of Coskun’s films may have little in common, yet they’re all bound by one shared element: incompetent men at the heart of the stories. Together, they loosely form what Coskun calls his “trilogy of loser men”.

The “loser men” of Wrong Rosary and Yozgat Blues may not be regarded as such, but they certainly are in The Announcement.

One member of the group, for instance, is seen reciting the North Korean anthem he memorised by mistake (initially believing it was South Korea’s). In the film’s prologue, the band’s boorish driver is shown undergoing and ultimately failing a test for immigration to West Germany. And in one of the many surreal moments of the film, one of the officers asks the manager of the radio station they just occupied about the cost and efficiency of advertisement for his friend’s fridge business.

The role of the city and the outside world has steadily diminished with every film. The extensive touristy vistas of Istanbul in Wrong Rosary stand in contrast to the limited use of Yozgat as a backdrop in the second film. In The Announcement, however, there is only a glimpse of Istanbul, with the action mainly confined to enclosed spaces.

The stationary use of the camera, the long unbroken shots - inspired by the work of Finnish filmmaker Aki Kaurismaki and Swedish master Roy Andersson - and the uncluttered, minimalistic framing are other discernable aesthetic choices Coskun has adopted in the new film.

“I wanted to tell a story over a course of a restricted timeframe, in long shots, while evoking dry, dark humour,” Coskun said.

A story from modern times

Coskun’s newly adopted aesthetics were no mere stylistic flourish, but an extension of the psychology of its characters. “These are perfect compositions, which reflect the soldiers’ intent to make the country into an unrealistically perfect and boring place,” Coskun said. “This is a story from the modern times, not the post-modern times. And modernisation is all about perfectness and minimalism.”

These are perfect compositions, which reflect the soldiers’ intent to make the country into an unrealistically perfect and boring place

Coskun's focus in The Announcement was more on its visual structure rather than the actual topic, he asserts, yet the political question, in what the film tackles and what it represents, is too imposing to be eclipsed.

“There is undeniably a political dimension to the story, but I simply didn’t want [it] to be didactic,” Coskun said. “I didn’t want the politics to be obvious.”

The Announcement’s politics are certainly anything but obvious. Coskun’s criticism is not targeted towards the military per se or “the Kemalists” - followers of Mustafa Kemal Ataturk, the founder of the Republic of Turkey and former president - but rather the entire Turkish political establishment which has failed time and time again to come up with constructive, tangible solutions to the problems at hand.

The four men at the heart of the story are insignificant pawns who, nonetheless, think they know what’s best for the country. They’re meagre puppets, vain enough to believe that they’re working for the common good of the nation.

Coskun also points to what he dubs the “enforced Westernisation of Turkey” - one of the various ideals the military forced on Turkish society in the name of reforms.

The film’s most telling commentary that is directly related to the present climate of fear in Erdogan’s Turkey is the use of violence. Following the failed coup in July 2016, Erdogan launched a clampdown that has resulted in the arrest of 160,000 people including academics, students and journalists.

Critics say Erdogan has used the crackdown to muzzle dissent and increase his own power.

In the film, violence is displayed sparingly, yet when it plays out, it comes off as shocking, unsettling and unpredictable. Coskun paints a picture of a country that is governed by fear and lawlessness where anything can happen.

“I live in central Istanbul where it’s usually quiet, but suddenly, and out of nowhere, violence erupts,” Coskun said. “Violence is always here, but it’s not on the surface.” 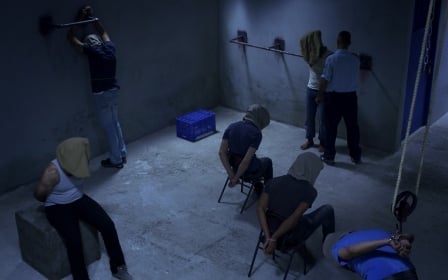