Every year thousands gather high up in the Atlas mountains for the souk of Ait Amar, to buy goods for the coming winter and to perhaps find a spouse 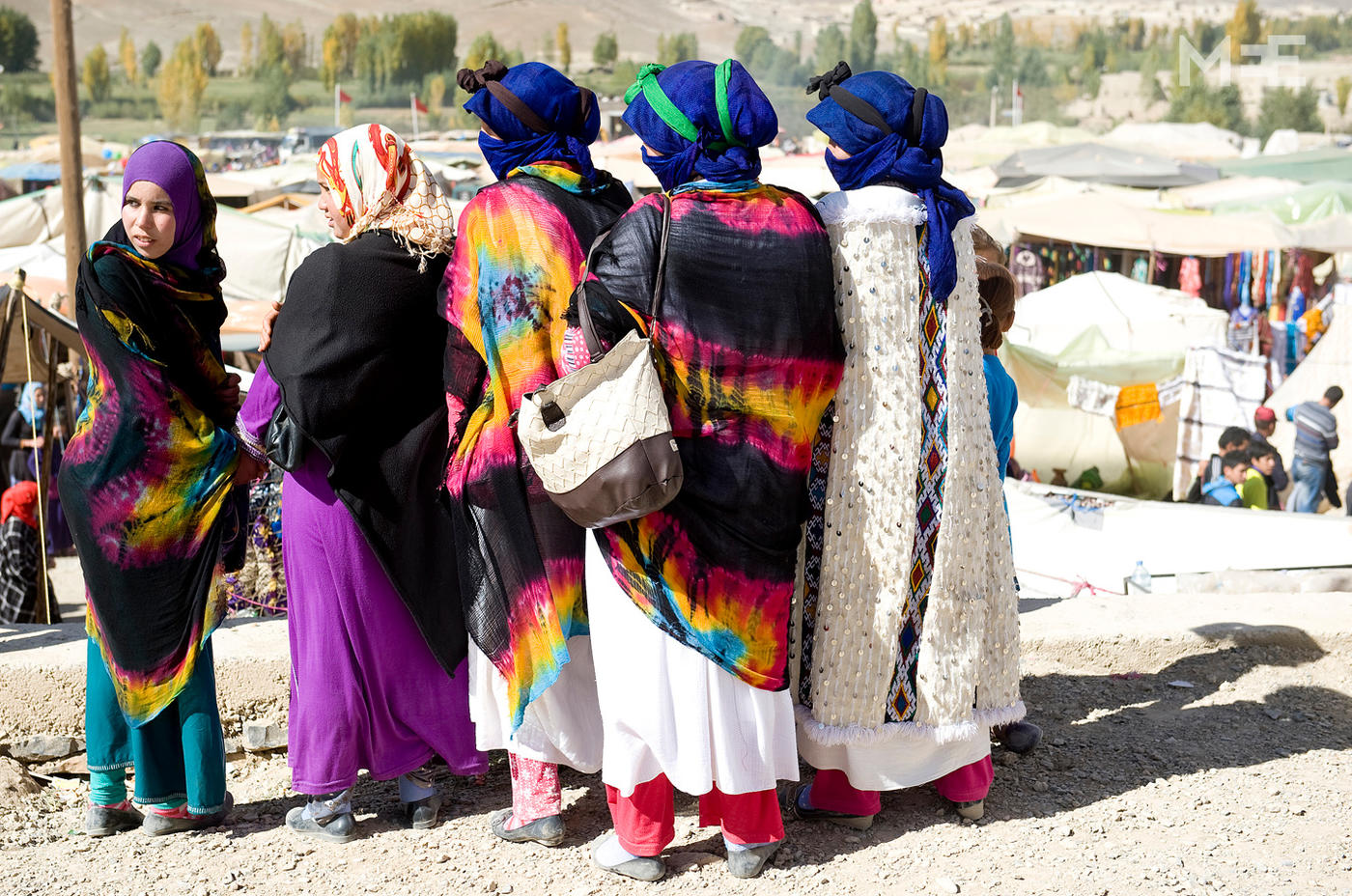 AIT AMMAR -  The drive up to Imilchil must surely be one of the most beautiful routes any living soul can take. Through lush green valleys surrounded by poplar trees, following semi-asfalted roads, past ravines and rivers and passing desolate brown mountains, it leads into the heart of traditional Amazigh country.

There, high up on the plains of the Atlas mountain range in the heart of Morocco, every year the Imilchil Marriage Festival takes place.

The festival, which takes place over three days, is essentially a souk (market) where thousands from all over the region come to stock up on cattle, blankets, furniture, pots and pans. A necessary ritual to arm themselves against the coming winter, during which villages can get snowed in for days or even weeks at a time.

As essential as the souk is to the lives of many, it has come to be most well known for its marriage festival, especially since the Moroccan authorities started promoting the festival as an off-the-beaten track touristic destination.

The festival is clothed in the legend of Morocco’s own Romeo and Juliet – a young man and woman from two rival tribes (the Ait and the Ait Iazza) who saw each other in the mountains and fell in love, but were forbidden to marry. The lovers cried, their tears - so the legend goes - forming the separate lakes of Tislit and Isli (which is actually salted) – but never married. It is told that after that tragedy the elders decided that once a year, youngsters from different tribes could meet to find a partner. Even if that meant crossing tribal boundaries.

Maadid Haddou, president of the El Kheir Association, which fights for the development of the region, sits in a tent in the Ait Amar souk and drinks his tea. He agrees, it’s a classic Romeo and Juliet tale, a West Side Story. The lake part is obviously not true, but the rest? He smiles: “Who knows?”

In reality, there is a more prosaic reason young men and women from all over the region have been meeting here for many decades. Until the 80s, souks in the region were off limits to women, Haddou tells MEE, except the one in Ait Amar. "The body of the sufi Sidi Hmad Oulamgnni rests in a tomb here. During his life he advised in religious matters but also in daily disputes, and after his death men and women kept going there to pray for health, prosperity and children."

As the tomb is in the same location as the souk, women were allowed to come. As a consequence it was the only place where men and women from different tribes met, says Haddou.

“If the boy and the girl like each other and their families agree, they can marry,” says Hadou. That doesn’t happen straight away, though. “Some just meet here and get married later in the year. Others come back to the festival the year after to officially sign their marriage documents during a ceremony.”

For that occasion, an official judge comes to Ait Amar to make the marriages lawful and to make sure the girls aren’t underage. They have to be 18, though exceptions can be made for 16 or 17-year-olds. “The judge coming here saves the couples a long trip to Errachidia, Er-Rich or Tinghir, at least 120 kilometres away. That’s why some people who are planning to get married wait for the festival.”

The festival is held in mid-October and dust stirs high into the air, jostled into motion by the movement of thousands of feet. In that mass of people, young men and women can be seen eyeing each other. The women are sometimes dressed in the traditional garments of their tribe – the white tahendirt (cloak) with glittering coins of the Ait Iazza tribe, or the dark ones worn by the Ait Brahim.

Walking among the crowds provides a glimpse into years of tradition, but it’s a tradition under threat. Take Rabha Boubker, a young woman who says she will not marry for a while. “I have studied and I work as a civil servant. I want to build career, that is important for me.”

She is not the only one, says Haddou. For men, it gets harder and harder to find a wife, he claims. “Women lead hard lives here. They work 18 hours a day doing everything, often while men sit in the cafes. In 1996 this region got connected to electricity and TVs came into the living rooms. Women discovered that a different life was possible. They want those lives, but men can’t always provide for that.” Inside Morocco
The blind protesters of the Moroccan boulevard Culture
History in their hands: UAE’s skilled craftswomen are a dying breed