From breast exams for mothers, to virginity tests for protesters, Egyptian women are enduring what is often state sanctioned sexual oppression 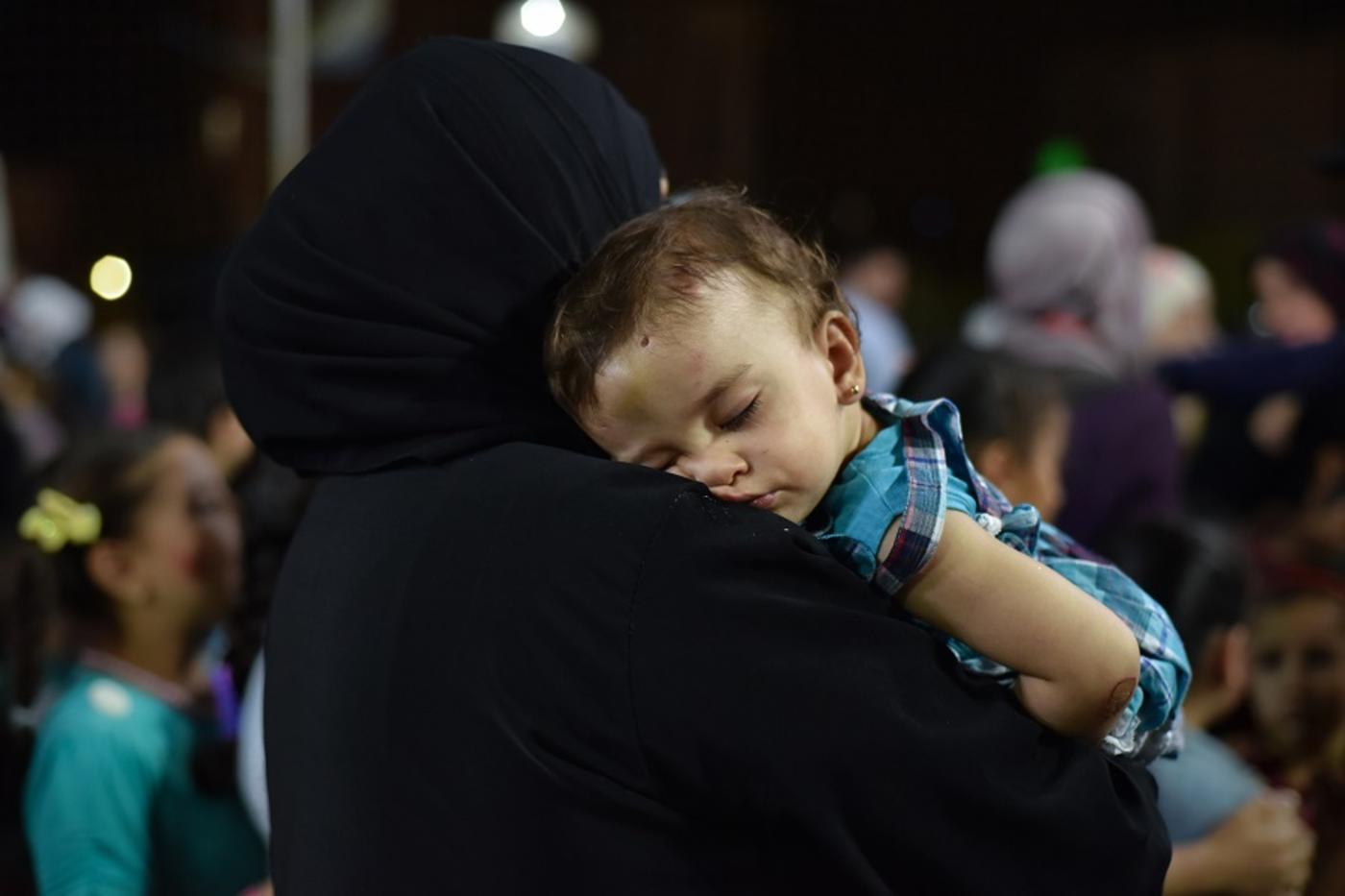 CAIRO - Um Ahmed felt as though she had been blessed by God when, not long after she lost her 10-year-old son in a car crash, she gave birth to another child.

As happy as she is raising her second baby, she is still afraid for the health and wellbeing of her newest addition, now eight months old.

Living in Fayoum - a city around 100km (60 miles) southwest of Cairo - Um Ahmed has been unable to find the subsidised baby formula she needs and each day is a struggle. “I have diabetes,” she explains, “and my husband works day by day. One day he’ll have work and the next he won’t.”

Um Ahmed and her husband have been desperately scrambling to find subsidised milk, asking everyone they know to buy it for them if they happen to find it.

“I have had to buy the expensive kind, but even that sometimes isn’t available,” she says. The unsubsidised milk costs 65 Egyptian pounds ($7.32) compared to the 17 EGP ($1.90) for the subsidised packets, a difference that really adds up for low-income families.

“When I can’t find it, I have to boil rice and feed it to him. Sometimes I give him yoghurt,” she tells Middle East Eye, “What else can we do?”

Women and their infants across Egypt are suffering the consequences of this nationwide shortage of subsidised infant milk.

Mothers take to streets in protest

Earlier this month, dozens of disgruntled mothers protested in front of the Egyptian Pharmaceutical Trading Company headquarters in Cairo. Many of them, like Um Ahmed, were from governorates far from Cairo and made the trip in the hope of finally finding milk for their babies. Some families have been making weekly trips with mixed success.

In response to the demonstrations, the military quickly announced it would supply milk instead of the companies that had been providing it, stating that the pharmaceutical companies “monopolise” the market. The milk will only be available in government-affiliated outlets and will cost 30 EGP ($3.38).

The military also said that the milk will be in outlets by mid-September, a promise which has raised questions as to why the military is economically involved in the business of baby milk in the first place.

For its part, the health ministry has said women wishing to buy infant milk must be examined beforehand in order to establish “need”. These women will have their breasts inspected by doctors and will have to obtain written confirmation by the examing medical team in order to be allowed to buy the subsidised milk.

Um Ahmed, like many others, is angered by the requirement, which she says is “unjust and unfair”.

“A woman might produce milk, but it might be very little. Or she might be physically able to breastfeed, but she has to work and doesn’t have time. It’s unfair,” she insists.

Rasha Hassan, mother of a three month-old, is also critical of the authorities and angered by their sexist comments. “The minister of health is saying that women should be breastfeeding. Well, we don’t have a problem with that, but if that is going to be the case, then let us have six months of maternity leave instead of three.”

While Hassan does not necessarily need the milk to be subsidised, the shortage worries her as well. The last time she found milk was two weeks ago and her maternity leave from work ends soon.

Hassan’s last hope is to find someone coming from abroad to bring in the milk, either that or hope the milk will reappear in the markets soon.

“This is a really big problem for working women,” she tells MEE. “I was just discussing with my husband what we’ll do when I go back to work.”

“For now I breastfeed wherever I am, in transportation, in sporting clubs… anywhere,” she explains.

Even for women who do not work in low-income jobs, the situation remains tough and “there are no daycare centres at work”.

“Half of the women in Egypt work, and half of them are the main breadwinners in their families,” Hassan, who is also a sociologist says. “Do they not want us to have any kids at all or what?”

A father who was at a recent protest is seen in a video for Egypt Daily News explaining why he is so upset. "I have three babies. I come every week to get milk from here as no woman on earth can breastfeed three babies at once" but once at the outlet he's told there is no milk available. "What do we do with our babies? What do we feed them?" he says in frustration.

Egypt’s state-affiliated National Council for Women is calling on President Abdel Fattah el-Sisi to name 2017 “the year of the woman,” after having dubbed 2016 “the year of the youth”. Social media users joke that this can only be an omen.

“The state we’re dealing with now is practising a sort of state feminism. On the surface, it claims that it wants to protect women. It has female police officers fighting sexual harassment in the streets, for example,” Dalia Abdel Hamid, a gender and women’s rights officer at the Egyptian Initiative for Personal Rights, explains. “Yet the situation on the ground is different,” she continues.

“This is a moment of defeat for the revolution, a moment of complete militarisation of public life, and so the vulgarity that we used to see so publicly in 2012 [with the military’s virginity tests], there’s little space for it to happen now,” Abdel Hamid says, adding that this type of physical violence is now more likely to happen behind closed doors of police stations and prisons.

Nonetheless, public control over women is taking place in other ways, both in society and on a state level, and Egyptian officials have frequently made headlines with their gendered rhetoric and symbolism.

Earlier this month, a sculpture showing a slender woman - meant to symbolise Egypt - being held from behind by an Egyptian soldier came under intense criticism from residents of Sohag, where the statue was built. According to them, it was an offensive display of sexual harassment.

“The thing about the Sohag statue,” Abdel Hamid says, “is that it really outdid itself in terms of the sexual connotations. It was like a soldier making out with Egypt.”

Representations of Egypt as a woman have a long history linked to anti-colonial imagery, Abdel Hamid explains. Colonialism was pictured as the rape of a woman by a man. This notion was thus also connected to English soldiers’ rape of Egyptian women, and the idea was: “They’re raping women, just as they’re raping the nation.”

As this social imagery has become more aligned with contemporary nationalist discourse, Egypt’s embodiment as a woman is moving away from motherly dimensions to more sexual representations meant to glorify the military. Abdel Hamid gives examples of the late Mustafa Hussein’s caricatures of Sisi marrying Egypt, or of Sisi as a superman rescuing Egypt - both extensions of state rhetoric that Sisi “saved Egypt".

In another incident that sparked outrage, Elhamy Agina, a member of parliament, said that women in Egypt should undergo female genital mutilation (FGM) because Egyptian men are “sexually weak”.

“Usually when parliamentarians talk about FGM, they will say, 'Well, we have go to the people of knowledge and religion'. What happened was useful in that it revealed how problematic that rhetoric is,” Abdel Hamid says.

“And these comments have been revealing as to how society thinks of women.”

Patriarchal state practices and symbolism, or even societal practices that are backed and maintained by the state, all rotate around the control of women’s bodies, regardless of the age of women.

As Um Ahmed puts it, space for people to speak up only tightens as conditions worsen. “There’s so much to say, so much to be written, but you know the circumstances. A person has to be quiet and that’s it.”

“I’m just an overwhelmed mother. I’m uneducated, but I understand, I’m aware and I care about my kids… and I get scared.” 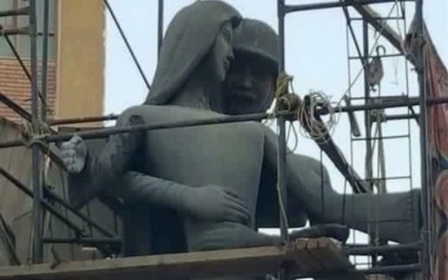