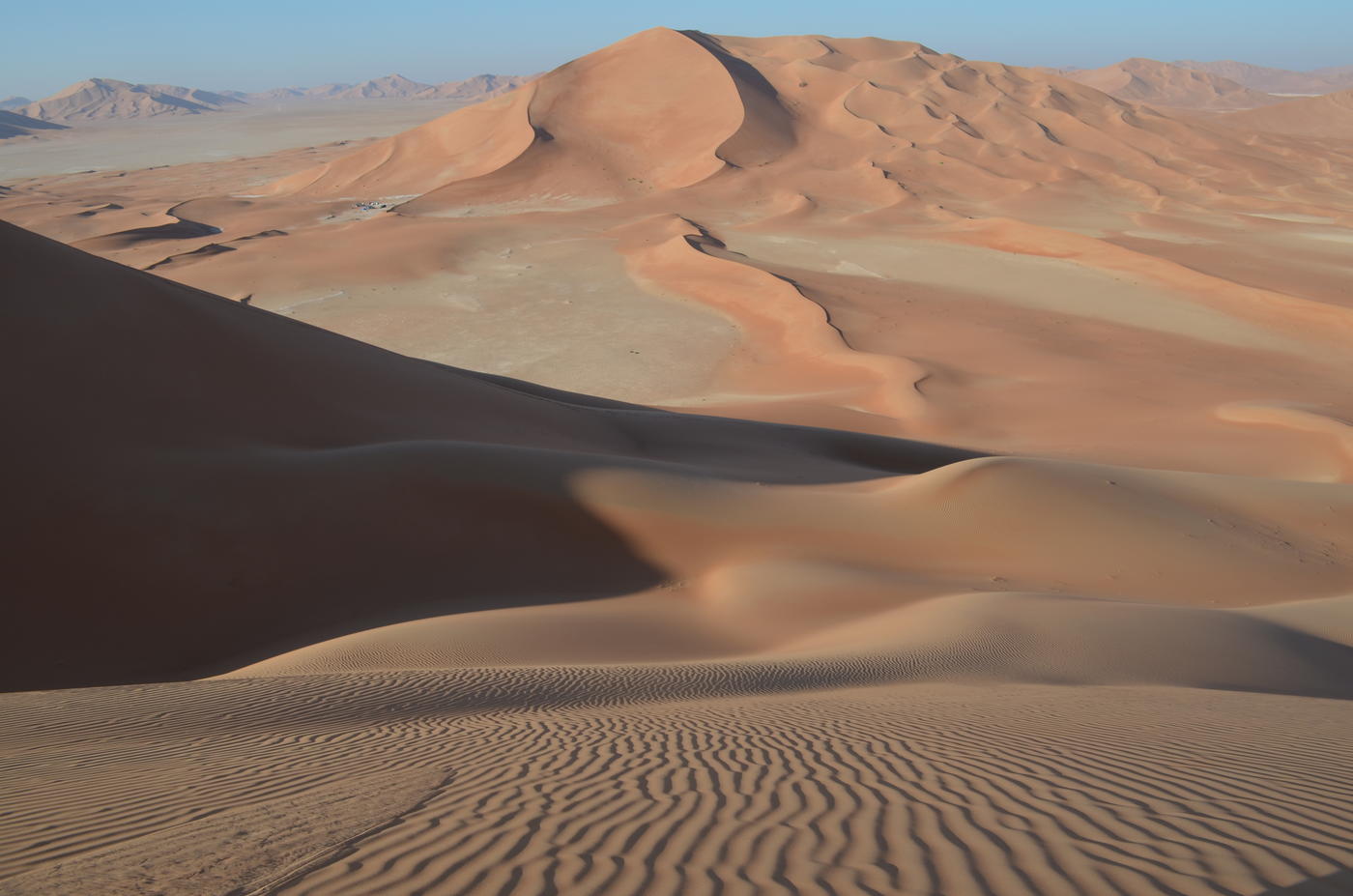 RAMLAT HASHMAN, Oman - By the time of the second tyre burst on our lead 4x4 during an off-road trip to southern Oman earlier this month, our party attracted the attention of a couple of young Bedouins. They approached in their Toyota pickup and offered advice as the driver got down and removed the tyre – which had literally burst – but it was mostly a spectator sport.

The further south we went, the less people we saw. Along the coastal road south, we passed the occasional goods-laden truck or pick-up and, in the mountains approaching Salalah, camels on the road.

Oman is continuing to build the infrastructure to embrace growing numbers of tourists visiting the Gulf country. According to the Ministry of Tourism, numbers rose from 1.408 million in 2013 to 1.575 million in 2014. Of these, half were from the Gulf, 331,000 from Asia and 272,000 from Europe.

Not everything has been smooth in the advance of Oman's tourist sector. Eyes have been raised over the postponement of the opening of Muscat’s flagship international airport till the end of 2016. It was supposed to open in December – instead the government did its best to trumpet the first flight from a new runway as a sign of progress.

The country’s appeal is clear – political stability, thousands of miles of sandy beaches, cultural and architectural heritage, stunning mountains and deserts, and some good top-end resorts.

Salalah, the southern capital, will see its new international airport open in April. The city, which experiences a massive influx of Gulf tourists escaping the summer heat during the Dhofar region’s Khareef rainy season, has recently seen its much-loved Hafa corniche, known for its picturesque but crumbling beachfront houses, bulldozed to make way for new tourist-friendly developments. Some critics consider this a short-sighted and unpopular act of cultural vandalism that has destroyed part of the city’s heritage.
Beyond Salalah, southern Oman is underexplored, despite offering a wealth of spectacular scenery, historical sites and the nearby Ramlat Hashman, Oman’s Empty Quarter of vast dunes.
In a 1000km drive from Muscat along the coastal road to Salalah, Middle East Eye saw very few tourists on the road in what is supposed to be peak season in Oman.

In the port town of Mirbat, the old fort is now a neglected outpost, covered in graffiti and surrounded by roads. There is nothing to signify its role in a key battle during the Dhofar rebellion of the early 1970s when British special forces repelled an attempt to take the fort by southern communist rebels.

According to Jerzy Wierzbicki, a photographer and veteran explorer of Oman’s deep desert, until recently visiting the interior and more remote areas of the coast was no easy feat. But that is changing. “They have built five new petrol stations in the south in the last two years. Before that, you would have to take large jerry cans of petrol in the car so you didn’t run out of fuel.”

Heading north from Salalah, highway 31 is the only main road linking southern Oman with Muscat along a route of mostly flat, featureless rocky desert. In the past it was notorious for abandoned wrecks of cars and lorries along its unbroken stretch of road. During our trip we spotted a handful of such wrecks, some new, although a major construction effort to improve the road is in evidence for much of the route, making it less dangerous than in the past.

Along the way, one can enjoy the roadside staples of tasty biryanis and masalas - national dishes in a country where the majority of expat workers are from the Indian subcontinent - at cheap restaurants at each of the petrol stops along road 31, including Qitbit, Mukshin and Haima, but don’t expect to find the kind of accommodation or services that tourists in Dubai or Europe are used to.

A top-end 4x4 vehicle, tent, water, fuel for a fire – and most importantly an experienced guide - are the best way to enjoy the fabulous night skies and open deserts that Oman’s less travelled interior has to offer.

The dangers of off-road desert driving are widely known and perhaps explain why so few make the trip to the Empty Quarter, combined with the proximity to Yemen with all its troubles. An inevitable hazard is vehicles becoming stuck in the sand when driving across the dunes, and it's essential to have a tow rope and shovel, plus a driver who knows the drill for getting you out.

Local tour companies offer adventure trips to the Ramlat Hashman, which is part of the larger Rub’ al Khali desert stretching into Saudi Arabia. Tours will take in the lost city of Ubar, referred to in the Quran and many literary works including One Thousand and One Nights; the Frankincense trail in Wadi Dawkah, where the trade in the Biblical spice began at least 4,000 years ago, and the tomb of Old Testament prophet Job, here known as Nabi Ayoub, in the Qara mountains.

Since 2007, Wierzbicki has made 290 visits into Oman's deserts and had some close calls. “An official in the Omani driving safety department told me that he had studied all my articles in Y about my trips to the desert and calculated that I should be dead 2.7 times,” said the photographer matter of factly.

During MEE’s two-day excursion close to the Saudi border, where a forlorn petrol pump station and electricity pylons to the last settlement mark the beginning of the Ramlat Umm al-Hayt, we saw only a couple of other vehicles on the sand track, as well as the Omani border patrol with its gun-mounted vehicles. The huge expanse of desert from here northwards for hundreds of miles offers a diverse palette of landscape - rocky, flat, orange and Mars-like, strange calcified outcrops, with occasional bursts of greenery around the wadis, and escarpments of boulders that rise up sharply from the featureless horizon. We encountered thick fog, cloud and, mostly, intense sunshine.

For those who prefer to take the more scenic coastal route and enjoy the mostly unspoiled beaches – litter from fishing and visitors is a serious problem on some of them – it is now possible to go all the way from Muscat to Salalah. This is thanks to the completion of a new stretch of highway in early 2014, previously a track, between the Wadi Shwamiyah and Hasik in the Dhofar Governorate. Most maps do not yet show this newest of roads. The route is notable for spectacular views of canyons and the high cliffs that overlook huge expanses of untouched sandy beach and azure seas.

Back in Muscat, the tourist high season is coming to an end, as temperatures steadily rise. Traders tell MEE that it has been a good season. Despite some uncertainty over the future of Oman due to the prolonged illness of long-time ruler Sultan Qaboos bin Said, the country remains a bastion of stability in the region, in contrast to its southern neighbour Yemen.

“He [the Sultan] is a good man, he has done many good things for the country,” said a craft shop manager close to the Muttrah souq overlooking the harbour where Sultan Qaboos’s luxury yacht is anchored behind a traditional dhow fishing boat.

“He has been in Germany for a long time - we don’t know what will follow, if the government may change,” he said sipping a masala tea from a paper cup. “The rest is up to God.”