Organic food in Tunisia: A sector with great potential struggles to take off

While organic farmers and producers have mushroomed in Tunisia, a lack of visibility and insufficient policies have hampered development 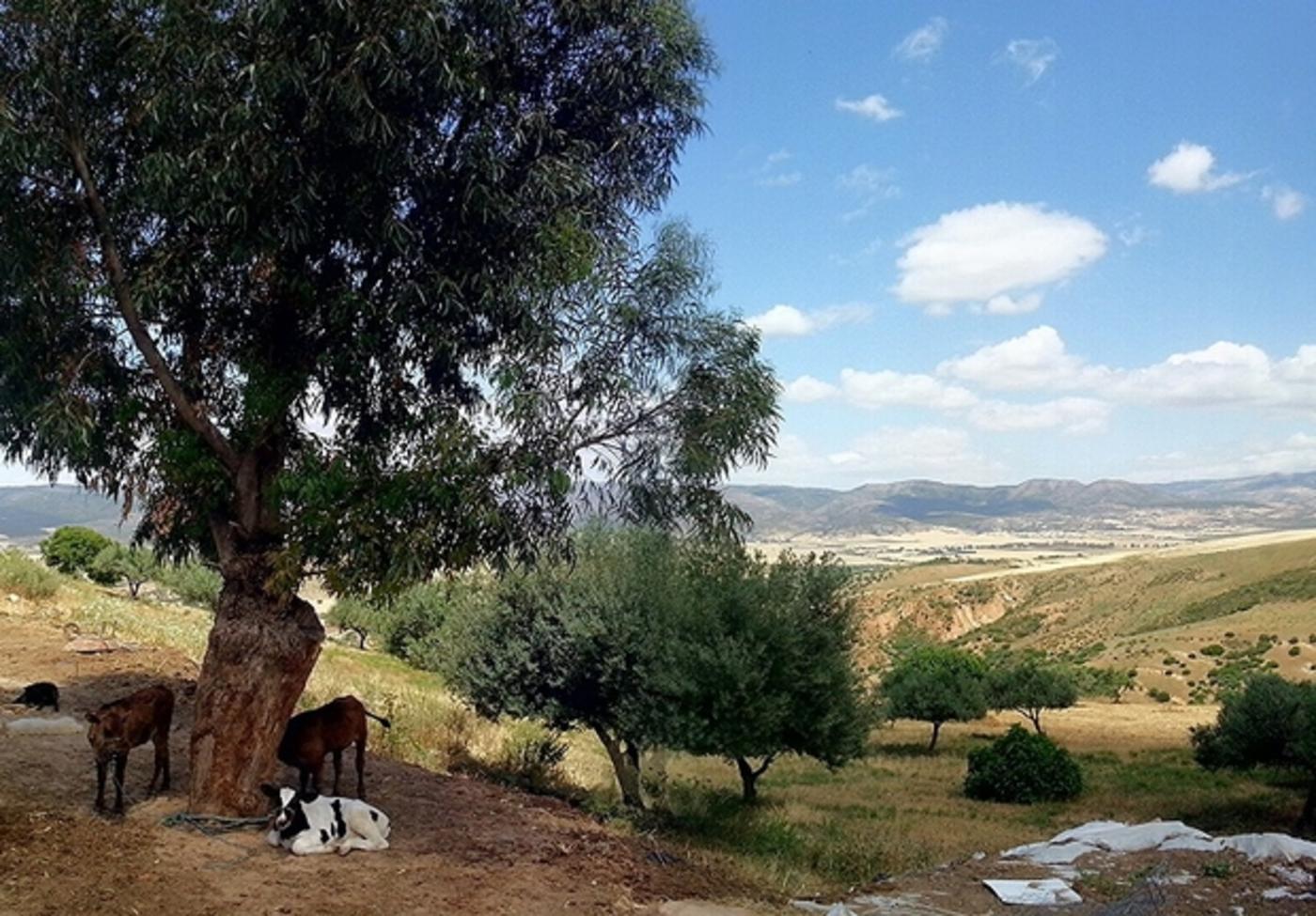 TUNIS - On the hills of Zaghouan, 40km away from Tunis, the Sidi Mrayah area stands amid olive groves and beehives. In 2010, Malek Lakhoua was still a young doctor when he decided to convert their family farm into an “organic” farm.

"I realised that many women were suffering from miscarriages that were seemingly related to poor nutrition and pesticides, so my motivation for the farm was essentially to promote healthy, local food products,” the young man told Middle East Eye.

He begins by collecting wax from some 30 hives on his land, but it is due to his olive oil - considered to be among the best in the world according to the Flos Olei international competition - that his business is thriving.

For Malek, this return to traditional practices was obvious in a rural area where respect for all that is "natural" was already present. Only a few fields are treated with pesticides and there is a long heritage of ancestral traditions and natural medicine. "Women here have long produced their own medicinal oils. Everyone knows the endouh, that first oil that comes out of the stone-pressed olive, with many medicinal properties."

Malek’s goal was also social, especially in the context of the economic crisis that followed the popular uprisings of 2011.

"My aim was also to create jobs, because organic food suits a social reality where one can preserve the farming tradition while reaching self-sufficiency with what is produced," he said.

Malek has also taken advantage of the Zaghouan region, rich in clear spring water, to add an "environmentally responsible" dimension to his project: water preservation. For that purpose, he used the Zim Plant, German technology, which allows for remote control of the olive trees’ irrigation system via an electronic circuit.

Between technological innovation and returning to the land, Malek, through his micro-enterprise, manages to cover his costs with a 40,000-dinar ($19,700) turnover per year.

Malek is not the only farmer to adopt this "eco-friendly" attitude in Tunisia. Among others, Amine Draoui, a young agro-entrepreneur, had the idea of an "ecofarm" in Mornag, on the outskirts of Tunis, where he mixes farm life and eco-friendly practices in everyday life.

The growth of such initiatives is emblematic of the organic food transition that began in the '80s with Tunisia’s agricultural policy - a transition that has accelerated in the 2000s, during which the country’s organic farmland surfaces have increased from 8,000 hectares at the beginning of the decade to 175,000 in 2010.

Later, in 2013, the Department of Agriculture estimated that there were nearly 222,000 hectares of organic farmland in Tunisia. (These figures do not, however, make a distiction between forest patches that are naturally organic, and fields certified organic and untreated. They also do not include land parcels currently being converted to organic and those already converted). In 1999, a law laid down control and certification procedures for organic agriculture.

The most famous example of this transition is that of the Mahjoub mills, a family business producing olive oil in the Tebourba region. The Mahjoub plantations obtained organic food certification in 2005 and today provide ingredients for the internationally known company Le Pain Quotidien.

The success of Mahjoub mills - with one of the managers, Majid Mahjoub, dubbed the "Shakespeare of olive oil" - is indicative of an important element in the organic food conquest in Tunisia: exports. Indeed, the need for organic food wasn’t the result of a local demand, but rather a business opportunity.

"In the 2000s, there has been a growing demand worldwide, especially in Europe, for organic products. It was a good opportunity for Tunisia, which has crops that can easily convert to organic agriculture, especially olive trees and date palms. A national policy was therefore proposed to organise this sector to essentially increase exports of Tunisian products," Houcem Nabli, engineer and deputy director of communications at the Ministry of Agriculture, told MEE.

The export of Tunisian organic products has increased significantly over the past 10 years, from about 5,000 tons in 2002 to 21,064 tons in 2013. It largely developed with the export of fruits such as dates, pomegranates, apricots, almonds and pistachios. Olive oil continues to dominate the market - Tunisia was the world's largest exporter of olive oil in 2015.

However, though the export works well, particularly owing to the equivalence of the AB [Agriculture Biologique] organic certification between the EU and Tunisia, the development of the local market remains at a very low level.

Although awareness about the need for organic and healthy eating has begun to spread in Tunisia, the organic market is struggling to take off locally. While producers wishing to export struggle to mobilise significant means and produce more, if they want to sell locally, they must overcome a different kind of obstacle - being known, since the organic sector lacks visibility in Tunisia. Communication is essentially made on social networks.

The other challenge facing the local organic market is related to large-scale commercialisation. In Tunis supermarkets, one can find certified "organic" products, but many of them are foreign brands and imported, which has the consequence of doubling the product’s cost. Products from Tunisia are also sold in stores. Malek’s products such as soaps made from donkey milk or olive oil are found in some Tunis stores in the northern suburbs and at the Medina.

The agronomist Yosra Chebi thought about the idea for 10 years before deciding to launch her own project of commercialising organic and natural products. Shortly after the revolution, she launched her first organic store, Vi. Fruits and vegetables, legumes, cosmetics - the store’s shelves offer everything. The store’s location, La Marsa, is a posh suburb of Tunis and was chosen for strategic reasons.

"I initially wanted to target a clientele of expatriates, familiar with the organic concept, unlike the Tunisians who do not necessarily know the difference between organic and natural products," Chebi told MEE.

Indeed, Tunisians do not distinguish well between a product certified "organic" and a "natural" product which they would buy on the market but that might have been made using pesticides.

This is also the consumption style that differs between these two types of customers. While expatriates have a preventive approach in terms of health care and impact on the environment, the local clientele is instead in search of curative products and products with specific dietary virtues. In Tunisia, the local aspect outweighs the environmental concern.

Some were able to take benefit of this interest for terroir products to create new concepts. Such was the case of Naoufel Haddad, an agricultural engineer who created the Souk COOP where each week, farmers come to the capital to sell their products at lower prices than in supermarket.

"The idea was to target customers from the middle class who are the most affected by the crisis and the high cost of living. We also wanted to promote organic culture and products’ traceability, which people are not aware of when buying in supermarkets," he told MEE.

The Elixir shop in Tunis has also chosen to distribute locally, selling organic products from small farmers in Greater Tunis in its shops and on the market. The concept, putting craftsmen and farmers in direct contact with customers, seems to work, but logistical problems always arise.

Mohamed Nasri Ben Ali, a KEF farmer in the northwest of the country, for instance, would like to sell more in Tunisia, but the challenge remains the lack of resources to meet supermarkets’ requirements in terms of production. There is always a demand for large stocks while organic farmers, most of the time, produce in small quantities. So he is considering another option.

"I’m trying to turn toward ecotourism to better promote organic products in Tunisia," he told MEE.

Despite these personal initiatives, the organic sector in Tunisia suffers from a lack of cohesive national policy to effectively develop the local market and thus help small traditional farms to meet the requirements of organic certification and go further than the simple "natural product".

Transformation is another axis of economic development that lacks recognition and planning on a national level. According to Badrouchi, this is what prevents the best use of Gabes' organic resources.

"If there were more processing plants in Tunisia, dates could also be used in the pastry dough and pomegranates that are not 'marketable' because overripe could be processed into juice, etc," he said.

In 2010, a few months before the revolution, Jeune Afrique magazine devoted a special issue to the "Green Revolution" of Tunisia, indicating that the country wanted to boost its organic food exports and that the dictator Zine El Abidine Ben Ali had even requested that "Agrobio" [organic agriculture] be on each cabinet’s agenda.

Now, five years later, the industry seems to suffer from the same problems as before the revolution. The exports have increased due to a strong demand from EU countries but a structural deficit prevents the development of a real local market in Tunisia.

"Yet there is a real local terrain to develop, because many young people want to return to traditional working of the land and have their own businesses, especially in Gafsa, in central Tunisia," where unemployment rates - particularly among the youth - is high, said Latifa Khiari, a member of the association Saveurs de Mon Pays (Flavours of my Country).

During the COP21 conference held in France from 30 November to 11 December, Tunisian MP Olfa Soukri took a position on the issue saying that the Tunisian government had - in April 2015 - established five priorities for agricultural development.

The authorities' strategy for organic agriculture aims, by 2020, to increase organic products’ added value, taking into account environmental and health issues, with the integration of new sectors such as snail farming and aquaculture.

This article was originally published on MEE's French page. It was translated by Ali Saad. 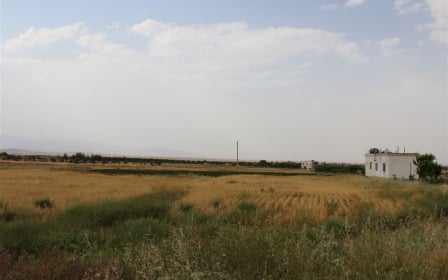 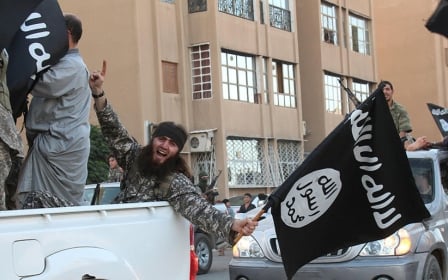