Show me the money! No bank accounts for many Syrians in Lebanon

Life for many Syrians living in Lebanon means no bank accounts, no credit cards and no online payments 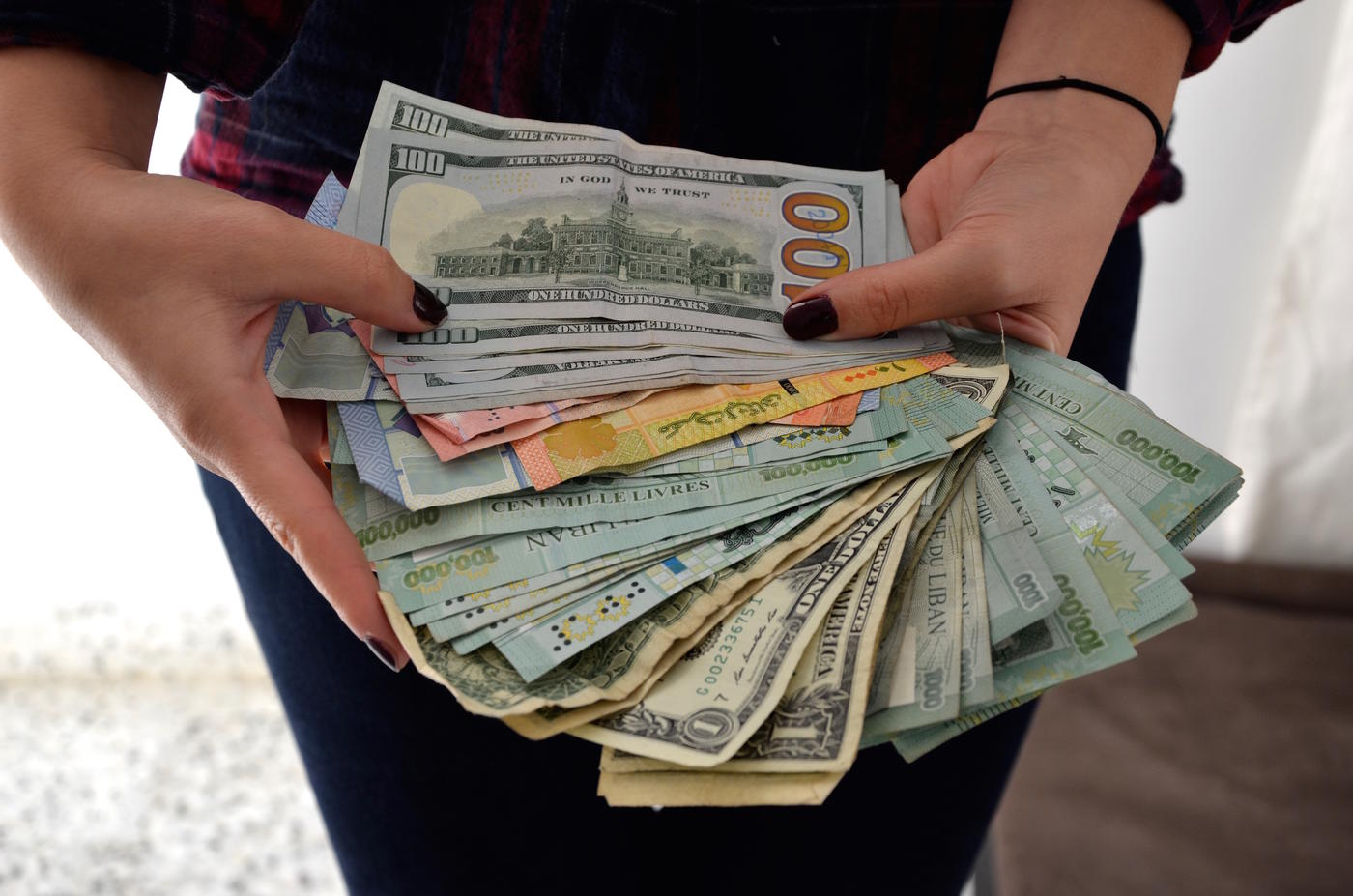 BEIRUT - When she first arrived in Lebanon, Syrian-born Maria Hassan, 25, tried to open a bank account. She went to four different institutions and got the same answer each time: "We do not open accounts for Syrians."

“Last time, I was very angry and screamed at the bank manager. Now I don’t want to try again, I won’t humiliate myself any more,” she said.

No bank account means no credit card, no online payments, no cheques and no money transfers. In Lebanon, bank statements are also frequently asked for when applying to university or for a visa.

Like more than a million Syrians living in Lebanon, Maria has to rely on cash for everything, and since a dollar is worth 1,500 Lebanese pounds, it means piles of bills.

“School fees, insurance, rent, house bills... I pay for everything in cash. Since I can’t have access to the banking system, I rely on Western Union or Outright Monetary Transactions (OMT) to get transfers from my family abroad. Then I hide all the money,” she said, clearly frustrated.

When the war broke out in Syria in early 2011, the United States and the international community imposed very strict sanctions on the Syrian government. Part of these sanctions target the banking sector.

In April 2011, US President Barack Obama issued an Executive Order “blocking property of certain persons with respect to human rights abuses in Syria”.

The order targeted a list of designated officials as well as “any person determined by the Secretary of the Treasury, in consultation with the Secretary of State," to be taking part in the repression.

Barack Obama then pronounced four additional Executive Orders, taking further steps against the Syrian government and its supporters. The last one, dated May 2012, allowed the US Treasury to “prohibit all transactions or dealings” with the US or any US person by a foreign person who has “facilitated deceptive transactions for or on behalf of any person subject to United States sanctions on Syria”.

For Lebanese banks, this means one thing: if they are found to be linked even in the most indirect way to entities targeted by the sanctions, they will be cut off from the international financial system. And that is a risk very few banks want to take.

Discrimination at the counter

May Shaarani, a 24-year-old student from Sweida, Syria, is another victim of the sanctions. She left her country because of the war and is now completing a degree in pharmacology in Beirut. She has no income and depends on her father, who lives in Saudi Arabia, to help her cover all of her expenses.

“My father had an account for four years at CitiBank Beirut.* He was using it to send me the money I need to live here, but about two years ago, the manager called my dad and told him to come and pick up his money. They closed his account immediately,” she recalled.

Shaarani tried to open an account herself but was turned down by several banks. The only solution left was for her father to transfer money to Shaarani’s aunt who is married to a Lebanese citizen and therefore has a joint account with him.

“My father wired large amounts of money to my aunt every month and I had to go take it from her in cash. It made life very difficult. My aunt lives very far from Beirut and on the way back I was always worried something was going to happen to me or the money. Back then, I was hiding the money in my bedroom but that wasn’t safe either. One time, my flatmate stole about a thousand dollars from me, but I couldn’t do anything about it,” she said.

After two years, Shaarani was finally allowed to open an account at Bank Audi under the condition her wealth and transactions be managed in another currency other than US dollars; in that instance, the Lebanese pound.

“It’s much easier now that I don’t have to carry all that cash around. I even have an ATM card, but I still feel discriminated against. Not having access to dollars makes it complicated to receive transfers and every time there is a movement on my account, the bank takes about a week to check that everything is normal,” she added.

Cutting ties with all Syrian clients

In September 2011, the Association of Lebanese Banks (ABL) issued a memo urging all banks to limit their relations with Syrian clients. This document is not available to the public, but a bank gave a copy to MEE. It stated: “No external transactions in US dollars are to be permitted for Syrian-held accounts after the issuance of the Executive Orders against Syria.” In 2014, the year Shaarani’s father lost his account, ABL sent the banks a reminder.

The Association of Banks in Lebanon and the Lebanese Central Bank both declined to comment, as did the majority of banks approached in Beirut.

“Financial institutions are reluctant to open the subject because no one wants to take responsibility for what is going on. We know that not all Syrians are terrorists, and from a humanitarian perspective, it’s a pity to reject them, but nobody wants to take the blame if something goes wrong,” explained a senior financial consultant at a major Lebanese bank who wished to remain anonymous.

There are no figures available to help determine how many existing Syrian accounts have been closed or how many Syrian clients Lebanese banks have turned down.

The ABL memo has no legal value as such. It is a piece of advice that is not binding. Yet in Beirut, most of the commercial banks choose to be on the safe side and simply refuse to deal with Syrian nationals.

“When a Syrian person walks in and asks to open an account, I politely refuse. It might not be nice, but nobody wants a headache,” said a branch manager at another Lebanese bank who also wanted to remain anonymous.

“As a bank, I need the United States for all my transactions outside of Lebanon. The relationship with correspondent banks is something I will never compromise on and so our choice is to stop dealing with Syrian citizens as a whole. We do not open accounts and we allow ourselves to close existing ones,” she added.

A Correspondent Bank is a foreign financial institution that acts like a domestic bank's agent abroad, facilitating transactions and other services. Losing correspondent banking relationships (CBRs) is a matter of great concern to Lebanese and Arab banks. According to a recent IMF/World Bank/Arab Monetary Fund report, 40 percent of Arab banks are experiencing “a significant decline” in the scale of CBRs, with 167 terminated accounts in 2015.

There are several reasons why western banks are cutting ties with their Arab partners, including concerns about money laundering and terror financing, imposition of sanctions and an overall decline in the appetite for risk.

From de-risking to financial discrimination

In that context, the behaviour of Lebanese banks towards Syrian clients is a typical case of de-risking. For fear of losing CBRs, local establishments prefer to stop operating with entire groups of people, even if that implies financial exclusion. Yet there is more to it than a fear of international sanctions. Such measures also follow economic rationales.

“Of course there is a commercial logic when we refuse Syrian requests," admitted one anonymous branch manager. “Most of them are only in Lebanon temporarily and do not have a lot of wealth, so it wouldn’t be profitable for our bank to accept such clients."

“I fear that the core reason behind the financial exclusion measures taken on by large banks remains the same: profitability," said Wissam H Fattouh, Secretary General at the Union of Arab Banks, a regional institution that operates under the Arab League’s umbrella. “We feel that de-risking has evolved towards a form of financial discrimination where decisions are led by perception instead of facts, where some regulations protect the strong instead of the weak, and where certain policies are driven by profit instead of morals.”

*Correction - This story originally identified Banque Libano-Française as the bank in question, when it should actually have been CitiBank Beirut. This has now been corrected. Inside Lebanon
From city to coast, taking back Beirut's public spaces 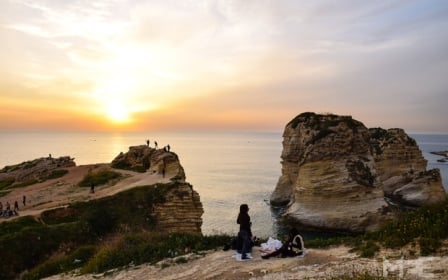