Thinking of reconstruction amid war: The Aleppo Project 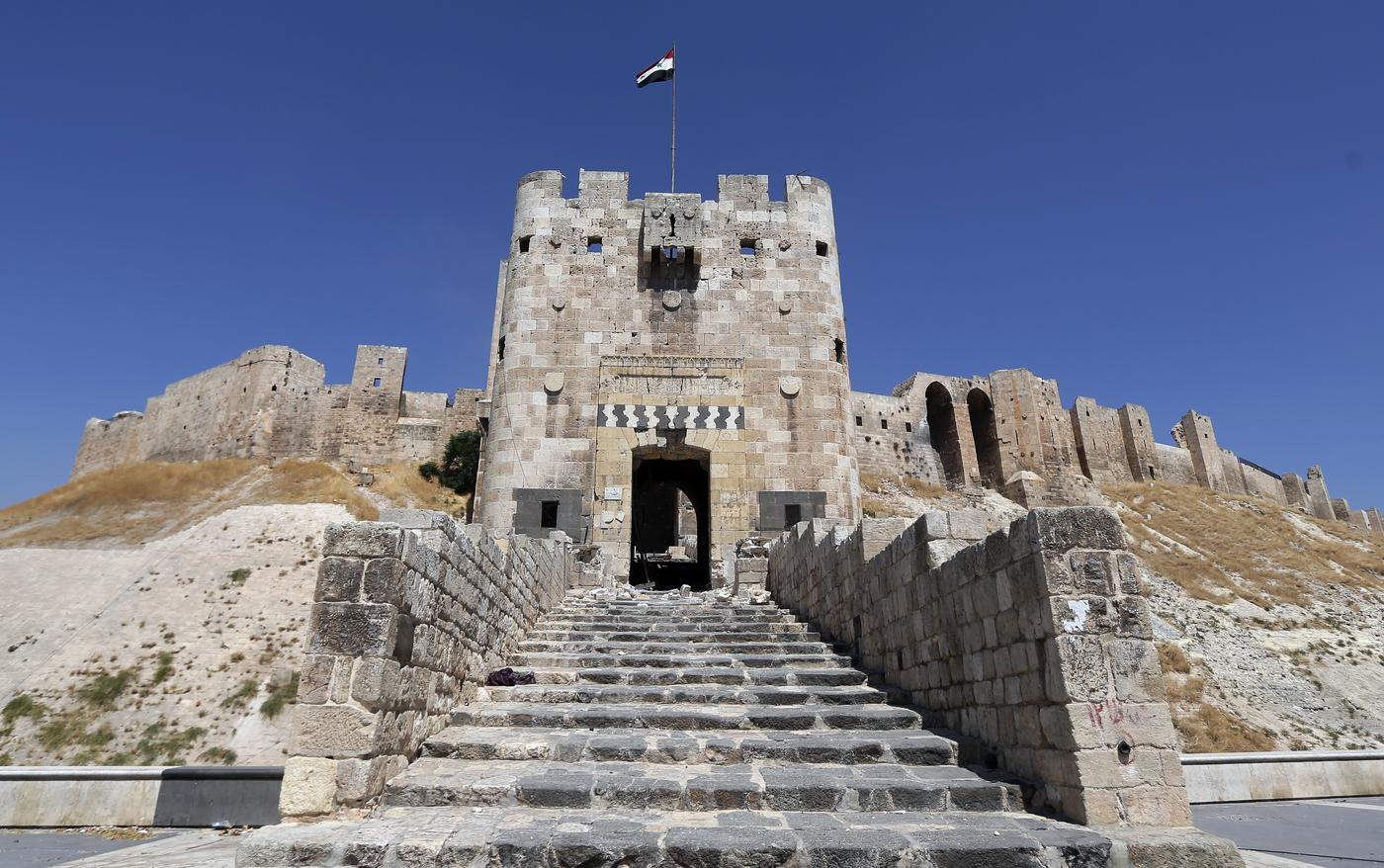 The Syrian city of Aleppo has sustained more damage in the past five years than in six millennia of shifting empires. The ancient citadel, a UNESCO heritage site testament to Arab military might, bares the signs of heavy shelling.

In its souq, located along the ancient Silk Road, traders belonging to different ethnic and religious groups lent each other a helping hand during tough financial times. Muslims, Christians and Jews lived and worked side by side in what is deemed to be one of the oldest continuously inhabited cities in the world.

Now, five years into a civil war that shows no signs of abating, its population is scattered and the landmarks that were once the emblems of the city’s identity lie ravaged and abandoned.

“Refugees suffer from a double displacement. They are driven from their homes and, when they come back, they are unable to retrieve their place in the city,” says Robert Templer, director of the Centre for Conflict, Negotiation and Recovery (CCNR) at the Central European University in Budapest.

Under his leadership, a newly launched online platform is encouraging Aleppians to think beyond war and envision their new relationship with the city.

The Aleppo Project is an open collaboration between academics and the general public, united in the intent of collecting the past, present and future of the city. Information gathering tools are, to their fullest extent, participatory. Users can contribute by mapping their quarter and pinning pictures, giving their feedback on research papers, writing a blog post or taking a survey on the reconstruction of Aleppo. The twofold objective is preserving historical knowledge of the city and creating a concerted plan of what the city should be and look like in the post-war future.

“Recovery is much quicker when citizens start thinking about it ahead of time, even when conflict is still going on,” says Templer, who shuns the idea that little preparation might lead Aleppo to face the same destiny as other cities in the region.

In Beirut, 15 years of civil war were followed by the reckless reconstruction at the hands of a private venture – Solidere – which demolished the few remainders of the old city and transformed its historical souqs into a futuristic-looking ghost town.

The desired outcome of the project is a comprehensive database that can be used by those in charge of reconstruction as a reference for post-war urban planning. While there is no guarantee that its guidelines will be followed, the process itself aims to raise awareness on reconstruction.

“Because of the autocratic system they lived in, Syrians were not used to being asked their opinion,” says Templer. “We hope that those who take part in the project will be more aware of the issue of reconstruction and more prone to voice their demands when the time comes.”

The pillars of reconstruction

“Although I am able to imagine Aleppo since its rise thousands of years ago, my mind is rendered unable to imagine the future shape of this city,” says Alaa al-Sayed, a prominent lawyer and civil society actor still living in the government-held part of Aleppo. Following the destruction of many of the city’s libraries during the war, he made it his life mission to collect and turn into digital files what is left of the documents, pictures and rare books once stored there.

“Aleppians feel great love for their neighbourhoods. Their narrow alleyways have a special magic that only those who have walked in them can understand,” he says. Imagining how his city will be transformed in twenty years spurs great fears amidst the hope. The successful reconstruction of post-WWII European cities in accordance with their historical identity is for him a reassuring example, but he dreads to think that Aleppo might fall victim to the wave of modernisation that hit other Middle Eastern cities.

“I believe there should be internationally accepted criteria for reconstruction, so that it is not left in the hands of companies who put profit before heritage,” says Sayed. “Aleppians should be the ones in charge of this process, as they are the ones who created the city in the first place. This would also create job opportunities for the local youth.”

Reconstruction, however, is more than the shape of its buildings. Al-Hakam Shaar, one of the Aleppian researchers involved in the project at the CCNR, describes it as the way in which “people interact with space and the atmosphere created while doing so.”

Shaar was born in one of the western suburbs, among “Soviet-looking” buildings. When his family moved to the Old City they renovated an old historical building and he came to understand that some homes carry more history than others.

His main concern is the old souq, the place most Aleppians identify with. “It is not just about the buildings, but the things that people did there, sold there, its smell,” he says. “The city would have changed even without the war in the span of five years, so we cannot expect it to be exactly the same. What we want, though, is for it to give off the same feeling.”

The future shape of Aleppo

The Aleppo Project is currently conducting surveys within Syria and among the refugee population in Turkey and Lebanon to get the pulse of the citizens’ wishes for reconstruction. The first results trace a map of those places emblematic to the Aleppian identity that its citizens want to see reconstructed and, on the other hand, those representing a painful historical era that its people want to see erased.

“What emerged is the adamant opposition to the reconstruction of some buildings. Aleppians know what they don’t want, before knowing what they want,” says Shaar, giving as an example the General Security Directorate and other intelligence headquarters that have close ties with the Assad government.

Outside the Old City, the places that have a stronger significance are those which people have used to reunite. The Saadallah al-Jabiri square, named after a Syrian patriotic leader, was the theatre of festivals and public gatherings and could be considered the face of Aleppo outside the Old City. The adjacent 17-hectare public park was also a meeting point for Aleppo’s diverse population.

A high number of respondents also mentioned the University of Aleppo, a space where students embodying different lifestyles came together and exchanged ideas.

“Rebuilding spaces that brought all sorts of people together is of enormous importance in healing a broken community,” says CCNR’s Robert Templer.  “It is also important to rebuild them so that they are genuinely open and democratic spaces, avoiding what happened in Beirut.”

As reconstruction is a means to rebuild broken communities, it must be geographically evenly distributed in order not to create further tensions among the inhabitants. In Aleppo, the division between the eastern part of the city – underdeveloped and neglected before the war – and the western one has now become a hard geographical division by means of improvised barricades. According to Templer, reconnecting these two sides is going to be one of the most important goals of reconstruction.

While much work will be necessary to bring the city back to its former splendour, Syrians who have now been out of their city for years will have basic needs that must be met in order for them to move back to the city. If security, healthcare and education were available, many displaced Aleppians say they would not think twice before going back.

“The moment the fighting - or even only the bombings - stop, I'll be in our neighbourhood in Aleppo the following day,” says Shareef Aktaa, one of the survey respondents who now lives in Turkey. His neighbourhood, Qadi Askar, is still being targeted by daily air strikes.

“I hope our neighbourhoods will return to the way they were,” says Aktaa. “I hope to be able to walk again around the Citadel’s old alleyways, to go out for walks around the city, near the Grand Umayyad Mosque, and to shop in the souqs. It was the most beautiful city in the world."