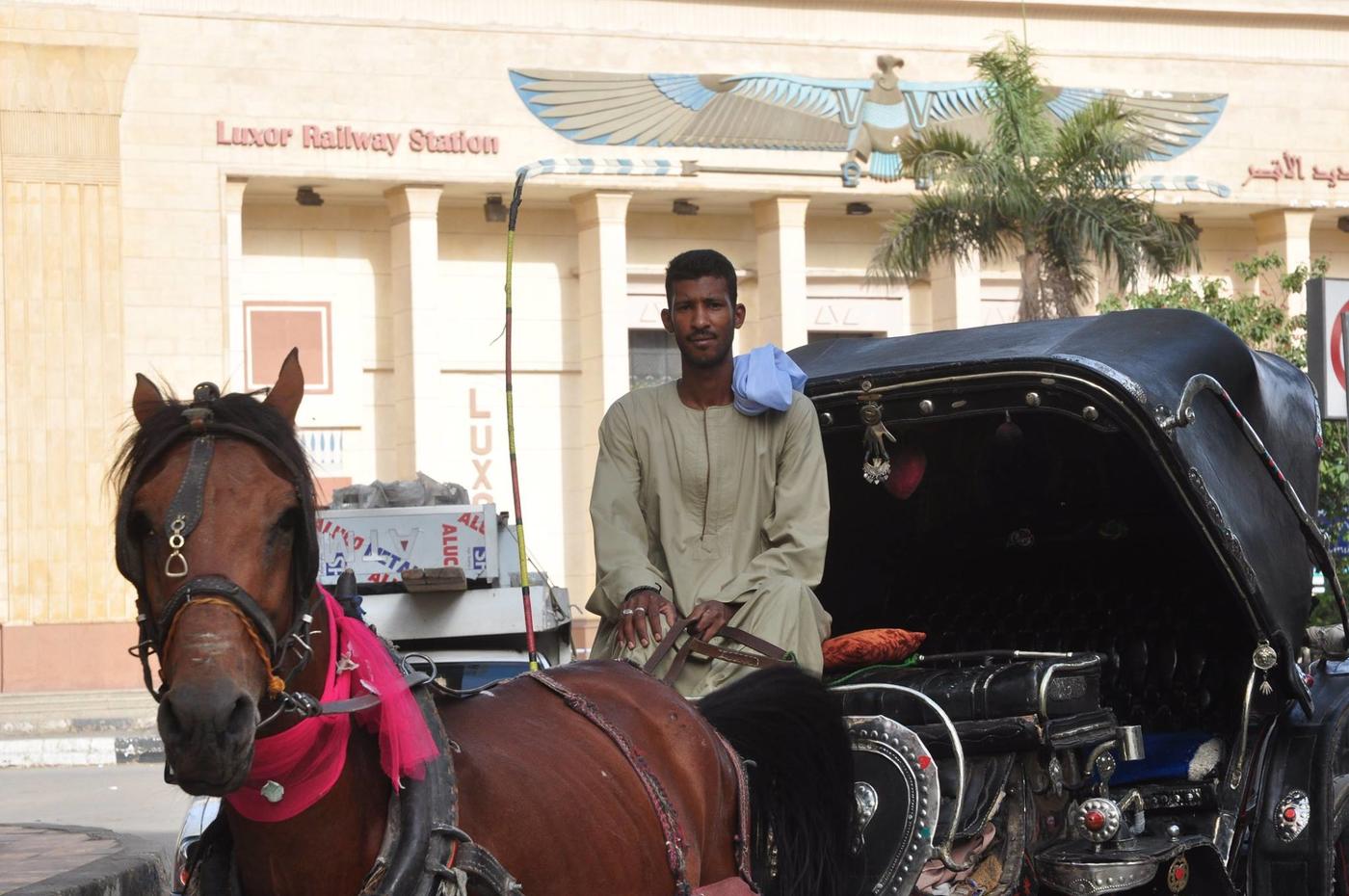 LUXOR, Egypt - The main cobblestone street stretching between Luxor’s train station and the Temple of Luxor, a massive complex of ancient Egyptian columns, walkways and statues abutting the Nile, is empty in the midday sun. Shopkeepers sprawl on plastic chairs in front of their shops piled to the rafters with carpets and pottery. Young men stand idle on the walkway beside the Nile, hoping to attract a customer for a ride on a felucca, a triangle-sailed boat used to cruise the waterways of Egypt.

Mohamed Abdelhadi, 27, leans back on the seat of his horse-drawn carriage parked in Luxor’s main street, his sandals up on the footboard. Wearing a long, light robe called a galabiyya, he smokes one of the handful of cigarettes he can dig up the money to buy each day. Abdelhadi is waiting for a few tourists to pass by who might pay him for a ride on his carriage. “On the TV, they say that tourism, is coming back,” Abdelhadi says soberly. “But what I see right in front of me is that there’s nothing.”

Luxor, a city along the Nile in southern Egypt some 650 kilometers south of the capital Cairo, has long depended on tourism to hold together its local economy. While the lush fields around the Nile support vibrant agriculture, most locals hoping to make a decent living outside of agriculture or the nearby sugarcane factories look to tourism. But with the revolution of 2011 and the ensuing unrest in Egypt and throughout the region, locals say tourism has plummeted, and so have their livelihoods.

“In 2009, there was business. I picked people up, dropped them off. The whole area was moving. Since the moment the revolution broke out, tourism dropped off,” said Abdelhadi, speaking on the scarcity of clients for his horse carriage, which he has been driving for tourists since he was a teenager.

In the bedroom of his brother, Ahmed Ali, 30, in their family’s home in Luxor’s Karnak al-Qadima neighbourhood, Abdelhadi discussed the rise in prices in post-revolution Egypt that has compounded difficulties in getting by.

“Everything’s gotten more expensive,” Abdelhadi said. “For example, [prior to the revolution] I used to give 50 (Egyptian) pounds to my mother and father, and they would buy food for lunch and dinner. Now, I’d have to give them 100 pounds.”

Indeed, the past several years in Egypt have witnessed inflation and rising living costs nearly across the board. According to Trading Economics, a market research and statistics organisation, the “cost of food in Egypt increased 9.79 percent in April of 2015 over the same month in the previous year”.

Further, long-standing fuel subsidies were cut last summer by the administration of President Abdel Fattah al-Sisi, in an attempt to reel in the country’s ballooning budget deficit. The move sparked protests throughout Egypt, and has driven prices for a variety of goods and services still higher.

There are nine people in the family’s modest apartment where Abdelhadi lives. His brother, Ahmed, also a horse carriage driver, said his wife and two children, along with his parents, are on the breaking point without tourism and the work it brings.

“I’m thinking hard about how to pay for food, drink, a pack of smokes, the rent for the house.” He added: “I think of this so much so that I can’t sleep.”

Rasha Azaizy, spokeswoman for Egypt’s Ministry of Tourism, showed optimism for the future of tourism in Egypt. She said that the number of visitors to Egypt is on the increase, with a 6.88 percent rise in visitors between January and March. She also noted an 8.4 percent increase in the number of nights reserved in hotels over the same period.

The areas most negatively affected by what she casually refers to as “the events of 2011”, said Azaizy, were Cairo, Luxor and Aswan. “The tour usually begins in Cairo and ends in Aswan,” she said.

Azaizy ran through the hotel occupancy rates for 2014. With the exception of Egypt’s largest Red Sea resort towns like Sharm el-Sheikh and Hurghada, most of the numbers were well below 50 percent. Luxor’s hotel occupancy stood at an abysmal eight percent.

However, Azaizy says that the Ministry of Tourism has ambitious plans to remake Egypt as a regional hub for tourism. According to Azaizy, by August the ministry will have a dedicated advertising agency which will embark upon an “integrated campaign” to target tourists from specific countries like Russia, England, Germany and Italy. The campaign, which aims to attract 20 million tourists and $26 billion of revenue by 2020, is intended to draw tourists inland to sites like Luxor and Aswan for cultural sightseeing - tourists who might otherwise venture no further than the beaches of Red Sea resorts.

“We will focus on destinations that are suffering. We’ll remind the world that Egypt has more to it than just beaches,” Azaizy said.

Waheed Lawandy, 42, an English-speaking tour guide in Luxor, has depended on tourists for his livelihood since the 1990s. Working as a freelancer, he says that prior to the January 2011 revolution and the upheaval that has followed, work was never in short supply.

“We [tour guides] used to get phone calls from companies to go work. One day one company would call, the next day another company. We hardly had any rest.”

Working with tourists primarily from Japan, South Korea, the the United States, England, France and Germany, Lawandy says the entire local economy was stimulated. “I was bringing in lots of money. I rented carriages, cars, went to clubs and cafés. Even people not working in tourism were making money.”

Lawandy thinks that with the right efforts, the tourism economy could be rebuilt in Luxor in a matter of months. “I see the solution as reactivating tourism through social media, traditional media and the Ministry of Tourism. They need to show [tourists] that these areas are not dangerous.”

But for Abdelhadi, the idea of recovering work - and a life - in tourism is clouded by pessimism. For him, there’s not much that can be done to save Luxor. Instead, he sees emigrating as his best bet.

“I want to get out of here, to travel abroad, frankly. I would go to any country that has work,” he said while dragging on a cigarette in his brother’s bedroom.

But without a means to make the money required to travel abroad to work, Abdelhadi seems trapped in unemployment, like one in three Egyptian youth, and constantly hovering on the margins of Egyptian society. Unable to leave the country, and trying to survive off of an industry highly sensitive to security in a country that hasn’t been so unstable in decades, is waiting for a solution from above.

“How do I bring work to my area? I’m waiting for it to come. It’s up to the powerful people on top to do that.” 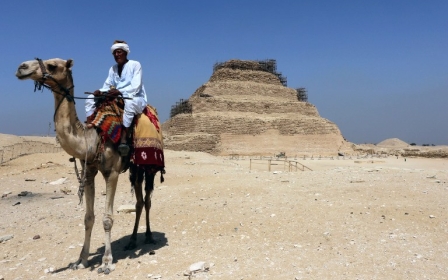 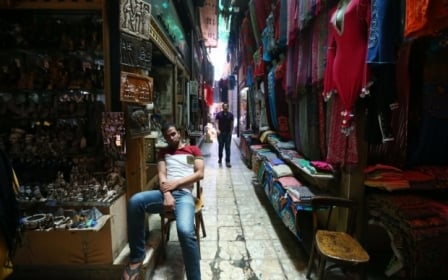 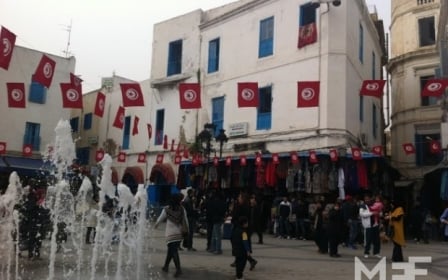