Transsexuality in Iran: A liberal law in a conservative state

Iran is a world leader in terms of the number of sex reassignments performed, but many who undergo surgery face family rejection 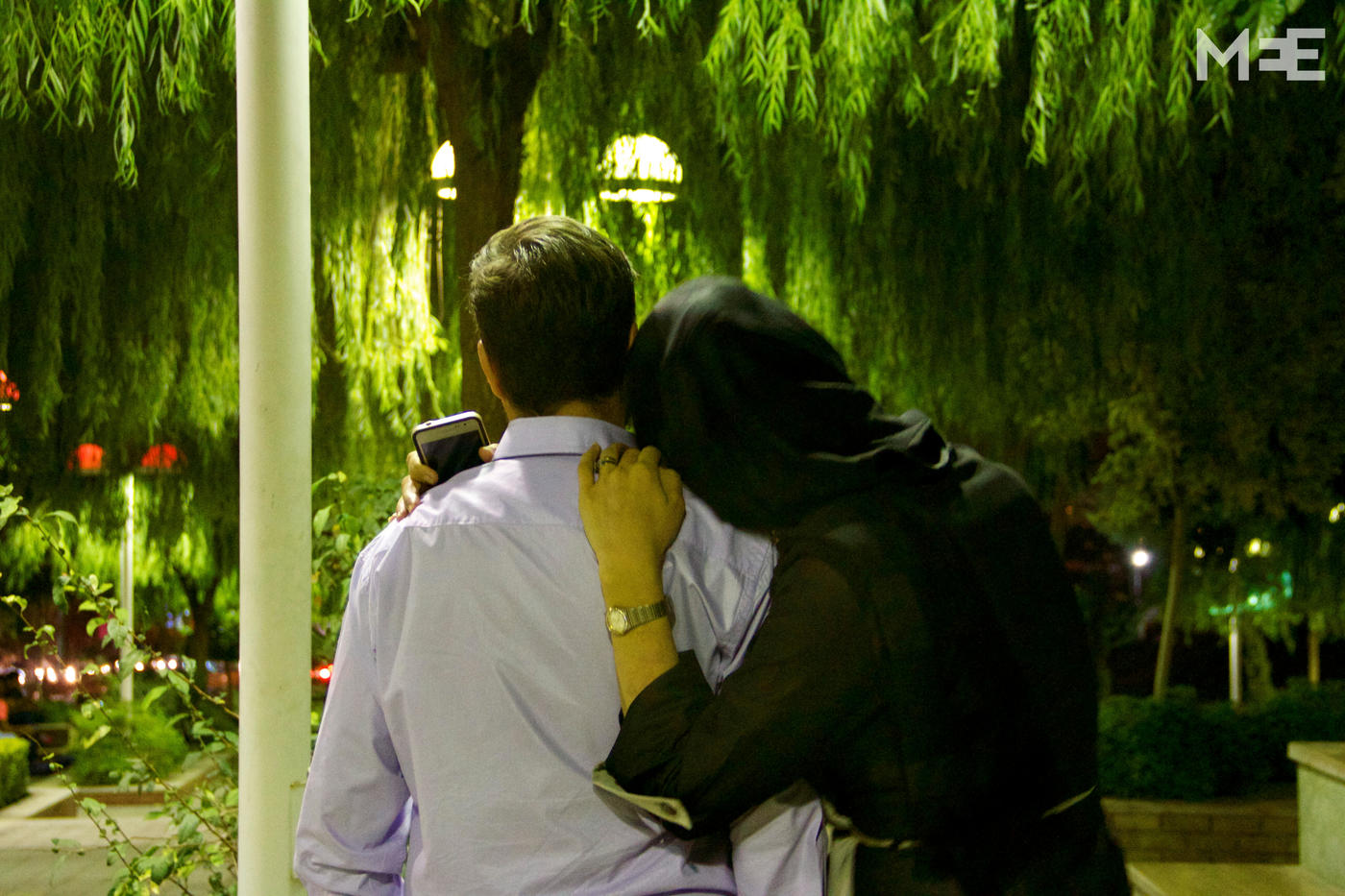 It was a small wedding by Iranian standards. Just 25 people. But for Heydar and Leila the day was very special. It was not just a marriage - it was a recognition of their relationship.

Looking at the pictures from the wedding, Leila can’t help but smile. This was the first time their families met each other and the moment when they all came to terms with the decisions taken by Heydar and Leila.

Two years ago they both had different names, and before that very different bodies. Both had been through what is officially called sex reassignment surgery (SRS).

In a deeply conservative society where homosexuals face the risk of execution, the existence of their union, which is approved by law, would be surprising to many outside Iran.

Despite the lack of official data, Iran is regarded as one of the world’s leaders in terms of the number of SRSs performed, and the government covers about half of the cost. Indeed, Iran, a Shia theocracy, has adopted a very progressive law when it comes to transsexual rights.

The law has its roots in the 1970s, when Maryam Mulkara, a transgender woman willing to undergo a surgery, started inquiring about Islam’s stance on transsexuality. After the revolution in 1979, the new government began cruel moral purification campaigns and Mulkara felt she had to stand up for transsexual rights. She met Hashemi Rafsanjani, the speaker of the parliament, who promised to bring the issue up with Ayatollah Khomeini.

The response she received was not satisfactory, however, and she decided to confront the supreme leader herself. She went to his house, and after a brief discussion, the Imam issued a fatwa stating that sex-change operations would be permissible. Since Khomeini had supreme authority in the new republic, Mulkara, along with thousands of other transgender individuals, now had the legal right to change sex.

Currently, the sex-change process begins with four to six months of psychotherapy, accompanied by hormonal and chromosomal tests. Then, a special commission reviews the case and the applicant is invited for an interview. The certificate identifying the individual as suffering from a gender identity disorder is the first step on the way to surgery; it allows the applicant to begin hormonal treatment, entitles them to state insurance and exemption from military service as well as the right to new identity documents.

A transsexual in the family

Heydar and Leila first met each other at a symposium about transsexuality. Heydar, a well-known blogger, had already fully undergone surgery. Leila was awaiting her first operation. It was Heydar who noticed her in the crowd. They exchanged phone numbers and the following day she sent him a text asking: “Do you have a girlfriend?” He didn’t.

Both were born into traditional families and knew they did not fit in. In a heavily gender-segregated society, social roles are clearly defined; schools, parents and the wider society work to prepare individuals for their future roles and the ultimate goals of social life – marriage and parenthood.

Heydar always felt different from other girls. While with the family, he wore men's clothes and refused to wear a headscarf. Initially he thought he was a lesbian, but after reading extensively he realised that lesbians are happy in their bodies, and he hated his; he therefore reasoned that he couldn’t be a lesbian. At the age of 23 he discovered that sex-change operations were allowed in Iran. He passed the filtering process and the door was open for him to begin hormonal treatment.

When he announced his decision to his family, it was met with mixed reactions. His mother was the most difficult to convince: it took long months of conversation before she agreed and Heydar began the treatment. Facial hair appeared on his face and he started getting harrassed on the streets, as people mistook him for a cross-dresser.

The operations were difficult and painful, but his family supported him. He was subsequently offered a job in another city to start a new life.

Leila grew up in a very traditional and patriarchical Azeri family. As a boy she was very feminine – and was heavily bullied at school.

She became sure of her the fact that she was a transexual when she was 13. At 17 her family took her to a psychiatrist and the diagnosis was straightforward: she was a transsexual. Her family was devastated. A year later, her brother attacked her with a knife. She decided to start the filtering process and ran away from home.

She lived on the streets and supported herself selling goods. She went through the surgery alone, with no one at her bedside. It was only after she got married that her family accepted her decision.

The couple decided not to tell Leila’s family that Heydar also underwent SRS. In Iran men are regarded as more important than women, and a person after surgery might not be seen as "fully male".

On the other hand, however, female to male transitions are still seen as more socially acceptable than male-to-female; accepting that someone does not want to be a man in a patriarchal society is difficult, but the fact that such transition brings to mind male homosexual practices, makes it even more negatively loaded.

Although SRS has been legal and widely practised in Iran for 30 years, wider society is not familiar with transsexuality. According to Mahtaa – an Iranian online media voice of transgender people – many people think that transsexuality is a condition that can be "cured".

Mohammad, a representative of Mahtaa, points out that “some people think that transsexuals are hermaphrodites who have both sexes, and they think that surgery is to fix the body. They don’t realise that the body is OK, but the mind is not.”

There is also a lack of agreement between Shia scholars, as many of them argue against SRS, unless the reproductive organs don't appear to be clearly either male or female. Moreover, there are a number of psychiatrists that believe transsexuality can be "cured" with medication, electric shocks or with Islamo-therapy - a spiritual and religious-based therapy which aims at dissuasion.

Similarly, as explained by Professor Afsaneh Najmabadi in her book Professing Selves: Transsexuality and Same Sex Desire in Contemporary Iran, transsexuality is often misunderstood by transsexuals themselves: they “often talk about the intense fear they experienced when they thought they were homosexual and there was no way they could tell their families.”

Because of such negative connotations, transsexuals are often misunderstood and stigmatised. Mahtaa maintain that abuse, especially verbal, is very common. Transsexual organisations have worked hard to receive the social recognition granted by law, and have therefore officially distanced themselves from any association with homosexuality. What is seen in the West as a traditional alliance of all LGBTQ people is virtually nonexistent in conservative Iran.

Understandably, gay people live secret lives, yet many of them go through the filtering process to get transsexual certification in order to satisfy their parents or to have official documentation to show to the police. Getting certification is not difficult, since the questions are often repeated and the expected answers are heavily based on the existing gender stereotypes. However, as explained by Mohammed, getting certification for gay people rarely leads to surgery.

The problems of transsexual people, however, are not just limited to social stigma surrounding SRS. The surgery itself is often the most difficult part of the treatment, as there is no support granted during and after the surgery. In case the operation goes wrong, there is nobody to complain to. "Nobody can hear us," says Heydar. "There should be some after-surgery support, also psychological."

According to Mahtaa, the quality of surgeons in public hospitals is very low and the sexual functions after such operations often do not meet people’s expectations. In such situations family support is crucial; and in cases of people getting rejected by their families, the process can be extremely painful. Many transsexuals they often end up working as prostitutes.

Given the fact that in Iran functioning sexual organs are seen as crucial for a marriage to be sustainable and the marriage itself is a prerequisite for life to be "full", transsexual people often face additional difficulties. Even if they get married, the fact that they cannot bear children makes such families look somehow inauthentic.

Not so black and white

Heydar and Leila are happily married. They have recently visited an orphanage in their area and look forward to being able to adopt a child. One week after we met, Leila started her degree in social work. Today their dreams are simple, and they don’t feel different from other couples.

Their friend Nima had his operation three months ago. When MEE asked him about the most difficult part of the process, he mentions his break-up with a woman he was with before the surgery. Now, this is something he regrets most. The woman is married, but she visited him in the hospital with her husband, who was aware of their relationship and showed a lot of understanding and support. A rather surprising gesture in a conservative society.

According to Mahtaa, the knowledge of the community is improving and, although there is still a long way to go, the situation is better than 10 years ago. Despite apparent problems, many transexual people live good lives after the surgery. “I am one year old and I now know the taste of freedom. I’m free from my prison,” Leila said. 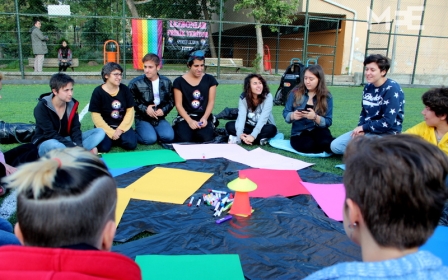 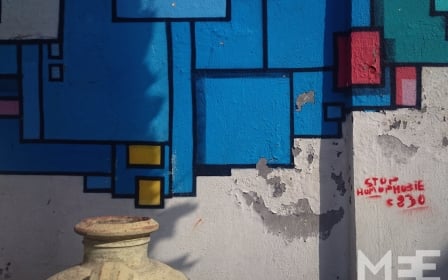 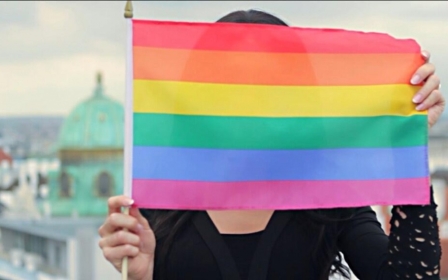