From Tunisian palm to Ramadan plate: A date’s journey

A Tunisian village became one of the first in the world to produce fair trade dates, popular with those breaking their fast in Ramadan 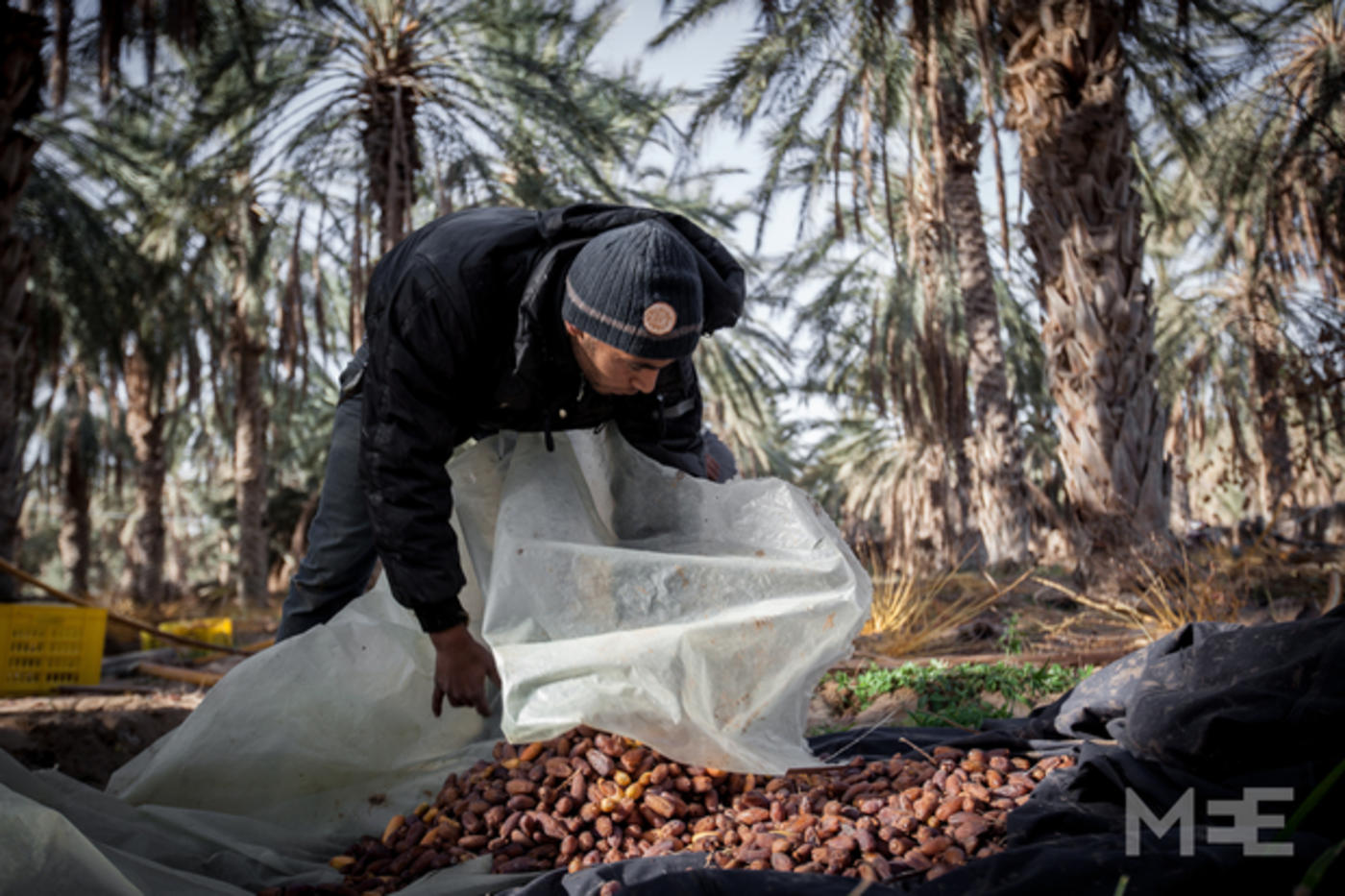 If you live in Europe, it is very likely that the dates you buy for Ramadan come from Tunisia, the world's largest exporter in terms of value.

Yet in the southern part of the country, 40,000 hectares of palm grove are under threat. Climate change and over-exploitation of groundwater has put the water resources of this arid region at risk. The use of chemical fertilisers has also been polluting the soil.

As a consequence, the dates produced by the palm trees were generally fewer and of poorer quality than they once were. To address these challenges, farmers of Hazoua, a village located in the south-east of Tunisia, mobilised and formed a cooperative. Together they have developed innovative cultivating and irrigation techniques that are respectful of the environment.

In 1963, a borehole was drilled in Hazoua to turn part of the village into a 1000-hectare oasis. While a quarter of the population lives below the poverty line, dates are the main source of income for many of the 4,700 inhabitants. “In Hazoua, there is nothing but dates,” a young agricultural engineer told MEE.

The most widely produced variety in Hazoua, as well as in all of North Africa, is the Deglet Nour date. Hanging in bunches among the fronds of the palm trees 20 metres up, these delicious dates are collected by hand between September to December by seasonal workers called “gatta”.

Once on the ground, these dates are sold to Beni Ghreb. Founded in 2002, the company became one of the first fair trade date producers in the world in 2004. “The aim was to gather the producers and to create a complete and sustainable chain, so we could export our dates to high-end markets,” explains Said Maatoug, the director of the co-operative. “Our producers can sell their dates for more than two dinars per kilo (one dollar), while some farmers in other towns are forced to sell for one dinar (0.47 dollar) or less,” adds Maatoug.

To combat the poor quality of the soil and the lack of water resources, farmers turned to biodynamic cultivation. Practiced in Hazoua since the early 1990s, this method uses no chemical products and focuses on the importance of the health of the soil. They also experiment with new irrigation techniques that saves up to 40 percent of water in comparison with usual methods.

In Hazoua, farmers practice the traditional “three-story” farming system: foraging crops and vegetables on the ground, such as alfalfa, onions and peppers; fruit trees such as lemon, pomegranate and fig on the second level, and palm trees above.

Each level partially shades the floor below it, creating a micro-climate that allows crops that could not otherwise be grown in this desert region to flourish. It also gives farmers the opportunity to diversify their production and to work not only during the date season, but all year long.

After two months of hard harvesting, the seasonal farm workers get their salaries. The best paid are the “climbers,” at 40 dinars a day (19 dollars), while the workers on the ground receive 20 dinars (9.5 dollars) per day. “Fair trade doesn't negatively impact me in any way. The pay is good either way," says Slim, 27, who works as a climber and has difficulty making ends meet outside of the date season. "During the rest of the year, I do a little farmwork, but it's not enough to make a living. That's why the date season is so important to me."

After the harvest, dates are taken to a warehouse, where a group of women separate ruined dates from the good ones. Able to earn up to 12 dinars (5.7 dollars) a day, these women work in a relaxed atmosphere. Aicha came to work with her six-year-old daughter who sits quietly beside her. “You see mostly old ladies here, because they have time. They don't have children or a home to take care of. I come here when I can. It's an extra income for my family,” she says.

The dates are then sorted a second time in a packing plant and calibrated, washed, and frozen for 24 hours to eliminate possible insects. The dates need to be sufficiently moist to be tasty, but not too moist in order to keep them fresh until they are sold. Beni Ghreb employs up to 440 people during the date season and supplies the livelihood for one third of Hazoua's families.

“We don't rely on quantity, but on quality. And it works. We receive six times more demands for organic dates than we can provide,” explains Noureddine Said, the company's principal engineer. Exporting 990 tons of dates last year “shows how you can produce good quality, create employment, respect the environment and the workers, and still be profitable at the same time,“ adds Said, hoping the story of Hazoua will pave the way for an alternative model of development in the region and other examples of sustainable fairtrade date production.