A ring found in Sweden with a 'for/to Allah' inscription proves that North Europeans and Arabs were in direct contact, more than 1,000 years ago 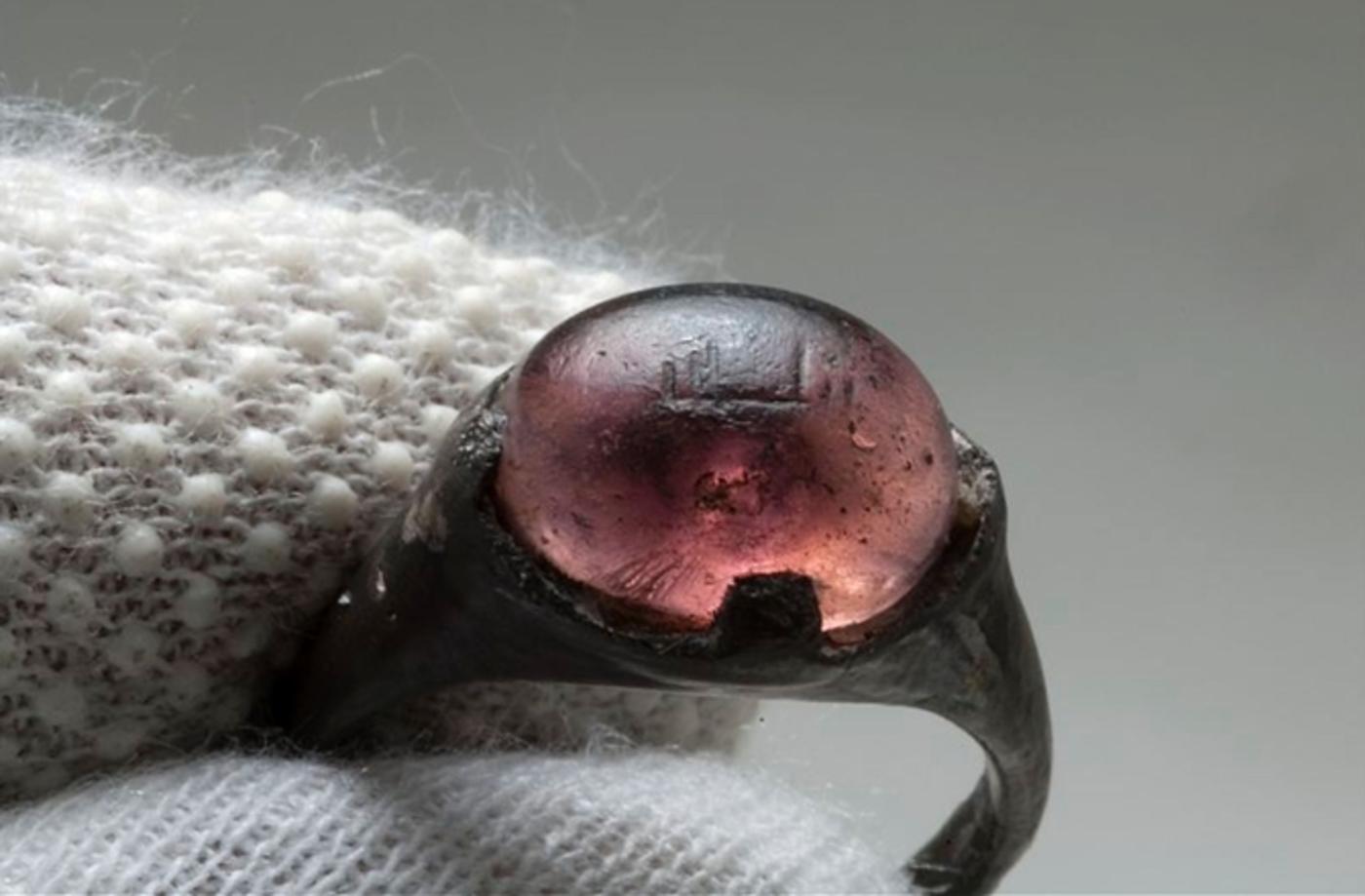 Who she was, nobody knows. She was buried almost 1200 years ago in Birka, 25 kilometres west of modern-day Stockholm. Birka, on the strategic Björkö Island, was an important trading centre during the Viking Age. Many archeological finds have been made there, among them “grave 515”. The mystery woman was found laying in a rectangular wooden coffin. Though the skeleton was completely decomposed, the clothes, jewelry, brooches and a ring indicate she was a female.

It is unknown if she was a Viking woman or if she belonged to a different ethnic group. Was she perhaps an Arab woman? It is equally unknown if she prayed to the Viking gods or if she was a (converted) Muslim. But her ring, with the inscription for/to Allah, is exciting and unique material evidence of direct contact between Viking Age Northern Europe and the Islamic world.

In fact the ring had been found at the end of the 19th century and was kept in the Swedish History Museum in Stockholm, among other finds from the Viking Age. When researchers last year used a scanning electron microscope, they discovered, as they describe in the journal Scanning, that the silver ring had a stone of coloured glass. It is the only ring found in Scandinavia with a Kufic Arabic inscription on it.

According to research by Swedish biophysicist Sebastian Wärmländer, the ring had rarely been worn, and was “likely passed from the silversmith to the woman buried at Birka with few owners in between”. For Wärmländer and his colleagues the ring suggests direct contact between Viking society and the Abbaside Caliphate that ruled over most of the Middle East at the time. The ring's owner, or someone close to her, may have visited the Caliphate or its surrounding regions.

Nelleke Ijssennagger, a specialist in medieval history at Groningen University in the Netherlands and expert on the Viking period (793-1050), confirms that the Vikings were well organised and sophisticated explorers, colonisers and tradesmen. “I imagine they were practical people. They were excellent boatmen and navigators. They travelled far and must have been open-minded concerning the customs and cultures of other peoples. Rune stone inscriptions on Viking graves mention if an important person had travelled to the West, or to the East. Their fame, good name and reputation were crucial to the Vikings and in that sense their explorations in far lands were very important to them.”

“The term 'Viking' is a bit confusing,” Ijssennagger says. “Originally those Scandinavians who went to raid and plunder were called Vikings. Pirates. The local farmers who stayed home, the craftsmen or the merchants were not called Vikings. Some of them may have been part-time Vikings: farmers who went on the rampage from time to time. Later on the term Viking came into more common usage, including by scientists, to designate all the people from the North.

“We know very little about the Viking travels to the West, to what is now England, the Netherlands and Germany. They went as far as France (Normandy), Italy and Spain. Vikings from Denmark and Norway mostly undertook these westward travels. But we have only written sources about this period from the 12th or 13th century, often written by monks or priests who painted those heathens in the darkest colours. Those accounts were obviously not very objective. Unfortunately there are no written records from the Vikings themselves.”

About the Viking travels to the East however there are detailed accounts. The “Eastern Vikings” came, like our ring woman, from what is now Sweden. They established trading centres at Kiev and Novgorod and reached the land of the Turkic Khazars and Bulghars in the Caucasian steppe and what is today Azerbaijan and northern Iran. They carried on active trade with Arabs, Persians and Greeks.

Arab chroniclers like Ibn Khurradadhbih (9th century AD ), Ibn Rustah, al-Mus’udi, al-Mukaddasi (all 10th century AD) and others wrote extensively about the Rusiyyah or Rus as they called the eastern Vikings. The most detailed eyewitness account comes from Ahmed ibn Fadlan, whose Risala has been translated into English and other European languages. In 2014 a new edition of Mission to the Volga was published[i], edited and translated by James Montgomery.

Abu Fadlan was the secretary of a delegation sent by the Abbasid caliph al-Muqtadir in 921/922 AD to the king of the Volga Bulghars. He was a faqih, an expert in Islamic jurisprudence, but also an adventurer and in his writing he had a keen eye for the human detail. His travel book reads like a journalistic account, more than 1000 years old, written with humour while trying to be objective and unprejudiced. As Tim Mackintosh-Smith, a contemporary travel book writer, puts it, Abu Fadlan “peers through the lens of Islam”.

It is in the land of the Volga Bulghars, recently converted to Islam and looking for Abbasid protection against their enemies, the Khazars, that Abu Fadlan meets the Rusiyyah. “They had come to trade and had disembarked at the Itil river,” Abu Fadlan writes. “I have never seen bodies as nearly perfect as theirs. As tall as palm trees, fair and reddish…” He describes in detail their clothes, their strange eating and drinking habits, their sexuality, their religious ceremonies and how they burn their dead.

Abu Fadlan and the other chroniclers played a significant role in Abbasid society. “The Abbasid Empire and Baghdad in particular had a culture of writing and books," says Dr Maaike van Berkel, associate professor in Medieval History at Amsterdam University. Van Berkel who specialises in the Abbasids’ Empire, recalls that paper was introduced in Baghdad from China in the 8th century. “The state maintained an extensive administrative system. Everything was registered and written documents were carefully archived. Taxes, laws, measurements, population censuses, all kinds of knowledge and science: everything was documented in writing. Maybe Baghdad was the first city in human history where people could make a living by copying books. Apparently there was a market for books. There was an entire neighbourhood in Baghdad with copyists and writers.”

The Arab readers of the time must have been glued to Abu Fadlan’s account of the Rusiyyah as “the filthiest of all God’s creatures”. “They have no modesty when it comes to defecating or urinating and do not wash themselves when intercourse puts them in a state of ritual impurity. They do not even wash their hand after eating. Indeed, they are like roaming asses.” Other details the 10th century readers must have been interested in is the unfettered sexuality of the Rusiyyah. “They have intercourse with their female slaves in full view of their companions.”

The Abbasids’ economy was money driven. The caliphs minted their own dirhams, a silver coin that had been in use for centuries by the Persians. It was the silver dirham that lured the Scandinavians eastward. The Vikings used silver, sometimes coins hewn into smaller pieces or melted into jewellery, as a means of transactions. In the country of the Bulghars and elsewhere they exchanged fur, amber, swords and slaves against the much-coveted dirhams.

Dr Van Berkel points to the many dirhams and other objects from the Middle East and North Africa found in graves and other archaeological sites of Northern Europe, as “proof that intercontinental trade continued in the early Middle Ages.” The ring found in Birka is another sign of a world already more interconnected than previously thought. Is there proof that some Vikings converted to Islam? “The find of the ring does not mean the owner was a Muslim. On the other hand it’s not impossible. The Vikings interacted with the Volga Bulghars who had become Muslims and with the Arabs. It may well be that some of them converted.” 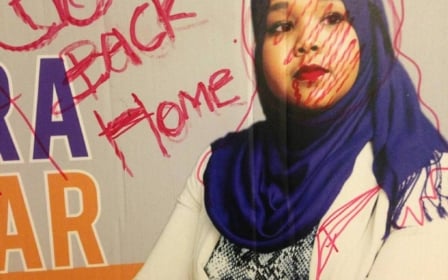 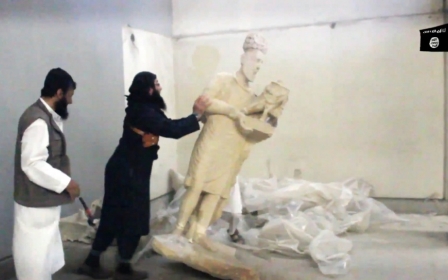