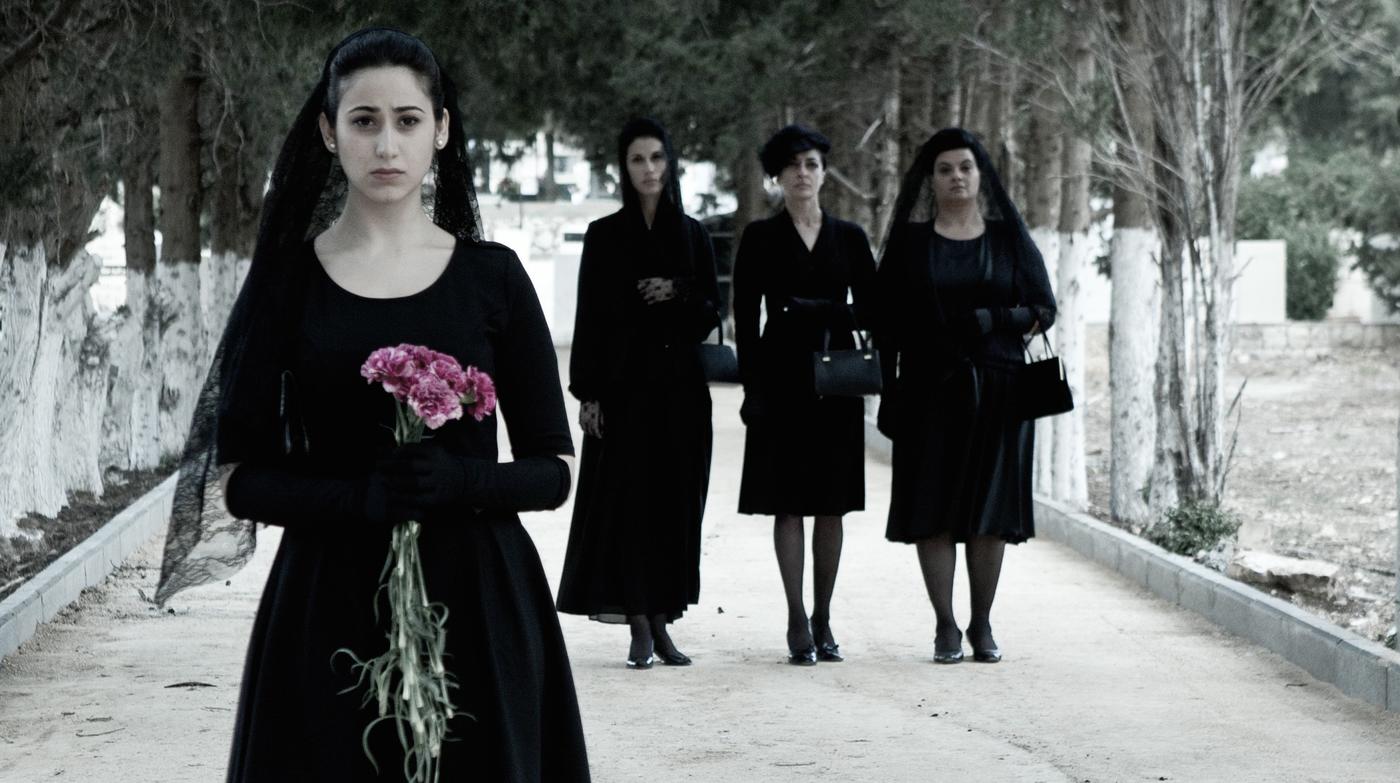 HAIFA, Israel - “The first thing I want you to know is that my story with Israel is finished,” Suha Arraf, the Palestinian filmmaker from Haifa told Middle East Eye over coffee.

Arraf is referring to the controversy over her latest film, “Villa Touma.” Though the film was financed in part with funds from the Israeli Film Fund and the majority of filming took place in Haifa, the writer-director chose to list her work as Palestinian in international film festivals.

The move prompted Israeli Economy Minister and head of the right-wing, pro-settler Jewish Home party Naftali Bennett to call her actions “unacceptable and unfair.” Israeli Minister of Culture and Sport, Limor Livnat, said that Arraf acted in a “cynical” manner.

“We are citizens [of Israel] on paper, but the paper doesn’t say anything about our identity, which comes through culture and language,” she continued.

As the main creative force behind “Villa Touma,” Arraf maintains that she has the right to define her film, which is almost entirely in Arabic, set in Ramallah, the administrative capital of the occupied West Bank, and features no Jewish-Israelis.

The controversy highlights difficulties and contradictions for the Palestinian community inside Israel.

The film follows the story of three upper-class Christian sisters in Ramallah who have shut themselves inside the titular villa in an attempt to freeze time and keep out the occupation. The walls of the villa represent the “separation barrier” Israel constructed around the West Bank, simultaneously annexing huge swaths of land and cutting off contact from the outside world.

“I decided not to show the house from the outside. It’s isolated, like all the West Bank. Every city is isolated by checkpoints,” Arraf said.

When asked if Palestinians citizens of Israel faced a similar cultural separation, a look of surprise crossed the filmmaker’s face.

“I hadn’t thought about it, but this is true. We are surrounded by the Arab world, but can hardly go anywhere because of our Israeli passports. And [in Israel] we are Palestinian, so we are not welcome. We’re somewhere in the middle of nothing.”

Maria Zreik, the actress who plays the orphaned niece of the three sisters, agreed with Arraf’s comments. “We feel like this, of course. This country doesn’t represent us,” she said in an interview. “You can feel it, especially these last couple of months since the war with Gaza. The racism and discrimination, it’s horrible.”

Zreik began acting at the age of 11. Her first major role was “Young Jawda” in the BBC series “The Promise,” which focused on the imperial British military during the years leading up to the creation of the state of Israel in 1948.

The actress is originally from Haifa, in the north of present-day Israel. A Palestinian city with centuries of history, the majority of its Arab population was forcibly removed during the “Nakba,” or catastrophe, when Jewish militias ethnically cleansed historical Palestine.

Zreik admittedly does not spend a great deal of time on the other side of the separation barrier. When asked if it was difficult to portray a West Bank Palestinian, Zreik said “No, we’re all the same in Gaza, the West Bank and here. People don’t seem to understand this.”

The issue of the film’s origin caused controversy not only in Israel, but also in Egypt. The film was set to make its debut at the Alexandria International Film Festival, but according to Zreik, the organisers stated they had not received a copy of the film for screening. “It hurts to see the Arab world deny us because of the film’s ‘Israeli’ origin. Especially when we are 100 percent sure it is Palestinian.”

The cultural blockade of Palestinian art from inside Israel has resulted in international ignorance and lack of interest. “If I do a movie about Palestinians inside Israel, no one is interested,” Arraf continued. “If I make a movie in the West Bank or Gaza, the world is much more interested.”

According to the director, international media is also complicit in this lack of awareness. “If you look at the news, you see nothing about Palestinians inside Israel,” she stated. “It’s not that we aren’t suffering like the people in the West Bank, our situation here is also very difficult.”

“If we are covered in blood, then they’ll cover us,” Arraf asserted, reflecting on the media attention garnered by the wars Israel has waged on Gaza and the numerous crackdowns on the West Bank.

There are sectors of Israeli society that support the film, especially her peers in the Israeli filmmaking industry. “104 Israeli directors and artists signed a petition supporting me,” she said. “Samuel Maoz, the director of [internationally acclaimed Israeli film] “Lebanon,” called me almost crying because he was so ashamed.”

“I also received a lot of support from Eran Kolirin, the directors of ‘The Band’s Visit.’”

Speaking about the film’s reception among the Israeli public, Arraf referenced the film’s debut in Haifa on Friday, 16 October. “For the premiere in Haifa, all the tickets have sold out. Most people are coming out to support, not to attack.”

Due to the uproar surrounding her film, Arraf chose to list the film as “stateless.”

“This is my refugee film,” she said, commenting on the identity crisis inflicted on “Villa Touma” by outside forces, mirroring the same crisis that Palestinian refugees are forced to deal with on a daily basis.

Although both she and Zreik hold Israeli passports, they are sure of their true identities.

“It doesn’t matter what my passport says, I will continue being Palestinian because this is my identity.”

Villa Touma premieres in Haifa this Friday, 16 October. In November, Maria Zreik will be traveling to New York to represent the film at the “Other Israel Film Festival.”