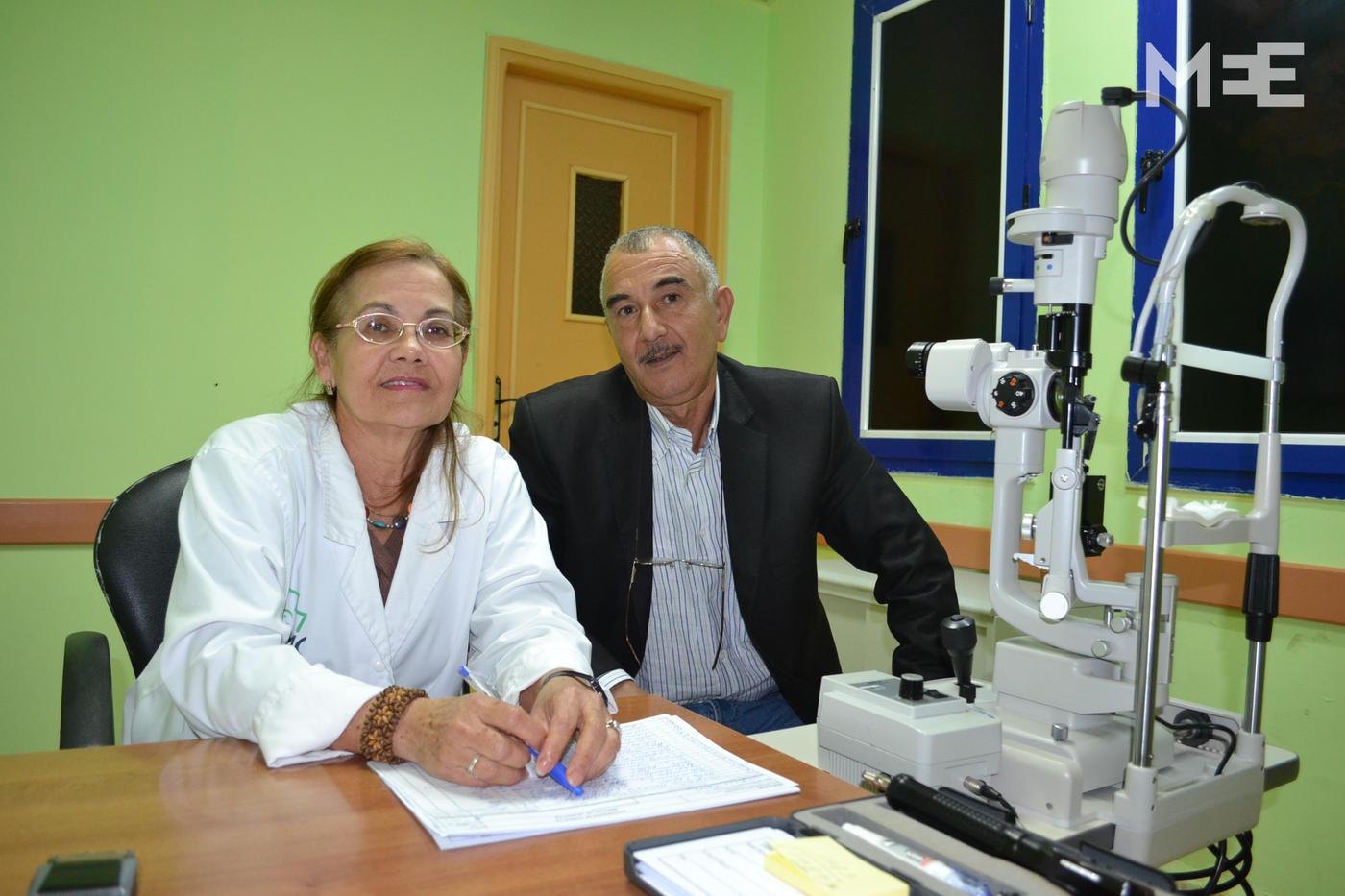 When Mercedes, a 48-year-old Cuban midwife, leaves the Algerian oasis town of Taghit next March, she will be remembered as being the woman who used an umbrella to protect herself from the bright sunshine. "The locals laugh at me, but I still can’t stand such a dry and hot climate," she told Middle East Eye with a wry smile. "The island where I come from lies in a tropical zone, with plenty of humidity. Here, during the summertime, the temperature reaches up to 45 degrees Celsius!"

"I am awed by the local inhabitants’ capacity to fast in the summer. Out of respect, during their Holy month of Ramadan I would only drink water secretly in my office. Someone eventually realised what I was doing though and told me I didn't have to eat or drink in secret. But, as a sign of respect, I still preferred to wait until my Algerian colleagues turned their backs before I would keep myself hydrated," she said.

Mercedes is part of a small Cuban community in the oasis town of Taghit, in the western Bechar province, close to the border with Morocco. They were sent by their government as part of a health cooperation agreement between the two countries that dates back to 1963, when 56 Cuban doctors arrived in the newly independent North African state as part of Cuba’s first humanitarian mission to a developing country. Today, approximately 1,000  Cuban medical practitioners, including 500 ophthalmologists, work in Algeria as a part of government-to-government schemes.

The change in environment for the Cubans is challenging in more ways than one. Families have been left behind, and cultural contrasts are considerable, lessened in part by training they receive before arriving in Algeria.

Mercedes's neighbour in Taghit, 54-year-old radiographer Umberto Cortiz, told MEE that "before committing to any medical mission, Cuban healthcare workers have training sessions to learn necessary and basic information about the host country, including the language, the culture and the standard of living".

For Mercedes, living in Algeria has meant swapping shirts with necklines for long-sleeve tunics. "Concerning Algeria, we became familiar with the restrictions on pork and alcohol, acceptable public behaviour and, for women, dress codes," she said.

The work can be unrelenting, the language gulf daunting, yet when she leaves, Mercedes will miss Taghit, where for the past three years she has lived in one of the most beautiful oases in the Sahara, about 1,200 km southwest of Algiers. The three single-storey houses of the Cuban community, with a salmon-coloured exterior, overlook Taghit’s 12 km-long palm grove and offer a breathtaking overview of the "Erg Occidental," the roadless and seemingly endless western sand sea.

"Taghit’s nickname is 'L’Enchanteresse' [the enchanter]. We are lucky, this is a lovely place and the people are very welcoming," said Mercedes.

Another neighbour, Julio Cesar, a 27-year-old biomedical technician, agreed. "Every day, there is an ambulance waiting for us to drive us to the polyclinic and take us back home. But I would rather walk to enjoy the landscape. It is a 30-minute walk along the dunes. Taghit is chebba [Algerian for beautiful]," he said.

When Mercedes arrived in Taghit in 2012 to work at the local polyclinic, she could hardly speak Arabic, but the Cuban doctors learn how to communicate with the local population by mixing up French, Darija (Algeria’s colloquial Arabic) and Spanish in the same sentence.

"We are trained to find alternatives and solutions, that’s our nature," the midwife said.

Julio, who settled down in the oasis last April, told MEE: "In the laboratory, I work with three Algerians. It helps me to learn Darija faster. In the souk [market], I even try to bargain."

Some become friends with their Algerian counterparts. "We have already been invited to weddings and to celebrate Eid al-Adha," Umberto said, referring to one of Islam's most important holidays.

"I will definitely keep in touch with my Algerian friends on Facebook when I go back to Cuba," Mercedes affirmed.

The Cuban community doesn’t travel much across Africa’s largest country. For security reasons and because of the heavy workload, the health-service workers have been told to avoid going outside a specific perimeter. According to the US State Department’s most recent Worldwide Caution, the risk of terrorist attacks in Algeria’s Sahara remains high.

"Before engaging in any travel, we must ask for permission from the local head of the mission. Like all foreigners, we are escorted by the police in any trip from city to city," Umberto said.

As a consequence, the Cubans follow a simple daily routine: they work tirelessly and spend their spare time languishing in their apartments and checking their smartphones for messages from their families in Cuba. The absence of family, including children and grandchildren, is part of the sacrifice the doctors make by working overseas. "I won’t have the chance to see Isabella growing up," said Julio, showing a picture on his phone of his three-year-old daughter.

Cubans are now the largest contingent of foreign doctors and nurses working in Algeria, according to the government in Algiers.

"What was a humanitarian mission has turned into long-standing cooperation," Slim Belgacem, a spokesperson for Algeria's Ministry of Health, told MEE. Algeria-Cuba health cooperation is a three-part project, including maternal health, ophthalmology and gynaecology programmes, he said, describing relations between Algeria and Cuba as a "win-win cooperation".

"Cuba is an old friend of Algeria. They helped us during the war of independence against France. In return, Algeria has supported Cuba while it was suffocated by the US trade embargo for more than half a century. Cuba’s international health programme is [also] still an important source of hard currency for the communist island."

The health workers involved "sign a three-year contract with one month of holidays per year. Some extend their stay. Cuba exclusively sends us healthcare workers with a great deal of expertise," Belgacem said.

Slimane Mahmoudi, an interpreter at the Bechar Eye Care Clinic in the provincial capital, told MEE: "They are among the best Cuban medical practitioners; some have more than 20 years of experience."

Cuba has become known globally as providing the lion’s share of medical relief in the aftermath of humanitarian disasters, from Ebola to earthquakes. There are, at present, more than 50,000 Cuban healthcare workers, half of them doctors, engaged in medical missions throughout 68 developing countries, according to Cuba’s embassy in Algiers.

In Algeria, the arrangement extends beyond simply bringing in doctors to bolster the country’s health system. Since 2008, the Cuban authorities have built five modern eye-care clinics, equipped with high-tech machines, in mountainous regions as well as in the Sahara. "Those hospitals are run by Algerian teams, while the medical staff mostly comes from Cuba. In those clinics, the cost of medical care is fully covered by the Algerian authorities," Belgacem said.

Why are Cuban doctors primarily sent in to Algeria’s desert areas?

"Both the High Plateau and Sahara face a significant shortage of doctors, particularly because few local health-service workers volunteer to move in to rural areas. However, an incentive programme, providing a salary increase of 80 percent and a bonus for their pension, has been implemented to persuade Algerian doctors to settle down in remote regions. The Cubans are simply taking the places that Algerian doctors don’t take," Belgacem said.

Bechar’s eye-care clinic, like Algeria’s four other Cuban hospitals, is crowded all day long. Algerians suffering from eye disorders have come from around the country to the hospital since it was opened in 2012. "More than 5,800 patients have undergone eye surgery since 2012. Most suffered from cataracts," interpreter Mahmoudi said.

Regina Perez Belancourt, a 62-year-old ophthalmologist who said some of the patients "even come from Tunisia," attested to the scale of the work the doctors face.

"Back to 2003, I was in a mission in Lesotho. But here, the mission is much more tiring. The need could not be greater," she told MEE. "I treat up to 50 patients per day. We all are overburdened with work, we don’t even have time to have lunch. At least I feel useful."

According to the Ministry of Health, a new group of Cuban doctors is expected to come to Algeria to work in anti-cancer centres in El Oued and Bechar that are still under construction. That is to say, despite the heat, Cuba's doctors are there for the long haul. 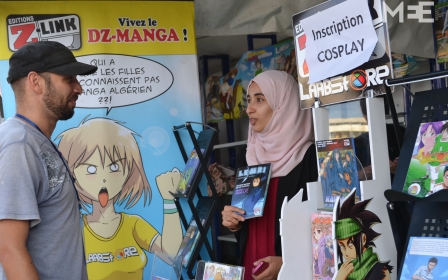