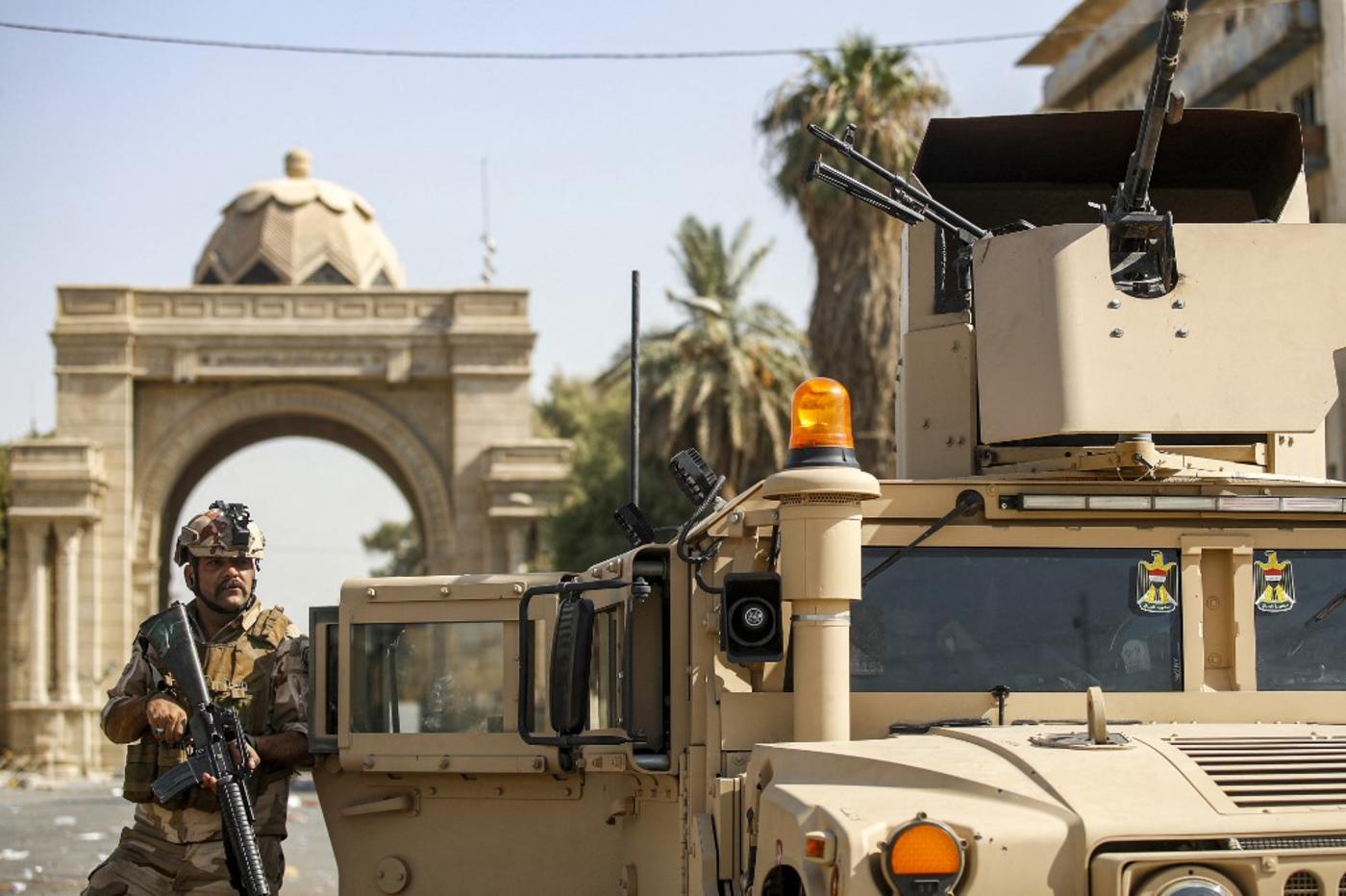 In pictures: Clean-up begins after protesters withdrawal
3 months ago

Protesters and municipality workers began clearing the Green Zone in Baghdad late on Tuesday afternoon, as supporters of rival Shia groups withdrew from the high-security area.

But following calls to end protests by Muqtada al-Sadr and his opponents, the Coordination Framework alliance of Iran-backed Shia parties, relative calm has been restored.

Middle East Eye's correspondent in Baghdad Suadad al-Salhy said quiet has returned to the streets, but people remained cautious while moving around.

Meanwhile, encampments set up by Sadrists outside parliament in the Green Zone, where they have been protesting for weeks, have been dismantled and their belongings have been carried out of the area.

The Coordination Framework has called on supporters to end their protests and leave Baghdad's Green Zone after their political rivals, the Sadrists, dispersed.

The Iranian-backed political coalition, an umbrella group of parties opposed to Muqatada al-Sadr, said they have ended their sit-in.

In a message to supporters, the framework said: "Return to your homes safely and be fully prepared to answer the nation's call."

Iran reopened its border with Iraq to travellers shortly after Muqtada al-Sadr called on his supporters to withdraw from the streets, state media reported.

Tehran had earlier closed its borders and halted flights amid the eruption of violence on Monday.

Millions of Iranians travel to the Iraqi city of Karbala every year for the ritual of Arbaeen, which marks the end of a 40-day mourning period for the grandson of Prophet Mohammad, Imam Hussein. Arbaeen falls on 16-17 September this year.

"As security and calm have been restored in Iraq, all borders are open now," state TV quoted an Iranian official as saying.

Iraq's caretaker Prime Minister Mustafa al-Kadhimi has hailed Shia cleric Muqtada al-Sadr for calling on his supporters to end their protest and leave the Green Zone.

Sadr's call to stop violence was "the epitome of patriotism and respect to the sanctity of Iraqi blood", Kadhimi said.

"His speech emplaces national and moral duty upon all to protect Iraq and stop political escalation and violence and, to immediately engage in dialogue."

His Eminence Muqtada Al-Sadr’s call to stop violence is the epitome of patriotism and respect to the sanctity of Iraqi blood.
His speech emplaces national and moral duty upon all to protect Iraq and stop political escalation and violence and, to immediately engage in dialogue.

The UN Assistance Mission for Iraq also welcomed Sadr's "moderate declaration" and reiterated its call for restraint and calm. 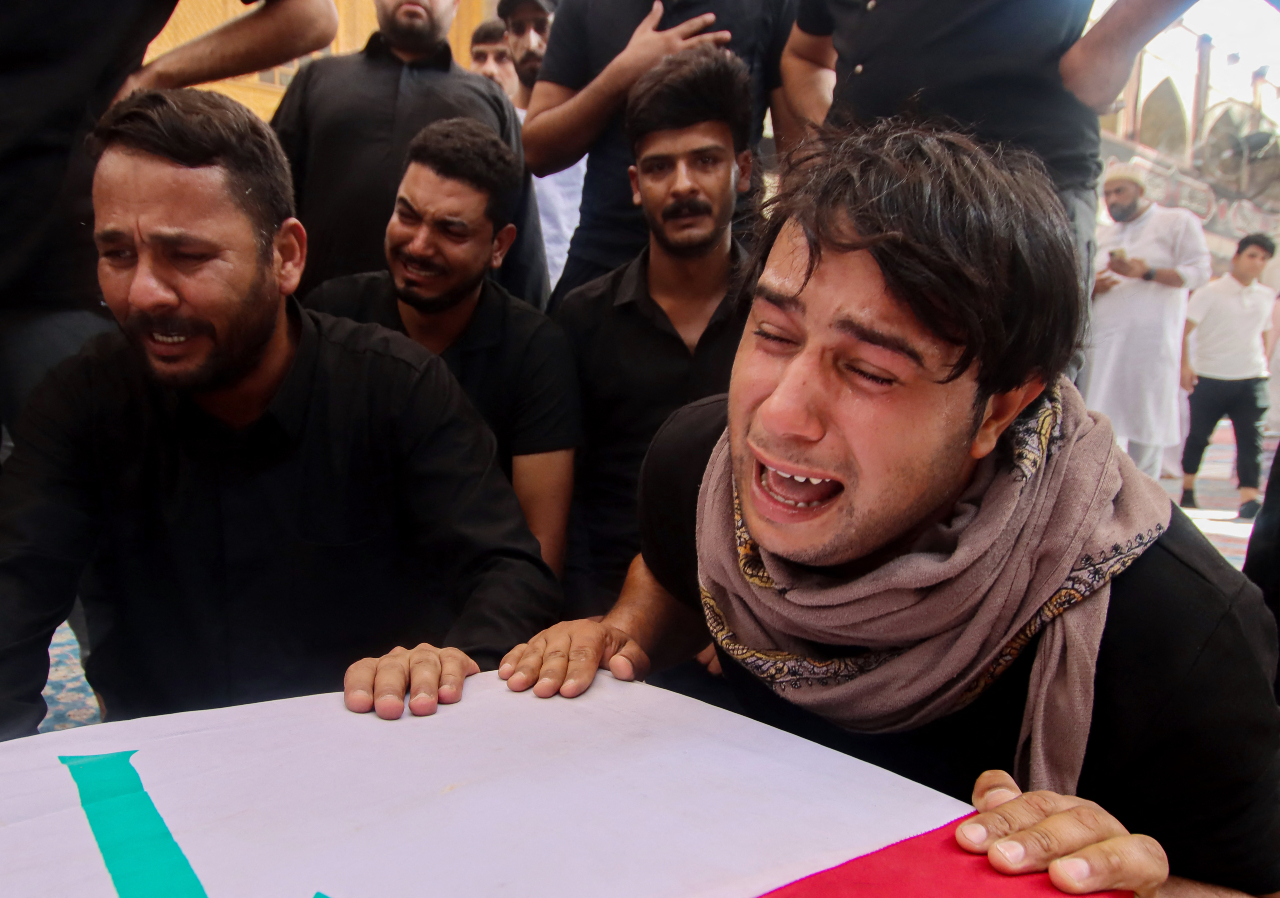 Iraqi mourners attended a mass funeral at a cemetery in the central Iraqi city of Najaf for supporters of the Shia cleric Muqtada al-Sadr who were killed during clashes in Baghdad's Green Zone.

Najaf, the site of the burial place of Prophet Muhammad's son-in-law and cousin Imam Ali, is one of the most important religious sites for Shias.

Quiet in Basra after Sadr appeal
3 months ago 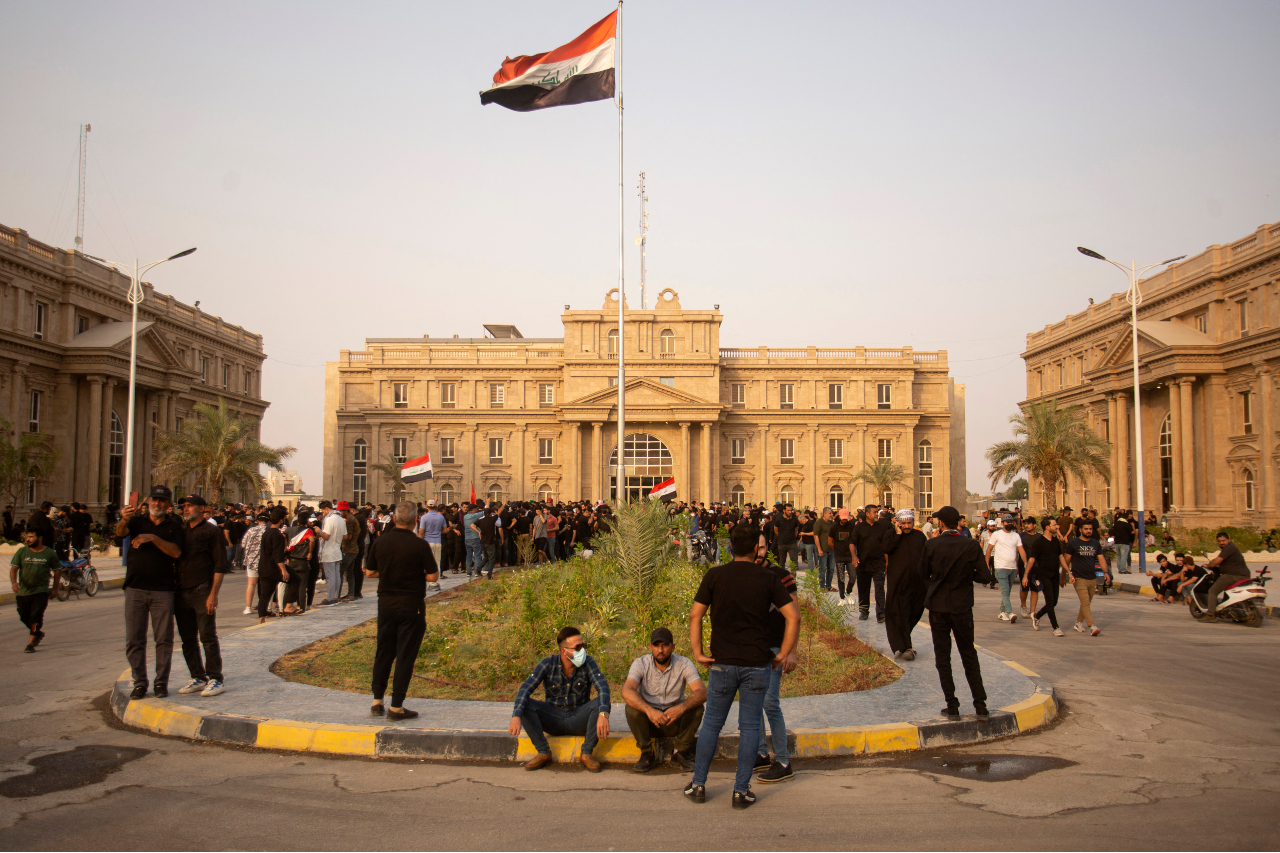 Middle East Eye's correspondent in Basra said it was calm in the city after Muqtada al-Sadr called on his followers to end their actions in Baghdad and southern Iraq and go back home.

Earlier on Tuesday, pro-Sadr followers had stormed the headquarters of Asaib Ahl al-Haq, one of the most influential Iraqi armed factions backed by Iran, in the centre of Basra, torched the building and burned the images of the late Qassem Soleimani and Abu Mahdi al-Muhandis.

On Monday night, clashes had erupted in Basra, but no casualties had been announced.

Supporters of Muqtada al-Sadr, carrying guns and driving tuk-tuk vehicles, have begun withdrawing from Baghdad's Green Zone after the influential Shia cleric called on them to end their actions.

Following the move, Iraq's Joint Operations Command said it had been decided to lift the curfew in Baghdad and other provinces.

Sadr apologises to Iraqis for violence
3 months ago

Muqtada al-Sadr has apologised to the Iraqi people after nearly two days of violent clashes.

"This is not a revolution [any more] because it has lost its peaceful character," Sadr said in a televised address.

"The spilling of Iraqi blood is forbidden," he added.

The influential Shia cleric Muqtada al-Sadr has called on his supporters to withdraw from Iraq's parliament during a news conference in Najaf.

Sadr told his supporters to withdraw within the next 60 minutes, adding that not even a sit-in or peaceful demonstration would be allowed.

At least 28 killed in Baghdad
3 months ago

Military sources within the Green Zone told Middle East Eye on Tuesday that 28 people had been killed in Baghdad and 750 injured during violence in the capital. 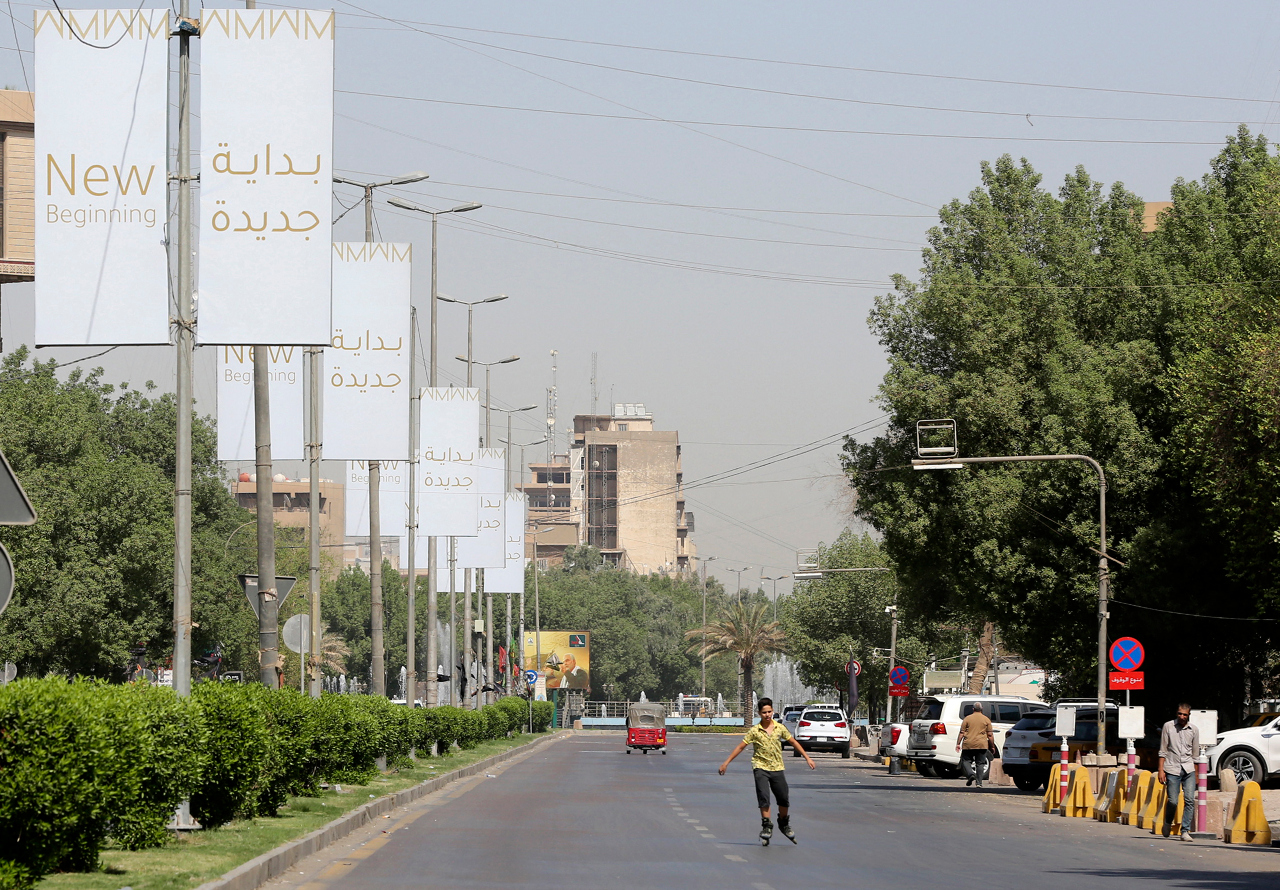 Fighting was still continuing in the Green Zone, with smoke seen billowing from the area.

Iran closes its borders with Iraq, halts flights
3 months ago

Iran has closed its borders with Iraq and urged its citizens to avoid travelling there, a senior official said on Tuesday, amid ongoing violence in Baghdad and the south of Iraq.

Millions of Iranians travel to the Iraqi city of Kerbala every year for the ritual of Arbaeen, which marks the end of a 40-day mourning period for the grandson of the Prophet Mohammad, Imam Hussein.

Arbaeen falls on 16-17 September this year.

"The border with Iraq has been closed. Due to safety concerns, it is necessary for Iranians to refrain from travelling to Iraq until further notice," state TV quoted Iran's deputy Interior Minister Majid Mirahmadi as saying.

State TV said Iran had halted all flights to Iraq "until further notice because of the ongoing unrest".

"We are trying to arrange an emergency flight to bring back Iranians from Iraq and Baghdad who are currently at the airport. We hope to evacuate them today," state TV cited a senior aviation authority as saying.

Emirates suspends flights to Baghdad over security concerns
3 months ago 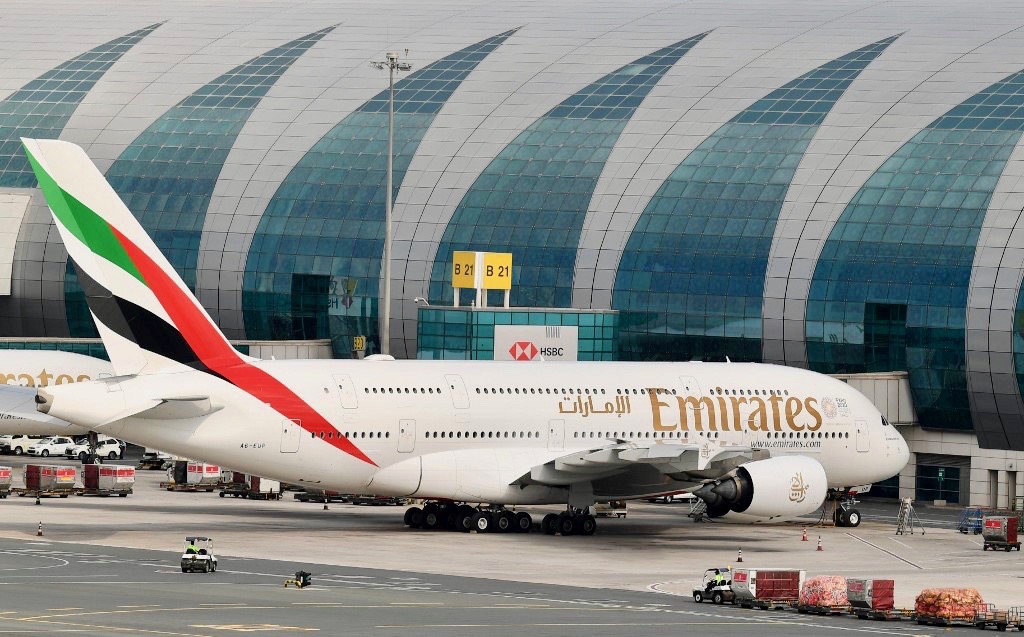 Dubai's Emirates Airline says it has suspended all flights to Baghdad on 30 August due to security concerns.

"Customers are advised that due to reports of civil unrest and curfews in Iraq Emirates flights to/from Baghdad have been cancelled on 30 August," the airline said on its website. 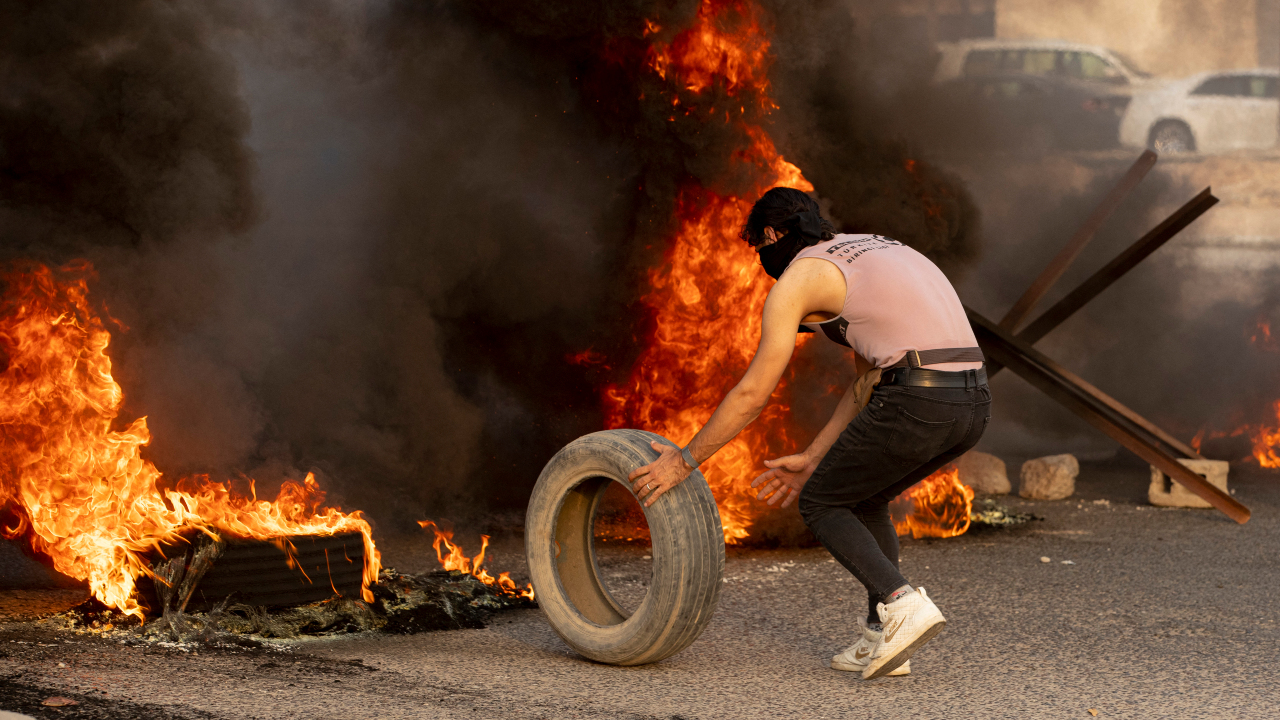 Fighting between rival Iraqi forces resumed on Tuesday in Baghdad, where at least 23 supporters of Shia leader Muqtada al-Sadr have been shot dead since Monday.

Medics told AFP that 23 people had been killed and at least 380 people injured.

Heavy clashes broke out in the Iraqi capital overnight after powerful Shia cleric Muqtada al-Sadr said he would quit politics, prompting his loyalists to storm a government palace and fight with rival groups. 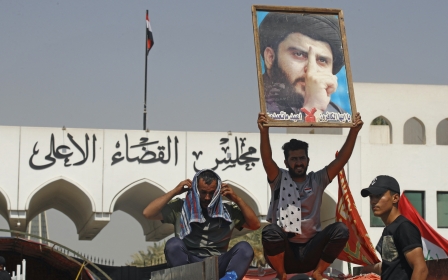