10 Arab states commit to 'share' US-led fight against IS Ten Arab states, including Saudi Arabia, agreed Thursday in Jeddah to rally behind Washington in the fight against Islamic State militants, as it vies to build an international coalition.

"The participating states agreed to do their share in the comprehensive fight" against IS, said a statement at the conclusion of a meeting between US Secretary of State John Kerry and his Arab counterparts.

In addition to Saudi Arabia, the other Arab states are Bahrain, Egypt, Iraq, Jordan, Kuwait, Lebanon, Oman, Qatar and the United Arab Emirates.

The meeting comes a day after US President Barack Obama said in a prime-time, televised address from the White House that he is ordering a "relentless" war against the militants, including air strikes in Syria and expanded operations in Iraq.

Obama - who hoped to go down in history for ending wars, not starting an open-ended escalation in the Middle East - also pledged to bolster Iraqi forces and increase military assistance to Syria's opposition.

In his Wednesday speech, Obama justified his order, saying the Islamic State was a uniquely brutal group.

"They execute captured prisoners. They kill children. They enslave, rape and force women into marriage," he said.

Such barbarity could bring only one response, Obama said.

"Our objective is clear: we will degrade, and ultimately destroy, [Islamic State] through a comprehensive and sustained counter-terrorism strategy," Obama said.

Thursday's meeting in Jeddah was held as US Secretary of State John Kerry sought to build regional support against the Islamic State, undoubtedly an effort to avoid repeating the US-led 'coalition of the willing' which invaded Iraq in 2003 without the backing of Arab and Muslim leaders. 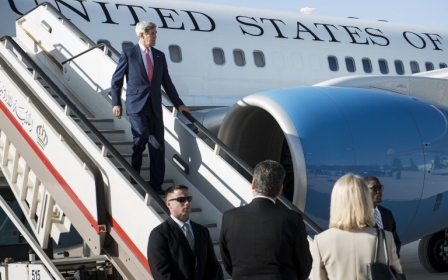