The UN says around 5,000 people have been killed and 25,000 wounded in Yemen since March At least 19 people have been killed in Saudi-led coalition air strikes and clashes between pro-government forces and rebels in Yemen's south, military sources said on Saturday.

The air strikes late on Friday targeted two rebel vehicles on a road linking the central province of Ibb to Daleh further south, they said.

Loyalist forces also clashed with Iran-backed Houthi rebels and their allies on the outskirts of Daleh's second-largest city Damt on Friday, the sources said.

Eight pro-government fighters and 11 rebels were killed in the clashes and air strikes, they added.

In Saudi Arabia, the civil defence announced late on Friday the death of a Saudi woman and her three-month-old baby in the border city of Najran when a missile fired from Yemen hit their home, the official SPA news agency said.

The Saudi-led coalition, in which the United Arab Emirates has played a key role, has been battling Shiite Houthi rebels who since last year have controlled the capital Sanaa and much of northern and central Yemen.

The UAE, which has lost 68 soldiers fighting as part of the coalition, on Saturday welcomed the first of its troops returning from Yemen, the official WAM news agency said.

They were replaced by a second group, it added, without specifying numbers.

Thousands of Emirati soldiers have reportedly been deployed in the war-ravaged country, the first time the Gulf country has sent ground forces to a conflict abroad.

Western sources this week indicated that only a limited number of UAE special forces will now remain in Yemen.

In early September, a missile strike on a coalition base in Yemen's Marib province killed 67 coalition soldiers including 52 Emiratis.

Abu Dhabi's Crown Prince Sheikh Mohamed bin Zayed al-Nahyan, vowed in a speech published on WAM Saturday that the UAE "will go ahead with liberating all of Yemen and rebuilding it".

"You are heading to Yemen to continue cleansing the country from remaining rebel groups alongside your brothers of the coalition forces," he said, addressing the new group of soldiers.

He insisted that "we attacked nobody and were not seeking war... We were forced into it after all peaceful solutions" failed to resolve the Yemen crisis.

The United Nations says that around 5,000 people have been killed and 25,000 wounded, many of them civilians, in Yemen's conflict since it escalated in March.

In Saudi Arabia, more than 70 people have been killed in border shelling and skirmishes since the coalition campaign began. Soldiers have accounted for most of the border casualties. 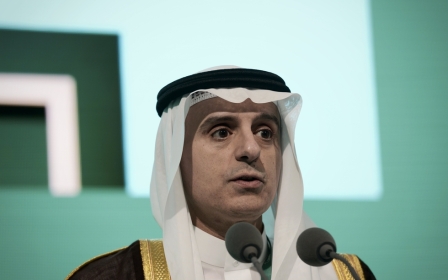 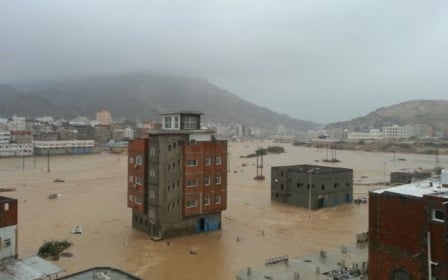