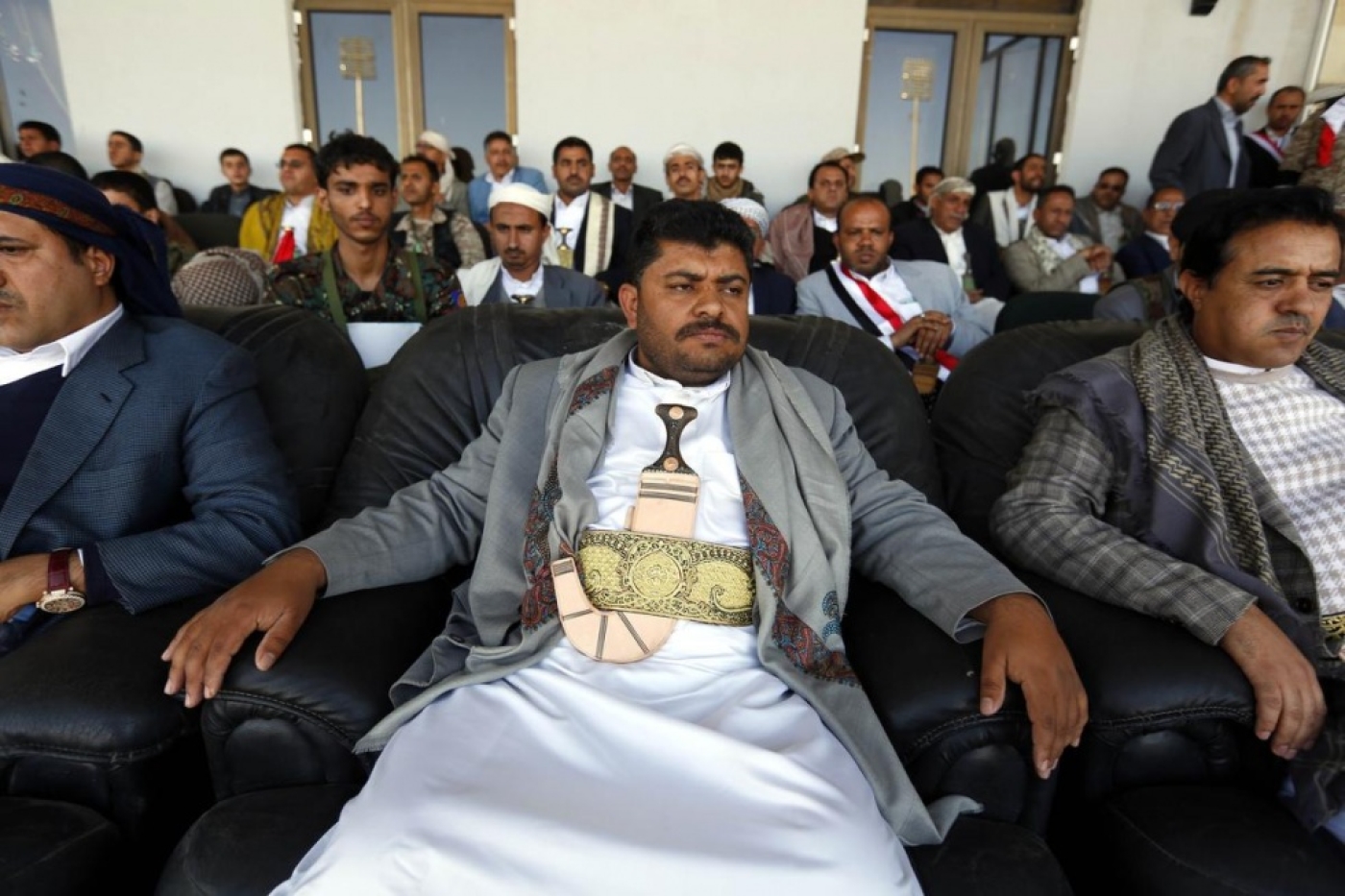 Houthi leader Mohamad Ali al-Houthi during a ceremony following the militia's dissolvent of Yemen's elected parliament in Sanaa on 7 February, 2015 (AA)
By
MEE and agencies

Clashes between Shiite Houthi militants and Sunni tribesmen in Yemen have led to 26 people being killed, while the US says it is continuing its security operations in the troubled country after the closure of its embassy there..

Fighting in the southern province of al-Bayda led to the deaths of 16 Houthi militiamen and 10 Sunnis, security officials and tribal sources told Reuters on Saturday.

The Houthi militant takeover of the capital Sanaa and subsequent dissolving of the government and elected parliament last week has plunged the country into further chaos, risking a sectarian civil war.

In Marib, Yemen's main oil and gas hub, Sunni tribes are readying to repel any Houthi attack, the governor of the province, Sultan al-Arada, said.

"There can be no doubt that defending oneself and one’s territory is a legitimate right, particularly if the attack is coming from those who do not possess any legitimacy whatsoever," Arada told Asharq Al-Awsat.

Some analysts fear the Houthi toppling of elected institutions in Yemen could lead to a full-blown civil war.

"The Houthis, a minority faction, has hijacked the political process and imposed its will on the majority of Yemenis by the use of force," Abdel Aziz Aluwaisheg wrote in Arab Times. "The rest of Yemen does not share Houthi views or religious orientation. Attempts by Houthis to conquer them by force will only lead to more bloodshed and possible fragmentation."

Meanwhile, the US will continue its security operations in Yemen despite closing its embassy earlier this week, the Pentagon confirmed Friday.

Western nations, including the US, France, Britain, Italy, Germany and the Netherlands shut their embassies in the Yemeni capital amid ongoing strife that has led to the ouster of the central government.

The Huthis said Western powers had no reason to shut their embassies, insisting that security was solid in the capital.

Saudi Arabia and the UAE have also suspended operations at their embassies in Yemen and evacuated staff over security concerns.

"Let me be clear: Yemen is collapsing before our eyes. We cannot stand by and watch," Ban told the UN Security Council in New York. "First and foremost, our focus must be on helping the Yemeni people to re-establish a legitimate government authority as soon as possible," he said.

The UN chief said there were increasing secessionist tendencies in the country's south, as well as an acute humanitarian crisis.

He also warned of the increasing hostilities between al-Qaeda in the Arabian Peninsula (AQAP) and the Houthi militia in various provinces south of Sanaa. The Shiite militia takeover has led many Sunni Yemenis to turn to AQAP for help.

Yemen's Shiite Houthi militants, dissolving the parliament last week, said they would establish a "transitional council" and a government of technocrats to run the country for two years.

The militants last month placed Yemeni president Abed Rabbo Mansour Hadi and his cabinet under house arrest. They resigned shortly thereafter.
Yemen has been dogged by turmoil since pro-democracy protests forced autocratic president Ali Abdullah Saleh to step down in 2012 after 33 years in power.