29 Iranian soldiers killed in Iraq in a month: Reports

Iraqi parliamentarian, who says foreign troops have no permission to be in Iraq, says presence of Iranian troops in Iraq is 'no longer hidden' 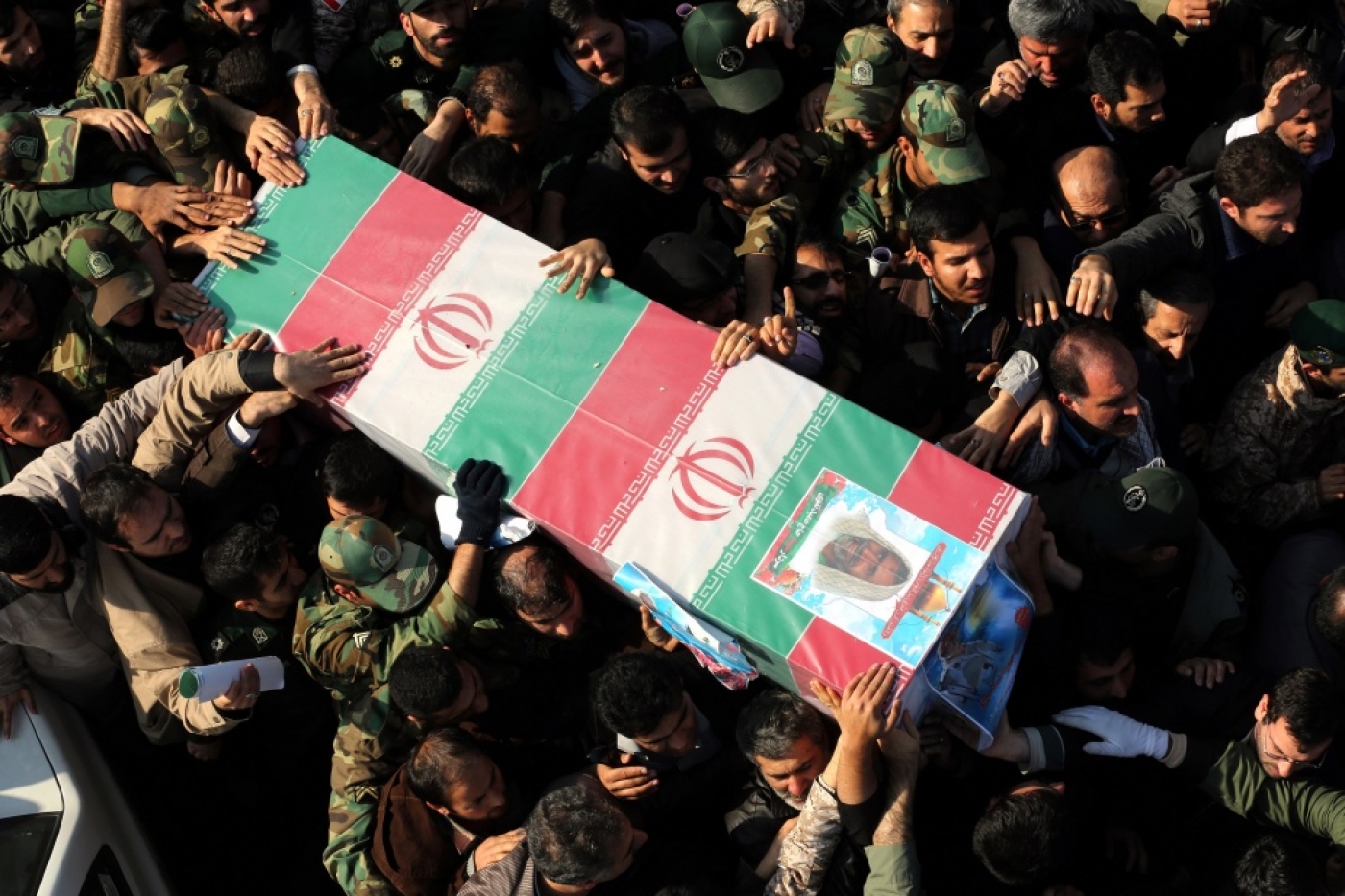 Iranians carry the coffin of Hamid Taghavi, a commander killed in the Iraqi city of Samarra in December 2014 (AFP)
By
MEE and agencies

Shakhuan Abdullah, a member of Iraq's parliamentary defence committee, told the Anadolu Agency that the existence of Iranian soldiers in Iraq is no longer hidden.

“Iranian soldiers are found in areas of conflicts with Islamic State in Iraq,” Abdullah said.

“The existence of Iranian soldiers in Iraq is a sensitive issue, and is illegal due to the lack of Iraqi parliamentary permission,” Abdullah said.

The actual number of Iranian soldiers killed is widely expected to be higher than that legally declared.

However, another parliamentarian denied the report, disputing the existence of any Iranian troops on the ground in Iraq.

Habib al-Tarafi is a member of the national coalition, an alliance that makes up the largest bloc in Iraq’s ruling coalition and from which Prime Minister Haidar al-Abadi also hails.

“There are no Iranian soldiers in Iraq and all the news published about their existence is untrue,” Tarafi said.

Tarifi insisted that there are Shiite volunteers from Iran, Pakistan and Afghanistan who came to fight Islamic State after a request from the Shiite Marja’ – a high-ranking Shiite authority.

Apart from these volunteer fighters, he said, there are no Iranian soldiers in Iraq.

A photo circulated by Iraqi news sites claimed to show Suleimani standing with an Iraqi soldier after an operation that broke the IS siege on Amirli, a town in northern Iraq’s Salahuddin province.

In December, an Iraqi MP told the United Nations that Suleimani had purchased a house in the Green Zone, the highly-fortified international zone in Iraqi capital Baghdad.

Iran was the first country to declare its support for Iraq in its fight against ISIL.

In a speech on 20 December 2014, Iranian Defence Minister Hossein Dehghan admitted to the existence of Iranian military personnel, including Suleimani, inside Iraq. He added that the general is advising the Iraqi army.