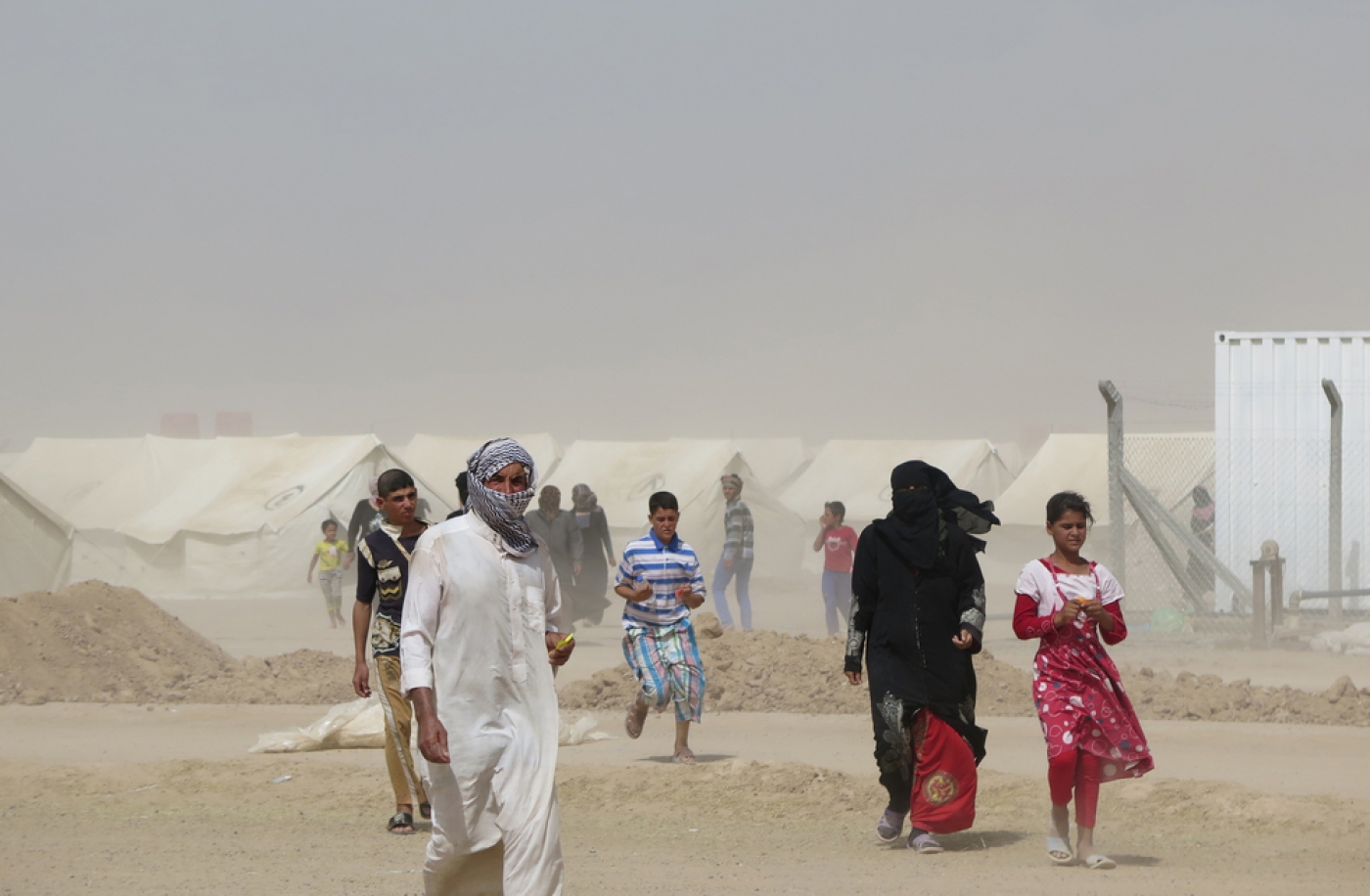 Displaced Iraqi families, who fled their homes in and around Fallujah due to fighting, at a camp run by the Norwegian Refugee Council (NRC) in the town of Amriyat al-Fallujah (AFP)
By
Alex MacDonald

More than 300 Sunni civilians from the Iraqi city of Fallujah have been executed by Shia militias, according to local activist sources.

Oubaida al-Dulaimi, a media activist from Saqlawiya - a suburb north of Fallujah - told ARA News that the paramilitary Popular Mobilisation Units (PMUs) had been killing civilians fleeing from the besieged city of Fallujah, which is currently controlled by IS.

“Dead bodies of at least 300 civilians were found in the Al-Nourain school yard in the village,” he said. “All the victims were from the al-Saqlawiya tribe.”

Raafat al-Zarari, head of the Ninevah Media Centre, also told ARA News that civilians were being killed under the pretext of supporting IS.

“Most of them were arrested by the pro-government Shia militiamen for being Sunni Muslims, and shot dead under the pretext that they were pro-ISIS,” he said.

Numerous accounts have also been released of PMUs torturing civilians fleeing from Fallujah.

According to Sheikh Raja al-Issawi, a member of the Anbar Provincial Council, four people died and others were in critical condition after Shia militia fighters detained Sunni civilians in Saqlawiya.

Sheikh Issawi said that 605 people detained during the fighting had on Sunday been taken to the al-Mazraa army base, east of Fallujah.

A video alleging to feature released detainees showed a number of men receiving treatment for injuries to their heads and upper bodies.

"They intended to kill us. They accused us of being Daesh. I have nothing to do with Daesh," one of the men in the video said, referring to an alternative name for IS.

"I swear to God they beat me with a shovel and a baton on my head,” said another. “They threatened to kill anyone who asked for water."

Another one claimed the militias made them “piss into bottles and drink from them instead of giving us water.”

The Popular Mobilisation Units (PMUs), as the militias are officially known, have been a highly controversial facet of Iraq’s anti-IS campaign.

While the groups have been effective in fighting the militant organisation and command huge support from Iraq’s Shia population, they have been frequently criticised for their sectarianism and atrocities carried out against Sunnis, whom they often accuse of being implicit IS supporters.

The torture revelations are likely to prove an embarrassment for the Iraqi government and their US allies, who have been attempting to portray the fight against IS as a national cross-sectarian struggle.

Haider al-Abadi, the Iraqi prime minister, previously set up a committee to examine “any violation to the instructions on the protection of civilians”.

Grand Ayatollah Ali al-Sistani, the most revered Shia cleric in Iraq, has also issued guidelines intended as a code of conduct for forces fighting IS and aimed at curbing abuses.

Some PMU leaders have attempted to improve their images by recuriting more fighters from non-Sunni backgrounds.

"Having this diversity helps us liberate more cities," said Diaa al-Hasnawi, a senior commander in the Abbas Battalion, speaking to Middle East Eye. "If we have Kurdish fighters it is easier to liberate Kurdish cities, because of their families the know how to deal with them."

Despite the presence of around 6,000 Sunni PMU fighters, the PMUs have so far been prevented from entering the centre of Fallujah, over concerns of reprisals against civilians.

On Saturday, the influential leader of the Badr Organisation - an Iran-linked Shia militia - Hadi al-Amiri, who has been involved in directing operations against IS fighters near Fallujah, warned that the PMUs would enter the city eventually.

“No one can stop us from going there,” he said at a commandeered farmhouse about a mile west of Fallujah.

“Right now, the only thing that is stopping us from going there are civilians," he added.

Iraqi forces launched a vast operation on 22-23 May to retake Fallujah, which lies only 50km west of Baghdad and is one of IS's most emblematic bastions, a dense city where US soldiers in 2004 suffered some of their worst losses since the Vietnam War.

The first phase of the operation was aimed at sealing the siege on the city by cutting the group's supply lines in outlying areas, including in Saqlawiya, but the Iraqi forces have been moving slowly, only making some forays into some southern neighbourhoods.

Growing numbers of families reaching camps south of Fallujah told horrific accounts of how IS shot at them as they fled, but there was still no escape for the 50,000 people still believed trapped in the city centre.

"The operation to liberate Fallujah could have been completed in days but we put the safety of civilians first," Prime Minister Haider al-Abadi's spokesman Saad al-Hadithi said.

Out of the approximately 18,000 people who have reached displacement camps south of Fallujah since the offensive began two weeks ago, only a handful lived in the city. 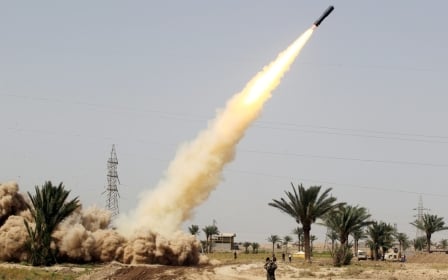