4 killed in clashes between Iranian Revolutionary Guards and Kurdish group 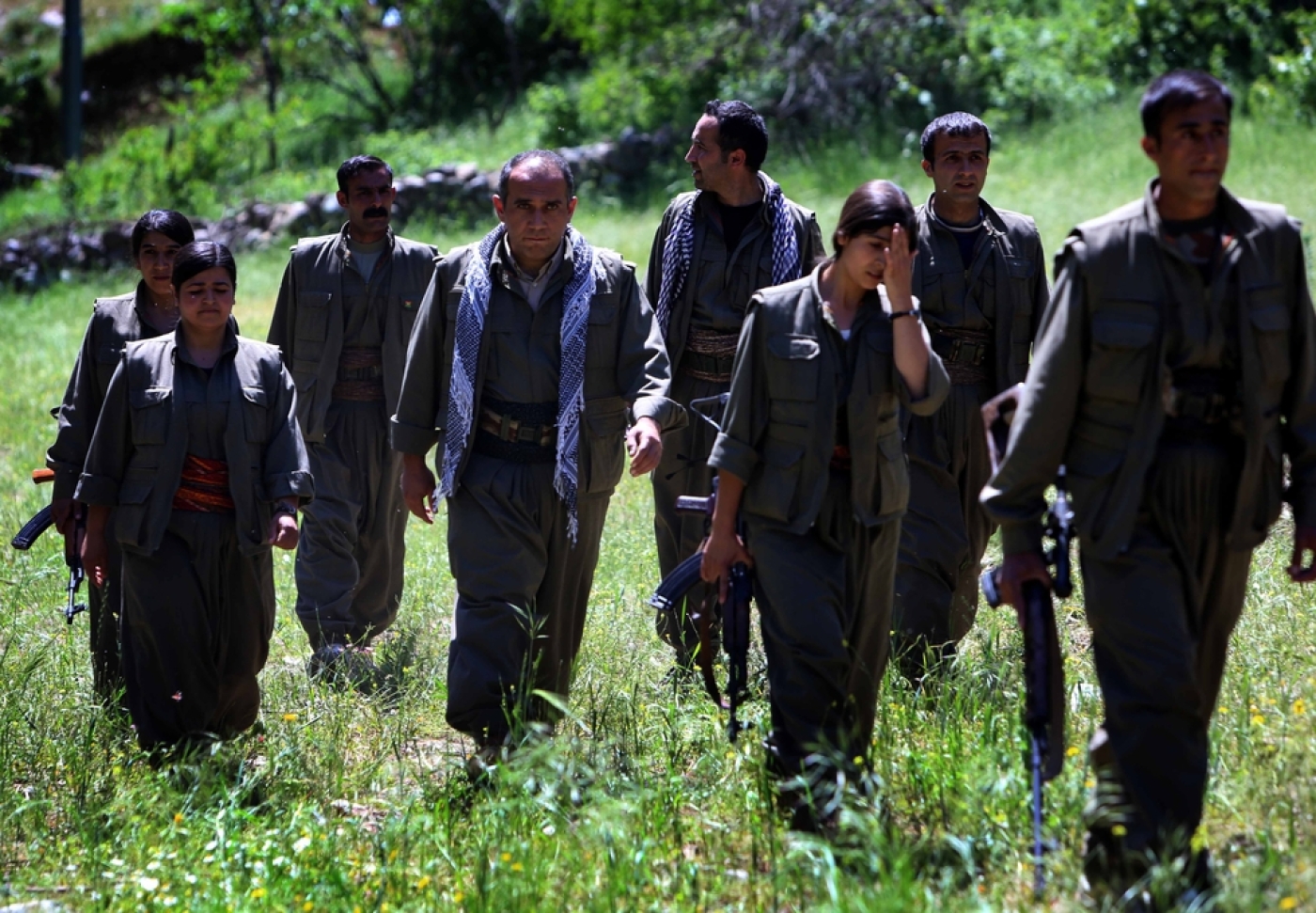 Rezan Javed, leader of the Party of Free Life of Kurdistan (PJAK), is surrounded by militants as he makes his way to a press conference in the Qandil mountains (AFP)
By
MEE staff

Four people have been killed in clashes between the Iranian Revolutionary Guards (IRGC) and members of the Party of Free Life of Kurdistan (PJAK) in northeastern Iran.

"Two PJAK terrorists were killed and five were injured," said Sivani, adding that two Revolutionary Guards had also been killed.

The fighting reportedly happened near Razi-Kapikoy, a border crossing between Iran's West Azerbaijan province and Turkey's Van province which has been closed for 10 days as a result of the deteriorating security situation in Turkey.

IRNA also reported on Tuesday that PJAK killed a Revolutionary Guard in an attack last week in Kermanshah, a city in western Iran.

PJAK, the Iran-based sister party to the Kurdistan Workers Party (PKK), has been engaged in armed struggle against the Islamic Republic since 2004 with an aim to secure greater autonomy and cultural rights for the country’s Kurds, as well as opposing theocracy and promoting women’s rights.

The city of Mahabad in Iran's West Azerbaijan province was the scene of anti-government protests by Iranian Kurds in May, after the death of a 25-year-old Kurdish hotel chambermaid, who fell to her death from a fourth-floor window, with rumours circulating that an Iranian official had attempted to rape her.

Though PJAK initially played a minimal role in the protests, they later raided an Iranian checkpoint killing two Iranian personnel.