Galip Dalay
Since a common Kurdish public sphere has emerged in the Middle East, a well-crafted regional policy has become a necessity for Turkey 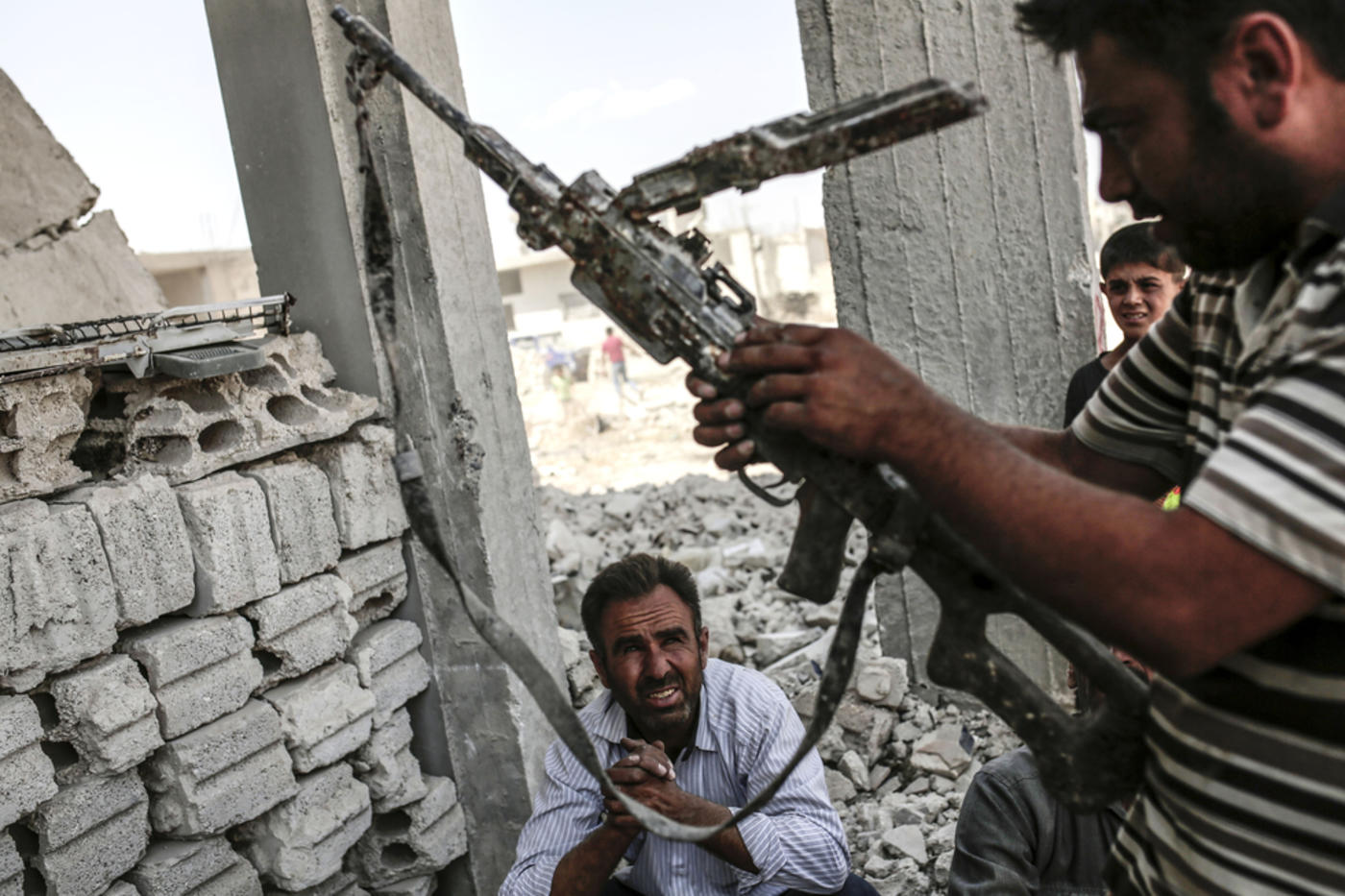 This is not to say that Turkey has never had a regional Kurdish policy. Indeed, Turkey did have one for the majority of its modern history, albeit quite a problematic one. Turkey’s then regional Kurdish policy was not very different from its handling of its domestic Kurdish issue. As assimilation, denial and repression were the basic traits of Turkey’s policy towards its Kurds internally, rejection, confrontation, and collaboration against any Kurdish gains were the hallmarks of its policy towards the Kurds outside.

When this policy proved ineffective, a new policy was introduced: playing the different Kurdish groups off against each other. For a period, this new policy appeared to bear fruit. In this policy’s heyday in the 1990s, intra-Kurdish politics were denoted by friction, deadly rivalries, and factional, internecine struggles, which created amenable context for this policy to work. Back then, there were three primary Kurdish groups which were at loggerheads with each other. And the fights and rivalries largely took place amongst these forces on two levels.

First, on the Iraqi Kurdish scene, the rivalry there took place between the Kurdistan Democratic Party (KDP), led by the current Kurdistan Regional Government (KRG) President Masoud Barzani, and the Patriotic Union of Kurdistan (PUK), led by the now ailing former president of Iraq, Jalal Talabani. This intra-Kurdish civil war cost Kurds much blood, treasure and prestige. It significantly weakened them politically, and led to the creation and subsequent entrenchment of a dual administrative structure in Iraqi Kurdistan, with one administration led by the PUK and administered from Sulaymaniyah and another led by the KDP and governed from Erbil. This significantly undercut the Kurds’ position vis a vis the central government in Iraq.  Iraq, Iran and Turkey, in one way or another, involved themselves in and manipulated this conflict.

Second, on the regional Kurdish political scene, another deadly rivalry occurred between the PKK and the KDP. Inflamed by different ideological inclinations (the Marxist PKK versus conservative-nationalist KDP), geopolitical ambitions to be the primary Kurdish power in the region, and by the personal enmity between the respective leaderships of Ocalan and Barzani, this conflict also cost the Kurds much blood and widened the gulf between different Kurdish political groups.  Seeing the PKK as an implacable enemy, Turkey threw its lot behind the KDP in this fight.

In 1998, Barzani and Talabani signed the Washington Agreement under the auspices of the United States of America. This agreement terminated the intra-Kurdish friction and civil war in Iraqi Kurdistan. Nevertheless, it did not terminate the dual governance of Iraqi Kurdistan between Erbil and Suleymaniyah. This had to wait until the aftermath of the US invasion of Iraq.

The KDP and PUK agreed to create a “joint higher leadership” in Iraqi Kurdistan under the chairmanship of the two party leaders, Barzani and Talabani, in 2003. This joint leadership later morphed into a single administration with a single president and a rotating prime ministry between the KDP and the PUK. With this agreement and rapprochement, the armed phase of the rivalry between the two groups was put to a rest. This, in turn, strengthened the Kurdish position vis a vis the Iraqi central government and gave moral power to their demands as they started to be viewed as national rather than factional ones.

Likewise, with Turkey’s capture of the PKK leader Abdullah Ocalan in 1999, the rivalry between the KDP and the PKK, or Ocalan and Barzani, gradually faded away as well. The fact that the PKK declared a ceasefire after Ocalan’s capture aided this rapprochement.

Therefore, starting from the early 2000s and until recent years, intra-Kurdish politics have been conciliatory and cooperative in nature.  The lack of infighting and reduced attempts by factions to cultivate animosity towards each other created a significant social constituency for a common Kurdish public sphere, which was further bolstered by and came into full display during the fight between ISIS and the Kurds in 2014-15.

This period also coincided with the time when Turkey considerably changed its previous understanding of the Kurds. The early 2000s had heralded a new beginning in the state’s approach towards the Kurds. The Kurdish issue was no longer seen solely through the prism of security. Military means were no longer seen as the “magic” formula to settle it. The then prime minister, now president, Recep Tayyip Erdogan, recognised the existence of the Kurdish issue and vowed to settle it politically in 2005. Since then, different attempts were made to solve the issue.  This new state approach towards the Kurds illustrated itself most noticeably in its relations with the KRG. Starting from 2007-2008, Turkey and the KRG began to form cordial relations, which later evolved into what many call strategic relations.

However, this picture suffered a significant setback with the onset of the Arab Spring, particularly with the Syrian imbroglio. The Syrian crisis functioned as a precipitating factor for Turkey to embark on its most ambitious peace initiative to date with the PKK by engaging its top leader in talks with the full knowledge of the public. The emergence of the Kurdish dimension of the Syrian crisis in the summer of 2012 put extra pressure on the decision-makers in Ankara to find a political solution to the Kurdish issue. Yet this Kurdish dimension lessened the resoluteness of the PKK to seek a speedy settlement.

The PKK began to believe that once its gains in Syria were consolidated, it would be able to sit down with Turkey with a strengthened hand, demanding tougher concessions. Hence, it regarded the evolution of Turkey’s Kurdish peace process as being contingent upon developments in Rojava, the Kurdish term for the Kurdish part of Syria, and Turkey’s approach towards it. Ultimately, the fight between the Kurds and the Islamic State group has only further aggravated the relations between Turkey and the regional Kurds.

There is no doubt that the same process also rekindled old intra-Kurdish rivalries. The old feuds resurfaced with new causes and narratives: be it dominating the Kurdish political scene in Syria, as it is between the PKK and KDP, or vying for hegemony on the Iraqi Kurdish political scene, as it is between the KDP and the PUK. Nevertheless, this rivalry is unlikely to manifest itself in armed conflicts.

Unlike the 1990s, the Kurds have too much at stake to engage in deadly infighting: a quasi-independent state in Iraq, a fledgling autonomous region in Syria, and a strong political presence in Turkey. And there is growing recognition that these gains can only be maintained through cooperative relations amongst the Kurdish groups. Likewise, unlike in the 1990s, there is a strong Kurdish public sphere which makes it unlikely for such infighting to recur on a violent level.

Despite this trend, Turkey currently lacks a general, regional Kurdish policy. Turkey thus far has adopted a piecemeal approach to the Kurds of the region. It formed cordial if not strategic relations with the KDP while securitising the PYD of Syria. This strategy can only work while intra-Kurdish politics is denoted by strife and tension rather than cooperation. Therefore, this strategy is vulnerable to intra-Kurdish political developments and is hence untenable in the long-term.

Turkey, thus, needs to adopt a holistic approach towards the Kurds in the region. Any bet on or investment in the bygone era’s strategies is likely to prove a failure. Crafting a regional Kurdish policy is long overdue.

Photo: A man carries a seized weapon from IS (Islamic State) on September 6 ,2015 in Kobane, northern Syria. Syrian Kurds have carved out an autonomous region in northern Syria. (AFP)