Abbas warned the move would have a 'disastrous impact' on the peace process, two-state solution, and stability and security of the entire region 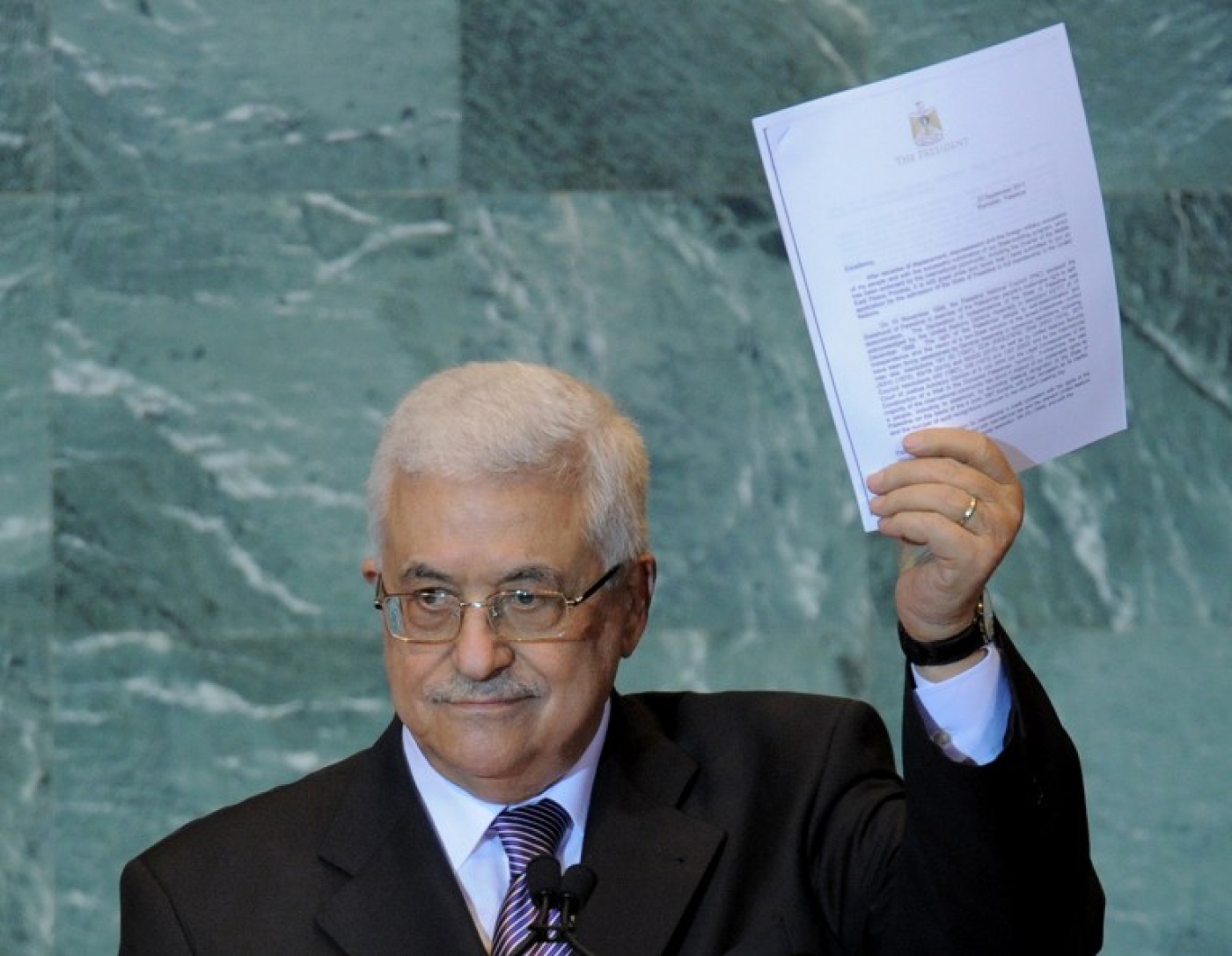 Mahmoud Abbas holds a copy of the letter requesting Palestinian statehood as he speaks during the United Nations General Assembly on 23 September, 2011 (AFP)
By
AFP

Palestinian President Mahmoud Abbas has written to US President-elect Donald Trump, urging him not to move the American embassy to Jerusalem, official Palestinian media said on Monday.

The Palestinian news agency Wafa did not say when the letter was sent but said it aimed to explain the "risks" of moving the embassy from Tel Aviv to Jerusalem.

Abbas warned the move would have a "disastrous impact on the peace process, on the two-state solution and on the stability and security of the entire region," Wafa said.

President Abbas sends letter to president-elect @realDonaldTrump not to go ahead with moving US embassy to Jerusalem https://t.co/yJCQCrpRzX pic.twitter.com/jZvs5GbYFt

Trump has said he plans to relocate the embassy from Tel Aviv to Jerusalem in a controversial move bitterly opposed by Palestinians as a unilateral action while the status of the city remains contested.

Israel supports the move and has encouraged previous presidents to take similar steps to no avail.

Abbas also sent letters to other world powers including Russia, China and the European Union, calling on them to "spare no effort" to prevent the United States from making the move, Wafa said.

Palestine and Israel clash over Jerusalem

The Palestinians regard Israeli-annexed east Jerusalem as the capital of their future state, while Israel proclaims the entire city as its undivided capital.

The United States - along with most UN member states - does not recognise Jerusalem as Israel's capital, and the city's status is one of the thorniest issues of the decades-long Israeli-Palestinian conflict.

However in the new year, Republican senators introduced a bill to recognise Jerusalem as Israel's capital and relocate the US embassy there from Tel Aviv.

Trump spokeswoman Kellyanne Conway last month told a US radio channel moving the embassy was a "very big priority" for the president-elect.

Trump has also nominated David Friedman, a supporter of Israeli settlements in the West Bank, as his ambassador to the Jewish state.

In a Trump transition team statement last month, Friedman said he wanted to work for peace and looked forward to "doing this from the US embassy in Israel's eternal capital, Jerusalem".

Israel captured east Jerusalem in the Six-Day War of 1967 and subsequently annexed it in a move never recognised by the international community.